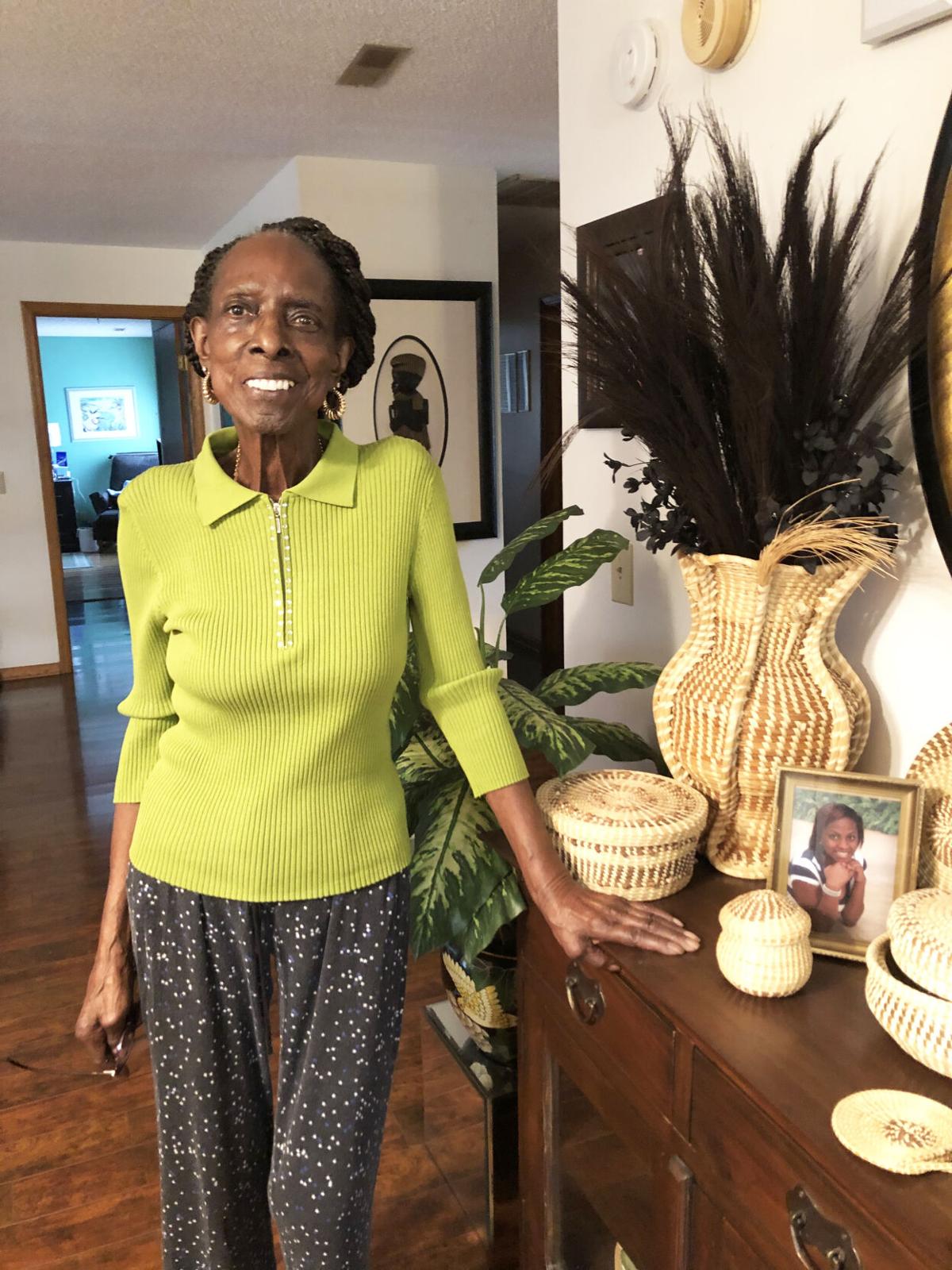 Thomasena Stokes-Marshall at her home in Mount Pleasant. 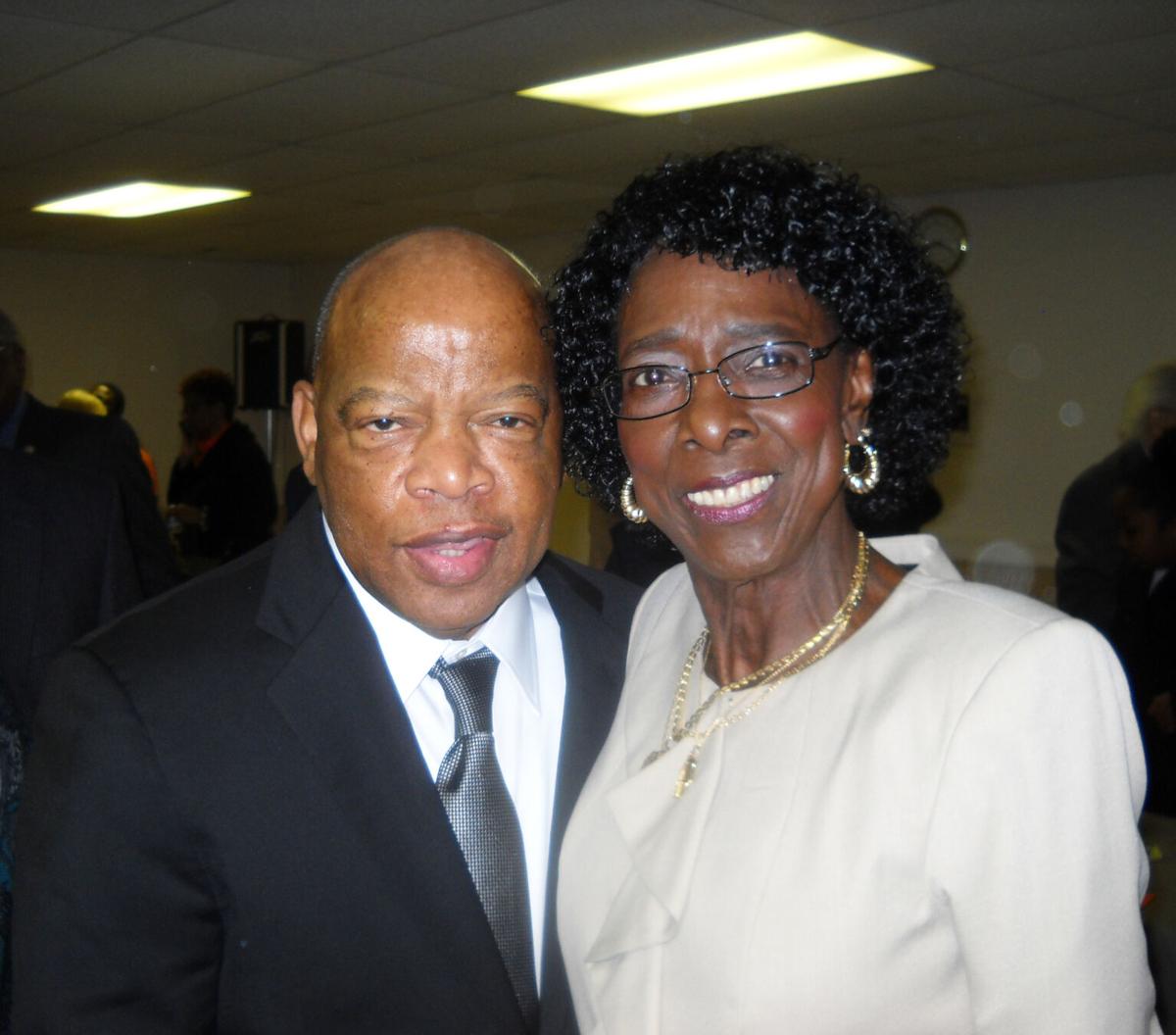 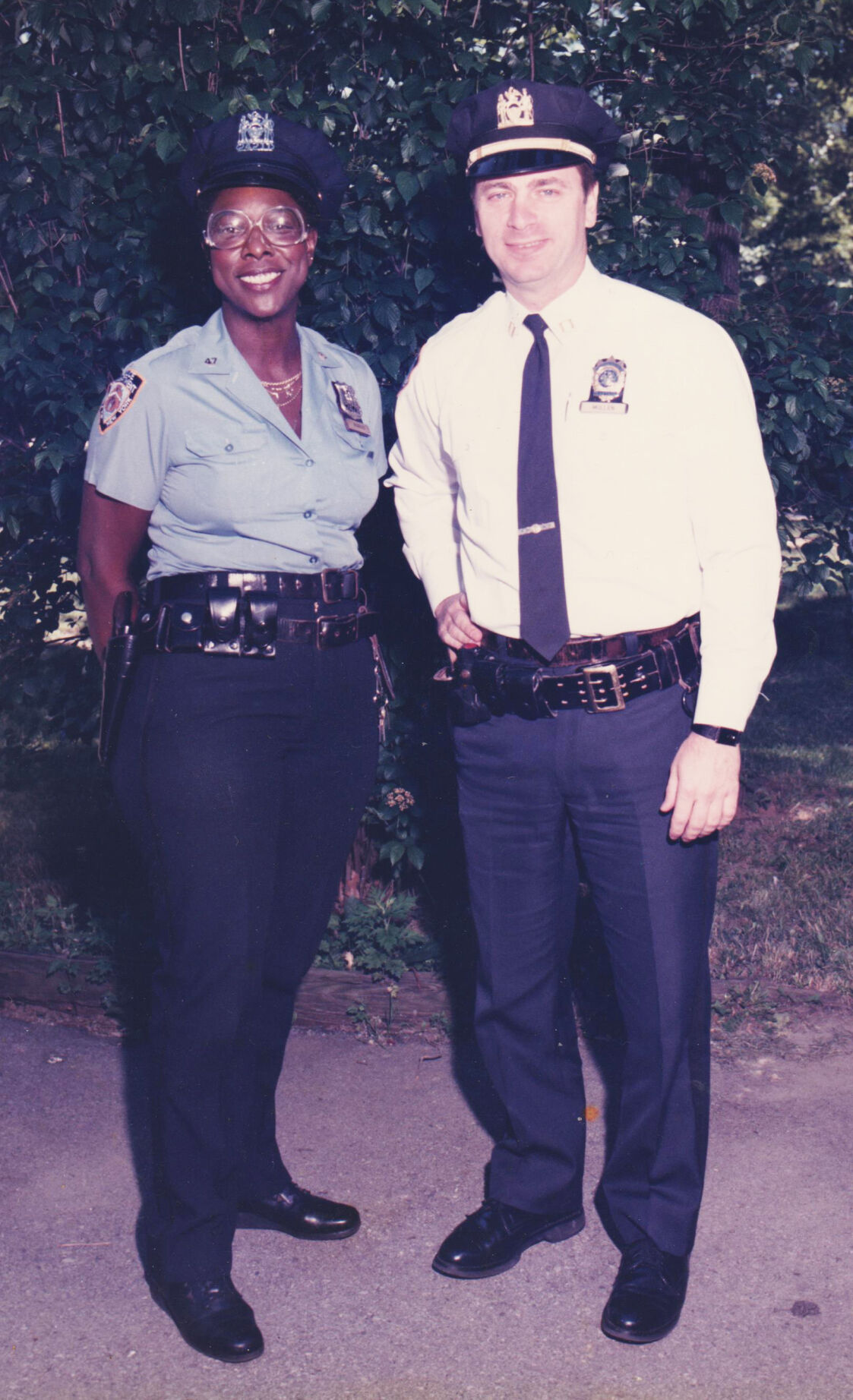 Thomasena Stokes-Marshall during her days as a police officer in Bronx, New York. 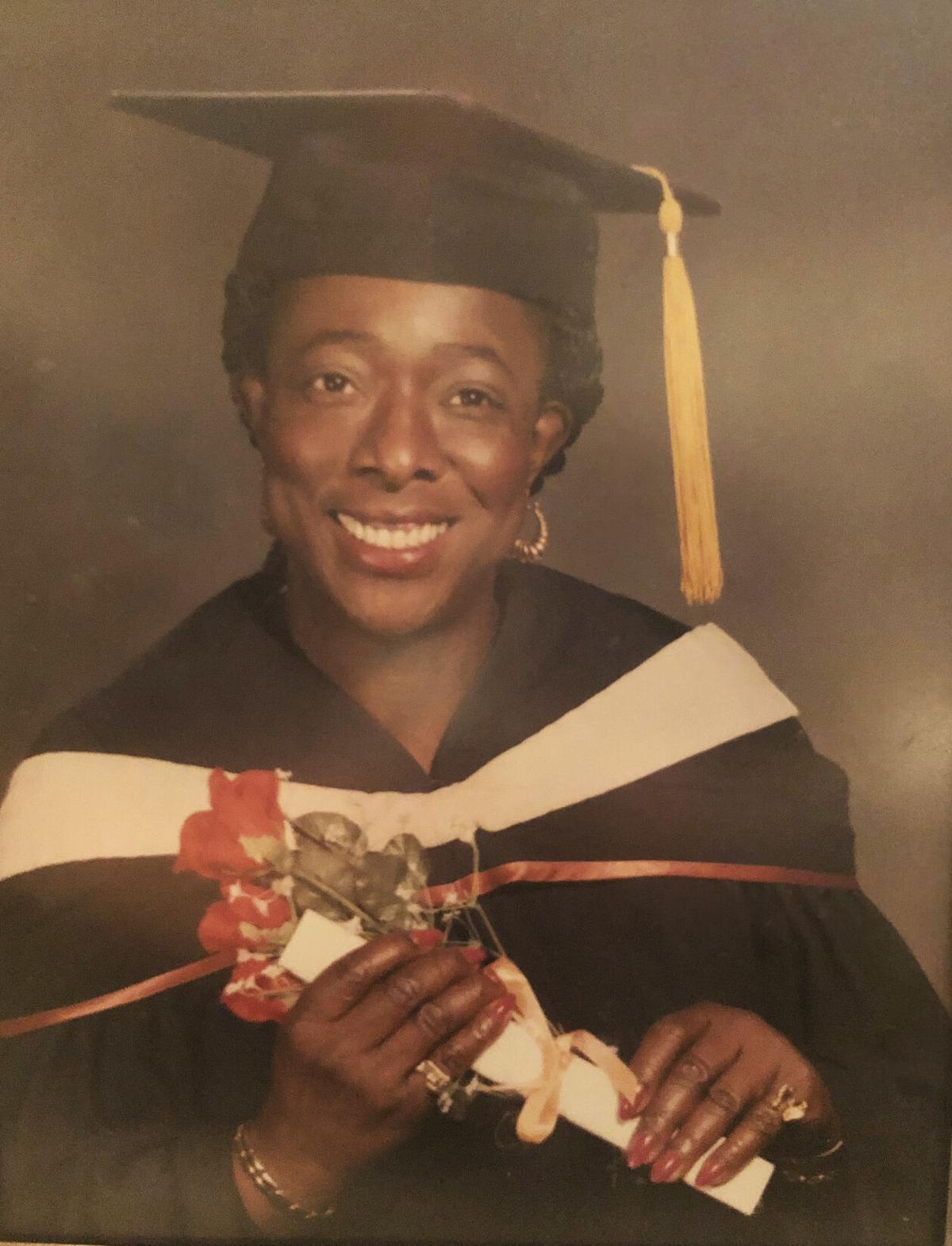 Thomasena Stokes-Marshall as a young graduate. 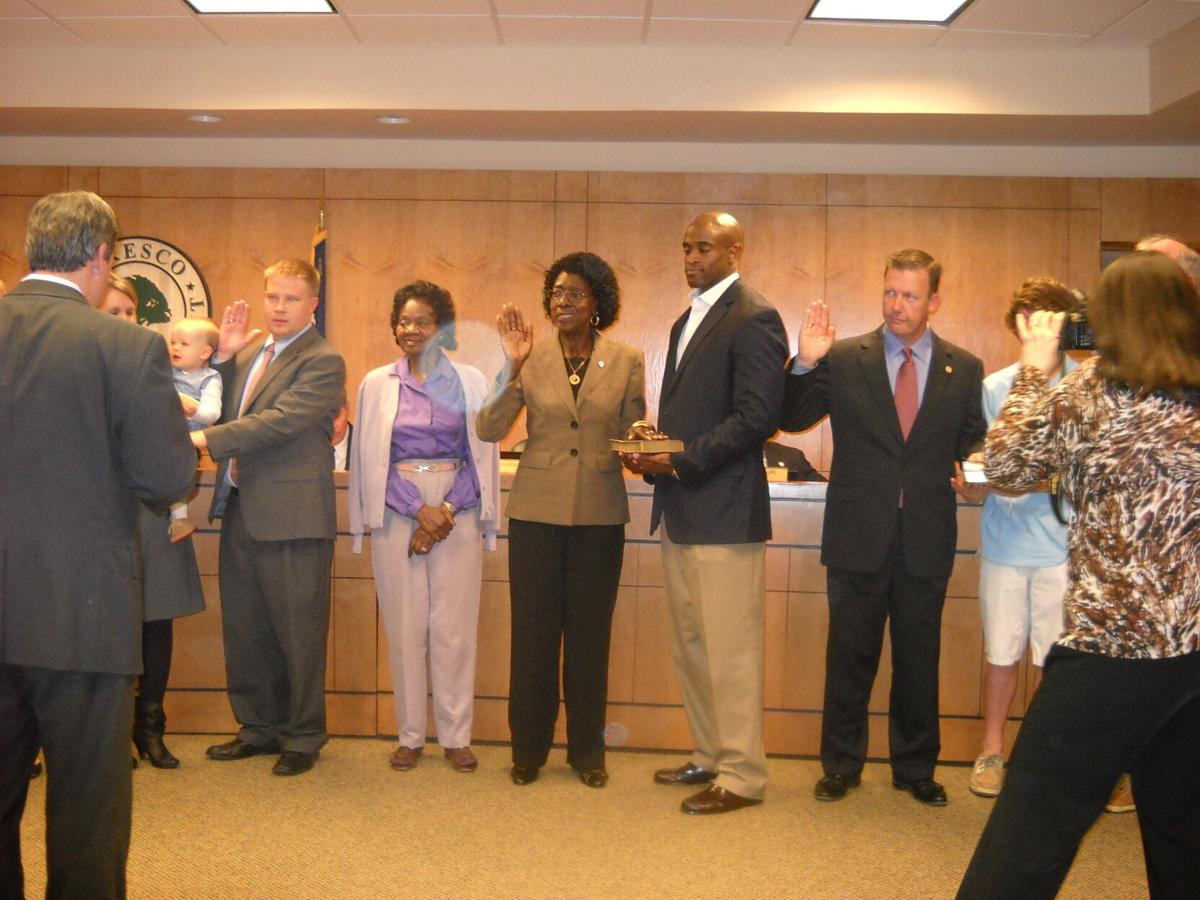 Thomasena Stokes-Marshall at her home in Mount Pleasant.

Thomasena Stokes-Marshall during her days as a police officer in Bronx, New York.

Thomasena Stokes-Marshall as a young graduate.

Her roots in Mount Pleasant run deep, even though a great deal of her life was spent elsewhere. Her grandparents, the descendants of slaves, purchased land, raised a family and worked their farm, living off the land, planting crops, raising animals, fishing, crabbing and shrimping.

Thomasena Stokes-Marshall was the first and, so far, only African American on Mount Pleasant Town Council, serving four terms from 1998 to 2015. In that role, she established a senior center, which bears her name, for the community and founded the Sweetgrass Cultural Arts Festival Association.

She has been active in myriad charitable organizations, particularly East Cooper Meals on Wheels, East Cooper Habitat for Humanity, the International African American Museum and the Mount Pleasant Affordable Housing Task Force. All this, and more, following a successful career as a corrections officer and police detective.

Stokes-Marshall is a force to be reckoned with. Strong-willed, stubborn, outspoken and deeply dedicated to a life of service. Her life of over 80 years, she said, has “always been about the people.”

So what was the impetus for such a life? For Stokes-Marshall it was her parents. Although born in Mount Pleasant, her family moved to the Bronx in New York City when she was 5. She enjoyed life there and spoke fondly of playing with both Black and White kids in the city streets and of how she was protected from the racism of the Jim Crow era, especially in the South, while growing up.

But with two busy working parents, like many city kids, she had responsibilities at a fairly early age helping to care for her two younger brothers.

“My mom would give me instructions on how to take care of them, how to prepare food, make sure that when they went out to play and that when they came back in they were clean. So, at an early age because of the teachings of my parents I learned to be responsible for other people. I believe that has stuck with me pretty much all of my life.”

That sense of responsibility was evident when she got what she called her “first meaningful job” as a corrections officer for the New York State Department of Corrections. After five years, she took the exam for the NYPD and became a police officer in 1968.

“It was a time when women were just starting to enter into law enforcement. I served as a patrol officer. I had my beat I used to walk. Then I got assigned to radio patrol cars where I would respond to whatever jobs central assigned us to,” she said. “After doing patrol for 10 years I got promoted to detective and assigned to community affairs.”

It was in this role she learned the importance of community involvement. She began working with tenants and block associations, churches, schools and politicians.

“It opened up a whole new world for me in terms of dealing directly with the residents I was charged with serving.” Part of her job also involved bringing police leadership up-to-date on issues concerning the precinct. “In doing that I used to attend 20 to 30 community meetings per month. But it was good, because it got me out into the community. I got to know the people I served, they got to know me.”

When she retired in 1991, her Bronx community set up a surprise retirement party. “There were close to 2,000 people. It just blew me away. We had the police commissioner, the commissioner in charge of community affairs, the Bronx borough president was there. They awarded me a full length mink coat and a check for $2,500.”

Stokes-Marshall said she and her husband, Claude Marshall, retired about the same time and decided they wanted a house, rather than an apartment. “What we wanted and what we could afford was not available to us in New York City.” She said her parents owned land in Mount Pleasant and they gave her the land where her home sits today.

They built the home they’d dreamed of on that land. But things weren’t easy. Her mother suffered from Alzheimer’s disease and needed help. So, of course, Stokes-Marshall didn’t hesitate to take care of her. Those years, from 1993 until her mother’s death in 1996, helped her realize how much help caregivers also need. She started reaching out to different agencies and organizations “that could provide the kind of help I needed to help my mom.”

She found Meals on Wheels and they connected her with other agencies that could provide “a host of different services.”

“After my mom passed, I found myself with nothing but time on my hands,” she said. So, she decided since Meals on Wheels had helped her out it was her turn to help them. “My husband and I both became volunteers.”

The two started by packaging meals then began packaging and delivering. She said those deliveries took her into areas of the community that she would never have ventured into normally.

Her volunteer work led to a seat on the organization’s board of directors and then time as chairwoman of the board. Her next step was more involvement in other organizations.

Eventually, interested in knowing more about her community, she started attending Town Council meetings each month. She was shocked by its lack of diversity.

She sat in the audience and “they would have a brief conversation about an agenda item, someone would make a motion, second, and they’d either pass it or deny it. And I didn’t have a clue as to what was going on or what they were voting on.”

Frustrated, but determined to learn more, she met with the mayor at that time and discovered council members are assigned to committees and it is at the committee meetings where agenda items were discussed, recommendations made, and then sent to the full council for a decision.

“I made it my business to go to every single one of those committee meetings. It empowered me with information and the ability to understand how the process worked, who were the key players, the leaders and all of that,” she explained.

Finally, she decided, “I need to have a voice. I need to be the eyes, the ears, and the voice that’s representing people that are not being represented. I discussed it with my husband. He was always very supportive of whatever I wanted to do. So we agreed, ‘Let’s go for it.’ So I threw my hat in the ring in ‘96.” She lost that election, but only by about 300 votes.

Stokes-Marshall figured that if “I can come this close, let me keep doing what I’m doing.” So when the election came up in 1998 she ran again, and won.

Still, she said she can’t explain why no other Black residents have been elected since she left.

“You have had other African Americans who have run for a seat on the Mount Pleasant Council but they have not been successful,” she explained, adding that getting young Black men and women involved has been one of her biggest challenges.

“There are not too many African Americans who go to these meetings. But that’s where everything is brought to the table, discussed and decisions are made. If you are not sitting at the table to contribute to that discussion, to state your cause, your concerns, then the people who are sitting there — they don’t look like you, they don’t live in your community, so they are not going to address your issues. That’s why I ran for council.”

She is most proud of the Stokes-Marshall Senior Center, which she calls “one of the greatest accomplishments of my life.”

As a senior citizen herself she was aware of the “growing needs of our senior population.” The beginning of the idea, however, came quite by accident. She was at a conference and was asked if she had ever been to the James Island Senior Center. She hadn’t so she toured the place and her first thought was, “We’re going to have one of these in the town of Mount Pleasant.”

Easier said than done, however. A committee formed to “start the wheels turning” but there wasn’t much support from Town Council, with the exception of the mayor. The biggest problem was not having the land for a center. Again, fate stepped in. The head of the East Cooper Medical Center served on their committee and they learned the parent company, Tenet Healthcare, was buying land to build a hospital. The committee asked Town Council to send a request to Tenet to see if they would consider donating land for a senior center and Tenet said yes.

The next step was finding money to build the center. Stokes-Marshall successfully went to work finding grant money. The center finally became a reality in 2008 and by the end of its first year it had 1,500 members.

“My one regret is that it was put under the town’s recreation department.” She said she is concerned about the costs involved “for people who can least afford it.” Especially the additional cost for many minorities who are not town residents. Presently it costs $140 per year for residents and $280 for nonresidents of the town.

Stokes-Marshall continues to work as an activist in the community and shows little sign of slowing down much. So what does she attribute to her success?

“My parents instilled in me was that no matter who I’m dealing with, or whatever circumstances to always make the effort to treat people the way I want to be treated. And that has been a solid foundation for me throughout my life.”