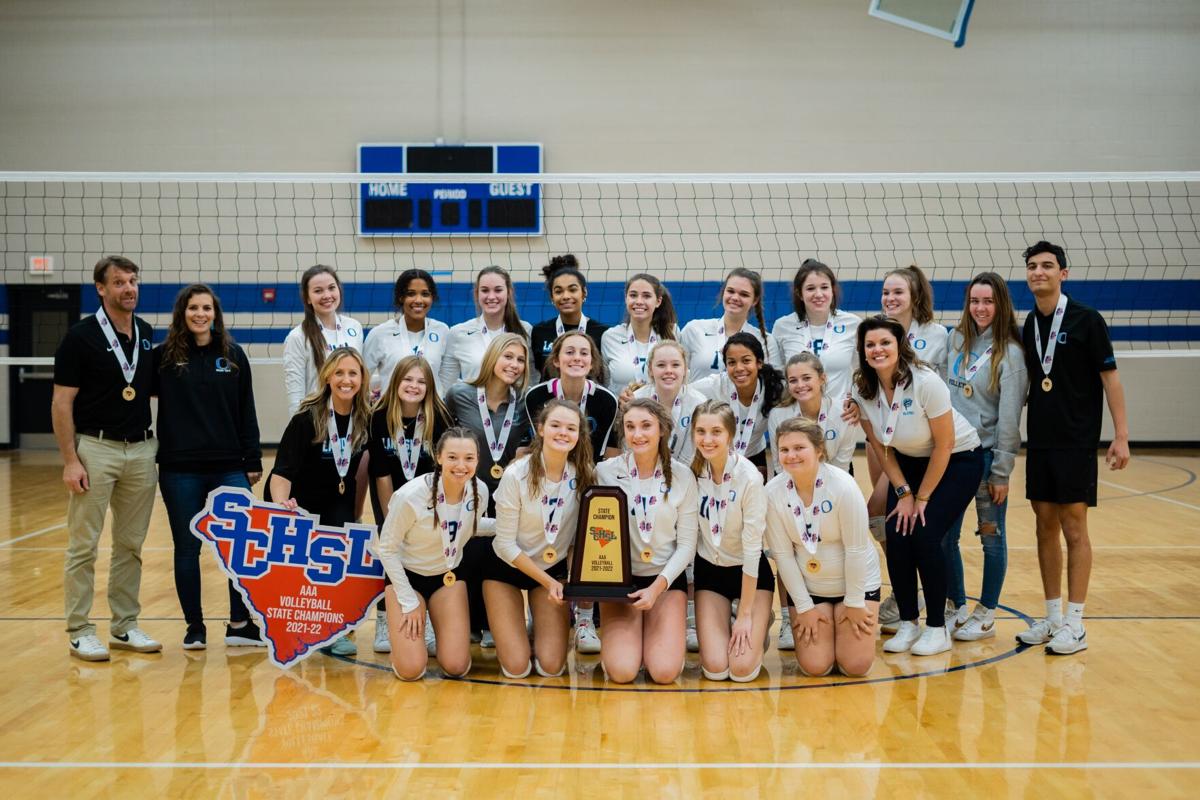 The Oceanside Volleyball team poses with the state championship trophy. 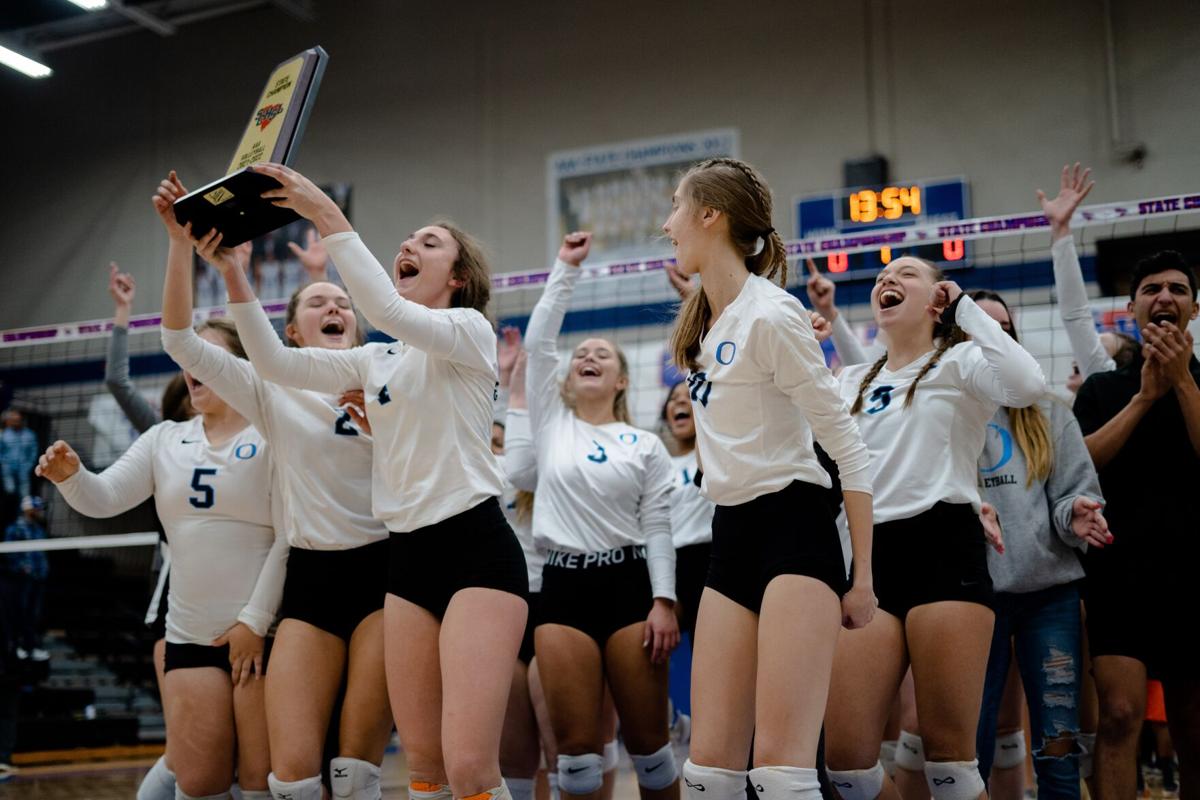 Correction: A previous version incorrectly stated that Oceanside beat Bishop England in the lower state finals 4-1. The actual score was 3-2 with Oceanside winning by one point in a tiebreaker.

Despite falling short at the Class AAA state championship three years in a row, the Oceanside Collegiate Academy’s volleyball team won their first state title in program history on Nov. 6.

“We all came in ready for it … We were hungry for this win,” said Carissa Fragola, a junior and one of the team captains.

Oceanside won all three sets against Wren High School from Piedmont, S.C. in the state championship game. “We just had the intimidating factor and we kind of used that to help win,” said Fragola.

Fragola said the first set was neck and neck, with Oceanside pulling out a 25-22 victory. The momentum of the first set carried through to the next two. Oceanside sealed the win in the last two sets scoring 25-16 and 25-10.

“I think the difference in this year is we really showed up confidently playing as a team,” said Piper Johnson, a senior who is also a team captain.

She said in the past the players didn’t play to the best of their abilities as a team and they were more focused individually. Teamwork is what made a difference in their success at the state championship, said Johnson.

Coach Jennifer Fort said the team was calm, confident and mentally prepared to take on Wren in the final game.

Johnson said the competition this season was more challenging compared to previous years. Usually, the team has a smooth path to the state championship, she said, even though the team hasn’t been successful in the final game until this season.

“It was really an eye opener to play these teams and it ultimately helped us prepare for State and I think that’s how we won,” said Johnson.

Oceanside met rival Bishop England in the lower state finals, the game that determined which team went to the state championship. Oceanside lost the Region 8-AAA championship game to Bishop England this year after splitting with them during the regular season forcing a tiebreaker to crown a region champion.

The lower state finals was Oceanside’s chance to get the final victory against Bishop England this season. In the five-set game, Oceanside won 3-2.

Fragola said the lower state victory prepared them for the state championship.

Fort, who took over as varsity volleyball coach right before the season started, said she is proud of the way the players handled all of the changes during the season. To be able to call themselves state champions is icing on the cake.

Fort gives credit to the team’s captains, Fragola and Johnson, for supporting the players in their athletic and personal development. “They really led the team both on and off the court to make sure that the girls were supported physically, emotionally, mentally,” said Fort.

After feeling like they let the school down the past few years without coming back with a state title, Fragola said it was satisfying to be able to finally get a ring.

“We really thought that this was our year and when everyone counted us out, we want to show them that we’re still strong and we can still do this, said Fragola.