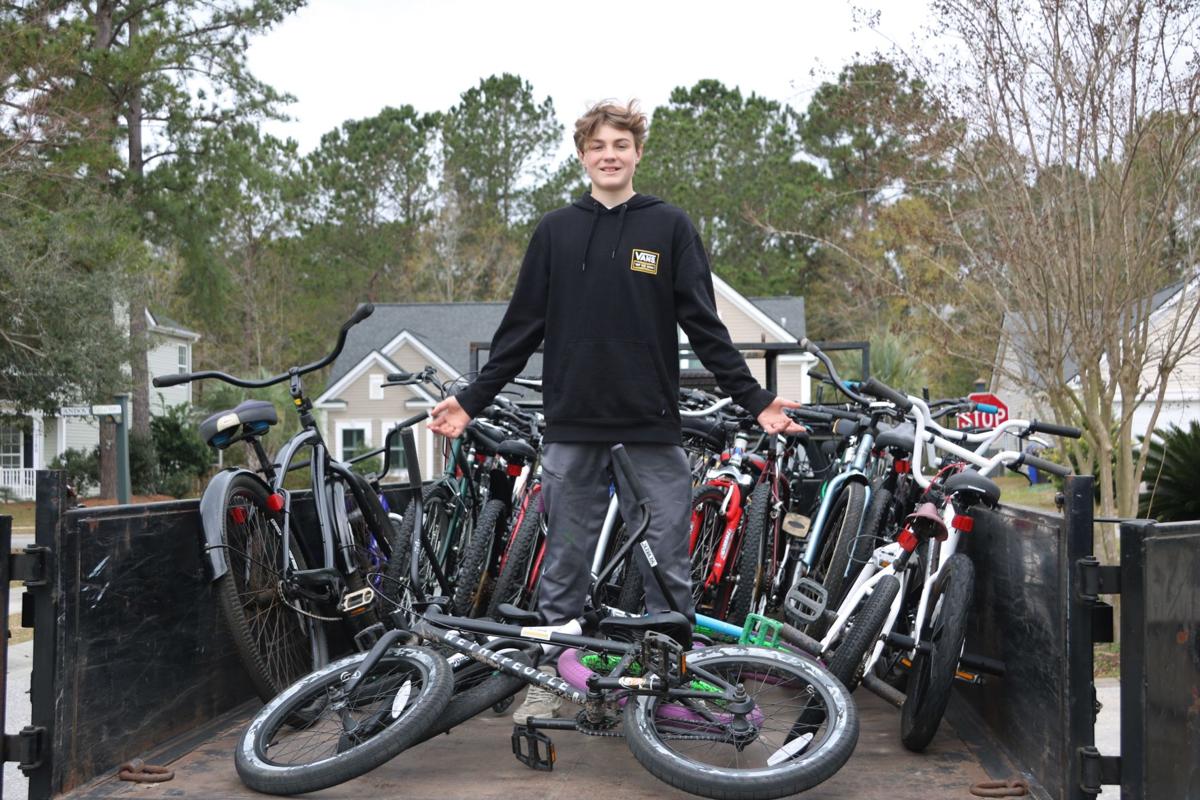 Mount Pleasant 14-year-old Luke Payne, eighth-grader at Christ Our King-Stella Maris School, poses with the 25 bikes he donated to Windwood Farm on Feb. 16. 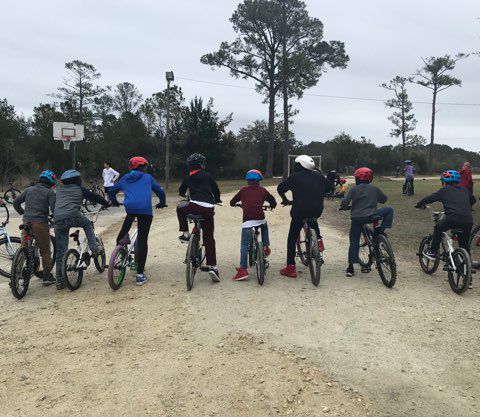 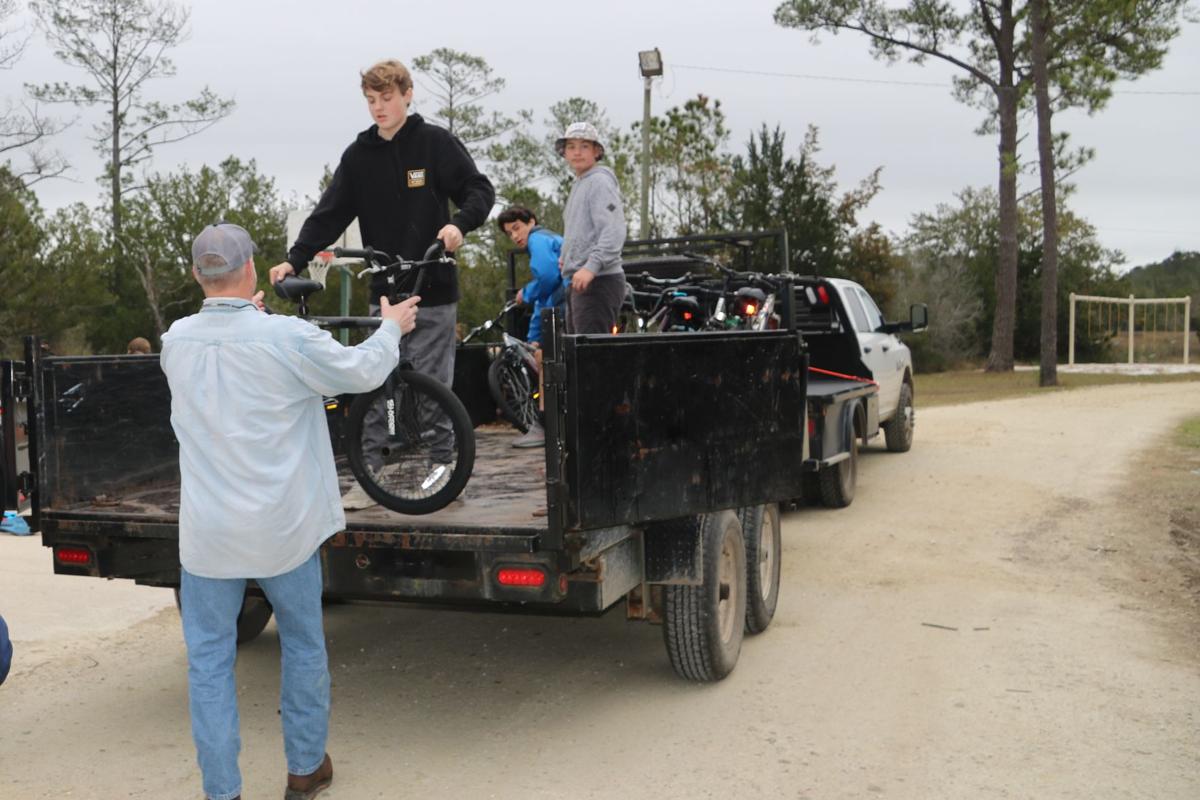 Payne unloads the donated bikes from a trailer on Sunday, Feb. 16. 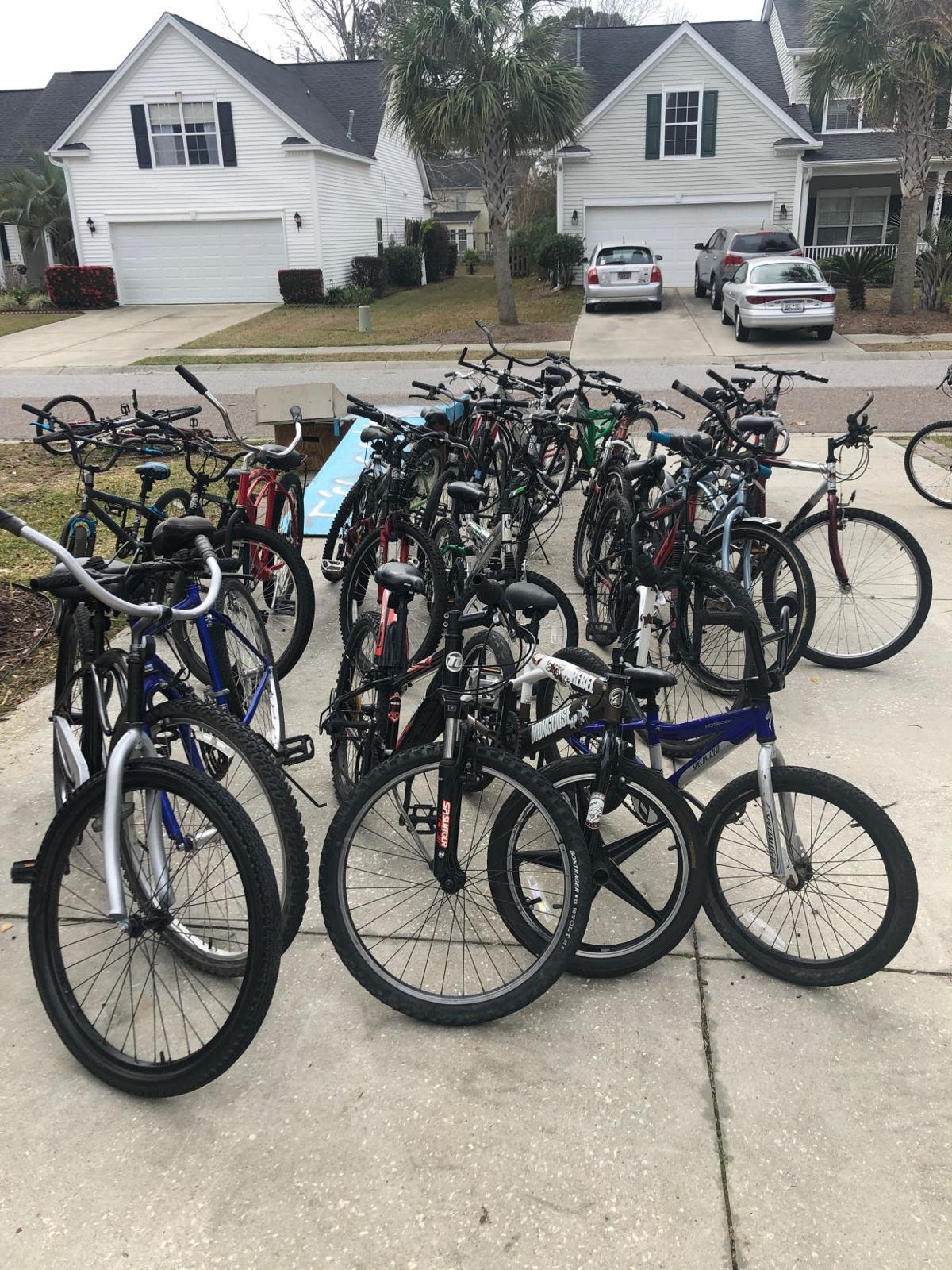 Payne stored the donated bikes in the garage at his home in Mount Pleasant.

The livelihood of 25 boys at a residential treatment facility was made a little bit better over the weekend. The boys’ happiness was a result of 25 bicycles donated by a single teenager.

On Sunday afternoon, Feb. 16, Mount Pleasant 14-year-old Luke Payne and his family dropped off a trailer of used and refurbished bicycles to Windwood Farm Home for Children in Awendaw. The delivery was a surprise but both parties are still shocked with excitement and overjoyed.

“We were just really tickled that somebody chose our charity,” said Debbie McKelvey, Windwood Farm’s executive director. “Especially somebody young stepping up and doing something like that; it’s very meaningful to us.”

Since 1985, the private non-profit care program has been housing children 6 through 16-years-old to prevent abuse and neglect. Some children are homeless, the majority are in custody of the state after several previously failed placements.

The program is not designed to be a forever home but a long-term place of stay before reintegration into society. Whether it means getting them prepared for adoption or a foster home.

“They’re not coming with what a lot of kids in Mount Pleasant have: a garage full of toys or a house full of electronics,” McKelvey said. “These are kids who come to us with clothing and shoes that don’t fit, stuffed into a little bag.”

The donation started off as a Catholic service project for his Confirmation at the beginning of Luke’s eighth-grade year at Christ Our King-Stella Maris School.

“I decided since I like working with bikes and riding bikes, I wanted to fix bikes and give them to kids that wouldn’t have them,” he said.

The post had to be taken down because the Paynes couldn’t physically fit any more bikes in their garage.

During the weeks leading up to the donation to Windwood Farm, Luke and his friends would test the bikes out and work on the ones that needed fixing. He had a sticky-note system to identify what type of maintenance each bike required.

The fruits of Luke’s labor came to fruition on Sunday when he saw the 25 joyous smiles staring back at him at Windwood Farm. It was at this point he truly understood the impact he made.

Natalie commented how cool the frenzy of emotion was and said it was neat seeing the boys racing around and popping wheelies.

“They were super excited. They literally ran out of the house,” she said.

Unfortunately, joy-filled moments like these are few and far between.

“Frequently the children that we work with are children that there is nobody really thinking about them or trying to do something really nice for them,” McKelvey said. “For them, any type of generosity they look at it as something unusual.”

Biking is a big deal at Windwood. It’s one of the most sought-after recreational activities on the 110-acre campus aside from fishing on its 30-acre lake. However, prior to the Paynes’ donation, there were only a handful of bikes for the boys to share.

The bikes will not only provide the boys a source of daily outdoor recreation and physical therapy. According to Mckelvey, it will also instill a sense of ownership, independence and boost their morale.

“This is a pretty big deal. We don’t see that many students who are going out and hitting the pavement trying to make a difference in the lives of kids,” McKelvey said.

McKelvey added that the donation meant even more because it showed the time and energy Luke spent to give such an age-specific gift. His friend, 13-year-old Evan Brown from Mount Pleasant, also contributed by collecting clothes and shoes.

Windwood has served more than 700 young boys and adolescents in its 35-year history and is currently licensed to serve 27 children at a time. The organization is working on renovations to expand its capacity for another five to eight children. For more information, visit windwoodfarm.org.