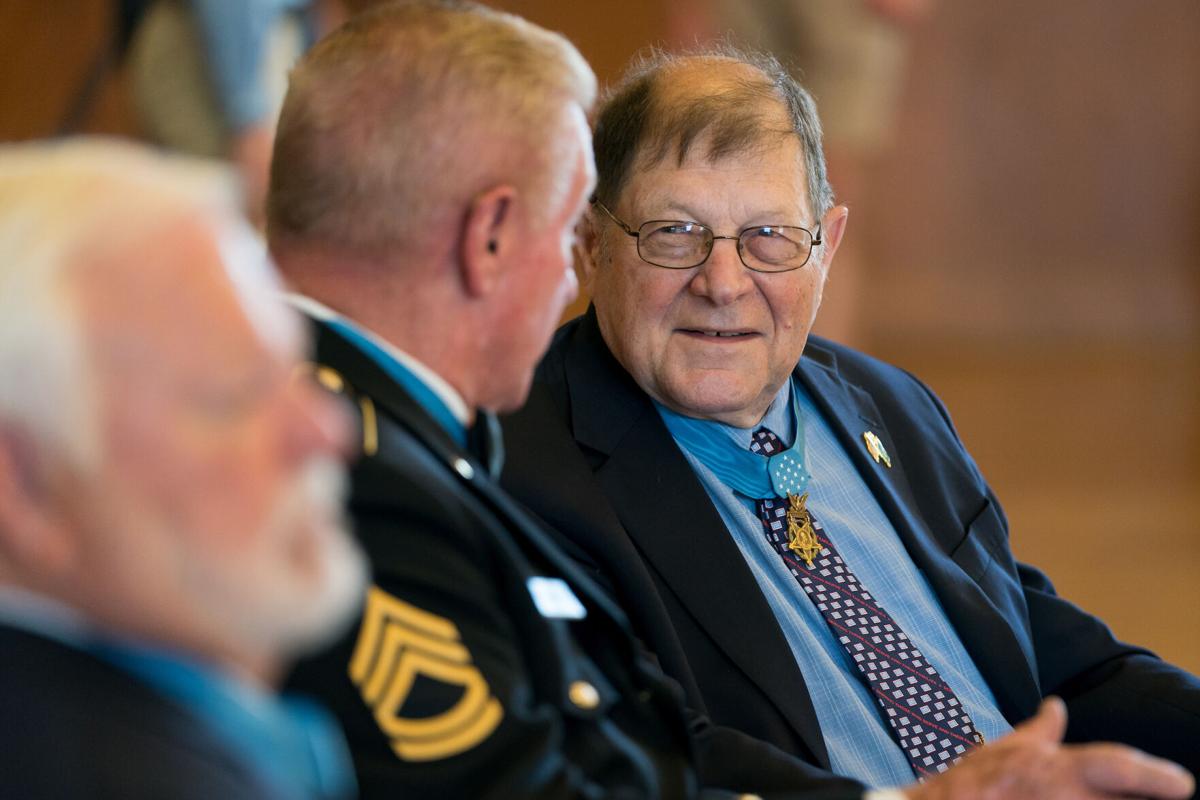 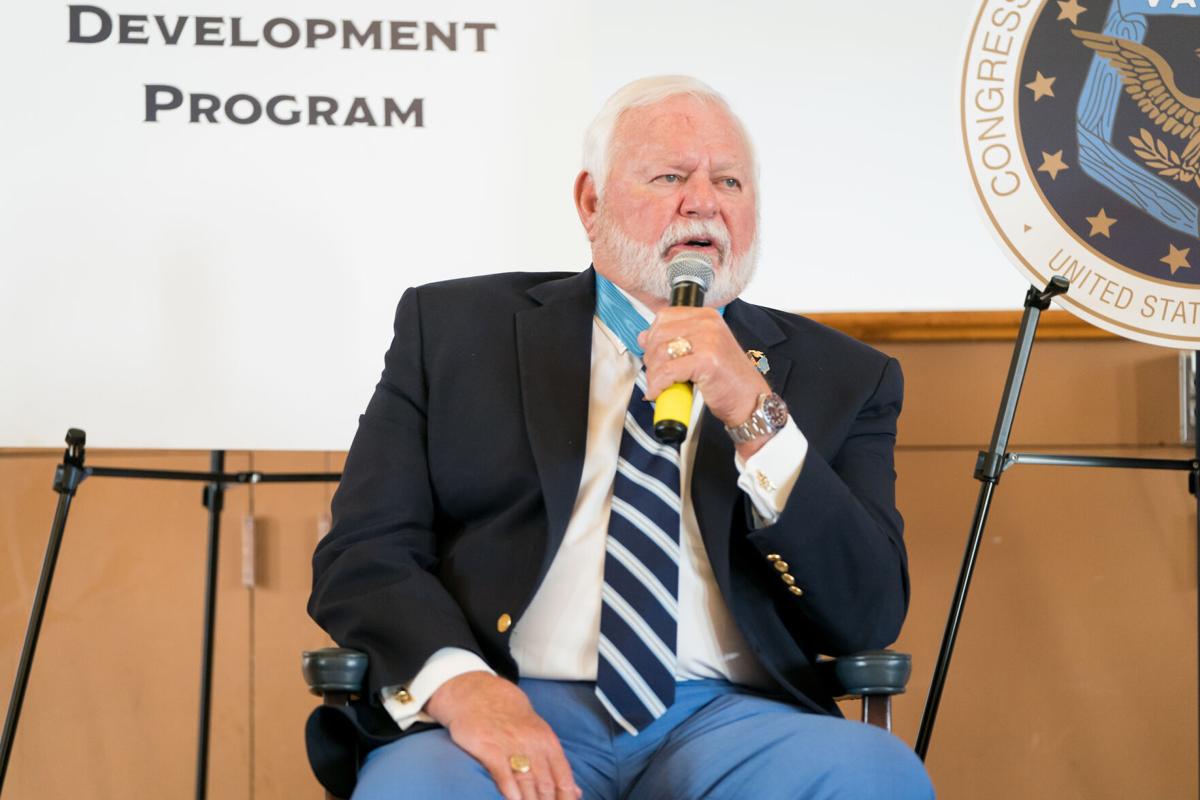 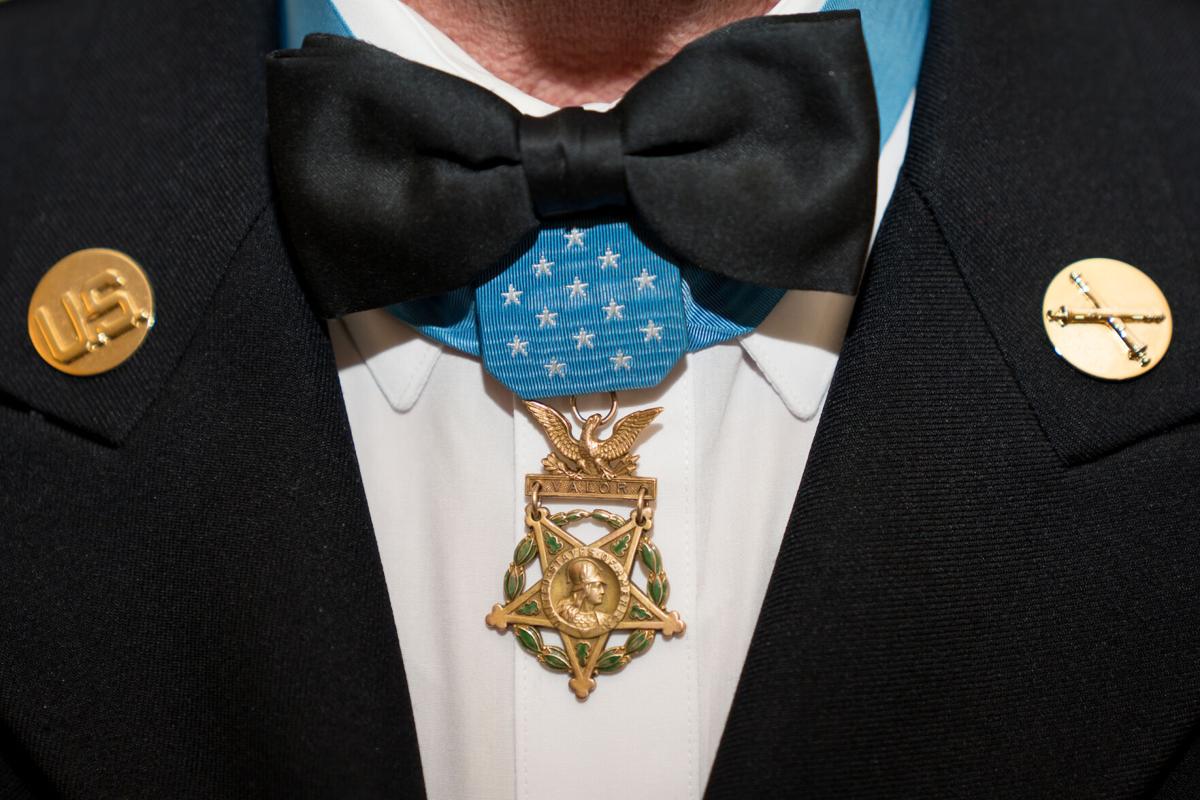 A detail of Sammy Davis’ Medal of Honor before an address to Citadel Success Institute students in Mark Clark Hall’s Buyer Auditorium at The Citadel on July 14. 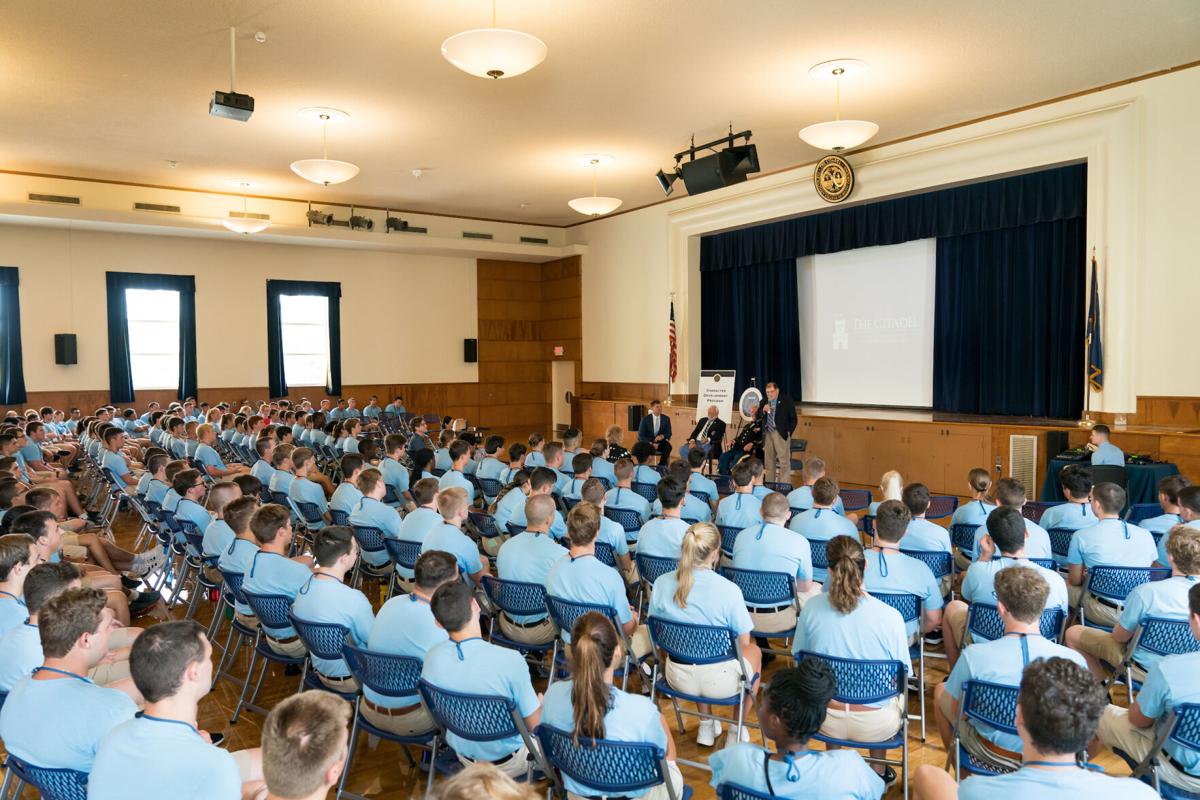 A detail of Sammy Davis’ Medal of Honor before an address to Citadel Success Institute students in Mark Clark Hall’s Buyer Auditorium at The Citadel on July 14.

What does it take to be successful in life and serve your country honorably? Three Congressional Medal of Honor recipients recently spoke to the Citadel’s upcoming Class of 2025 as part of their introduction to the college. The students, young men and women attending The Citadel Success Institute, asked questions of the three men, noted for their courage and sacrifice, to learn more about the qualities of leadership.

One of the first questions asked was “What character traits and character traits you think are necessary to serve our country?” After a brief moment of reflection Sgt. Davis said, “It’s a matter of being yourself and don’t lose faith.” He said it doesn’t matter if a person is in combat or just doing an everyday job. “You’ve got to be a model for people to look at and say ‘I want to emulate that.’”

Davis added it was important that “You learn from your mistakes … you have to look at those mistakes and learn from them and hopefully that will help you be successful and you won’t make the same mistake again.”

Fritz agreed. “We all make mistakes as we live and learn. That’s what living and learning is all about. What you have to do, is learn how to correct the mistakes that you have made, and then continue.” He said it was important to keep trying. “So you have to correct the course and keep on. That’s what is also important in life is to give it all that you have every day. Yes, we will all make mistakes. What’s important is that you correct and keep your course as straight as possible. That’s one of the things that this institution is teaching.”

Thornton emphasized it was vital to “Figure out how you can better yourself… you got to walk the walk, you gotta want to help. You gotta want to be the person that you need to be.”

Developing discipline and leadership skills was a common theme of many of the questions asked of the three men.

“You have to have discipline in your life to serve. That’s what I’ve discovered,” Fritz said to the cadets.

Davis said it was vital to gain the respect of those who follow you. He told them they need to know “you are well-disciplined” and “moving forward correctly.” He also said respect can only follow “by being well-disciplined yourself.”

When asked if leadership is “natural born” or learned Fritz quickly answered, “Yes,” which was followed by a room full of laughter from the audience. “There are natural born leaders. And then there are others that learn.”

Thornton explained that “Some people are natural leaders. My father was a natural leader, I followed him and I learned from my father.”

All of the MOH recipients agreed that leadership skills can be gained from hard work, training and dedication.

Fitz said that leadership came down to “take care your people, your people take care of you.”

As the event came to a close Fritz summed up the message the men came to share with the cadets. “We as a nation need you to stand up and make a difference.”