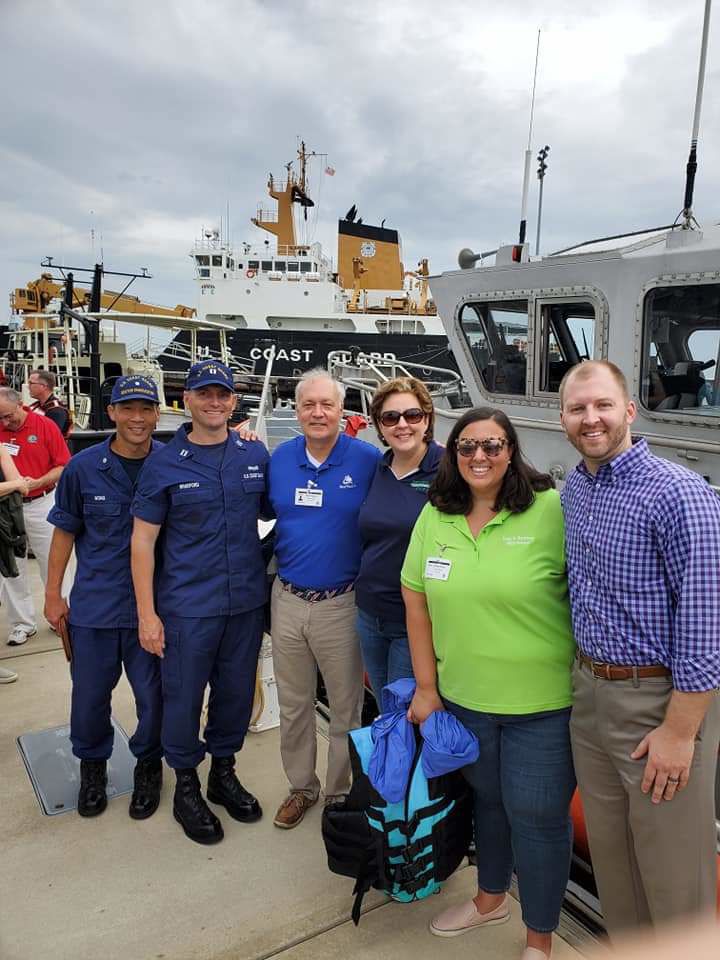 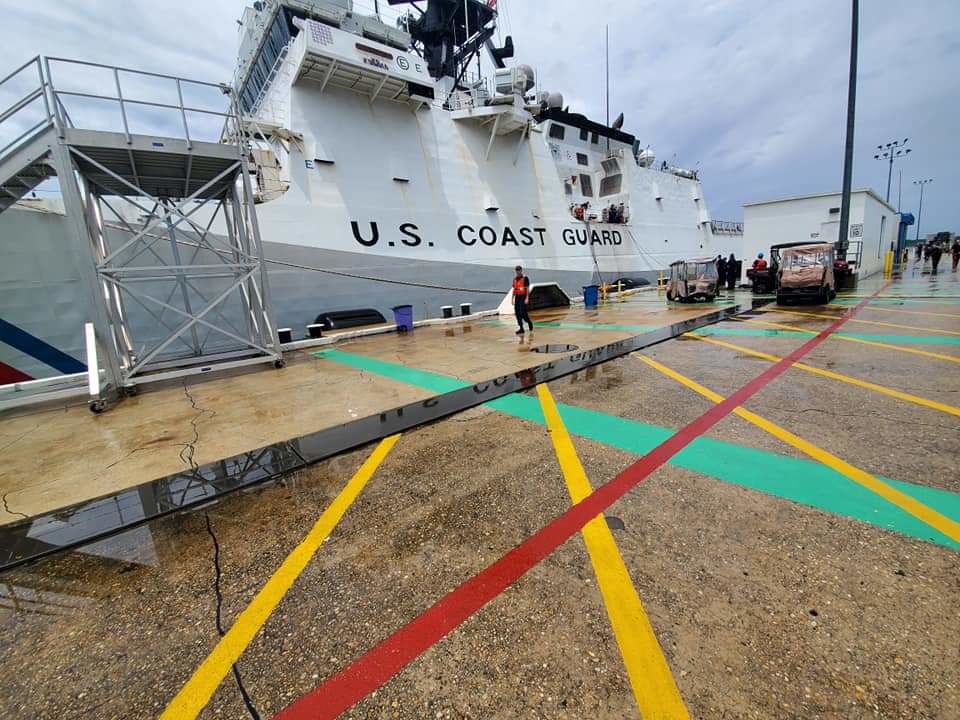 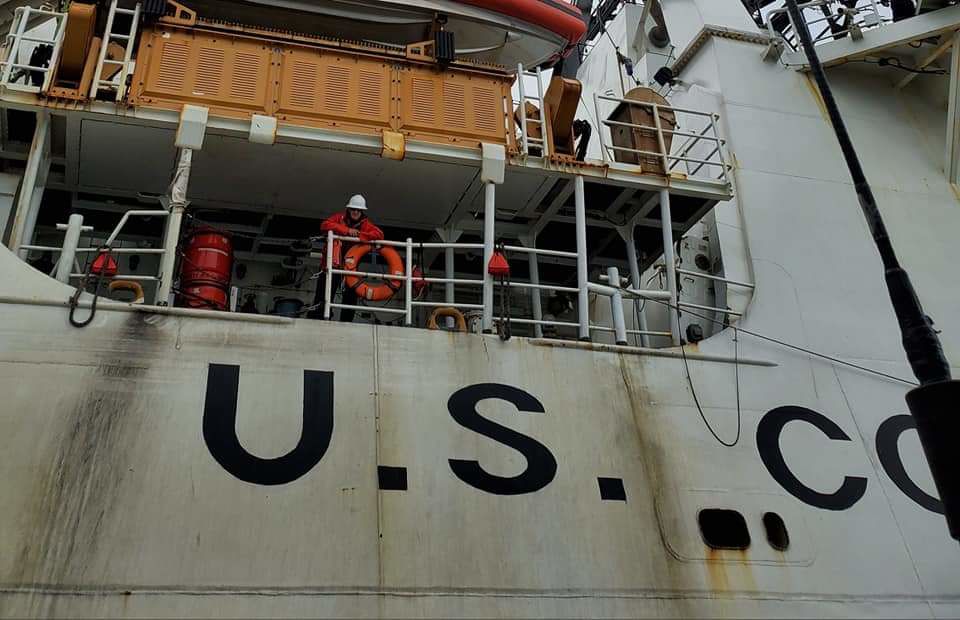 When Lucy Beckham High School (LBHS) opens its doors this fall, it will also be introducing a flagship program among high schools statewide. The U.S. Coast Guard’s first Junior Reserve Officer Training Corps (JROTC) pilot program in South Carolina will be a classroom option at the new high school.

Following the amendment’s passing in June 2019, it was signed into law by President Donald Trump in December 2019. Once established, the LBHS program will be among the first nationwide.

The program’s precedent makes it so no high school in the country will have to go through the legislative process that LBHS Principal Anna Dassing and her staff experienced.

In the spring of 2017, Dassing was named principal of LBHS before the school was built. She took over programming for comprehensive projects, which included developing a JROTC program.

The only requirements in applying were an interest in leadership and willingness to understand. Students are expected to wear a uniform periodically, participate in physical training and uphold the mission and vision of LBHS. The program’s fitness portion will meet the physical education requirement for high school.

Dassing and peers considered partnering with Wando’s Air Force JROTC program but then decided to branch out on their own. They soon began considering the Coast Guard and Navy program options.

The fall of 2017 through the fall of 2018, LBHS explored the two programs and decided to go with the Coast Guard due to funding. The Navy is funded through the U.S. Department of Defense, which was not accepting any new applications nationwide. Also, more than 300 applications were ahead of LBHS.

However, since the Coast Guard is authorized by the U.S. Department of Homeland Security, their JROTC program receives a different source of federal funding. Dassing was originally told that a Coast Guard JROTC wouldn’t be an option due to funding complications.

In December 2018, LBHS staff visited the Federal Law Enforcement Training Center in North Charleston where Dassing met Coast Guard leadership and began discussions. A month later they visited Al Keith-Camden High School in North Carolina, one of only two Coast Guard JROTC programs in the U.S. with the other in Miami.

Dassing recalls the Coast Guard leadership telling her, “Anna, it’s going to take an Act of Congress.” Her next course of action ultimately defined the fate of the project.

To make their case official, in February 2019 Dassing sent a letter to the Charleston County Legislative Delegation Office asking for assistance. It received an amazing response from both the House of Representatives and the Senate, but Dassing would need to find a legislator who would sponsor a bill and carry it through the legislative process.

“I told somebody I felt like I was asking 15 or 20 people to the prom and hoping that one person would be interested,” she said.

Dassing found just that in both Cunningham and Clyburn, who were original co-sponsors, as well as support from U.S. Sen. Lindsey Graham and U.S. Sen. Tim Scott.

“The Coast Guard JROTC program is designed to teach young people critical life skills like leadership, discipline and integrity that help them become better, more engaged citizens,” Cunningham said in a press statement. “These skills will serve them well in whatever path they follow after graduation. I am thrilled that Mount Pleasant high schoolers will be among the first in the nation to have the opportunity to have this fulfilling experience.”

After meeting with local representatives at The Citadel’s JROTC camp in March 2019, that May legislation was drafted to amend the National Defense Authorization Act.

“I am pleased that the Coast Guard has decided to establish a JROTC program at Lucy Beckham High School, which will allow these students to learn valuable leadership skills and important life lessons,” Clyburn said in a press statement. “I hope more schools across the country will take advantage of JROTC programs and the new allowance that enables this leadership training to occur earlier in their educational pursuits.”

In the fall of 2019, there was a legislative debate regarding the bill but it was ultimately signed by Trump in December. After receiving authorization, Lucy Beckham spent this spring solidifying plans and details for implementation.

Dassing admitted staff morale was positive about the program being put into action until it was put on pause by the global outbreak of COVID-19 in March.

“I was very, very nervous that we were going to lose it because of funding or something like that,” she said. “I was super relieved but also very proud and just excited that we were able to make it reality.”

Dassing prayed and proceeded to advertise the program to gauge students’ interest. So far about 50 students have signed up, which is approximately 5% of the 750 incoming ninth and 10th graders. The second year that number is expected to grow significantly with an addition of juniors and seniors to make a student body of approximately 1,400 in 2021-22.

The first class this fall will consist of freshman and sophomores transferring from Wando’s Air Force JROTC program. An introductory level and second level course will be taught.

The program will focus primarily on maritime safety, with an emphasis on leadership, service and how to protect and serve the country.

The curriculum will cover the following standards:

Dassing said the timing was impeccable because the Coast Guard just recently increased its presence in the Charleston area. Now, students will have the advantage of being instructed directly from local panelists.

“Lucy Beckham is a natural fit because we are in a coastal community,” she said.

Dassing said the new school prides itself on its boldness and innovation. When students embark on the program this fall, whether it be in-person or online, they’ll be blazing their own trail − the Beckham way.

“It just took a lot of persistence and the stars aligning and the right people helping us out. It was truly a team effort,” she said.