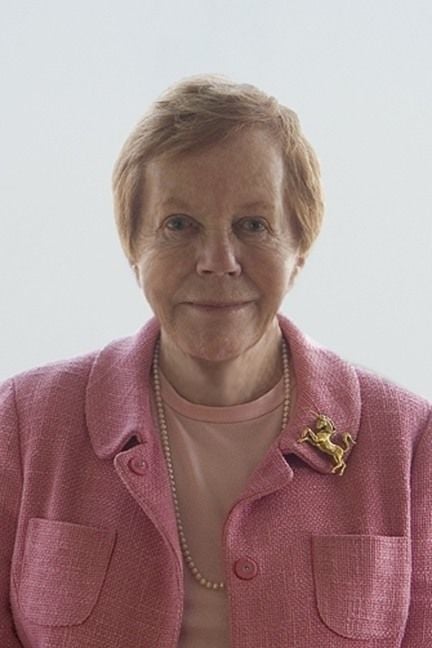 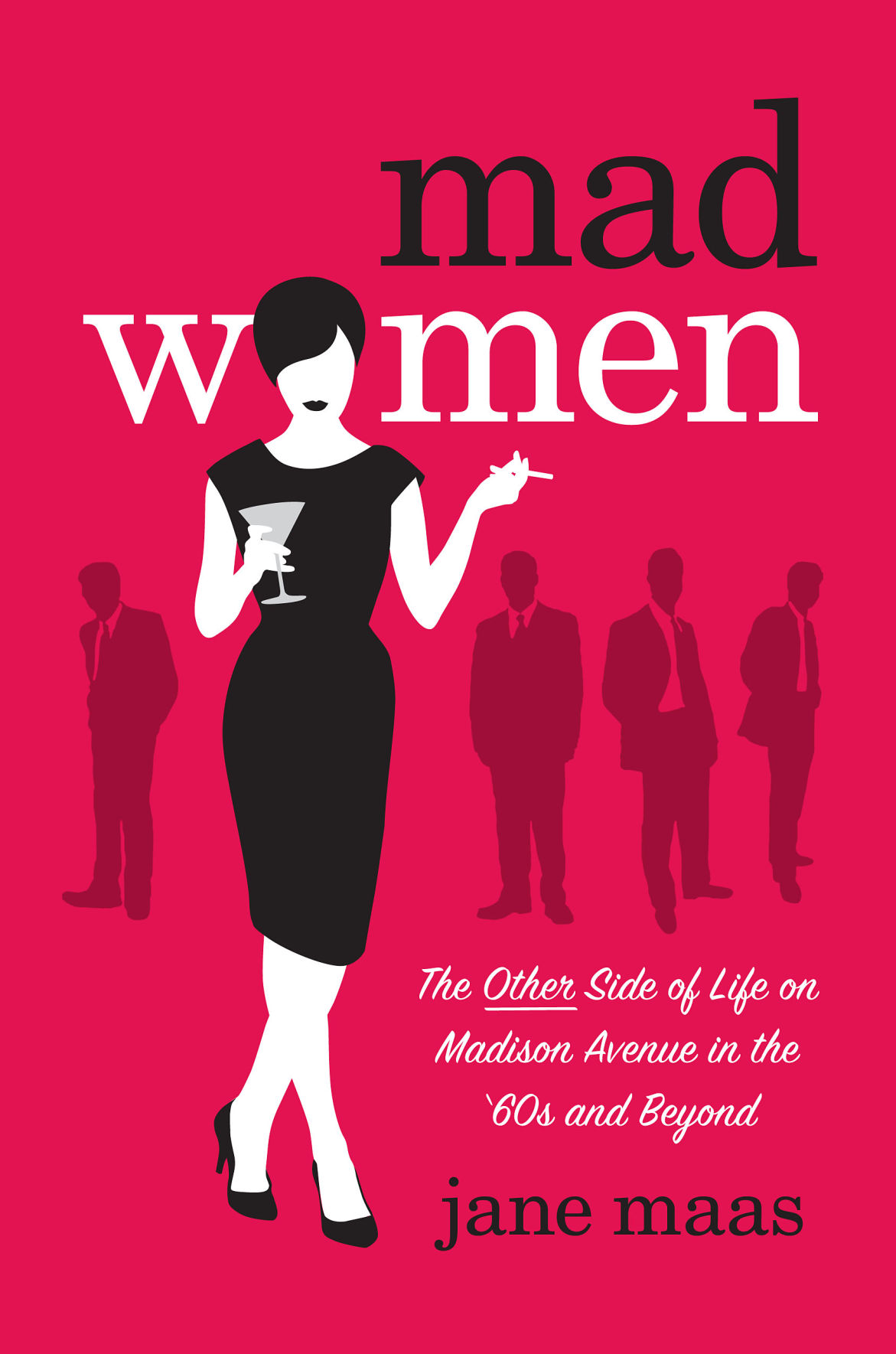 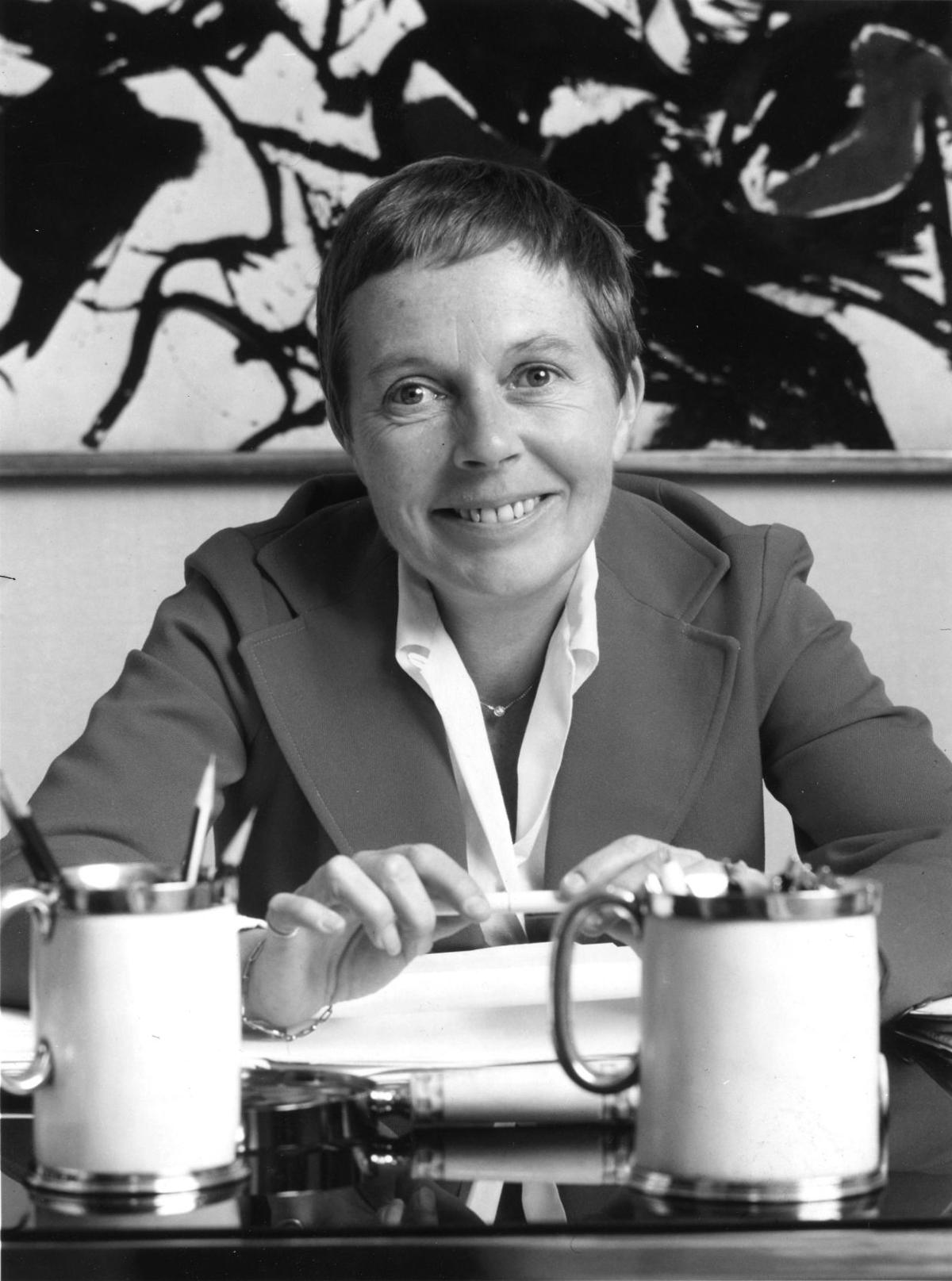 Jane Maas' official photo on her first day on the job at Wells Rich Greene in 1976. 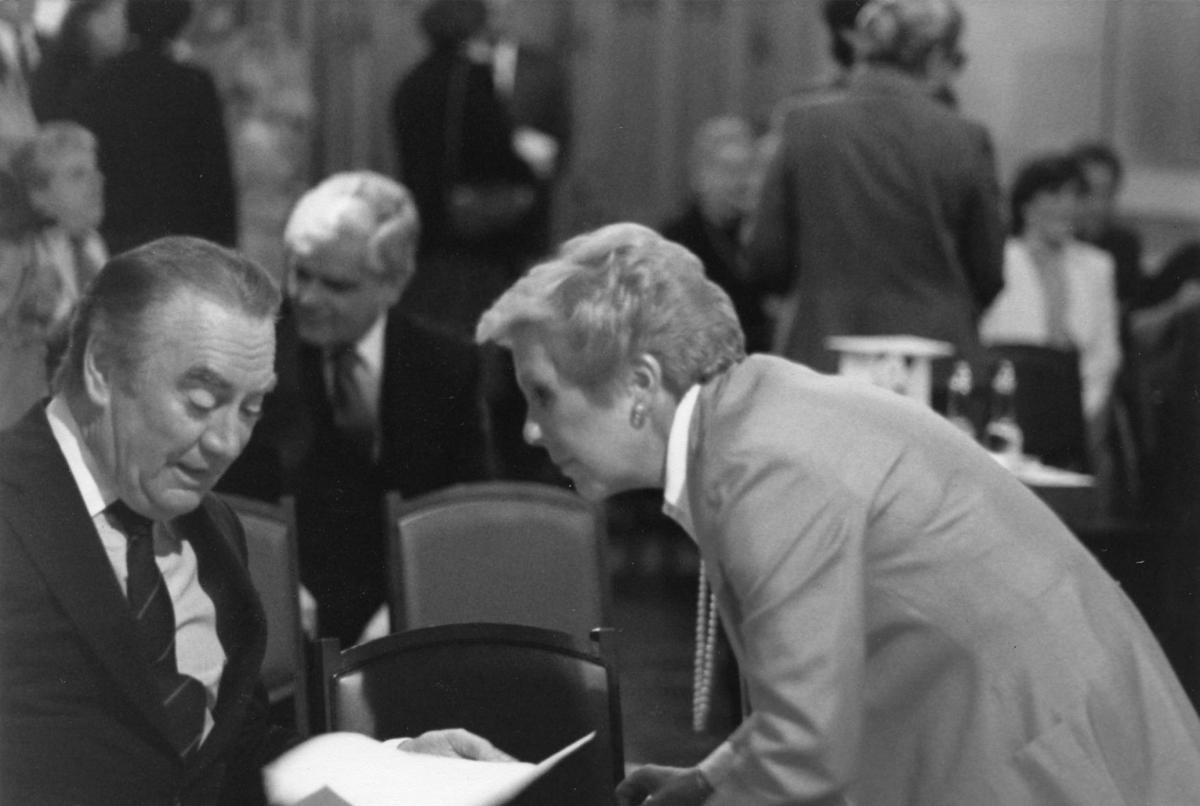 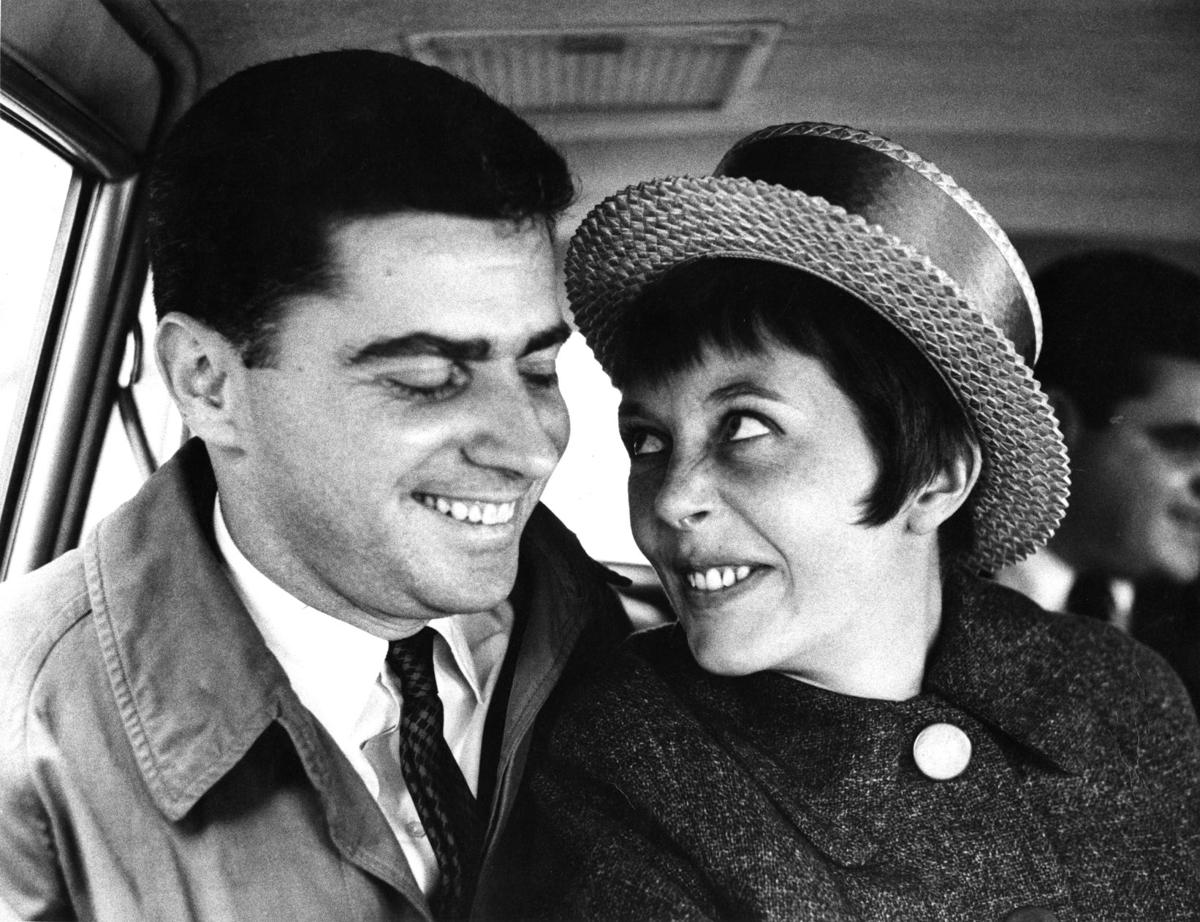 Michael and Jane Maas after their marriage in 1957. 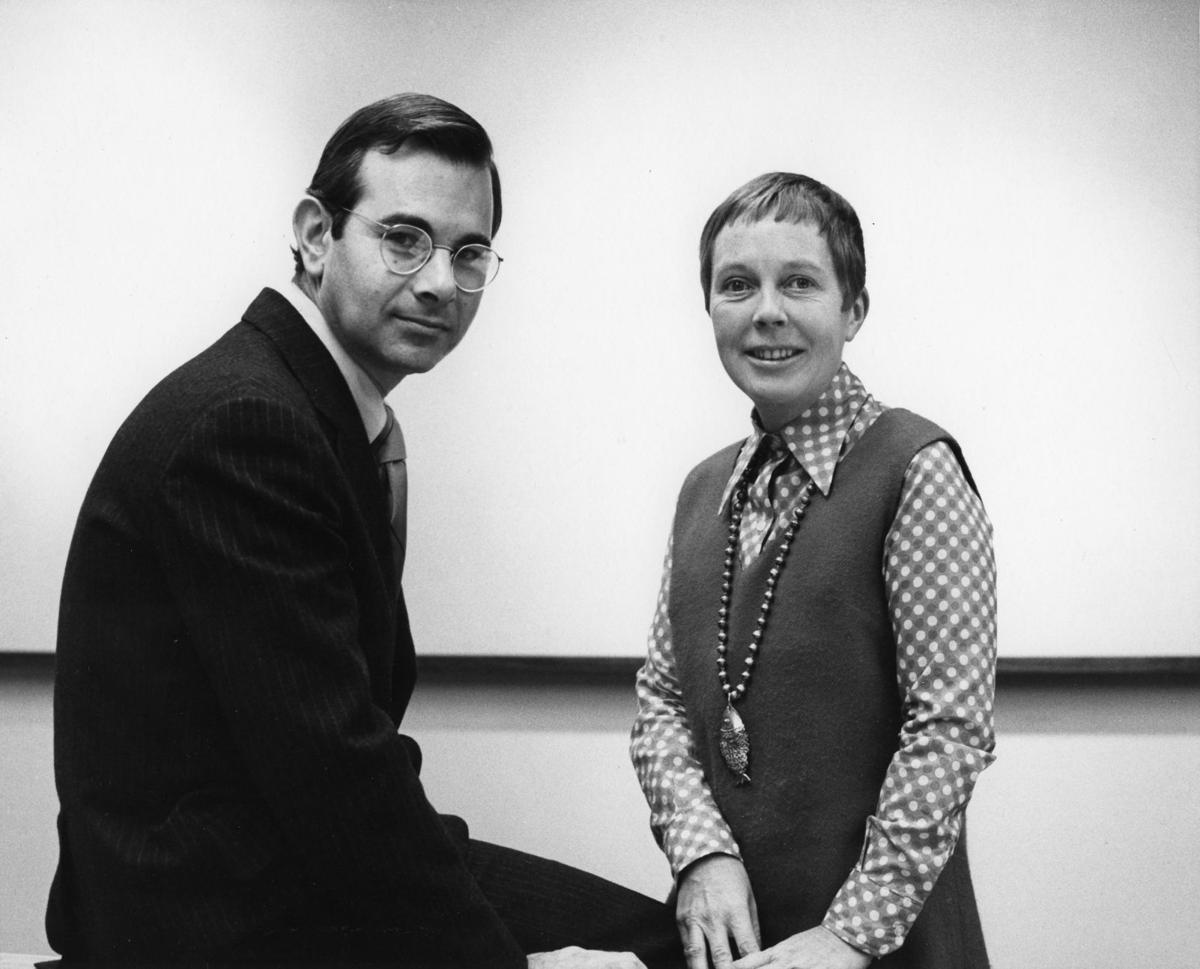 Jane Maas and co-author Ken Roman in their Ogilvy photo for the publication of "How to Advertise" in 1976. 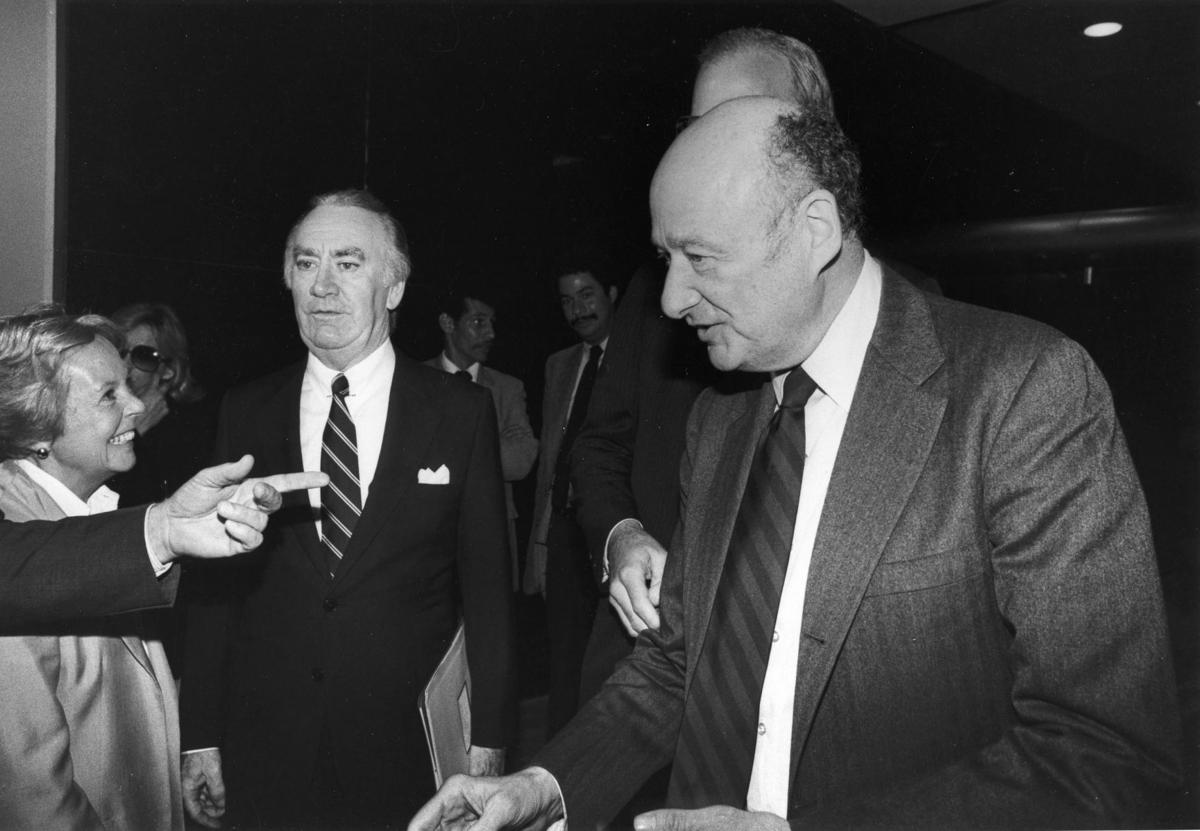 Jane Maas with Governor Hugh Carey and New York City may Ed Koch during the 1977 launch of "I love New York."

Jane Maas' official photo on her first day on the job at Wells Rich Greene in 1976.

Michael and Jane Maas after their marriage in 1957.

Jane Maas and co-author Ken Roman in their Ogilvy photo for the publication of "How to Advertise" in 1976.

Jane Maas with Governor Hugh Carey and New York City may Ed Koch during the 1977 launch of "I love New York."

How do you sell someone on something that's dirty, over-priced, a hassle and downright dangerous? If history is any indicator, you come up with a catchy slogan like 'I love New York.'

That's exactly what Jane Maas and an advertising team did in 1977 when the New York powers that be came searching for a solution to a dying economy.

Maas, a resident at The Palms in Mount Pleasant, is 84 now and still working her way across the country as a widely known advertising consultant.

But back then she was a married mother who had worked her way to the top of the advertising world, which was largely unheard of in those days.

Advertising Age calls Jane Maas “a legend” and “one of the most influential women in advertising.” She is best known for her direction of the “I Love New York” campaign, but is also the author of the best-selling "Mad Women," the true story of what it was like for women in advertising in the `60s, an era of sex and sexism.

As a creative director at Ogilvy & Mather, Jane worked on advertising for General Foods, Lever Brothers, S.C. Johnson, and American Express. At Wells Rich Greene, in addition to the New York campaign, she headed the creative group on Procter & Gamble. She then became president of Earle Palmer Brown New York.

Maas is also co-author of the classic "How to Advertise," which has sold over 150,000 copies and been translated into 17 languages. She also wrote a novel, "The Christmas Angel" which was made into a Hallmark Channel movie.

She was born in New Jersey, and she says two pivotal moments in her life gave her the confidence to realize she could do anything she set her mind to. The first was making the high school cheerleading team. The second was attending the co-ed Bucknell University, where she was told she could be anything she wanted.

As it turned out, she wanted to be an actress, so she headed to New York. She auditioned and auditioned but was never cast. But then, she was walking around Broadway one night with fellow unemployed actors when she was stopped by a talent scout. It was 1957, and she was invited to be a participant on a quiz show. She won $150 - the most money she'd ever earned at one time. And her luck did not end there. The producer hired her to write dialogue to be used between the contestant and master of ceremonies.

Things were looking up. And then things quickly went downhill.

Congress learned of the then numerous television game shows being rigged. They would have none of it and mandated that they all be thrown off the air, including "Name That Tune," where Maas was happily employed.

She was married with two kids, and her husband was a successful architect. She did not have to work, but she felt she did because she wanted to.

She had heard of advertising; after all she saw commercials at her live TV job. So she quick created a portfolio using what little knowledge she had from her short television stint.

"Television was a very new medium then," she explained.

She applied at Ogilvy & Mather. They responded, "you clearly know how to write a television commercial." She went straight to work learning everything she could. Those 12 years were just like the television show "Mad Men," she said.

She was the creative director among other things, but the first female to work herself up the ladder. In fact, her career very much models the character Peggy Olson in "Mad Men."

In those days there were very few women in the industry, and even then, women were not allowed to work on accounts that dealt with liquor, automotive, finances and the like. They were assigned to what were considered "ghetto categories" like food, detergents, toilet bowl cleaners and coffee.

"After all, women didn't know how to drive, or balance a checkbook. Alcohol was used to seduce women, and they couldn't handle that either," she said.

Women were pigeon-holed into those household categories, but Maas is so grateful to have been. There were seven or eight female copywriters at any given time and 60 to 70 men.

"I was 'allowed' into a man's world, so I didn't feel put upon to work those accounts. I was just so happy to be there."

Maas said she learned a lot at Ogilvy & Mather.

"I learned to be a good manager as a group head and creative director. You have to know how to motivate people, including men and how to handle men, especially when they are reporting to you. It's sometimes not easy for a man to salute a woman."

So what was her secret?

"I'm small and non-threatening and I have a sense of humor about myself. You've got to have a tough hide and not take things personally," she said.

She said that still holds true for women today.

"You can't look arrogant or like you're trying to achieve too much too fast. Women have to be careful about that."

After 12 years at Ogilvy & Mather she was asked to join Rich Greene, the masterminds behind the Alka Setzer "plop plop fizz - oh what a relief," and "Flick your Bick."

It was there she was put on a "tiny account" working with the State of New York. It was her favorite ad campaign, she said, and that of many others as it was duplicated across many mediums.

"I love New York" is one of the most famous advertising campaigns in history, and according to Maas, without question the most successful tourism promotion ever launched.

Many have claimed credit for it. In her book, "Mad Women," she writes: "I see lots of resumes from advertising people and it surprises me how many of them say flat out, 'creator of I Love New York.' Sometimes the writer is more modest and claims only to have 'played a pivotal role' in advertising.

"Success has many fathers, and there are a lot of men walking around New York State today who will look you in the eye and tell you they are the father of I Love New York."

But what really happened is that the late Governor Hugh Carey said he wanted people to love New York as much as he did. Copywriter Charlie Moss worked with art and film director Stan Dragoti to come up with the campaign and the slogan. Designer Milton Glaser created the logo - the most copied in the world. Steve Karmen wrote the song.

But she wrote, "I can look you straight in the eye and tell you I am its only mother ... I was the one who hugged it, fed it and changed its diapers."

Maas explained that it truly was a team process. Research showed the team that people did not think of New York as a place to vacation. "But Broadway Theatre was attractive and head and shoulders the most popular place in New York. Not the Statue of Liberty or the Empire State Building. We had to get people to not only come but keep coming back."

Broadway was the star, and so was Milton Glaser. He accepted a one-time fee of $1,000 for the great heart logo. The Department of Commerce wanted the logo to be in the public domain so every tourism attraction, large or small, could use it without charge.

Maas went on to become dear friends with Gov. Cary. He even asked her to plan his wedding, and in the end she had only 12 days to plan the grand state affair.

Maas later went on to become president of a medium-sized ad agency and then chairman. She retired in the 1990s for two short weeks, but it wasn't for her, and she went into advertising consulting, helping clients get the most out of their advertising firms. At 84 years old, she travels the country holding workshops for corporations.

Her husband Micheal died 14 years ago, and she moved to Mount Pleasant in January to be with her two daughters Kate and Jennifer. "I was ready to turn a new chapter. I generally don't regret it when one is over."

She has a gentleman friend who is retired from Bucknell that she sees between work obligations and continues to be involved with Bucknell University planning communications campaigns. She has served on a host of boards and has received many honors including New York Advertising Woman of the Year, winner of the Matrix Award, and member of the board of directors of both the American Association of Advertising Agencies and Advertising Women of New York. She is listed in Who’s Who in America.

"I've been blessed with a lot of energy," she said.

She worries that even still today, women have stopped trying to achieve high office and don't put the effort into being CEO. "They opt out too soon for marriage and motherhood. If you want to achieve, you have to stick to it."

She speaks on many college campuses and said she has never been asked by a male how to handle it all, marriage, children and a career. "It doesn't occur to men."

"We are self-protective as humans. In order to get trust you need to prove it and keep proving it. It's tough to break through an armor of self protection. You have to work at it."

"Mad Women" is available on Amazon and in Barnes and Noble and various bookstores. To learn more about this real life Peggy Olsen, visit janemaas.com.