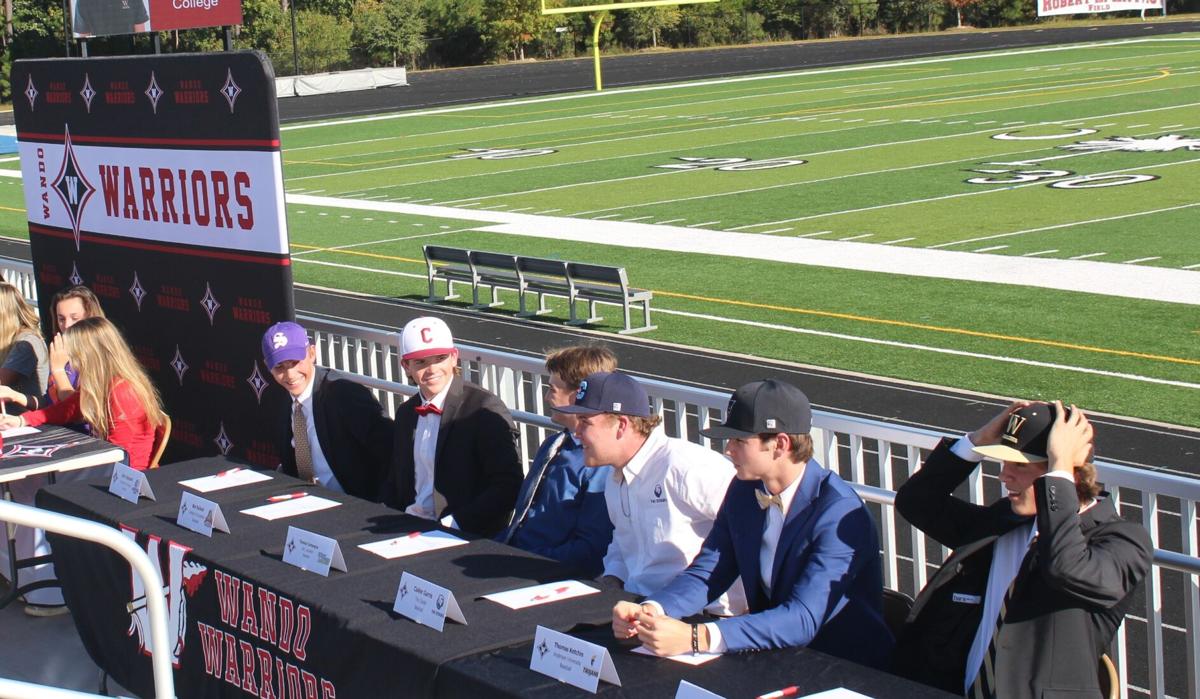 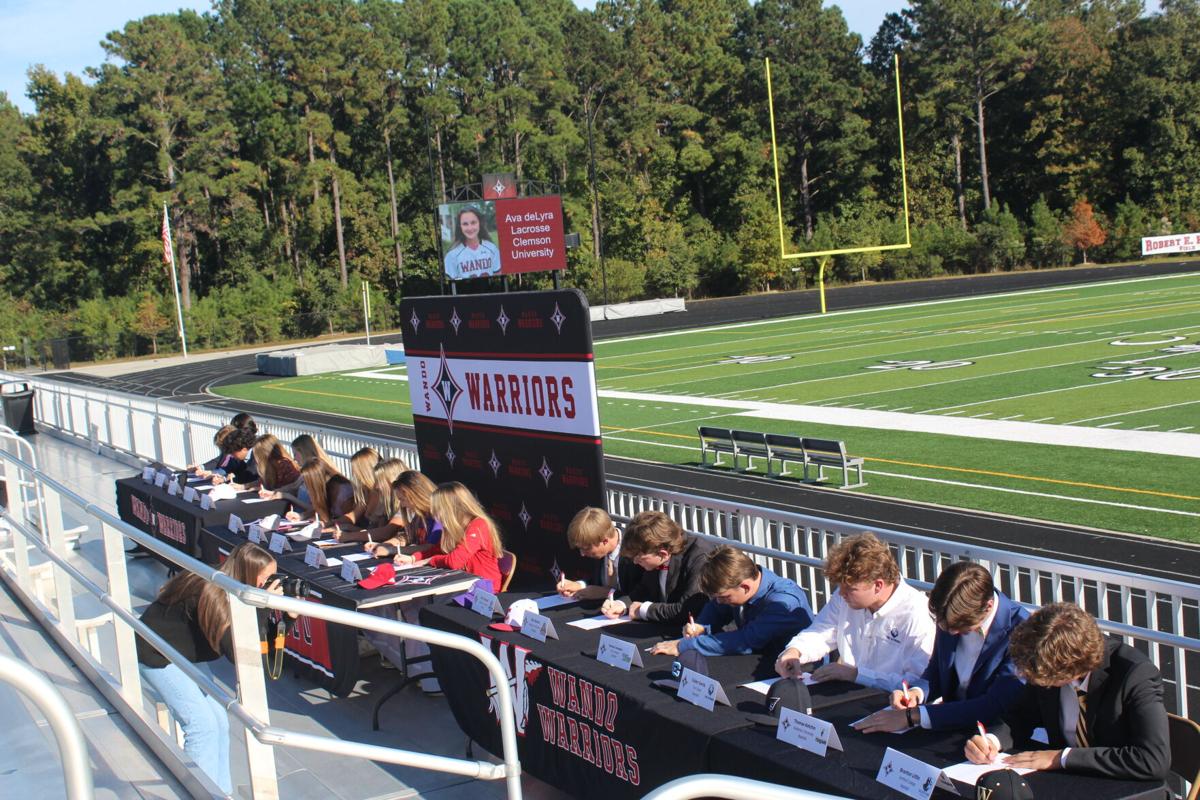 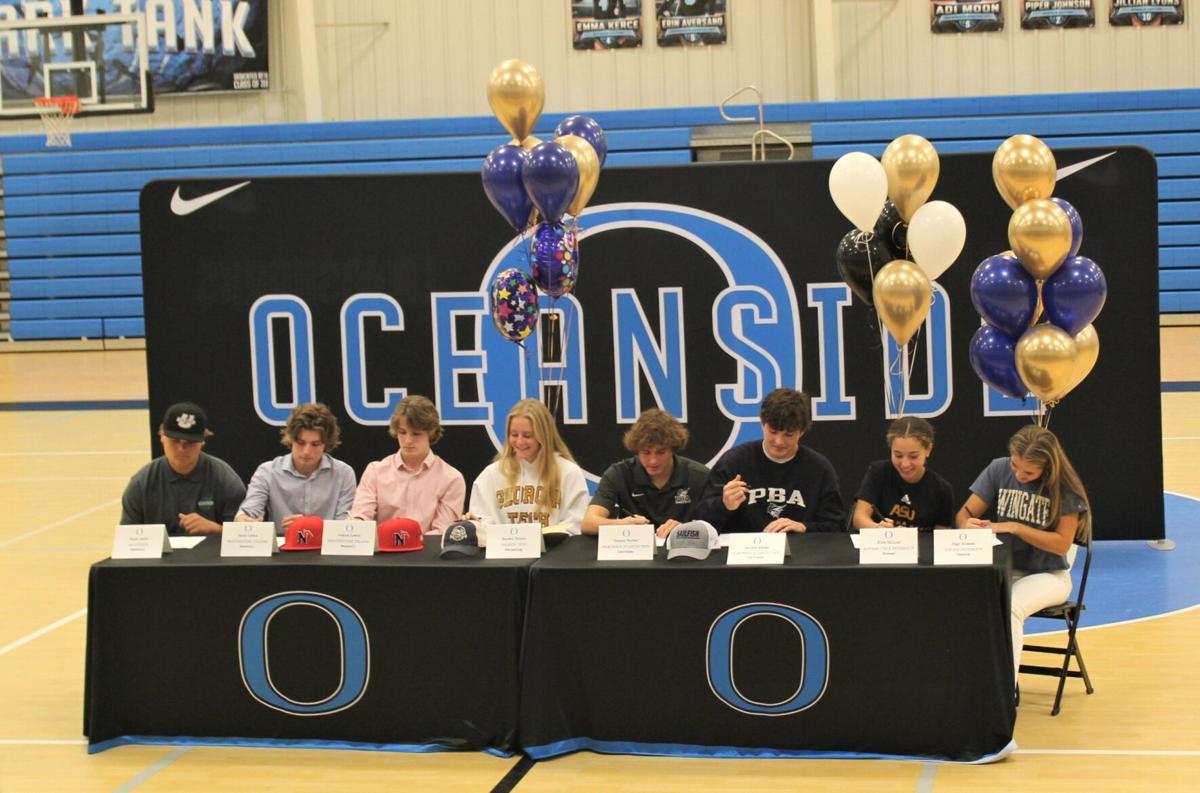 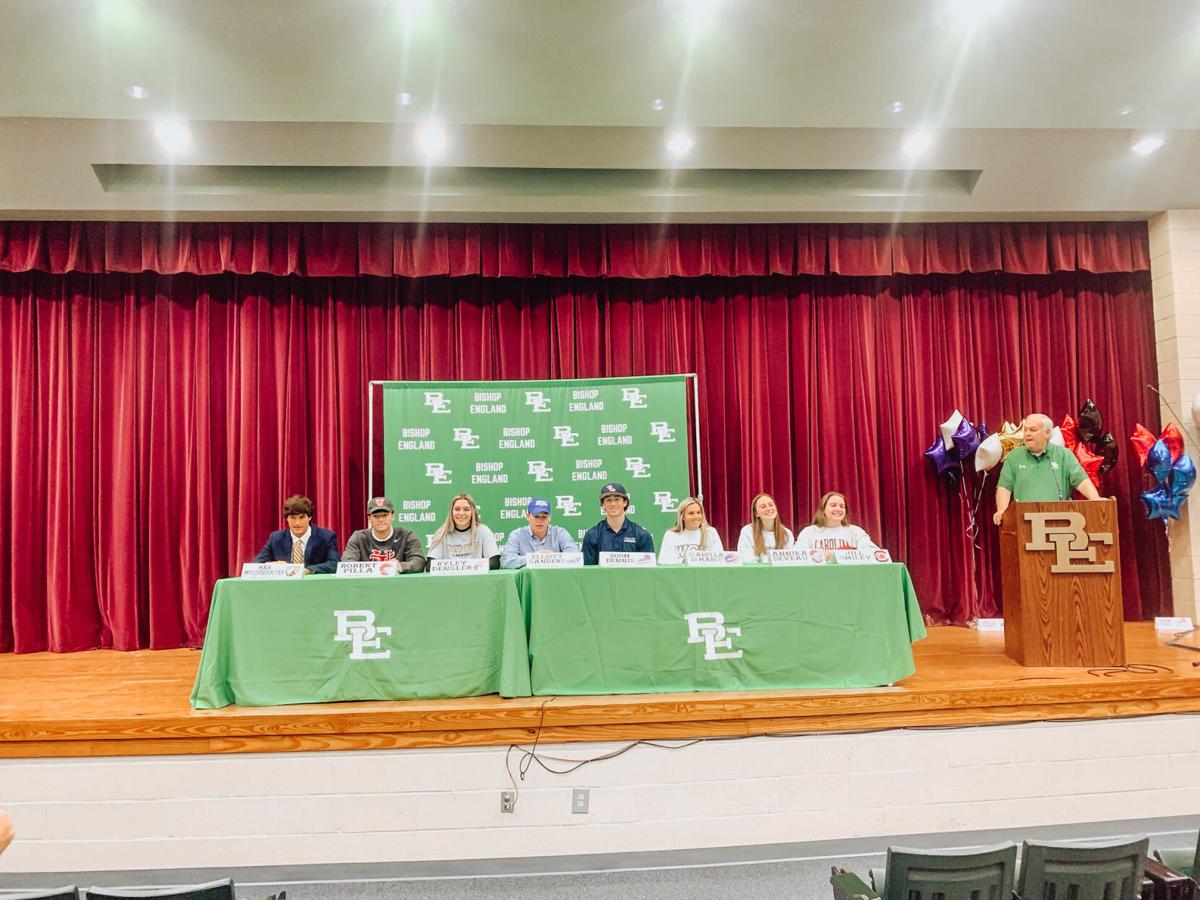 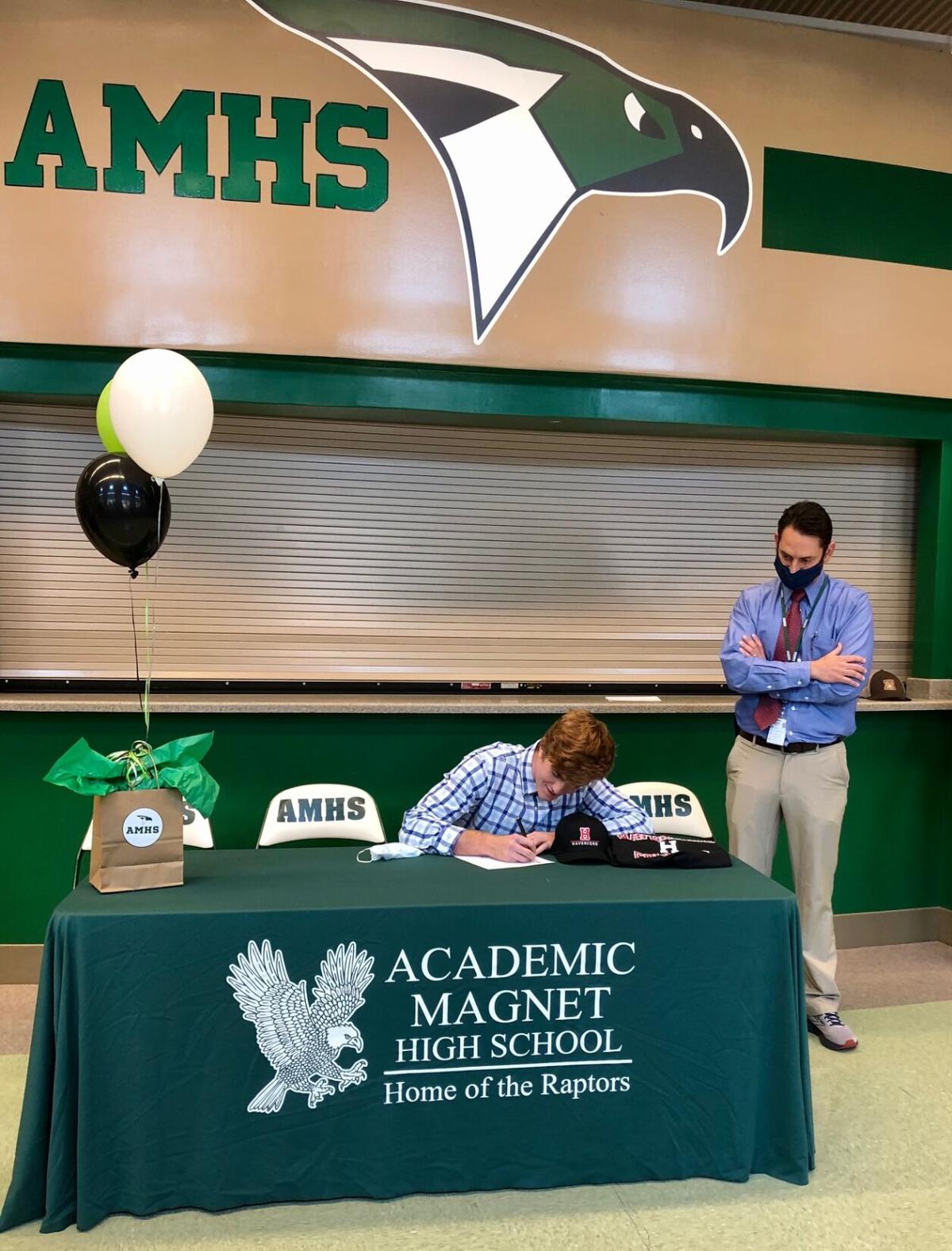 Hours of dedication to a sport, from intense practices to long days of travel, led many student athletes to one decision: where they will spend the next four years. Mount Pleasant student athletes signed letters of intent to play their sport at the collegiate level on National Signing day on Nov. 11.

Wando High School celebrated 16 student athletes who decided to play their sport at the next level.

“Make sure that you thank those who have been part of your journey,” Wando’s athletic director Mark Buchman said to the athletes. “Teachers, teammates, coaches and your families. Everybody has sacrificed to help you with this opportunity are we’re all very proud of your accomplishments.”

Peter Foulke is known on the team as a “tenacious defender” who plays with passion, said Coach Lance Renes. Renes is looking forward to Foulke leading the team’s defense during his final season as a Warrior this spring.

As the goaltender on the team, Lucas Green’s rapid reaction time and communication with the defense are qualities that stand out to Renes, adding that Green is a staple on the team’s defense.

Kieran Maurer is a defender who plays with precision and he will play a role in leading the defense in the upcoming spring season, said Renes. His focused and motivated mindset will serve him well in college, said the coach.

Madison Wood is the type of lacrosse player who can play almost any position, said Coach Ed Reckdenwald. “She goes out there and she does it with such perfection,” said Reckdenwald. He said she’s a definite leader on the team.

Not only is Ava deLyra the goalie for Wando’s lacrosse team, but she is also ranked the number one goalie in South Carolina, said Reckdenwald. He said a strong goalie, like deLyra, helps the team recover from any mistakes.

“Both of these ladies know that success does not happen overnight. They have the self-disciple to put in the early morning training sessions, afternoon training sessions and the ability to sacrifice social activities to reach their goals,” said Coach Cheryl Durden.

Mary Shaw, this season’s team captain, was a part of Wando’s undefeated region teams from 2018 to 2021, she participated on the All-Region swim team from 2018 to 2021 and was named All-Region Swimmer of the Year in 2021. She helped lead the team to victory in the past four state championships; in 2020 and 2021 she won first place in 100 breaststroke at the state championship.

“These girls have overachieved. They’ve been a part of a very reputable program here,” said Coach Shannon Champ. “I’ve enjoyed watching them learn and grow, not only on the soccer field, but socially and also academically.”

Caroline Richvalsky and Kaleigh Bosak, who both signed to play for the University of Tennessee Chattanooga, helped lead their team to a state championship title in 2021.

Coach Jessie Bunting said that Laurel Maynor is a quiet leader on the team who supported her fellow athletes and she was “a wonderful athlete to get to know.”

John Bagwell – Sewanee: The University of the South

“Having six players commit to playing at the college level is a direct reflection of our program,” said Coach Dirk Thomas.

He explained that only seven percent of high school baseball players make it on a college baseball team. He said the factor that makes a good athlete stand out to another is their personal character, including the ways they handle failure.

“I couldn’t be more proud of them for all their accomplishments,” Thomas said.

Cooper Porter is known for being a dominant left defensive player. “He’s always kind of the guy who we look to initiate offensive to start the fire,” said Coach Tom Harris. After considering schools in the North, Harris said a beach town is better suited for Porter.

“I think Sarver is the poster child of the growth of a player from beginning to end,” said Harris. Harris added that his work ethic led him to becoming the player he is today.

Kendal Chunn won all four of her individual events at the state level each year of high school and led the team to the past three years of state championships. She was the team MVP every year of high school and was one of the team captains during her senior year. “To work that hard to only race for about two minutes, someone has to be very dedicated,” said Coach Courtney Beauch.

Dita Gillum helped lead the team to the state championship in 2021 as a midfielder. At 4’11, Coach Mark Meyer said she’s one of the “meanest players on the field.”

Gigi Hinson is an All-State and All-Region tennis player who received Player of the Year. During her USTA career, her highest rankings were in the top 100 in the Southern region and top 10 in the state.

“I’d like to invite you all out there to see all three of these guys play,” said Coach Richie McCullough. “I’m proud to be here and I’m proud to be a part of it.”

Eight student athletes from Bishop England High School signed letters of intent to play their sport at the collegiate level.