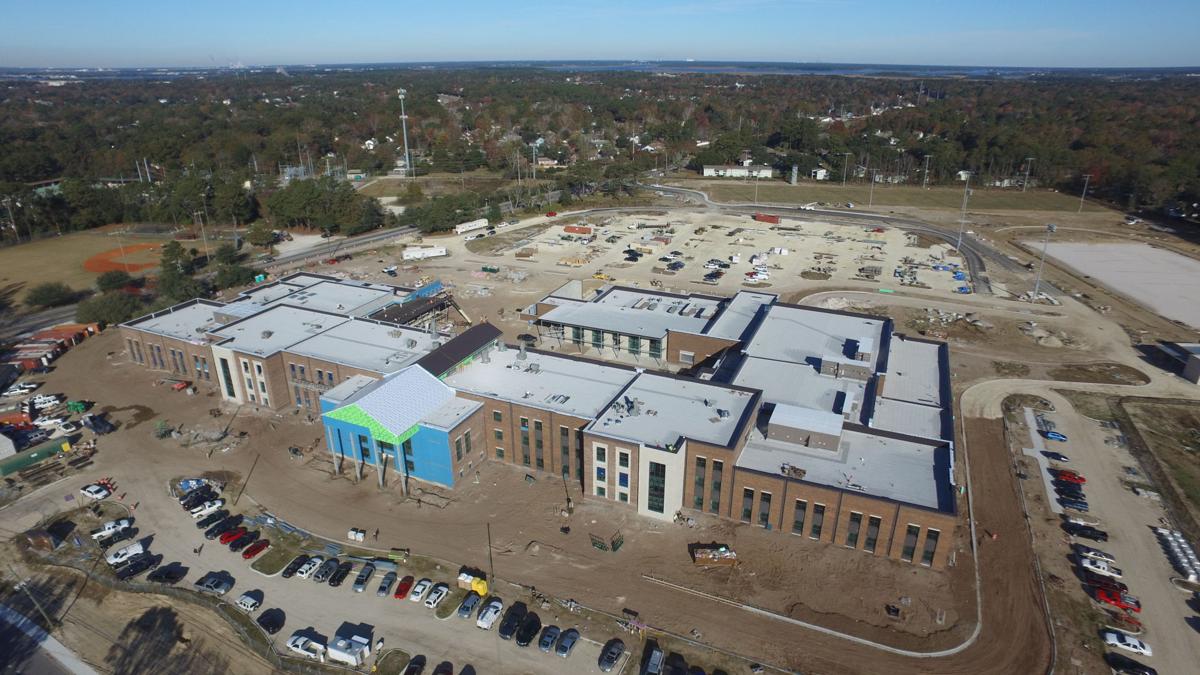 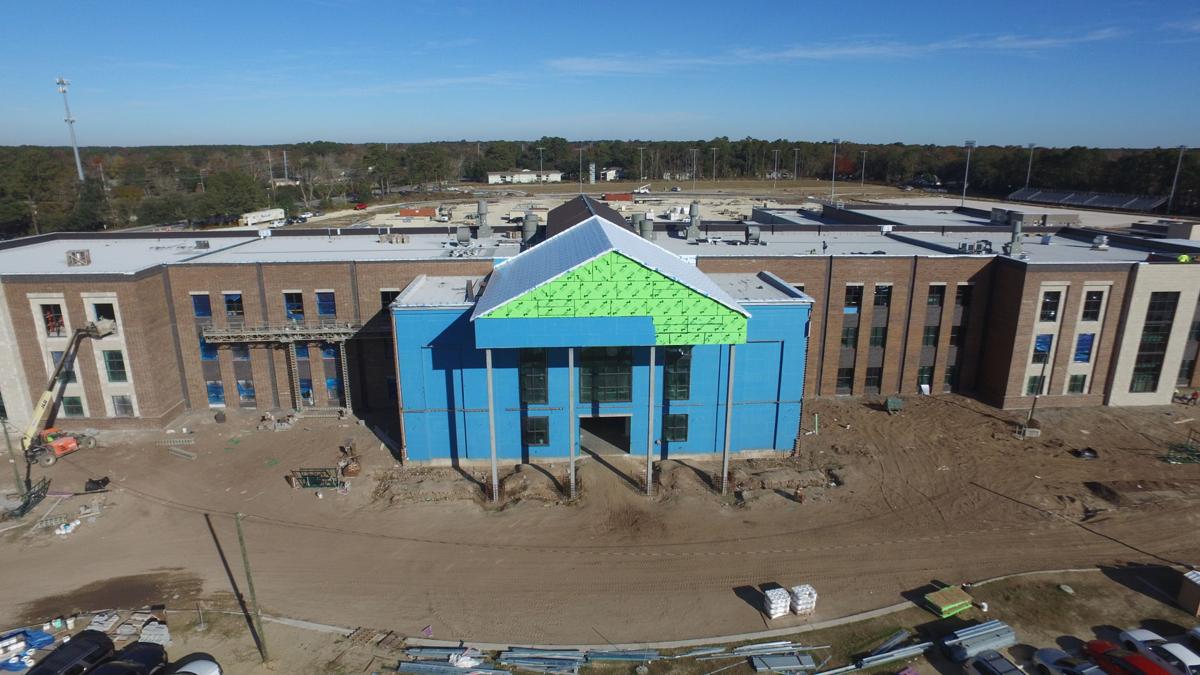 Lucy Beckham High School will welcome 9th and 10th grade students in its first year of operation this August. 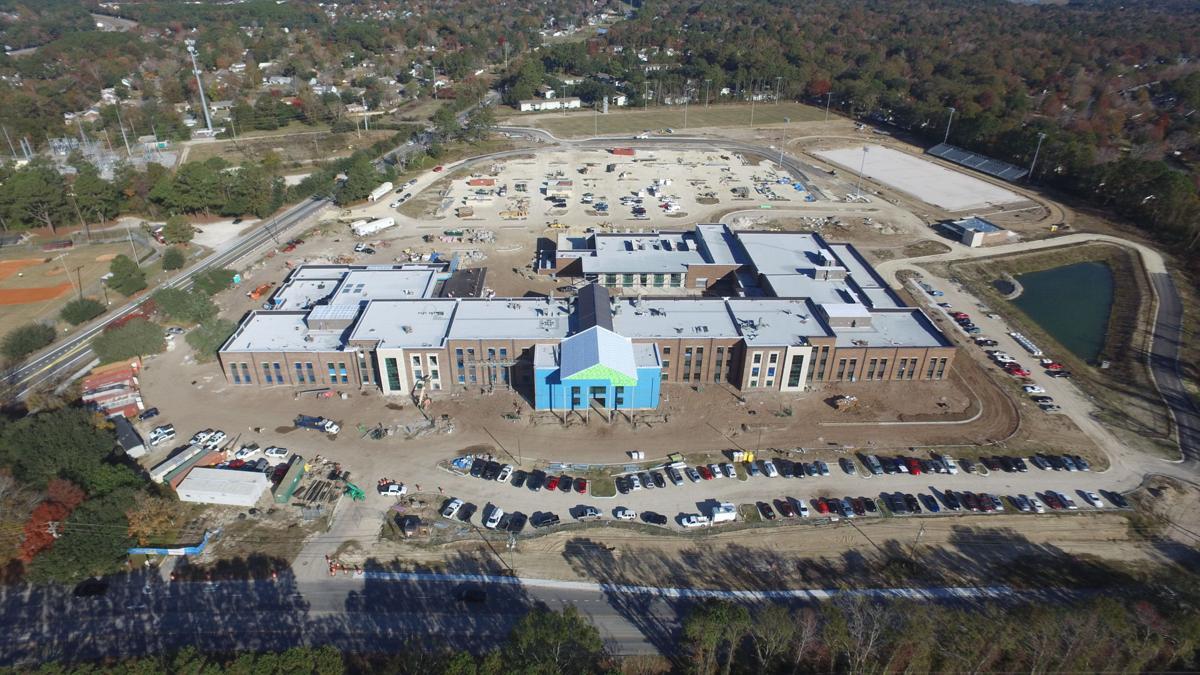 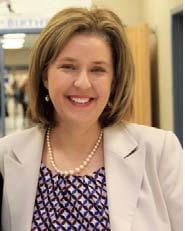 Lucy Beckham High School will welcome 9th and 10th grade students in its first year of operation this August.

The three-story school is built to accommodate 1,500 students grades 9-12, but the first year only freshman and sophomore students will be on campus. They will phase in juniors in the fall of 2021 and seniors in 2022.

As CCSD’s Capital Programs Department is hard at work to complete this state-of-the-art educational facility, the district’s Human Resources Department and LBHS Principal Anna Dassing are diligently working to hire established educators to fill the new school’s vacancies. The district recruits and hires more than 500 teachers every year.

CCSD’s Chief Human Resources Officer William Briggman explained that opening a school that’s taking part of another school’s attendance zone meant they had to be fair to the teachers that had interest in moving to LBHS or staying at Wando.

Teachers at Wando and Garrett Academy of Technology in North Charleston were given an exclusive opportunity to express interest to teach at LBHS before the positions were opened up to the entire district. Garrett Academy will permanently close at the end of the 2019-20 school year. The interest period closed on Dec. 20. Out of Wando’s 200 teachers, 47 expressed interest in teaching at LBHS.

On Jan. 3, the interview process for these applicants began and Dassing completed her recommendations for hire to the district on Jan. 22. The Human Resources Department is working through the clearance process of these applications. Briggman said they won’t fill all of the positions needed at LBHS through these two groups of teachers.

On Jan. 24, the district began accepting applications from all certified staff within CCSD. Briggman explained that since they are already employees this is just a one-page application to capture what teachers have accomplished during their careers and to understand the interests of their future educational careers.

“We’re looking across the district for teachers who are passionate about educating students. You have to have a passion for your career and what you’re doing, whether it’s brand new out of college and still has more to learn about the craft; or it’s a veteran teacher who still has the passion to move students forward,” Briggman said.

On Feb. 17, the department will open all LBHS positions to any candidate inside and outside of the school district. The district will hold their Spring Teacher Recruitment event just a few days later on Saturday, Feb. 22.

There are a handful of positions that are already available to any candidate, due to the requirements and certification of the instructors. LBHS is looking to hire its Veterinary Technician and Building Constructing positions as soon as possible. Dassing explained they are also trying to fill other specialized roles such as band, chorus and orchestra.

Dassing will serve as the primary hiring manager for all LBHS staff, including coaches. She’s hopeful many LBHS teachers will also coach athletic teams, but said some coaches may teach at other schools and some coaches might not even teach at all. Dassing wants the school’s athletic director to be deeply involved in the process of selecting coaches.

Dassing anticipates the high school will be halfway staffed within a few weeks and has a goal to fill all hiring positions by the end of March. The hiring process will be dependent on when the district gives her their final budget and allocations for the school year. All hiring contracts will be sent in May.

Instead of traditional lecture-based teachers; Dassing is looking for teachers that will do things differently, step out of their comfort zones and be a little more innovative. An ideal teacher in her eyes will consider doing more problem and project-based learning to utilize time more efficiently throughout the school day. She wants teachers to personalize learning with real world application; such as allowing students to research and formulate their own inquiry questions.

Dassing said that they want to focus on mobilization and make the school day about learning, not just the teaching. She said that she’s excited for the staff to come in from the get-go with this mindset of teaching and learning.

“The school is named for a really amazing leader that really took Wando to a new place. Lucy Beckham took over Wando in 1998 and that’s not the same Wando we know today,” Briggman said. “I think she’ll (Dassing) will want new employees to understand the name of the school and the history.”

Briggman said it was emotional when Dassing was named principal because she knew Beckham so well and had worked with her. Briggman said he has no doubts that she will fill the big shoes Beckham left to be filled.

“She was an amazing leader,” he said. “...Anna Dassing’s going to make sure it lives up to the quality and what Lucy Beckham would have expected. I’m not worried at all.”

Dassing explained that they have looked at schools and educators across the region and country for ideas they can implement within the new school. One school in particular that LBHS aims to mirror is River Bluff High School in Columbia. Lucy Beckham visited their campus as it was being constructed at the same time CCSD and the community decided a new East Cooper high school was going to be added.

Beckham knew their principal, Dr. Luke Clamp and would take pictures and write down the things she liked about their campus. When Dassing inherited Beckham’s notes on this when she was named the principal of the new high school, she went straight to River Bluff to pick their principal’s brain for ideas.

Clamp was named National Principal of the Year in 2019. Dassing said she’s thrilled about their relationship and making similar impacts on students at LBHS.

Dassing said that opening a new high school is a unique opportunity to bring and implement all of the things that educators know work for students.

“We’re also realizing a vision that Lucy Beckham had for our community to provide more opportunities for our students. That’s why we’ve worked to compliment Wando and with the Center for Advanced Studies (CAS), to really expand opportunities,” she said.

Wando, which has roughly 4,000 students, will go down in size as LBHS gradually grows to 1,500 students, causing both high schools’ allocations from the district to change.

Dassing said since LBHS will be new, they won’t have as many allocations and will need to get creative and flexible. She has heard concerns of duplicating some of the well-structured and well known programs at Wando, such as the band and sports teams.

“My own son was in the Wando Band, so I know it up one side and down the other. I know what a fantastic program they have developed,” she said.

LBHS is expected to have a smaller band that won’t focus as much on the competition piece in the beginning. Dassing said to start they’ll focus on just enjoying and making good music.

Dassing explained these are the things that will help increase LBHS’s student achievement in grades and accomplishments.

LBHS will have fall sports teams in 2020; aside from varsity football due to the school’s classification and the safety concerns of having only freshman and sophomores playing against varsity teams. Dassing said as soon as they get an athletics director and coaches on board, LBHS will begin spring practices.

“We’re getting ready like everybody else is for the new school year; we’re just going to be doing it a little faster,” she said.

LBHS may combine some courses such as orchestra and band, strings and band or merging theater and chorus into musical theater. LBHS also might combine some clubs; such as joining robotics and coding into a coding robotics club.

“We’re just going to focus on creating good opportunities for our students and then just build the programs. So a lot of that will depend on the staff that we hire. We’re looking for really innovative, creative people that maybe can combine somethings,” Beckham said.

LBHS will operate on a modified flexible modular schedule. This takes a traditional 4-by-4 block schedule and breaks some of the student’s 90-minute blocks into what they call 45-minute “skinnies.” She said their schedule will be very similar to what students at Wando and at the CAS have experienced.

Dassing said parking and driving is one of the hottest topics concerning the school’s opening. She said the school will have about 600 parking spots.

Dassing said the decision not to allow students to drive to school the first semester is not to provide an inconvenience. She explained if things go well and once the school gets a traffic pattern worked out with the community and don’t have long lines, they will phase in student driving. In comparison, only juniors and seniors are allowed to drive at Wando.

Since LBHS will only have 9th and 10th grade students the first year they are open, Dassing said they will work out a mechanism and way for the students to earn their driving privileges. LBHS is planning on requiring students that drive to school to take the driving course called “Alive and 25.” Dassing explained the course focuses on making good decisions behind the wheel; such as learning the consequences associated with picking up a phone while driving.

“We are working very closely with Wando, Moultrie and Laing on student registration and class choice − so they’re choosing their classes for next year,” Dassing said.

In the Principals Message at the bottom of ccsdschools.com/lucybeckham, there is a schedule for when LBHS staff will visit each school to give a preview and help kids sign up for classes for next year. Although they don’t have a building right now, they are preparing their students virtually and alongside the other schools.

Once the building opens, Dassing hopes to hold tours for students, families and members of the community. She said she wants their school to be open for people to see what LBHS students are doing and how they’ll do school differently.

Although they’ll have fewer course offerings and will be smaller in size, Dassing hopes they will be presented with great opportunities.

“Mount Pleasant has lots and lots of love to share. It’s been a long time coming, the community has been asking for a second high school for a number of years. All we can do is strive to be our best to bring that vision to fruition and work to be as good and wonderful as Wando,” Dassing said. “They’re kind of like a big brother or sister; we look up to them and want to model a lot of what they do, but at the same time we’re different. We’re Beckham.”

Students, parents, community members and media outlets are welcome and encouraged to attend …

One year outlook of Building Beckham

This time next year, a second high school will open its doors to students in the East Cooper…