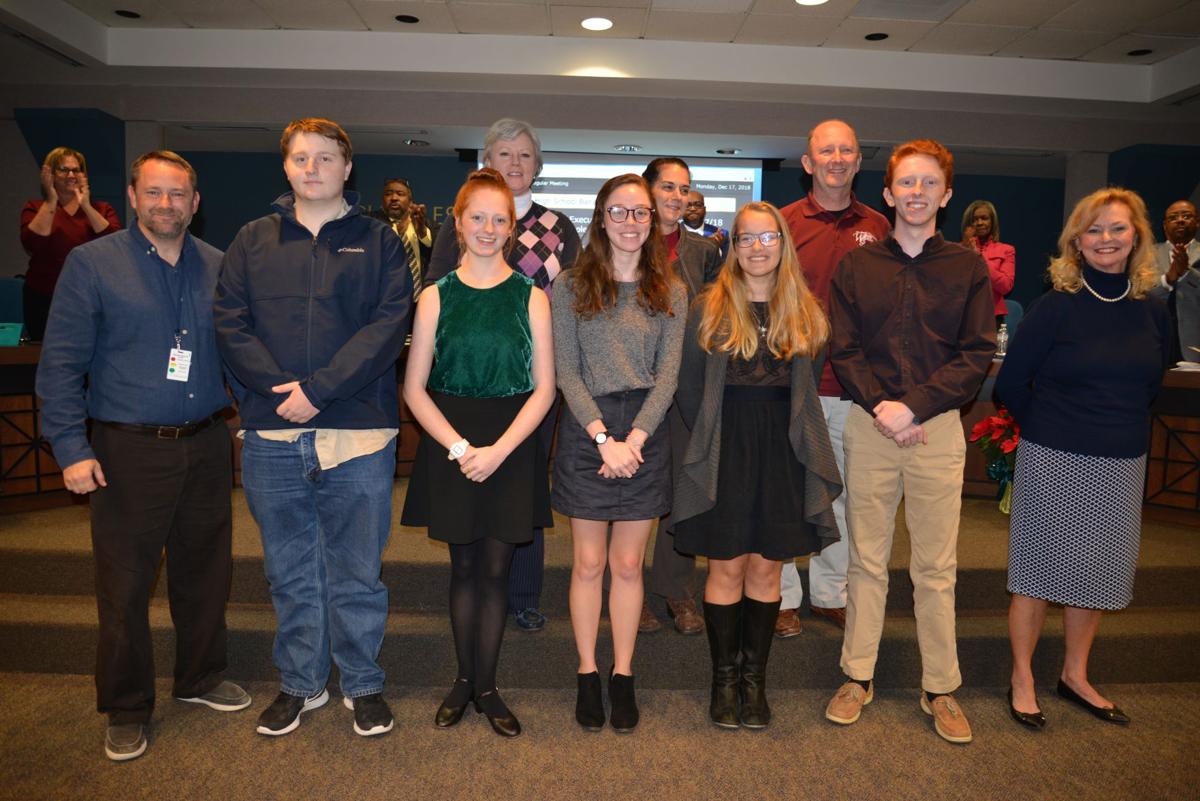 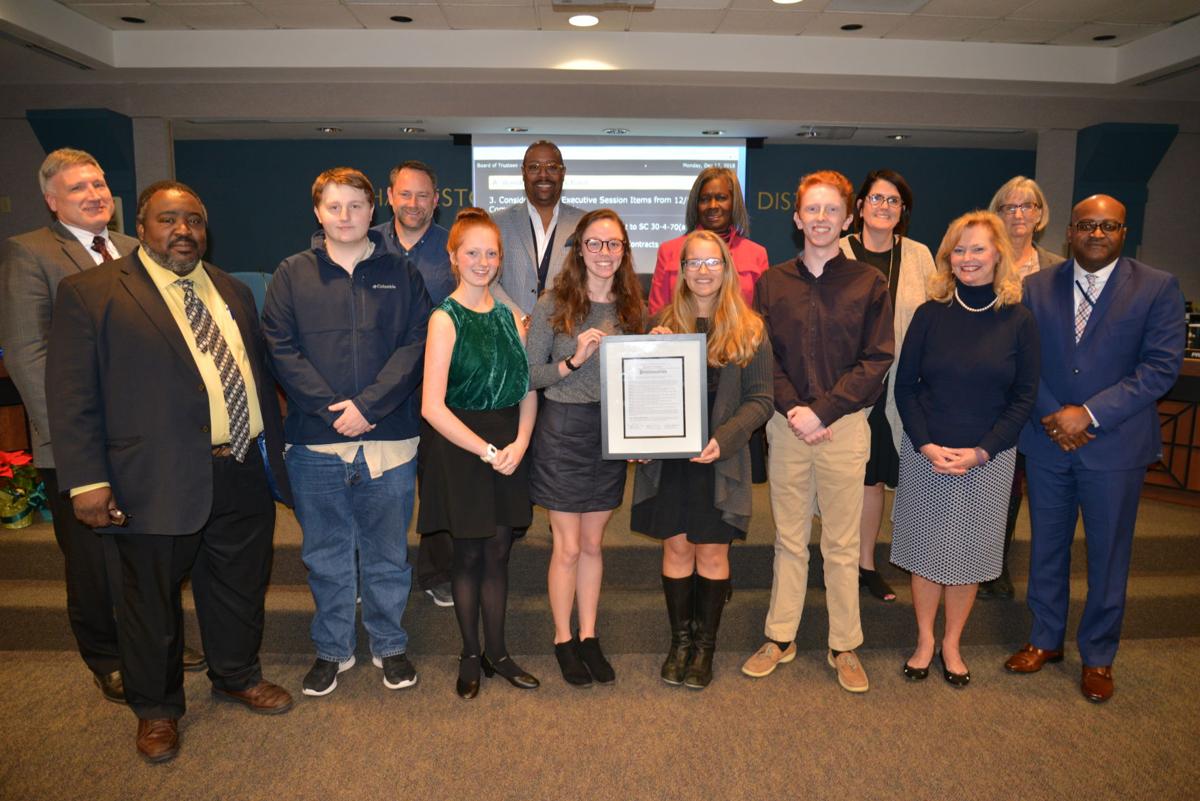 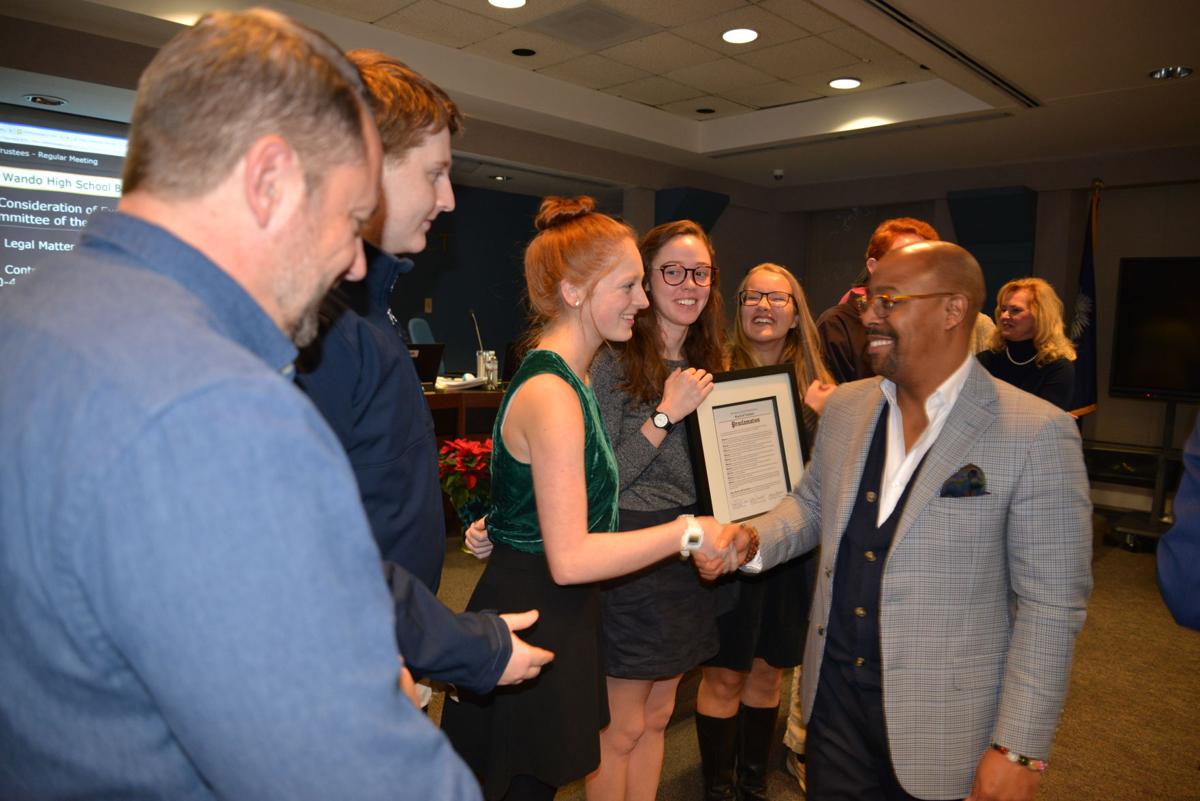 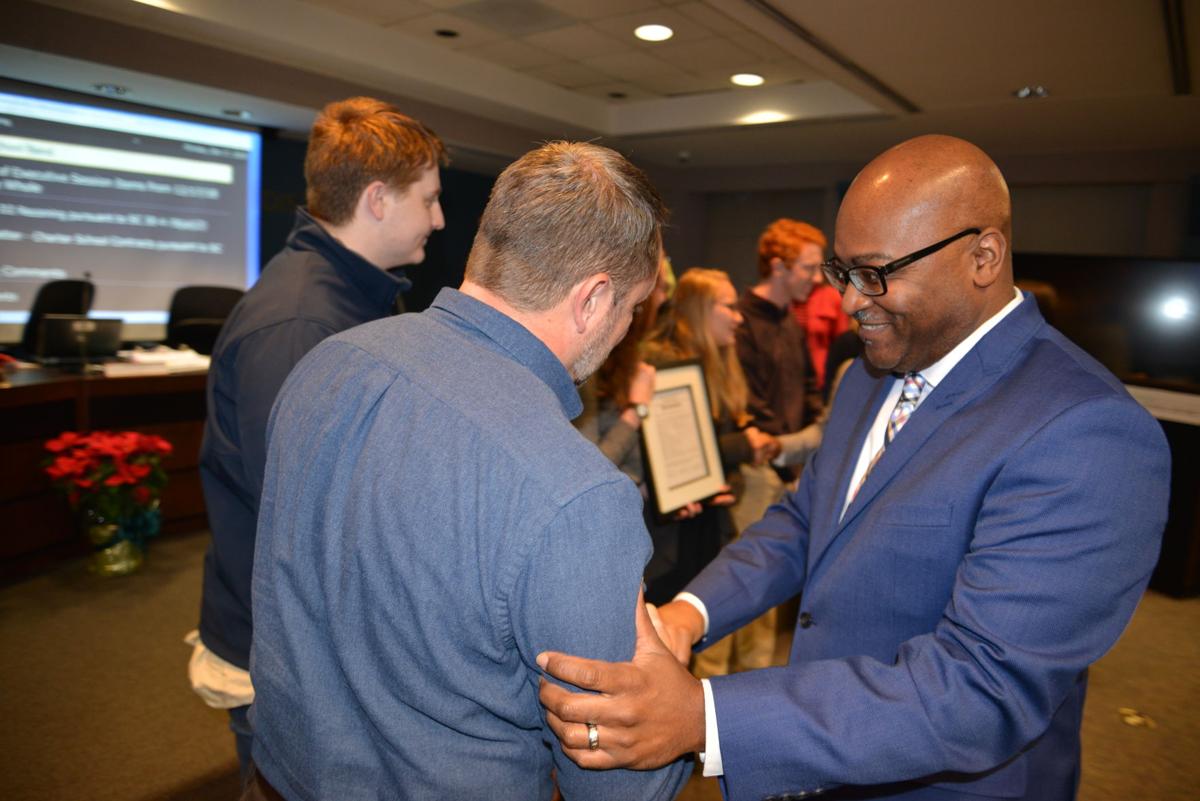 The sweet sound of the clarinets flow as smooth as the musicians who maneuver throughout the field. Nearby, the tubas rumble and the horns flare. The color guard, in a vibrant mix of turquoise and pink threads, parade in grandeur.

A gathering of middle school musicians stare in awe from the stands, wide-eyed and anxiously awaiting their opportunity to one day don the garnet and black of their high school brethren. A group of boosters sit nearby, watching proudly with the alumni association as months of fundraising comes to fruition. Props team stands below, out of the line of sight, waiting for the final note and their cue to collapse the show without a trace and tuck it away into the awaiting semi-trucks.

It’s these intricacies that have developed the Wando High School Band into a nationally recognized production. Of course, we all know hard work and dedication from the band directors and students build band programs each year. But it goes deeper than that. The foundation takes years to build with a sprawling network of loyal supporters, town and county leaders, parents and business partners. And more.

According to Don Johnson, president of Bands of Wando Foundation, it also takes feeder middle school band programs that excel. Cario, Laing and Moultrie Middle Schools all feed band students to the Bands of Wando. Cario band finished first in the county, region and in the state of South Carolina making Cario's band program No. 1 for the 18th straight year in 2018. They also had 21 first place finishes in All State.

Middle school students audition and are placed into one of four concert bands: Symphonic, Concert I, Concert II, or Chamber Winds. Percussion and color guard are separate. All the bands make up the marching band.

So each year Wando starts out with band students who have had excellent training and music backgrounds.

“The national reputation of the Wando Bands program is amazing.“ Johnson said. ”The correlation between academic achievement, leadership development, and the Wando Bands music program is evidenced by the amazing amount of scholarship money awarded every year to their graduates.”

In 2017 and 2018 senior classes of Wando Band, students were awarded over $4.7 million in scholarships.

Families of the 255 band members make up the Booster Club at Wando. This well-oiled machine has branches for fundraising, props, uniforms, operations, ways and means, development and chaperones. The boosters do all sorts of things from building the props, travelling with the band, measuring and fitting uniforms, after school supervision, meals, and chaperoning.

The Development Committee raises money through the Harmony Business partnerships for expenses associated with traveling to competitions. And this year they bought new uniforms. Just imagine that each trip out of town requires six charter busses, two 52-foot tracker trailers, and two small pull-behind trailers. No small feat for logistics or expenses.

Rounding out supporters is the Wando Alumni Association.

Don Johnson, foundation president, saw a need to have a Wando Foundation three years ago and it is well on its way. The Beach Company recently gave the foundation a $5,000 grant which will be used for students in need of financial help for private lessons and/or band dues.

Jay Johnston, president of Wando High School Band Boosters, summed it up, “The Wando band program has been one of the most rewarding experiences for me and especially for my two children. I have seen the two of them and all of the other band students grow and excel in so many ways. The band program teaches so much more than music. It provides an environment to build discipline, dedication, relationships, self-confidence and many other lessons for life. Joining the band in 6th grade was probably one of the best decisions that both of my children have ever made. It has been a life-changing experience for all of us.”

The Bands of Wando were honored by the CCSD Board of Trustees on Dec. 17. They were issued a proclamation for their achievements.

• 2018 finished sixth in the Bands of America National Marching Band Championship in Indianapolis, marking the fifth time the band has been a national finalist – the only band in the state history to accomplish that honor.

• The only band in state history to win multiple Bands of America Regional Marching Competitions.

• Most students of any high school in South Carolina to make the All-State Band for 13 consecutive years.

• Has had the most students in the All-State Jazz Band for 12 years.

• Most students of any high school in the nation in the Honor Bands of America in 2018.

• Only band in state history to have three concert bands accepted to the State Concert Festival.

• Won the State Marching Band Championship the last 11 years in which they competed.