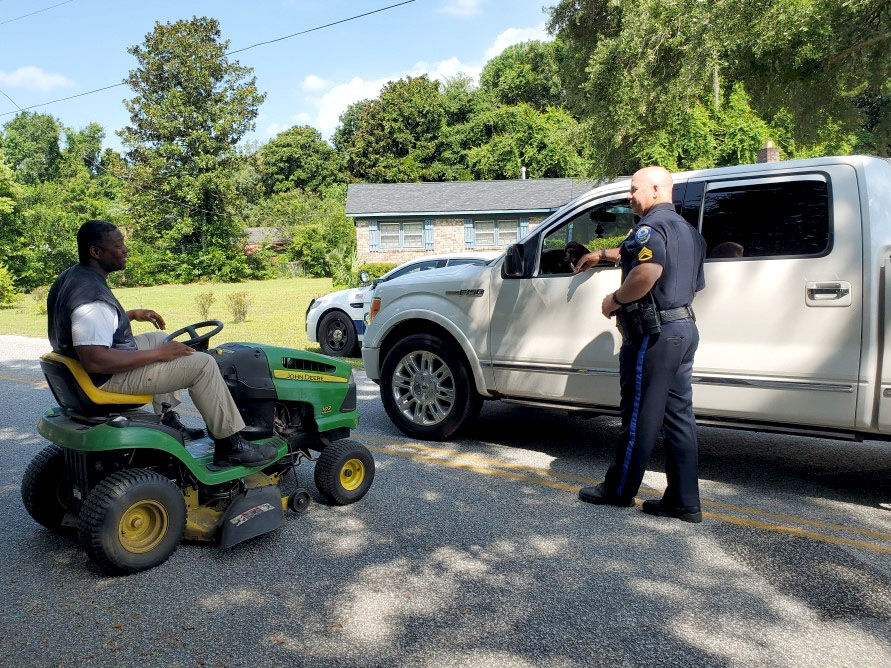 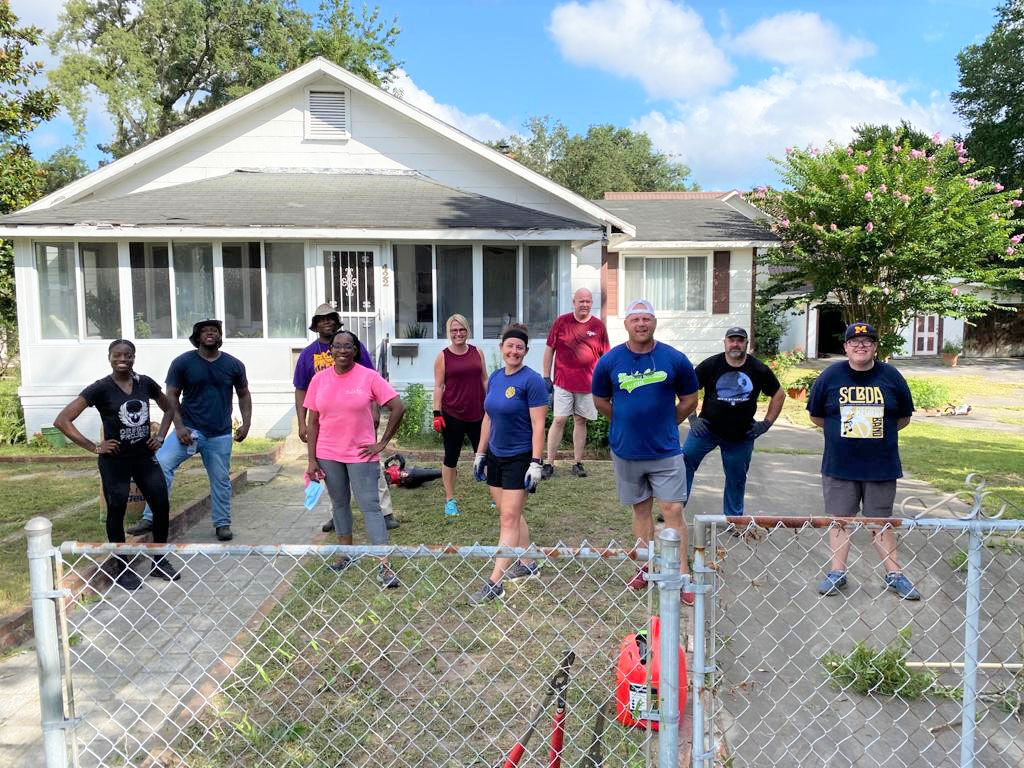 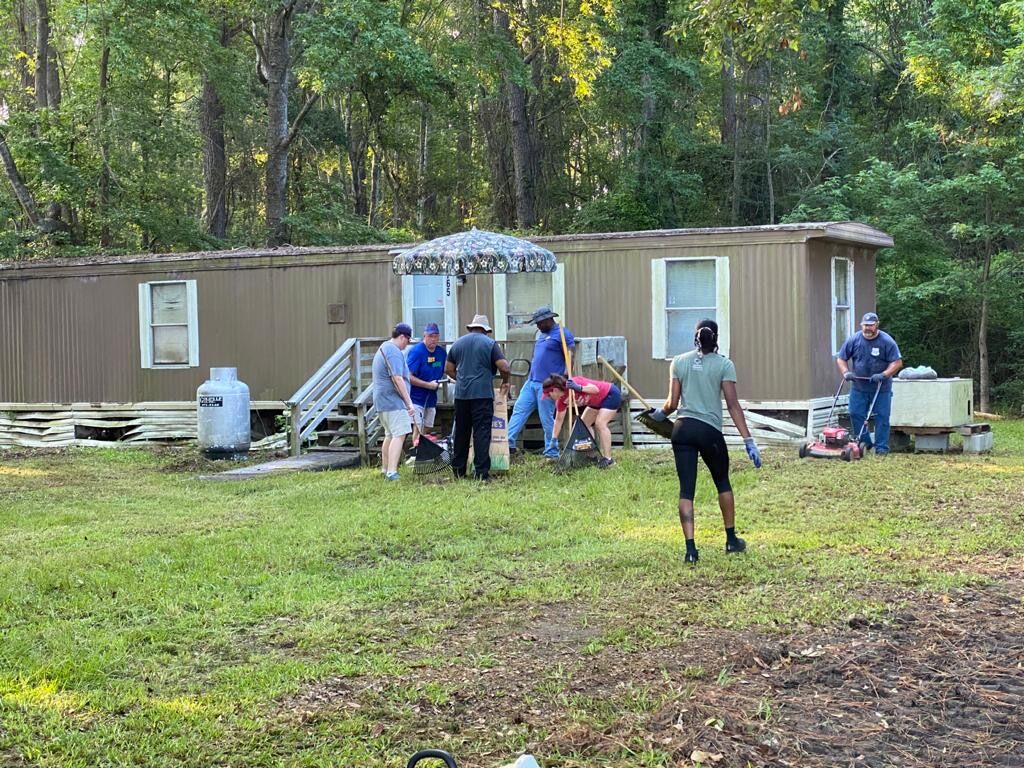 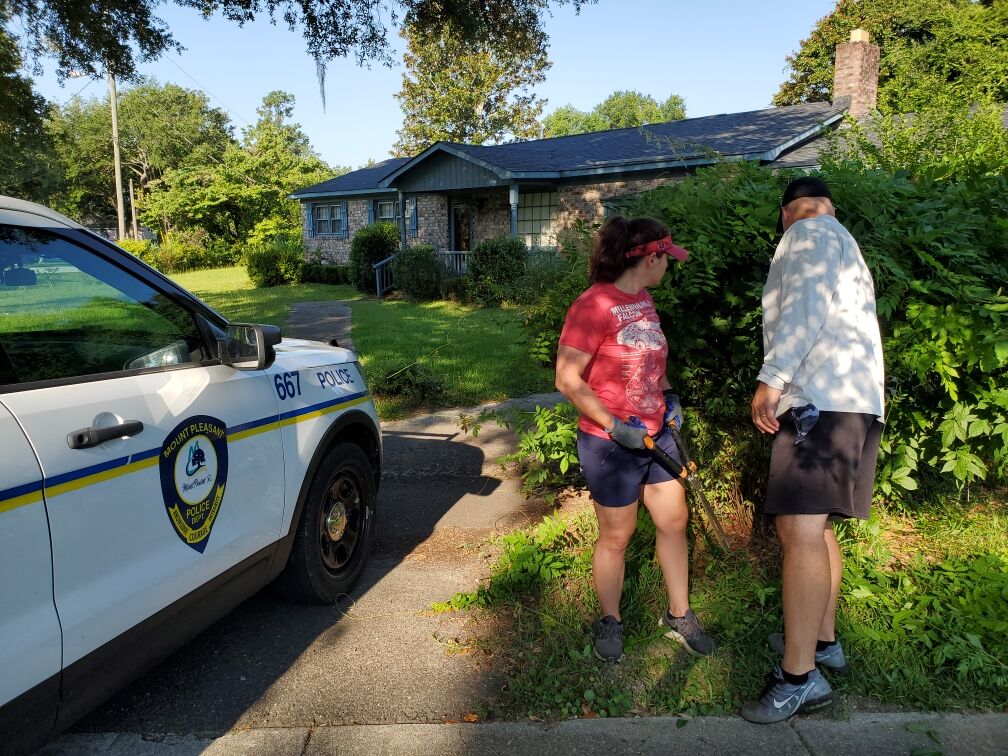 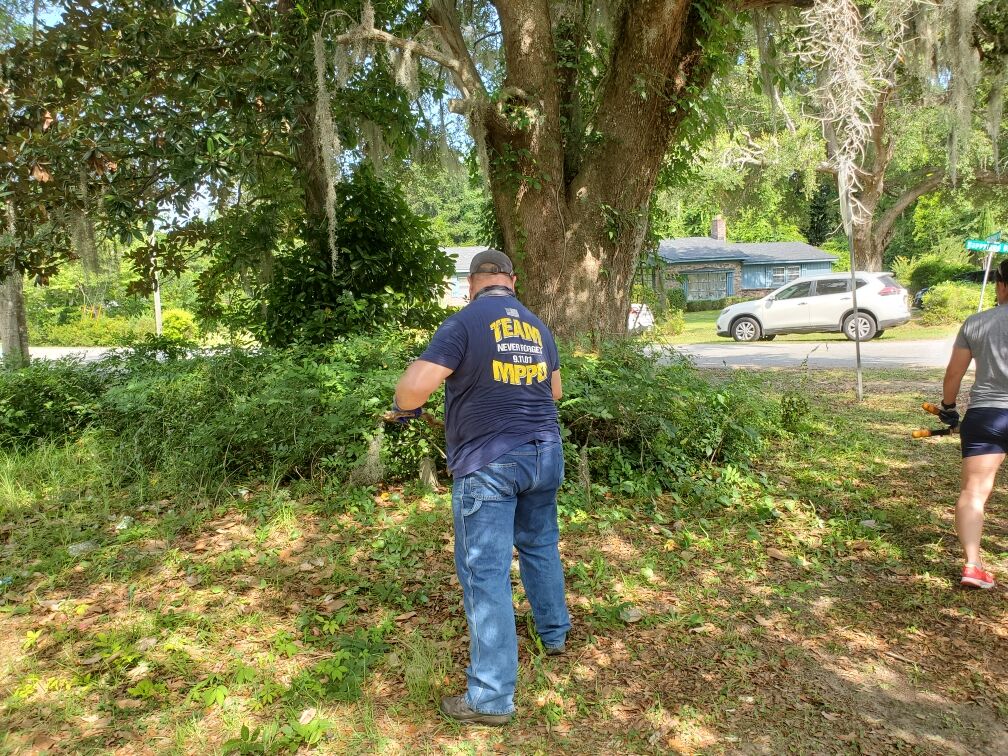 In the summer of 2015, longtime MPPD Sgt. A.J. Santos was approached by a local senior victim advocate that said clients were in dire need of property maintenance. Senior victim advocates are trained to support victims of crime. They offer emotional support, victims’ rights information and accompany families through criminal justice proceedings.

After surveying the senior victims’ homes in question, Santos asked MPPD Chief Carl Ritchie if the SROs could form a task force as a summer service project. Ritchie approved of the philanthropic opportunity.

“It wasn’t just unkept yards. It was basically unsafe (yards),” MPPD SPO Bryce Gregory said, who has been involved with the project since the start and with MPPD for 15 years.

Five years later, MPPD’s operation has expanded in terms of the number of officers helping out and the number of victims being helped. Since starting, MPPD has increased from eight SROs to 16 on board, plus two supervisors. The department has one senior victim advocate employed.

Monday through Friday, for two consecutive weeks, MPPD averages four to five houses per day. Depending on the condition of the property, most take an hour to spruce up. Some are in poorer shape than others and take a whole day to tidy up.

Each summer, MPPD services approximately 25 to 30 homes. Over the years the department has serviced nearly 75 residences, in some cases with repeating clientele.

Gregory said there’s one yard in particular that MPPD addresses every summer because the senior victim doesn’t have any family members or means to maintain the lawn.

“Obviously, it means a lot for the elderly who can’t cut grass on their own,” Gregory said. “We’re making a difference individually, which is very important, but it also gives the police department a chance to show that they are not just here to give tickets, arrest people or enforce law but that we actually care about our residents, their homes and their lives.”

MPPD has met with East Cooper Meals on Wheels drivers and asked them to report back if they notice seniors in need of such services. Local church pastors have also given MPPD tips on parishioners seeking similar help.

Gregory said that such beautification efforts have a correlation with deterring crime. He noted homes that are better maintained are statistically less likely to be broken into or trespassed than neglected homes.

“We’ve had nothing but good feedback from people who receive the yard work themselves but especially their families too,” Gregory said. “We try to go out of our way to make a good impression on everybody that we can.”

The residential units involved pertain only to the Mount Pleasant area from as far north to the Awendaw town line to the Old Village and all subdivisions in between.

The names and locations of homeowners involved in the project were kept anonymous by MPPD due to privacy protections.