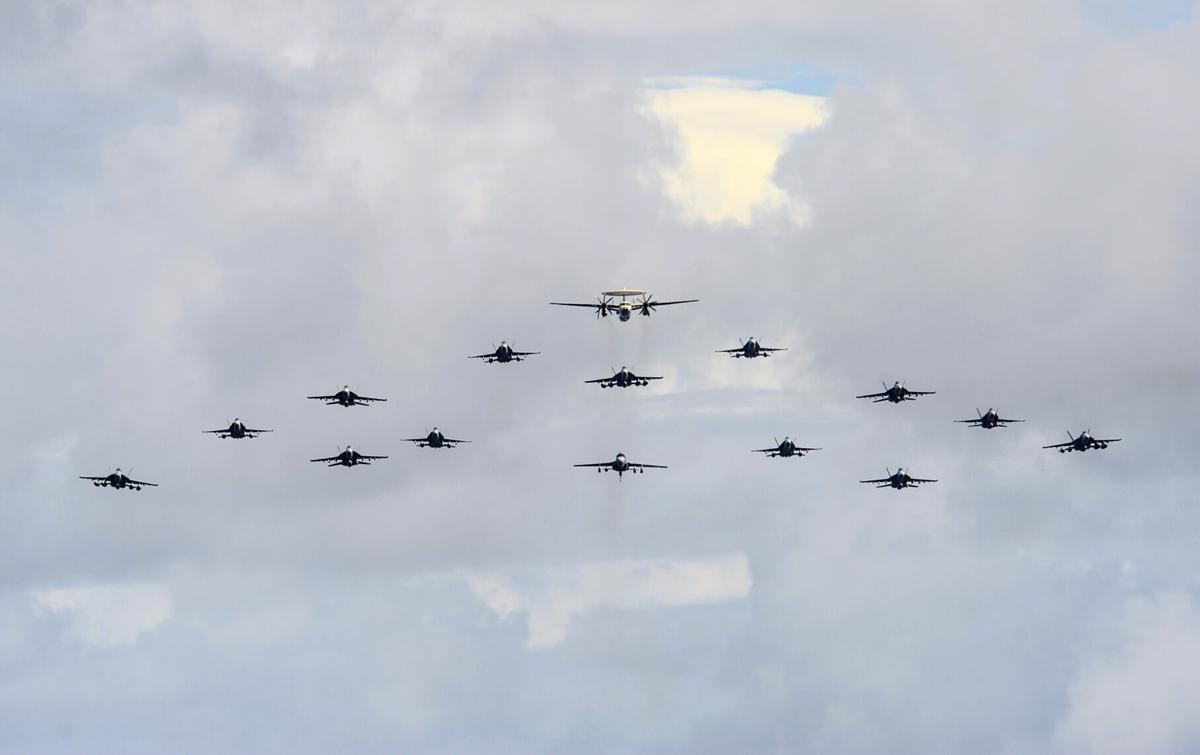 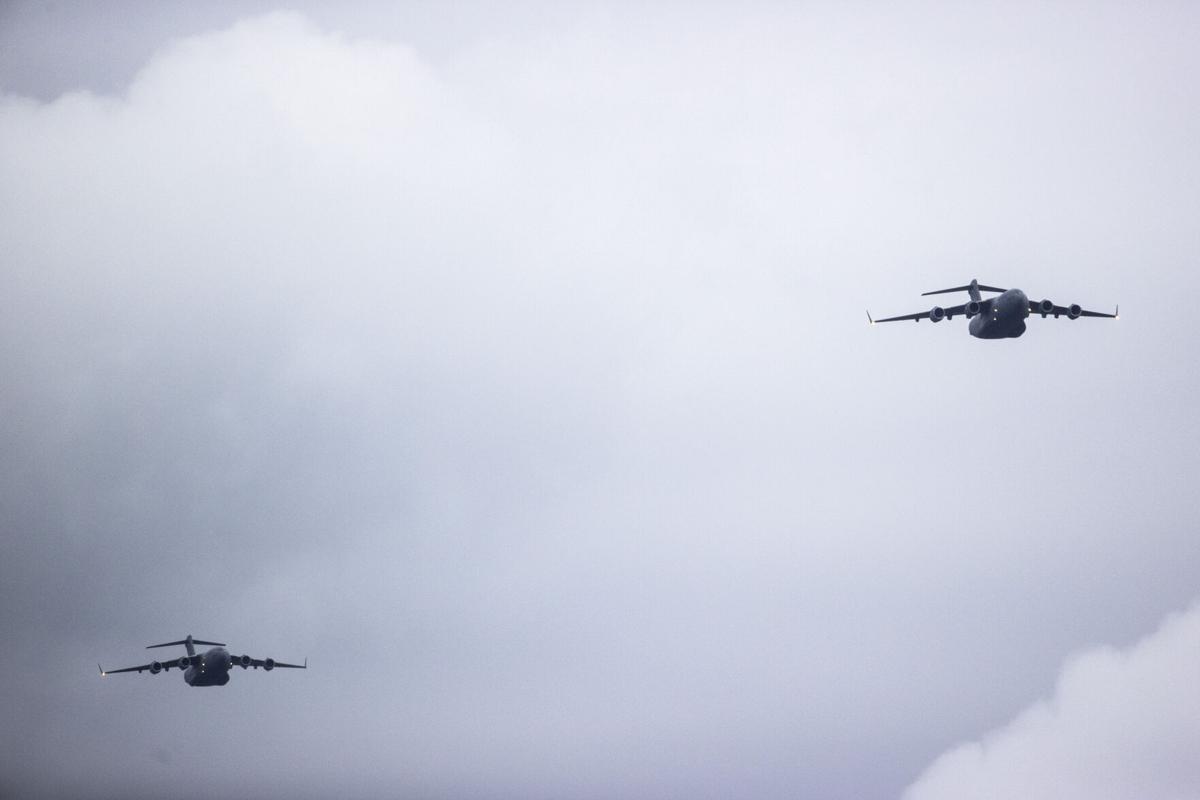 Two C-17 cargo jets prepare to land for the 4 millionth flying hour for the C-17 fleet on Jan. 15, 2020, at Joint Base Charleston in North Charleston. File/Andrew J. Whitaker/Staff 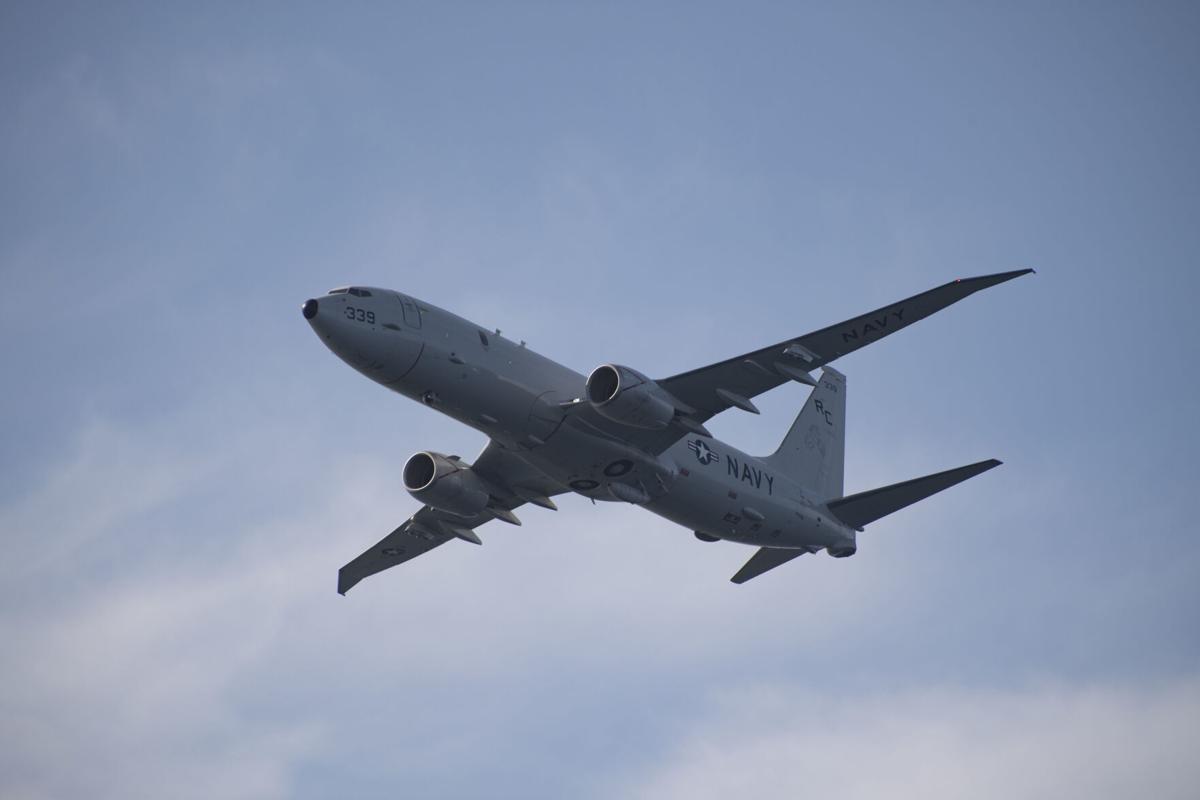 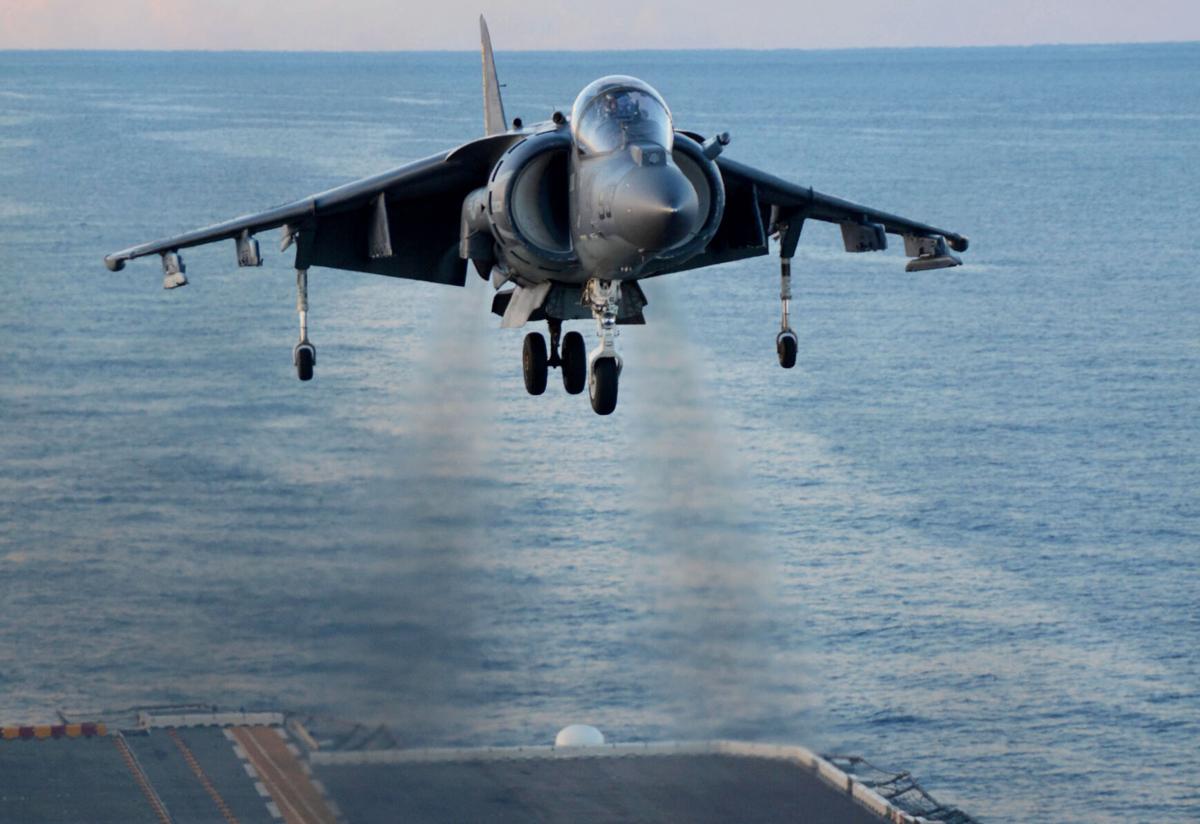 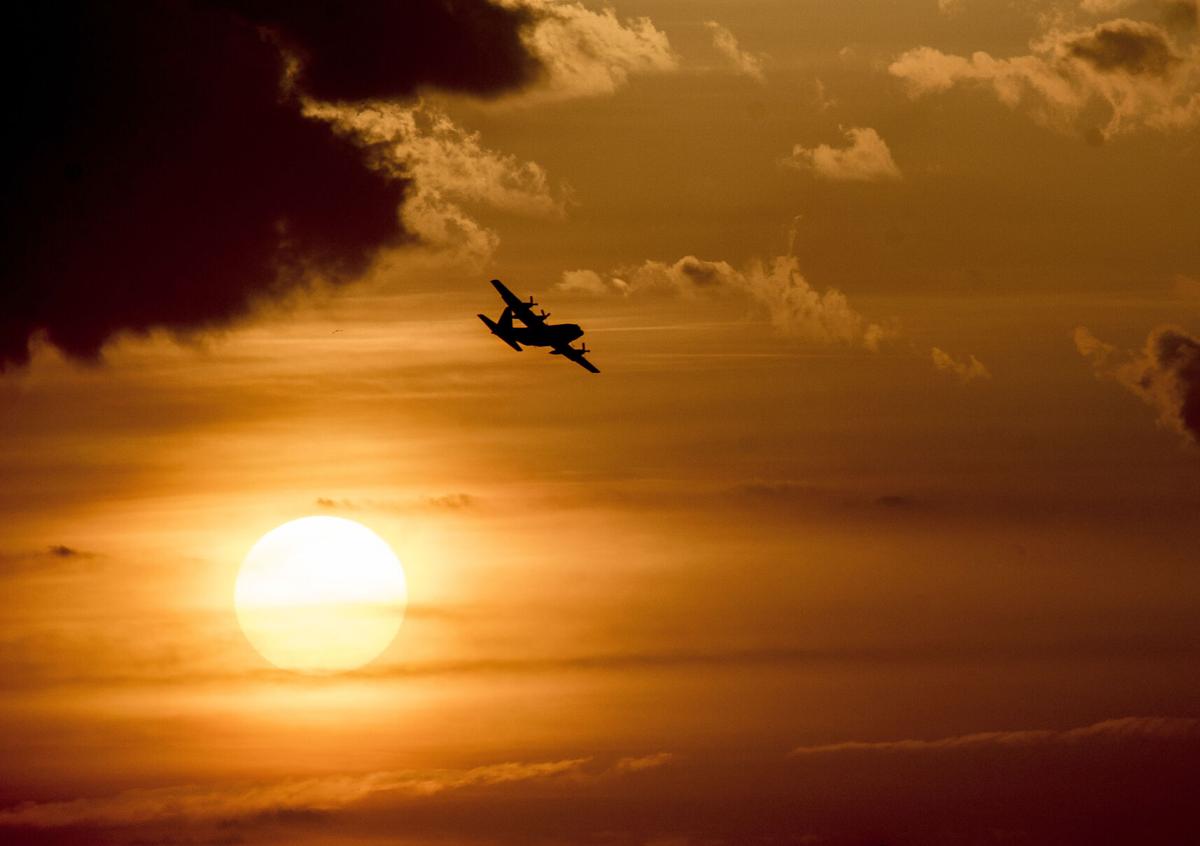 An Air Force Reserve aircrew flying a C-130 Hercules assigned to the 910th Airlift Wing, Youngstown Air Reserve Station, Ohio, performs aerial spraying over Joint Base Charleston. The unit is the only one of its kind in the Air Force. Senior Airman Dennis Sloan/U.S. Air Force 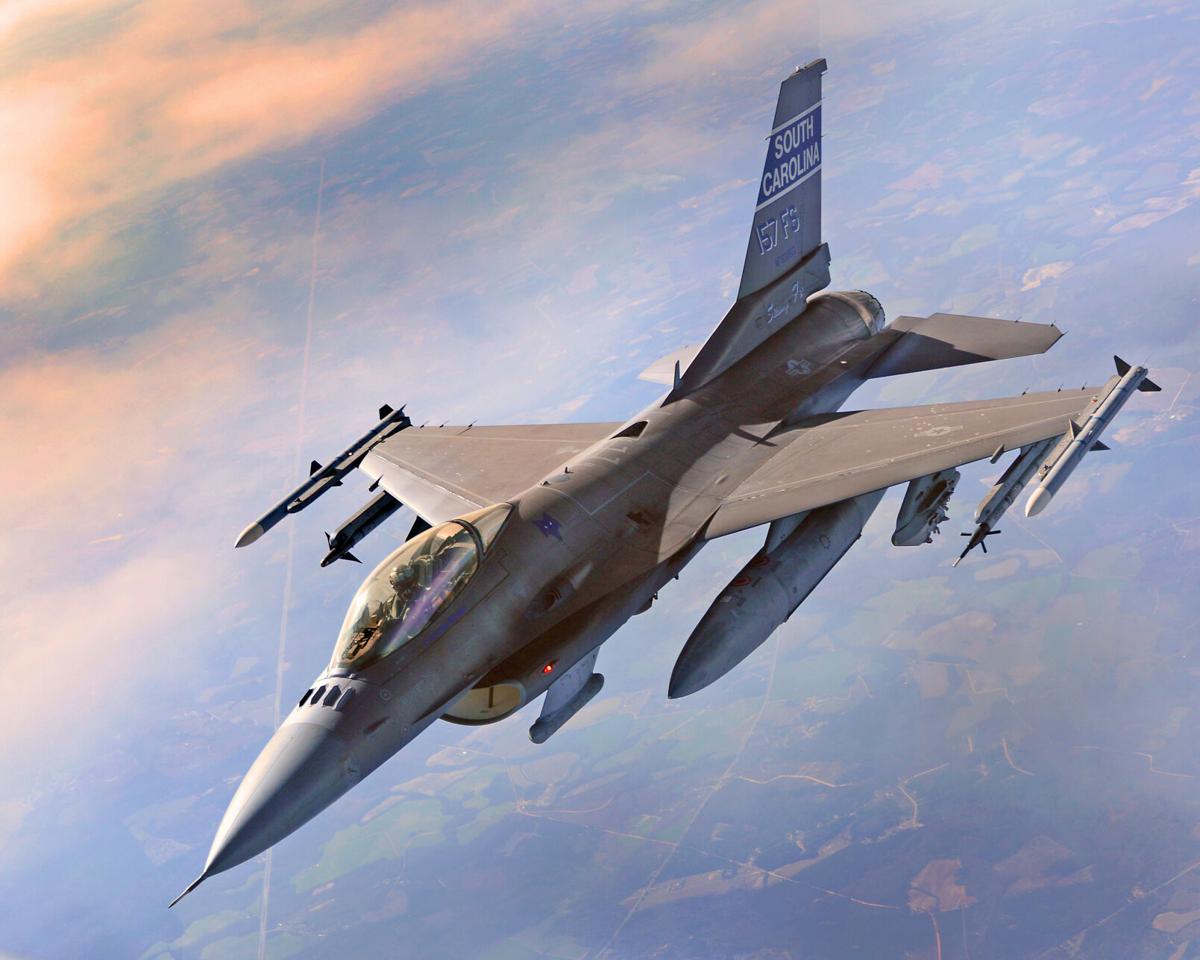 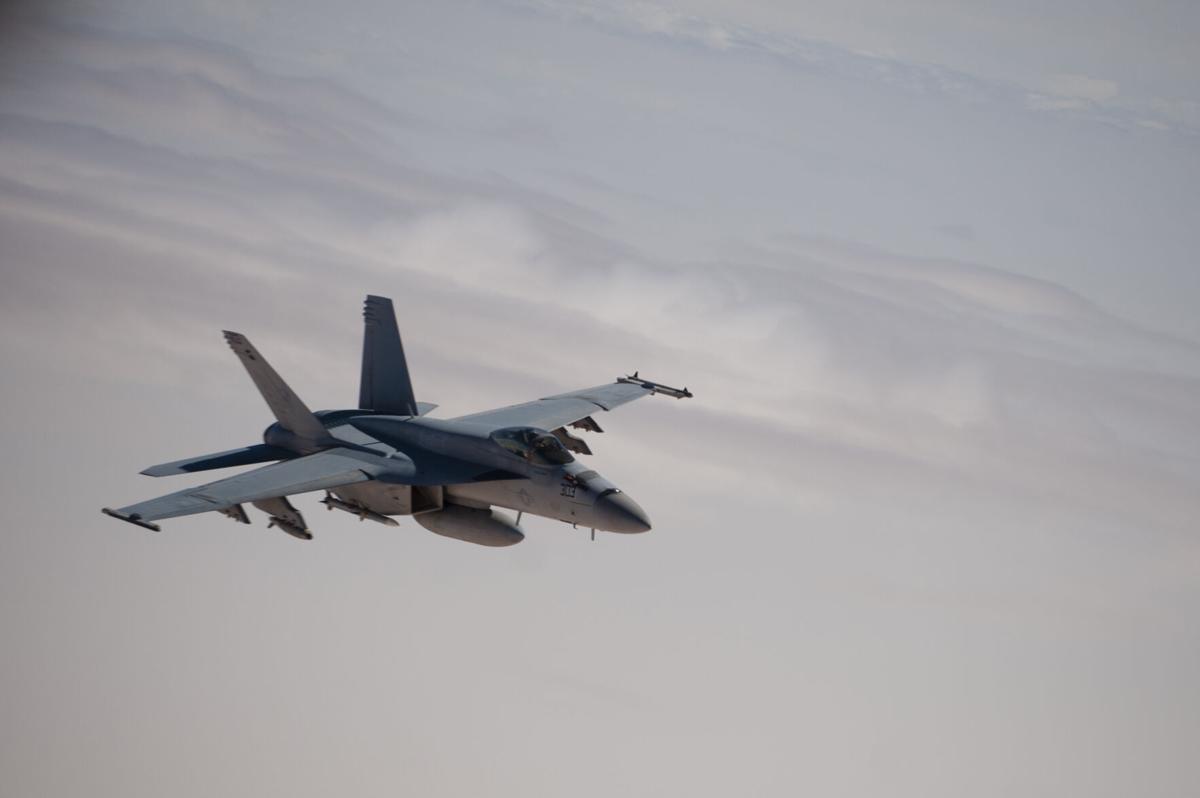 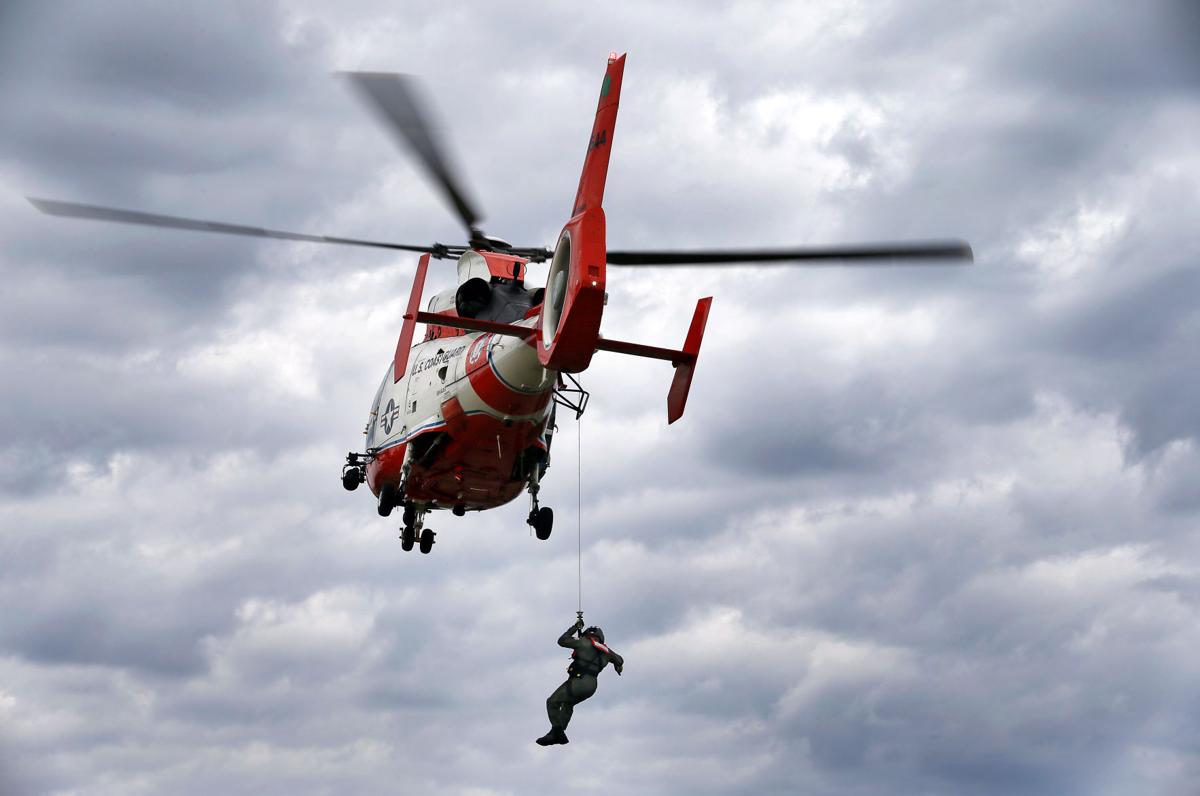 A Coast Guardsman demonstrates a rescue from the side of a Coast Guard helicopter in 2018. File/Grace Beahm Alford/Staff 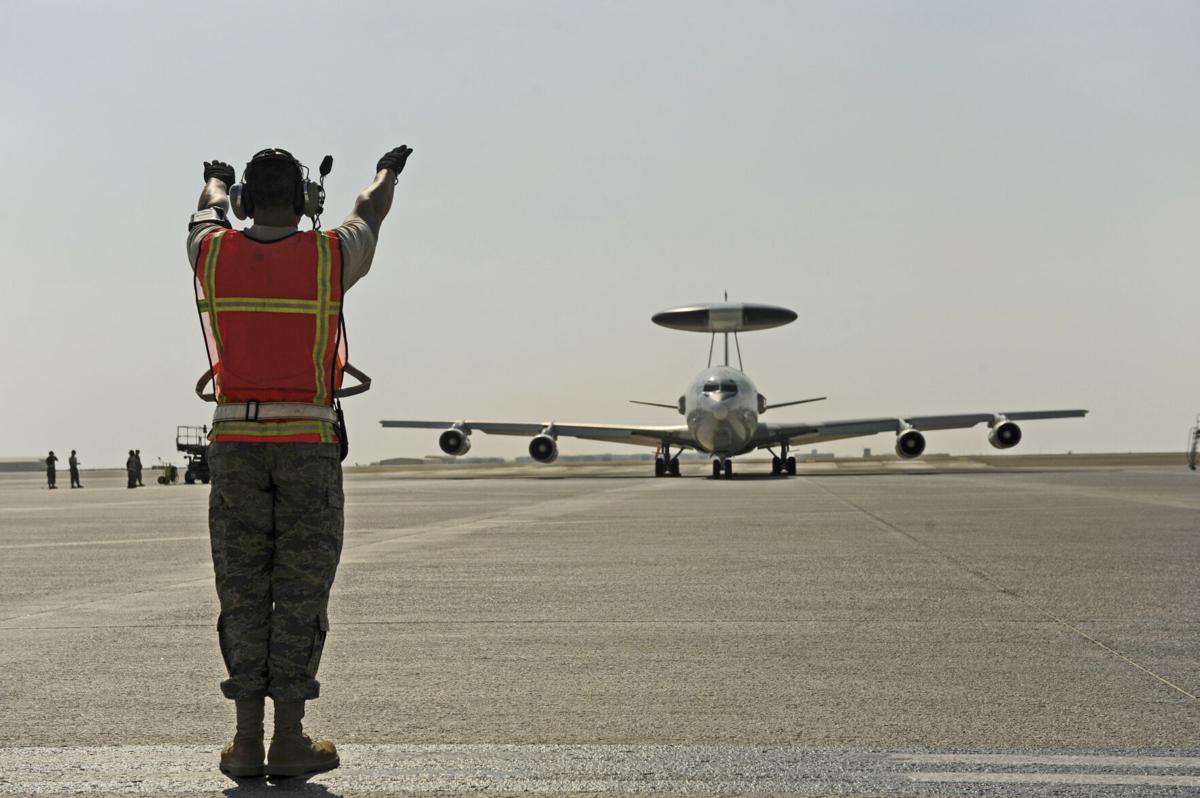 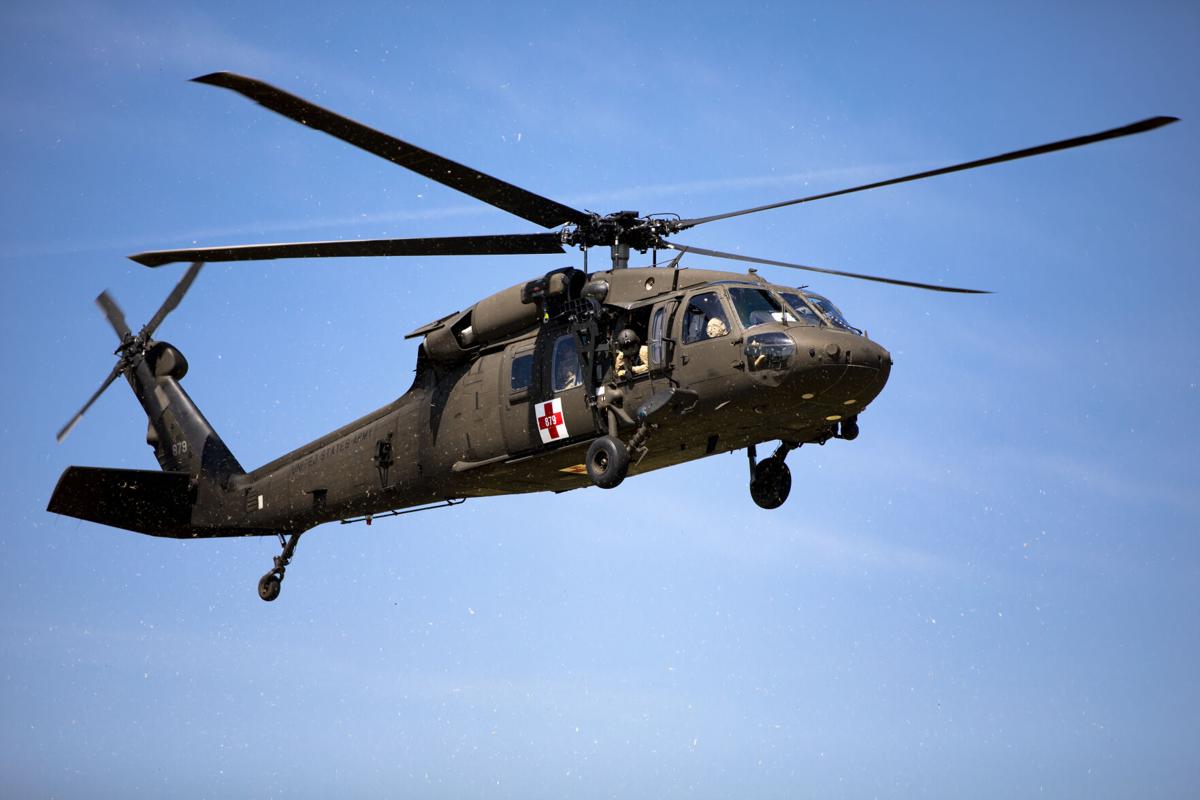 A UH-60 Black Hawk helicopter piloted by Brandon Jackson, a Moncks Corner native, prepares to land during a ceremony in his hometown on April 23, 2021, in Moncks Corner. File/Andrew J. Whitaker/Staff 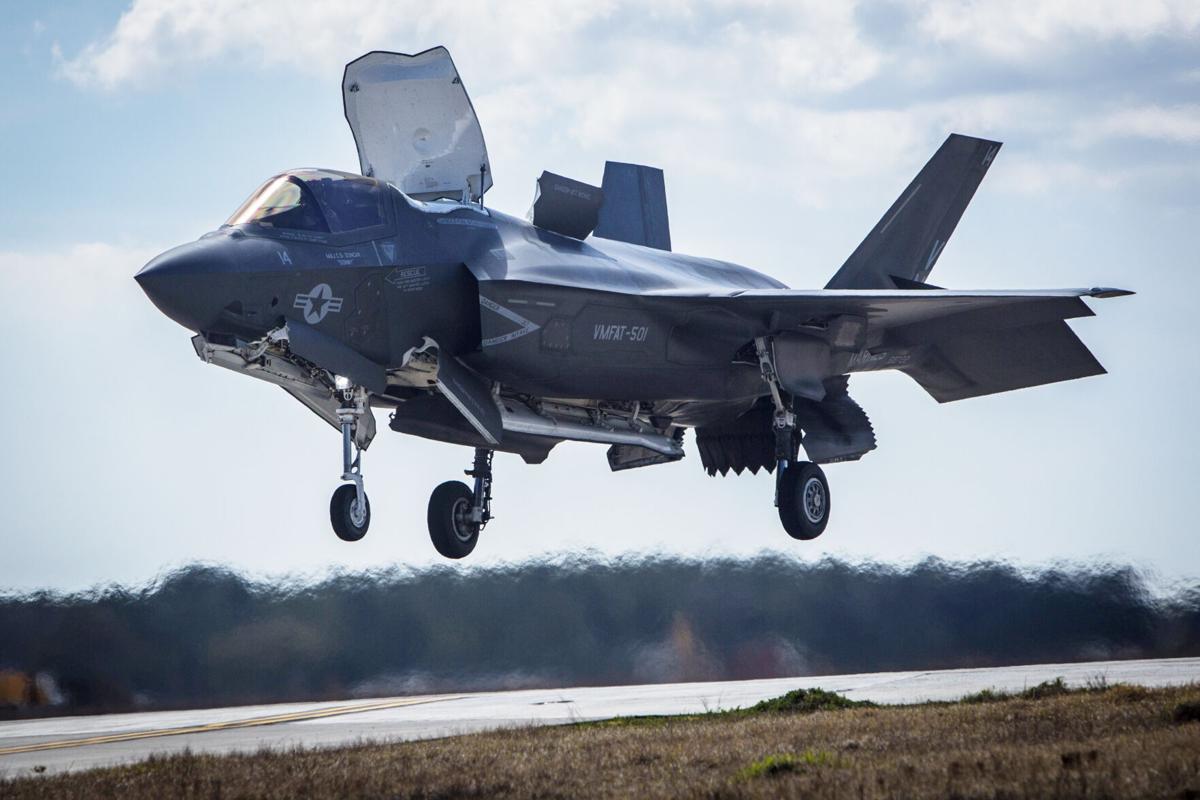 An F-35B Lightning II performs a vertical landing at Marine Corps Air Station Beaufort. The F-35B is the short-takeoff and vertical- landing variant of the jet. The aircraft is with Marine Fighter Attack Training Squadron 501. Cpl. Jonah Lovy/U.S. Marine Corps

NORTH CHARLESTON — Drive down the aptly named Aviation Avenue and other roads near Charleston Air Force Base and you'll no doubt see some familiar military aircraft.

But all across the Lowcountry, there are dozens of plane-watching opportunities. And identifying some of the flying craft can be a little tough sometimes. With a little practice, the characteristics of most will become easier to spot.

For Armed Forces Day, May 15, here's a curated list of 10 military jets, prop planes and helicopters and their general characteristics to identify as you scan the skies:

This large transport plane is stationed at the base as part of the Air Force's transport mission. It delivers troops and cargo to bases around the world. It has a payload of 170,900 pounds.

The C-17 is distinctive and easily identifiable. It has thousands of arrivals and departures per year at Joint Base Charleston.

This multipurpose patrol plane is used by the Navy primarily for anti-submarine and anti-surface warfare. It performs intelligence, surveillance and reconnaissance missions around the world and participates in search and rescues.

Fact: It's a military version of the Boeing 737.

A tactical transport plane capable of a wide variety of missions, including aerial refueling, special operations, airlift support, aerial spray, firefighting, disaster relief and weather reconnaissance. Lockheed Martin's turboprop can carry up to 42,000 pounds and take off and land on short, unprepared strips.

Crew: Three (two pilots and loadmaster) or more, depending on mission

Fact: This is the plane of choice for the Air Force Reserve's Hurricane Hunters.

Although this short takeoff/vertical landing jet has been out of production since 2003, some Marine squadrons are still flying them, including those at Cherry Point, N.C. The planes will be by replaced by F-35s.

Fact: It takes up to eight Marines to remove or install the Harrier's Rolls-Royce Pegasus turbofan engine.

The F-35 is the newest multirole stealth fighter being deployed by the Air Force, Navy and Marines. It's designed to replace aging fleets of F-16s and several other planes, but the program has suffered several delays.

Measurements: 51.4 feet long with a wingspan of 35 feet

Armament: Wide variety of weapons can be carried internally in stealth mode; ordnance payload is more than 18,000 pounds

Fact: Marine pilots are being trained in Beaufort in the F-35B, the short takeoff/vertical landing version of the jet.

A multirole fighter aircraft that has succeeded in air-to-air and air-to-surface combat. Its life has been extended due to delays in the F-35. International demand remains high for the versatile jet. The plane is flown by the S.C. Air National Guard.

Crew: One or two

Fact: Lockheed Martin moved the F-16 production line to Greenville. The facility also has a contract to overhaul the fighters for the Air Force.

The Navy and Marine Corps deploy this all-weather fighter and attack aircraft. Several Hornet squadrons operate out of Marine Corps Air Station Beaufort. Both services can launch the jets from aircraft carriers, but the Marines are moving solely to the F-35 for carrier duty.

Crew: One or two

Fact: The Blue Angels, the Navy's flight demonstration squadron, now fly the Super Hornet after 34 years in the Hornet.

A patrol and search-and-rescue helicopter operated from Coast Guard bases and cutters. While the choppers seen in our area are based in Savannah, one is on duty at the Sector Charleston air facility.

Fact: Dolphins are used extensively in lifesaving operations after hurricanes.

This helicopter can transport an entire 11-person, fully equipped infantry squad in most weather conditions. The S.C. Army National Guard flies the chopper.

Fact: Critical components are armored, and the airframe is designed to crush progressively to protect occupants.

The Airborne Warning and Control System jet is easily identified because it has a large radar housed in a rotating, saucer-shaped dome 11 feet above the fuselage. The jet provides surveillance, target tracking and early warning of enemy actions.

Crew: Flight crew of four plus mission crew of 13-19 specialists

Fact: The E-3 can fly a mission profile about eight hours without refueling.