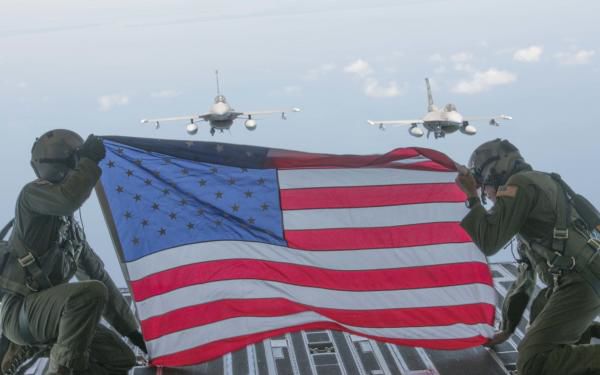 Members of Team Charleston hold a flag up in honor of 1st Lt. David Schmitz, a pilot with the 77th Fighter Squadron at Shaw Air Force Base, on July 4, 2020, at Joint Base Charleston. Two F-16 Fighting Falcons from The 169th Fighter Wing, McEntire Joint National Guard Base, flew in formation behind a C-17 Globemaster III to honor Schmitz who was recently killed in an F-16 crash at Shaw Air Force Base. Senior Airman William Brugge/U.S. Air Force/Provided 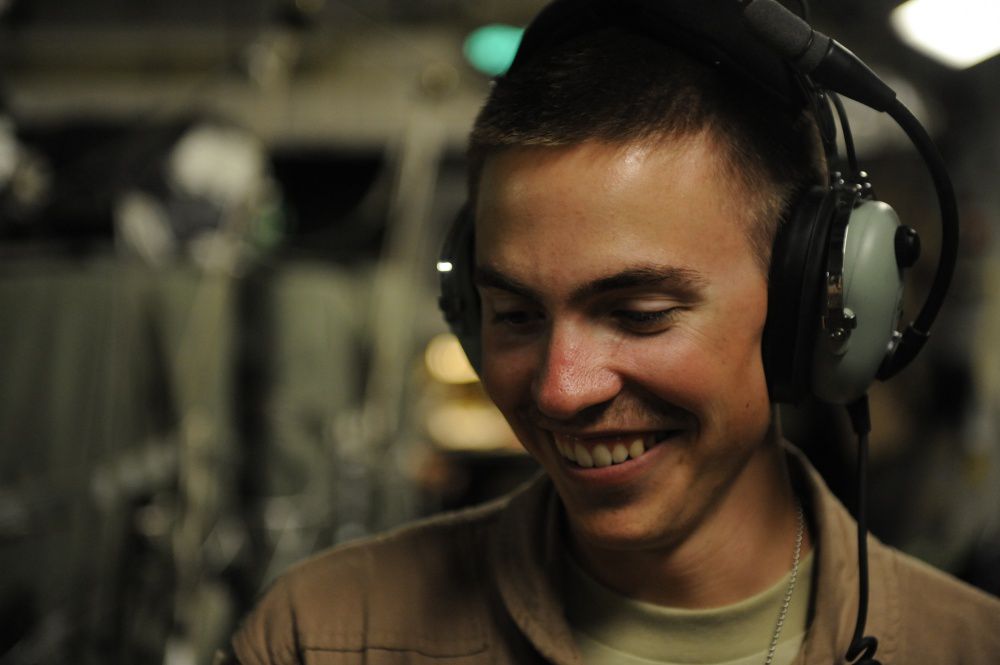 David Schmitz prepares pallets for an air drop mission in support of Operation Enduring Freedom aboard a C-17 Globemaster III over Afghanistan, Sept. 18, 2010. The airman, who became a pilot at Shaw Air Force Base, died in a plane crash while flying June 30 on a training mission. Staff Sgt. Eric Harris/Provided

Valerie Schmitz knew her husband, David, would be training late at night.

As a pilot at Shaw Air Force Base, he worked unusual hours. But around midnight July 1, Valerie Schmitz woke up to hear their dog, Toby, barking at the door. Someone was ringing the bell. Why didn't her husband just unlock it?

A Citadel grad died in training 6 months ago. Now, the government is investigating why.

"I opened the door and in front of me I see members of his squadron and a chaplain," Valerie Schmitz wrote in a public Facebook post. "My heart sank to my stomach. The looks on their faces said it all."

According to base officials, Schmitz was conducting a routine training mission in a F-16CM Fighting Falcon when the aircraft crashed on base. He was the only person aboard.

"He gave 110 percent effort in everything he did," Valerie wrote. "He didn’t want to be just good enough. He had to be the best and so he always strived for that."

Schmitz, a California native, got his pilot license at 17, Sullivan said.

Prior to graduation, he enlisted as a loadmaster on C-17s and “never gave up on his lifelong goal of flying for the United States Air Force as a pilot,” Sullivan said.

Schmitz was a student pilot graduate from the 8th Fighter Squadron’s F-16 Basic Course in December.

Shaw Air Force Base has seen a flurry of deaths since 2019. At least three airmen died from suicide and two died from complications after physical fitness testing last year.

Additionally, training deaths are a nationwide epidemic in our country's military.

Five years after the start of operations in Afghanistan and three years after the invasion of Iraq, a total of 16,652 active-duty personnel and reservists died while serving in the U.S. Armed Forces, according to a report by the Congressional Research Service.

Nearly 32 percent of those fatalities were connected to accidents. By comparison, 16 percent died in combat in that same time frame. The rest includes self-inflicted deaths, homicides, illness and injury.

Following the death of Conor McDowell last year, a Citadel graduate who was killed in a rollover accident while training at Camp Pendleton, the Government Accountability Office began conducting an audit of safety standards in the Army and Marines.

In the wake of these training deaths, military bases and the communities around them, try to honor these service members.

On the Fourth of July, two F-16 fighter jets flew behind a massive C-17 transport plane from Charleston Air Force Base.

The rear door of the massive transport opened and two soldiers displayed an American flag to the pilots behind them.

It was a small display, a quick remembrance of a pilot who wanted to see life from the heights of the sky.

“During this extremely difficult time, the outpouring of love and support from our communities to his family and our base has been much appreciated,” the base said in a statement. “Thank you.”

In Valerie Schmitz's neighborhood in Sumter, red ribbons have been placed on mailboxes and street signs to remember and honor David. She said that she's heartbroken, but she's grateful she got to capture a part of his life in her heart.

"I am so incredibly lucky that you chose me to love and spend the rest of your life with," Valerie Schmitz wrote on Facebook. "I will cherish you for the rest of my life."