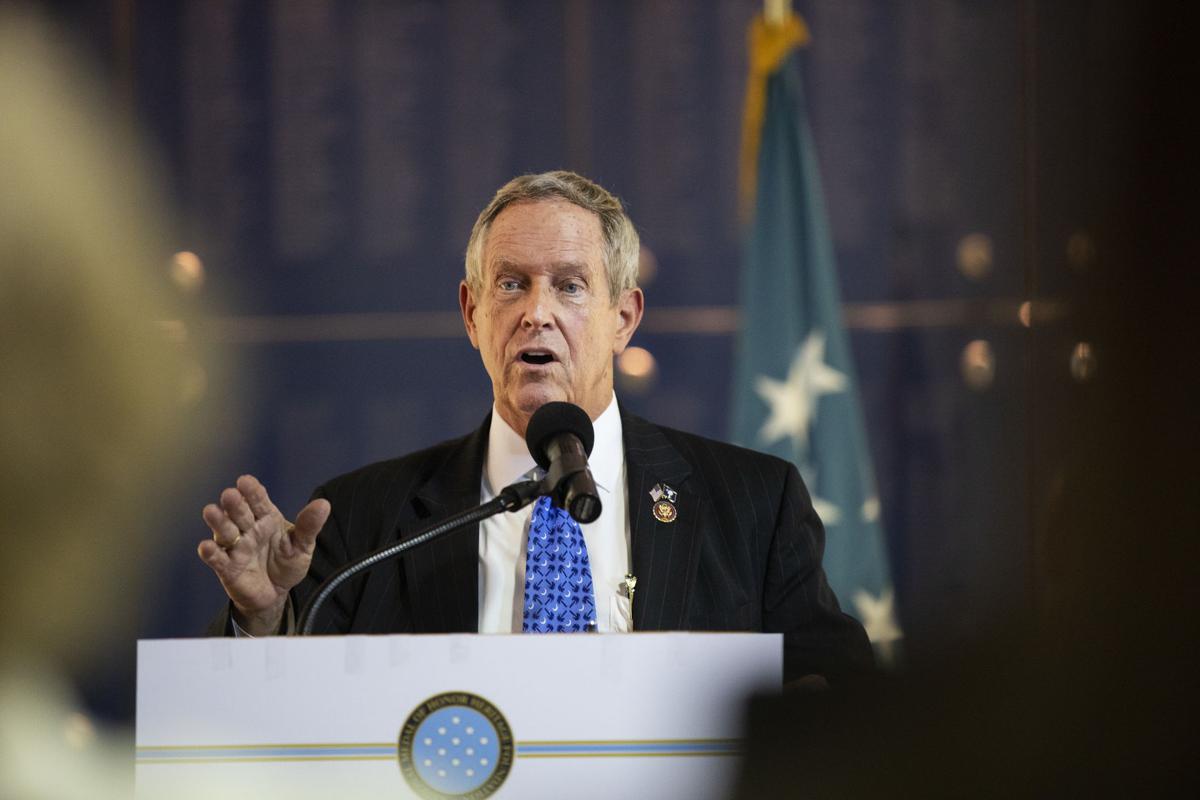 U.S. Rep. Joe Wilson speaks during an announcement of a Medal of Honor museum project on the aircraft carrier Yorktown at Patriots Point on Monday, July 29, 2019. File/Lauren Petracca/Staff

You're reading exclusive content from our new SC Military Digest newsletter. Each week, the newsletter provides in-depth coverage of military issues across the Palmetto State, updates from our bases, headlines from around the nation and world, and more. Sign up here to get it delivered to your inbox.

Women have started to make up more of America’s fighting force since former Defense Secretary Leon Panetta opened all combat roles to women in 2013.

At least 60 percent of all women in the Army are trained at Fort Jackson in Columbia. But equipment that properly fits women for training hasn’t been readily available for nearly a decade.

“Women deserve the proper fitting personal protective equipment from the day they enter the military — not just when deploying,” Wilson said in a statement. “Our military’s readiness depends on Soldiers, Airmen, Marines, and Sailors to ‘train like they fight.’ This bill will expedite the procuring and fielding of new generation equipment that better protects females.”

In May 2018, former Joint Chiefs of Staff Chairman Gen. Joseph Dunford said combat armor “had been built for the average male and not the average female.” A 2018 report from the Defense Advisory Committee on Women in the Services said that servicewomen only get access to better-fitting armor when a woman deploys.

"The Services have noted deploying troops receive priority for available equipment and gear, yet research has shown that poorly fitting equipment is a leading cause of injury for all service members," the report said.

Armor that would properly fit a woman's bust is typically not available for training. Most women wear extra-large sized men's body armor, which can be hazardous when quickly moving through exercises. It also means that service members aren't training with the same equipment they're going into combat with.

SC will spend $120M to build 4 veterans homes; 3 will be in powerful lawmakers' hometowns

Wilson’s bill would “expedite contracting for and procurement and fielding of new generation personal protective equipment that better fits and protects all members of the Armed Forces, including female members,” according to the text.

This week, Sens. Thom Tillis, R-N.C.; Elizabeth Warren, D-Mass.; and Kirsten Gillibrand, D-N.Y., all said they would support the bill.

“I’m grateful to work to reduce injuries to all of our brave service members by ensuring they have the right equipment from day one,” Wilson said in a statement.