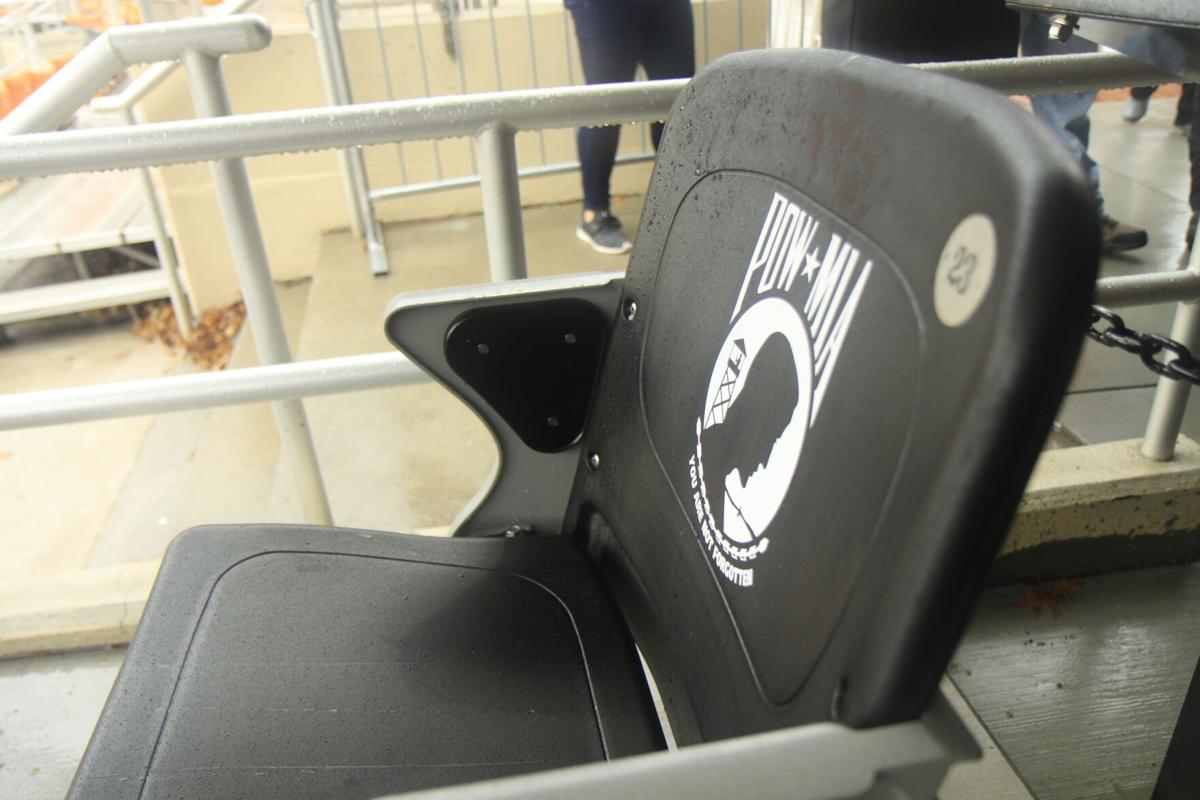 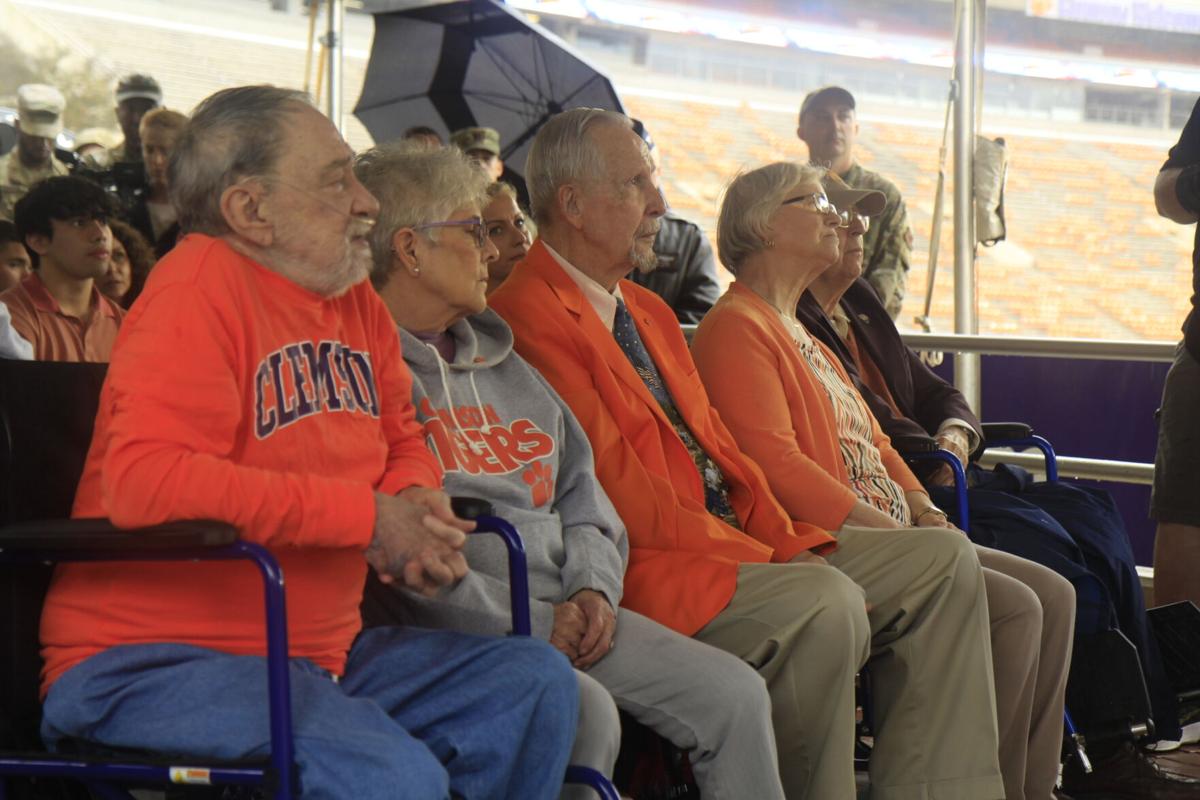 Clemson alumni Dick Vaughan (left), Bill Austin (center) and Bob Fant (far right) attended a Veteran’s Day ceremony where a “chair of honor” was dedicated to POW/MIA service members. Each man was taken captive and held as a prisoner of war in Vietnam for more than a year. Caitlin Herrington/Staff

CLEMSON — There are more than 80,000 seats in Memorial Stadium.

The three alumni in attendance collectively spent more than 4,000 days as captives during the Vietnam War. Air Force Col. (Ret.) William Bill Austin II, Navy Cmdr. (Ret.) Bob Fant Jr. and Air Force Maj. (Ret.) Samuel Dick Vaughan had a front-row seat to the unveiling of the chair dedicated to them and other POW/MIA service members.

There are 23 known Clemson University alumni who were prisoners of war from World War II until the present. There are 27 South Carolinians still missing in action, according National League of POW/MIA Families.

Frank Blake, who donated funds to install the chair in the east end near Howard’s Rock, read aloud the plaque behind the chair. It is a symbol there is a space awaiting their return, he said.

The empty chair is a powerful sign of the university’s commitment to its service members, as the school was founded with military roots, said Tony Wagner, a Navy veteran and university executive vice president for finance and operations.

“We have many reasons to be thankful at Clemson,” he said at the unveiling ceremony. “However, all of that takes a back seat to the debt of gratitude that we owe to the men and women who are serving and all those who have served.”

Meditation, medication or therapy: The world of PTSD treatment continues to expand

The recipients were recognized for their actions during Operation Allies Refuge, the evacuation of Afghanistan in August 2021. It was one of the largest evacuation operations in American history.

Caitlin Herrington covers the Clemson area for The Post and Courier.