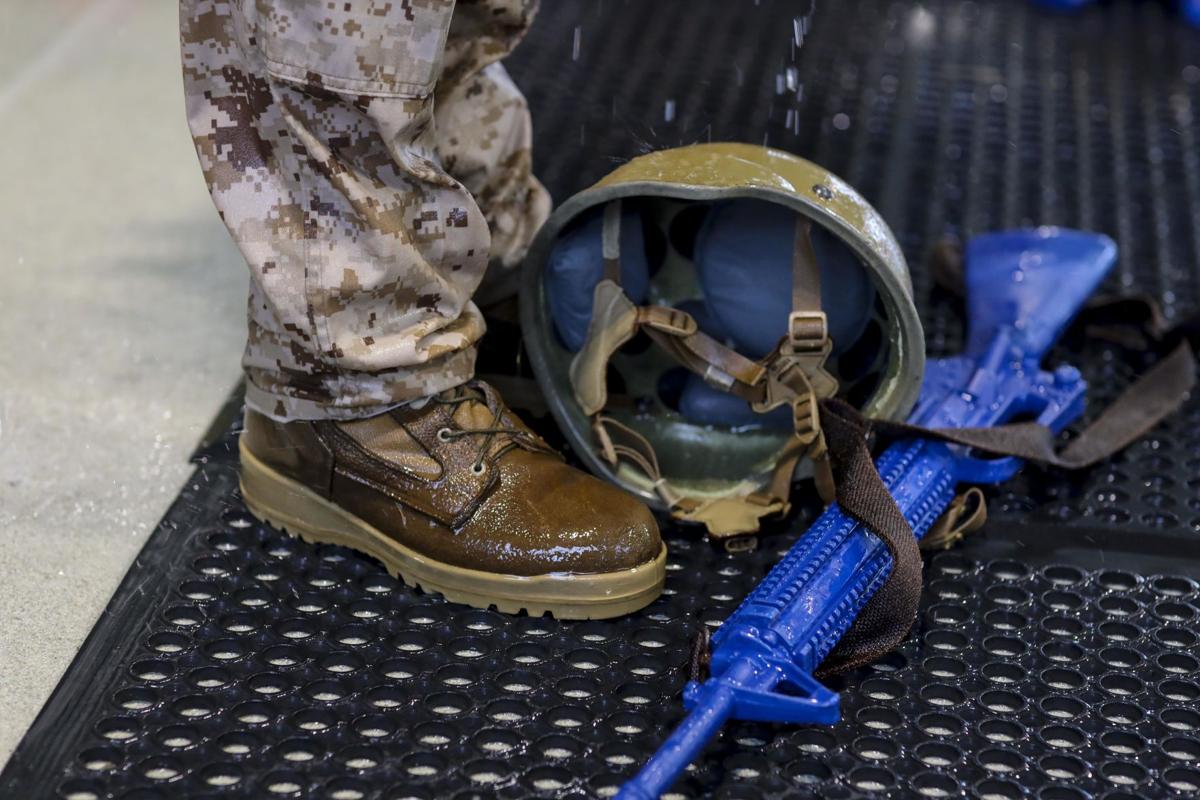 A recruit with 4th Recruit Training Battalion, prepares for the final swim-qualification event  at Marine Corps Recruit Depot Parris Island on Dec. 17, 2019. Chloe Maples was about to graduate from boot camp when she found out her mother and sister had died in a car crash. Lance Cpl. Samuel C. Fletcher/Marine Corps/Provided 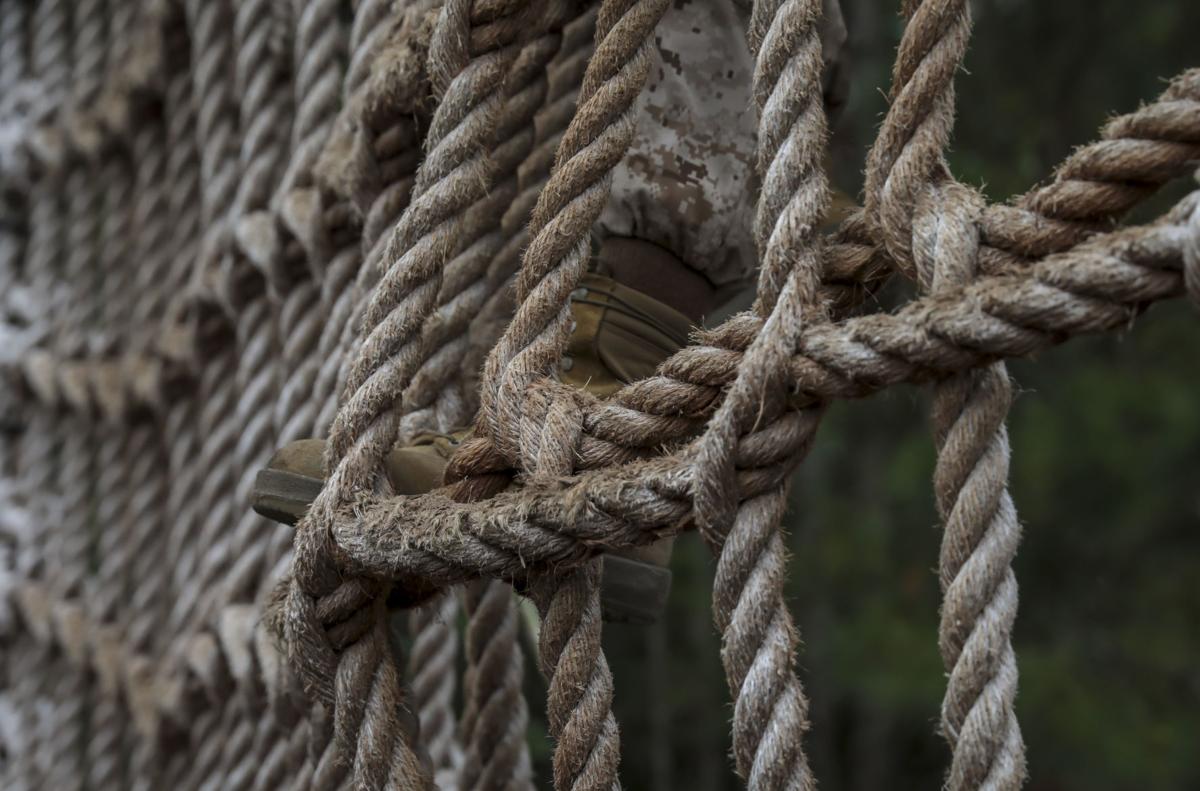 A recruit with Lima Company, 3rd Recruit Training Battalion, climbs the rope wall on the Confidence Course on Marine Corps Recruit Depot Parris Island on Oct. 30, 2019. Chloe Maples was about to graduate from boot camp when she found out her mother and sister had been killed in a car accident. Lance Cpl. Michelle Brudnicki/Marine Corps/Provided 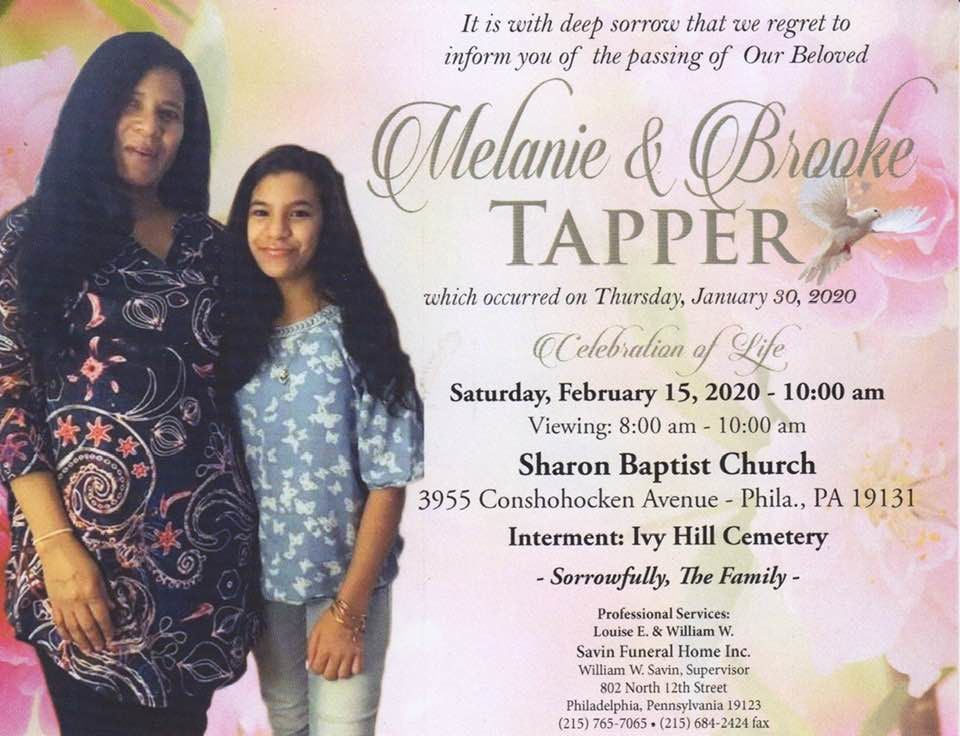 Chloe Maples lost her mother and sister, Melanie and Brooke Tapper, in a car crash last month. They were driving to see her graduate from Marine Corps boot camp at Parris Island. Connie Sanchez/Provided

Chloe Maples was about to complete one of the most grueling tasks, graduating from boot camp at South Carolina's Parris Island recruiting depot.

But days before she would be named one of "the few, the proud," she received crushing news: Her mother and sister had died in a car accident on her way to see her graduate. It was almost a year to the day that she lost her father on her birthday, as well.

"Her mother and little sister were killed on their way to watch her graduate," her Marine Corps mentor, Christopher Falls, wrote on a GoFundMe Page. "After all of this, she still has the courage to walk and graduate with her fellow Marines."

Maples was financially responsible for the funeral arrangements, not an easy task for an enlisted Marine. But since the incident, the military community has rallied around Maples, and raised nearly $30,000 over the course of three days with the GoFundMe.

"I want you to know that you have family within the Marine Corps," one donor, Shala Boyd, wrote. "Continue to make your dad, mother and sister proud, they are smiling down at your accomplishments."

Maples' mother, Melanie Tapper, and her 13-year-old sister, Brooke Tapper, were killed Jan. 29 when their sedan stopped in the right lane of Interstate 95 in Virginia. A tractor-trailer hit the car from behind, killing both of them, according to Virginia State Police, and sending the car into the right shoulder.

Maples graduated two days later, according to a spokesman at Parris Island.

“You just don’t understand why it happens," said Connie Sanchez, a cousin to Maple's mother. "But there’s hope that we can support each other."

Maples has been sporadic about communicating with family and friends since the tragedy. But she reached out to The Post and Courier to correct inaccurate media reports around the country about the car crash.

A third individual who was in the car survived the crash, a family friend named Sherquenna Fisher. She is still in a hospital in Richmond, Va., Maples said, recovering from the accident.

Sanchez said the woman has broken ribs, a crushed pelvis, a broken back and has lost feeling in her legs. The truck driver suffered minor injuries, according to police.

Maples has returned home to Harleysville, Pennsylvania, from Parris Island. She left in November for training and was on the delayed entry program into the Marine Corps. Parris Island has been the site of Marine Corps recruit training since Nov. 1, 1915. Approximately 19,000 recruits come to the South Carolina island each year for 12 weeks of rigorous training.

A viewing and interment is scheduled for Feb. 15 at the Sharon Baptist Church in Philadelphia.

Sanchez said the loss of her cousin has been tough, but she was inspired by the support on the GoFundMe and they're honored to have a Marine in the family.

"We're very proud of her," Sanchez said. "We're all just going to support each other in a positive way moving forward."