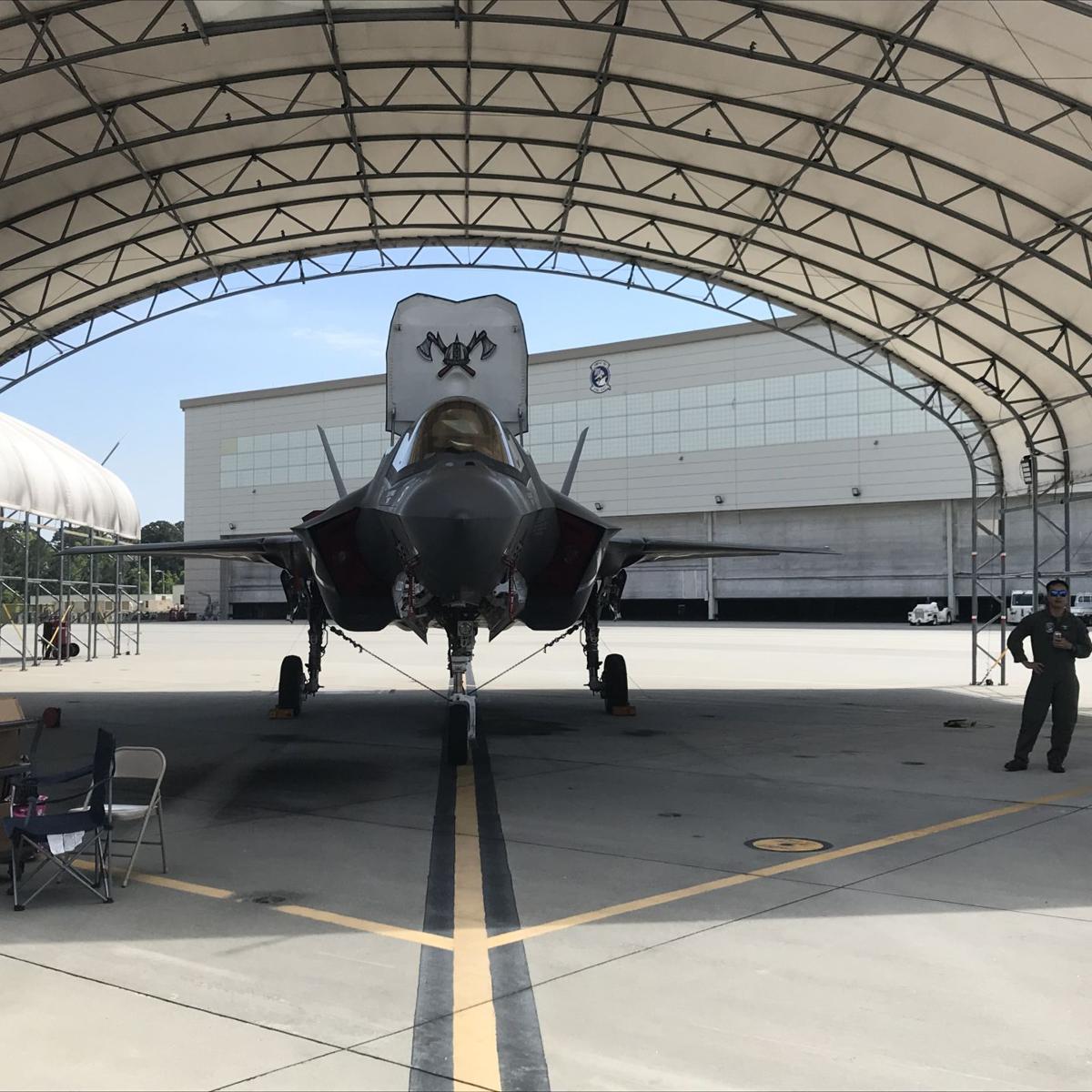 The logo for the VMFAT-501 squadron, known as the "Warlords" and seen on the building in the background, taken on April 28, 2019, features an F-35B Lighting II fighter plane flying through a silver shield over the Latin phrase: VINI-VICI: "I came, I conquered." Tyler Wallingford, who died at the Beaufort air station was part of the squadron. File/Stephen Hobbs/Staff 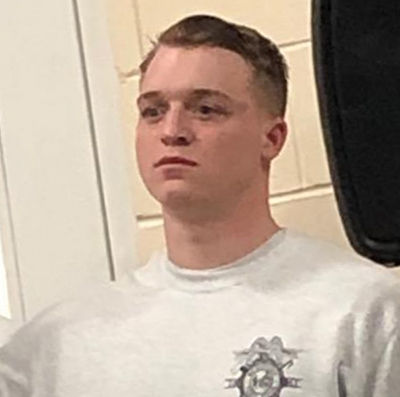 A Marine accused of shooting his comrade to death in the barracks of a South Carolina military base while they were drinking and playing video games has been sentenced to nearly six years in military prison.

Cpl. Spencer Daily, 22, was accused of shooting and killing fellow airplane technician Cpl. Tyler P. Wallingford at the Marine Corps Air Station in Beaufort last year. Daily was identified as the only suspect and taken into custody shortly after the incident.

Few answers in death of Marine at SC air station

Daily was sentenced to five years and nine months of confinement at a general court-martial on Jan. 6. He was found guilty of "willful discharge of a firearm under circumstances to endanger human life and involuntary manslaughter," according to the Naval Criminal Investigative Service.

In a statement, NCIS said Daily was "drinking alcohol and playing a video game with the victim" before he pointed his gun at Wallingford and accidentally shot him.

NCIS for months has denied releasing documents under the Freedom of Information Act, citing an ongoing investigation. An agency spokesman said the case "should be officially closed in the next few weeks."

The Beaufort Air Station's group of pilots and mechanics fall under the command of the 2nd Marine Aircraft Wing based out of North Carolina.

Capt. John Roberts, a spokesman with the 2nd Marine Aircraft Wing, said weapons in the barracks are generally not allowed.

Beaufort Air Station policy says that a person of Daily's rank living in the barracks is prohibited from having or storing weapons. A weapon would need to be stored in his unit's armory.

Both men were in VMFAT-501, a Marine fighter training squadron based at Beaufort. They were also aircraft ordnance technicians, a job that involves inspecting weapons and loading and fusing them onto planes.

The logo for the squadron, known as the “Warlords,” features an F-35B Lighting II fighter plane flying through a silver shield over the Latin phrase: VINI-VICI: “I came, I conquered.”

Wallingford was active in sports and Boy Scouts growing up in Standish, Maine. He followed his father to the local fire department, where he worked fire and rescue calls as a teenager.

He joined the Marines soon after graduating from high school in 2015 and entered boot camp at the Corps’ recruit training center at Parris Island, near Hilton Head Island.

Wallingford later was stationed at Beaufort.

In 2018, he joined a call for reserve firefighters for the fire department that covers Beaufort and Port Royal. Wallingford graduated with other recruits in March 2019, some five weeks before his death, Reece Bertholf, the department’s chief, said in a letter to the media last year.

Wallingford also took to skydiving, making regular trips to southeast Georgia to slice through the sky. He eventually got his own gear and celebrated his 100th jump by flying through the air with only a skydiving container and a parachute.

In the nearly year since his death, friends and family have used Wallingford's Facebook page as a way to express grief and post photos honoring him.

One post, from October, was from someone who wanted Wallingford to know he was thinking about him and still missed him. Another, from November, came after a Facebook notification reminded a family member when Wallingford came to visit for Thanksgiving years earlier.

It is not clear where Daily was being held or at what prison he will serve his sentence at. The Naval Consolidated Brig in Hanahan is commonly used for military prisoners, but a spokesman at the instillation did not immediately confirm if he'd be housed there.

Wallingford's Facebook page has also been a place to express frustration about the length of Daily's sentence.

"Dude deserves to be away for life," one user wrote. "Miss you everyday Tyler Wallingford."