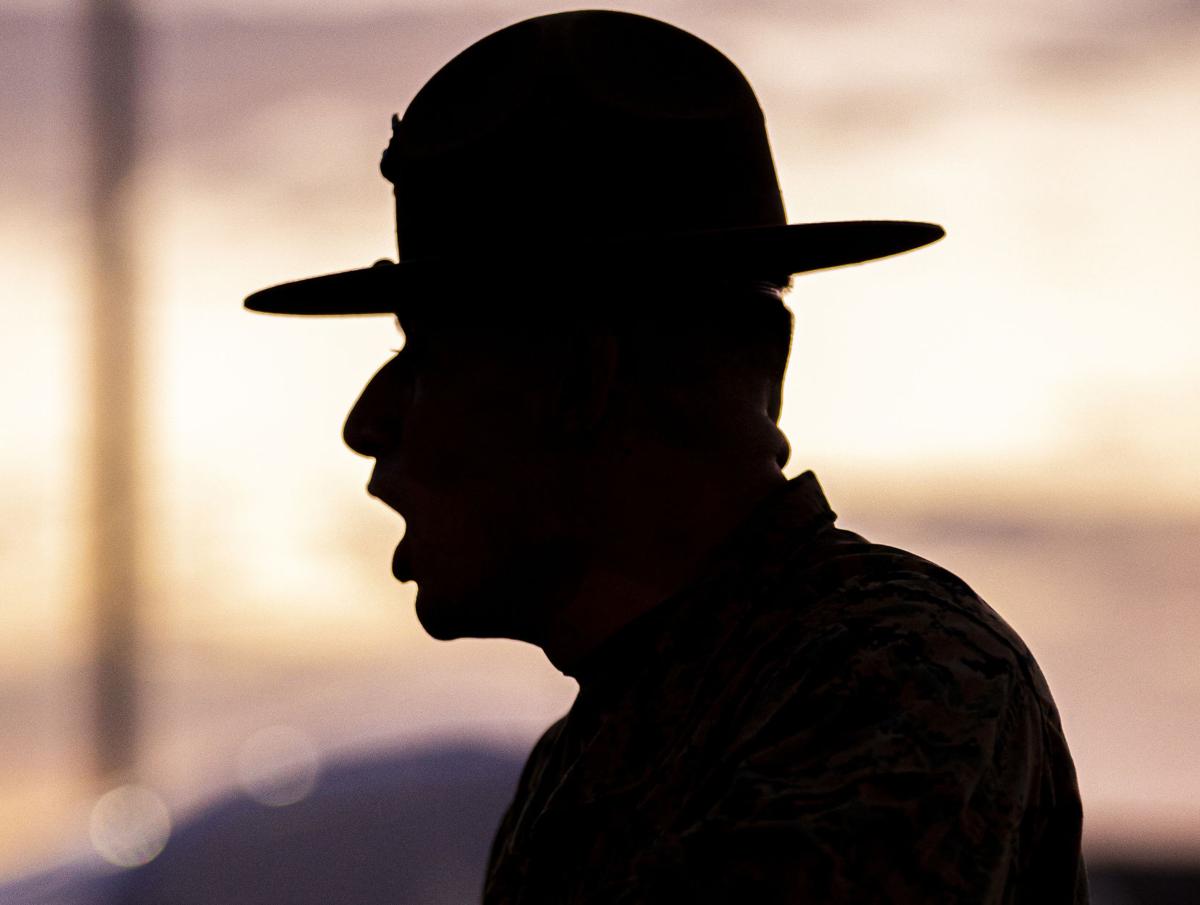 A drill instructor with the Recruit Training Regiment, directs educators and influencers during the Educator Workshop on Marine Corps Recruit Depot at Parris Island on Jan. 15, 2020. A wrongful death suit after a Marine's death prompted by repeated hazing from a drill sergeant might make its way to the Supreme Court. Cpl. Cody J. Ohira/U.S. Marine Corps/Provided 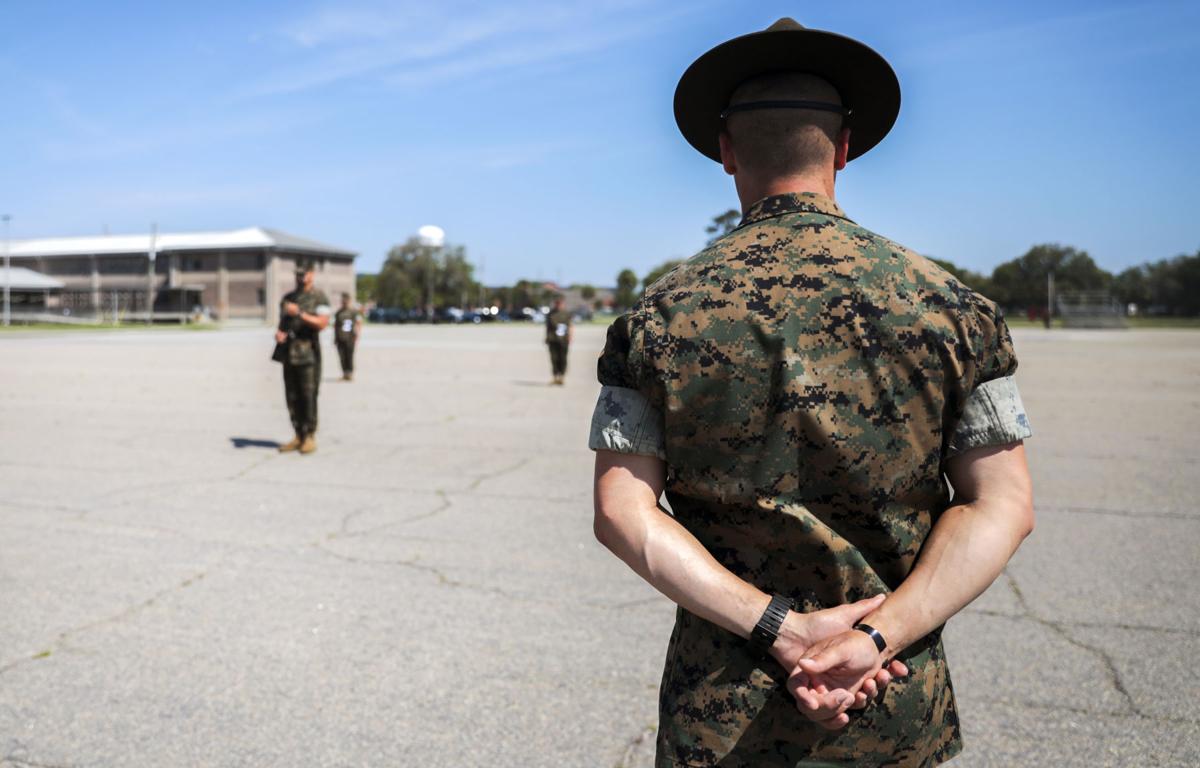 You're reading exclusive content from our new SC Military Digest newsletter. Each week, the newsletter provides in-depth coverage of military issues across the Palmetto State, updates from our bases, headlines from around the nation and world, and more. Sign up here to get it delivered to your inbox.

Raheel Siddiqui's parents tried to sue the Marine Corps after their son, a 20-year-old recruit being trained at Parris Island, died in 2016 after drill instructors allegedly hazed him because of his Muslim faith.

But their case against the branch was denied in the lower courts because of the Feres doctrine, a controversial policy that prevents people injured or killed during military service from suing the government.

Last month, Siddiqui's parents sent a petition to the U.S. Supreme Court in hopes of overturning the doctrine and getting justice for their son.

"Had another civilian endured the same type of abuses suffered by Raheel Siddiqui, he and his estate could have brought an actionable suit," the petition states. "But because (he) was considered a military recruit ... he and his family were denied this right."

Siddiqui arrived at the South Carolina base for boot camp on March 7, 2016. The Michigan native was under the supervision of Gunnery Sgt. Joseph A. Felix Jr. The non-commissioned officer had already been investigated for alleged abuse of another Muslim recruit.

A week later, Siddiqui told his superiors that he was contemplating suicide and that a drill instructor had hit him, the petition states. The following day, after intense mixed-martial arts training, he gave a note to his supervisor:

Siddiqui was denied medical treatment, the petition states. Later that day, he was found unconscious and was revived after Felix slapped him. Moments later, Siddiqui fell nearly 40 feet to his death in a barracks stairwell.

The Marine Corps and the Beaufort County coroner called Siddiqui’s death a suicide, saying he jumped to his death. His family states in the petition that they still are uncertain. The branch would not go into detail about the lawsuit.

"The loss of Raheel Siddiqui was, and is, a tragedy for his family, friends, and the Marine Corps," Capt. Joseph Butterfield, a Marine Corps spokesman, said. "We will not comment further on his death or the events that followed, including the family's lawsuit."

A subsequent investigation by Marine Corps Command Investigation led to a 10-year prison sentence for Felix after he was found guilty of choking, punching or otherwise tormenting recruits — three of them were Muslim.

Other abuses brought up during the trial included putting a Muslim Marine into a dryer, which then was turned on as Felix demanded he renounce his faith. He was also found guilty of ordering a Muslim Marine to simulate chopping off the head of a fellow Marine while reciting “God is great” in Arabic.

Siddiqui's parents received $100,000 from the Marine Corps death benefits program and $400,000 from the Servicemen's Group Life Insurance Program. But when they filed a complaint in the Eastern District of Michigan for wrongful death, they were dismissed. A subsequent case in appellate court was also denied "unless and until the Supreme Court overturns Feres," the petition states.

Feres comes from a 1950 ruling that protects the government from being sued by active-duty military personnel injured “incident to service.” It has long been debated in smaller courts.

Late Supreme Court Justice Antonin Scalia wrote in a dissenting opinion in 1987 that “Feres was wrongly decided and heartily deserves the ‘widespread, almost universal criticism’ it has received.”

A small revision was signed into law by Congress this year that would finally allow military personnel to seek compensation by filing claims resulting from medical malpractice by federal doctors.

Siddiqui's Supreme Court petition is being submitted by the Shiraz Law Firm in Southfield, Mich. Attorney Shiraz Khan would not comment and deferred to the petition. The Marine Corps was aware of other abuses of Muslim recruits before recruiting Siddiqui, the petition states, and the recruiter did not mention it which may have prevented his "untimely death."

"This is not a case of medical malpractice," the petition states. "It is not a case of negligent enlistment, or suicide, it's a case of systemic abuses, intentional failures at all levels of command, and deliberate religious discrimination causing the death of an American Citizen on American soil."