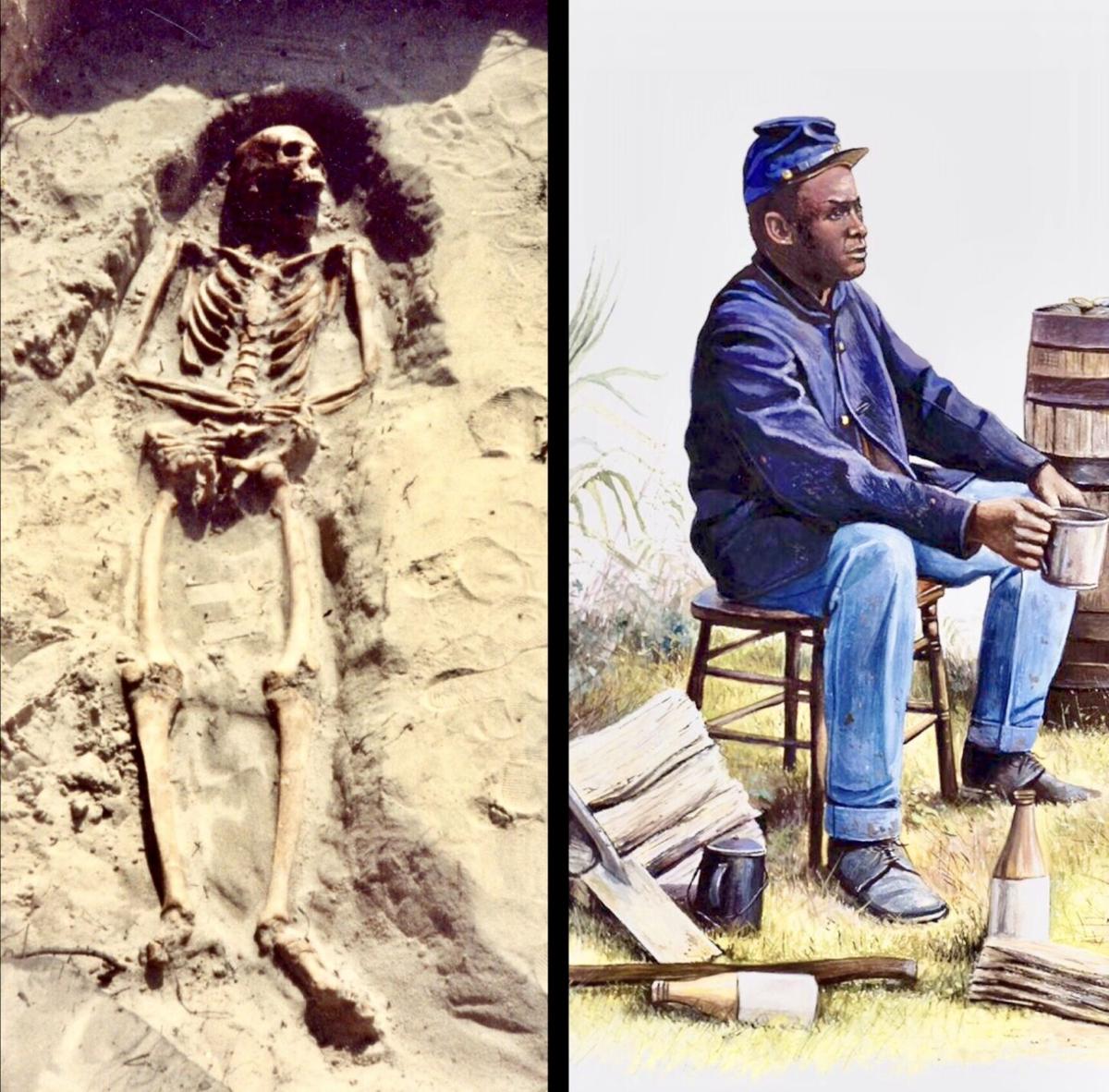 In 1987, the remains of 19 African American Civil War soldiers were found by historian Robert Bohrn on Folly Beach. On Feb. 11, 2021, Bohrn was awarded the Order of the Silver Crescent by Gov. Henry McMaster for his findings. Provided/Spencer Wetmore 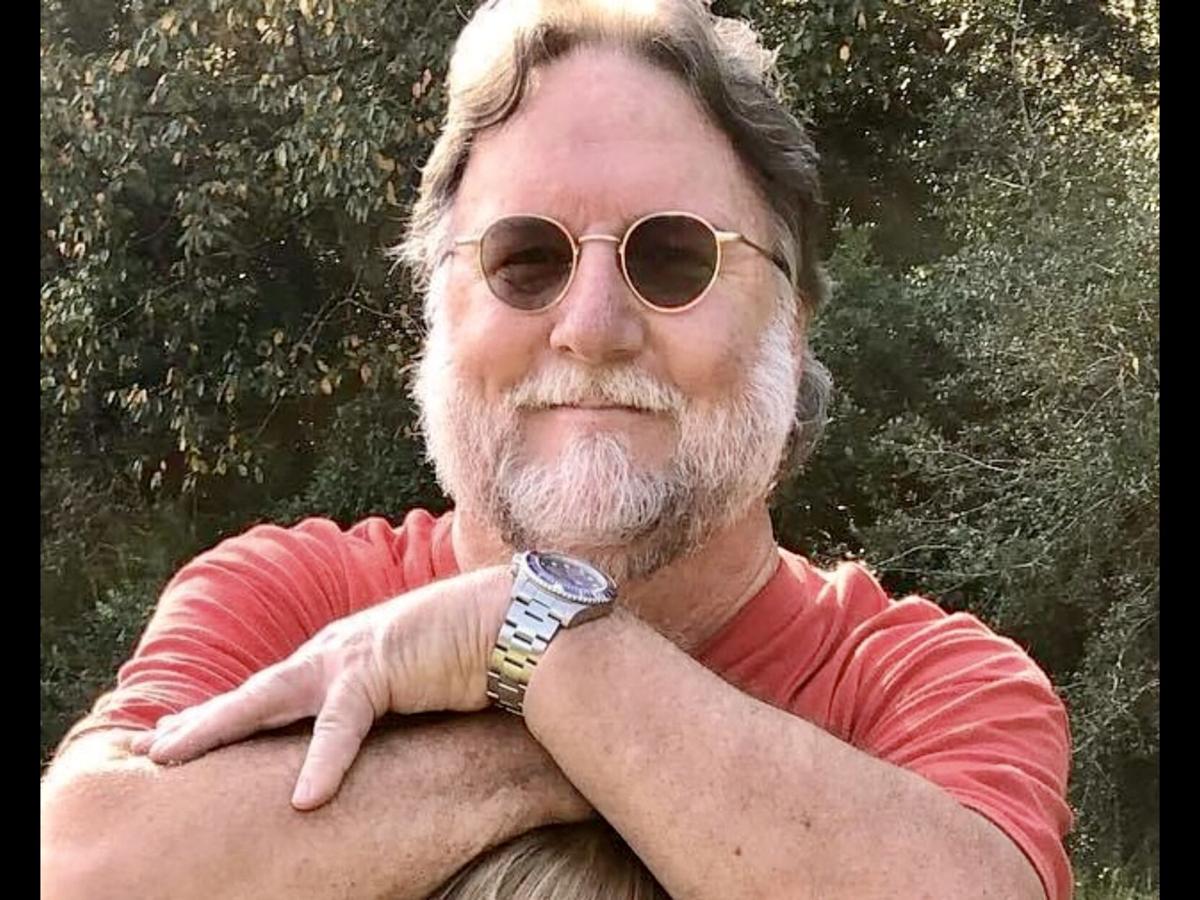 In 1987, the remains of 19 African American Civil War soldiers were found by historian Robert Bohrn on Folly Beach. On Feb. 11, 2021, Bohrn was awarded the Order of the Silver Crescent by Gov. Henry McMaster for his findings. Spencer Wetmore/Provided

FOLLY BEACH — In 1987, just moments before bulldozers were about to plow a new road on the island, Charleston historian Robert Bohrn noticed something peculiar.

Sticking out of the earth were the skeletal remains of 19 African American soldiers of the Union's 55th Massachusetts Volunteer Infantry.

If it weren't for Bohrn's watchful eye, their stories could have been buried under asphalt. His act has been called by scholars one of the most significant finds in South Carolina history.

Rare Moorish-style building in Charleston saved by late US Sen. Hollings to see new use

On Feb. 11, the 64-year-old Civil War relic hunter was awarded the Order of the Silver Crescent in Columbia by Gov. Henry McMaster and state Rep. Spencer Wetmore, D-Folly Beach, for his contributions to South Carolina history.

The 55th Massachusetts was the sister regiment to the 54th Massachusetts, the Union's all African American regiment that stormed Fort Wagner on Morris Island. Their story was the inspiration for the 1989 Hollywood movie “Glory” starring Matthew Broderick, Denzel Washington and Morgan Freeman.

The 55th Massachusetts was stationed on Folly Island in 1863 during the siege of Charleston where the unit built forts, cleared trees and maintained supply lines. Many of the soldiers, Bohrn said, died from painful illnesses such as dysentery.

Thinking back to 34 years ago, and with dozens of found Civil War relics under his belt since, Bohrn believes the Folly Beach find was the most significant moment of his career.

"I have spent my life using a metal detector," Bohrn said. "As far as I'm concerned, in my mind it was meant to be. I was supposed to find them within moments of them being bulldozed."

Wetmore, who is still in her first months as a legislator, said she wanted to honor Bohrn's accomplishments.

Bohrn's research and findings led the reburying of the remains with full honors on Memorial Day 1989 at the Beaufort National Cemetery. In 2009, the archaeologist launched the “Friends of the 55th Massachusetts” foundation, which raised private funds for a State of South Carolina Historical Marker.

On July 15, 2011, the marker was placed to honor the Black soldiers, and it is still located at the Folly River Park.

Bohrn had not been individually honored for his efforts. About three months ago, Wetmore began the process of nominating the historian for the state's Order of the Silver Crescent, one of the highest civilian honors that can be given to a South Carolinian.

"The discovery happened in my neighborhood," Wetmore said. "There's nothing more important than preserving this type of history. This really tells the story in a way that people will remember and recognize it."

McMaster said Bohrn has added to the history and culture of South Carolina with his findings.

"You're quite deserving of this recognition," McMaster said and cited his achievements.

Bohrn said he hopes more people will engage with Civil War history, especially the roles of African American soldiers. He believes their stories are more relevant now than ever before.

"You can't forget history. These men didn't have a whole lot to gain but a whole lot to lose," Bohrn said. "They gave their lives for not just the Union, but also their families. Their contributions are not recognized as much as they should be."