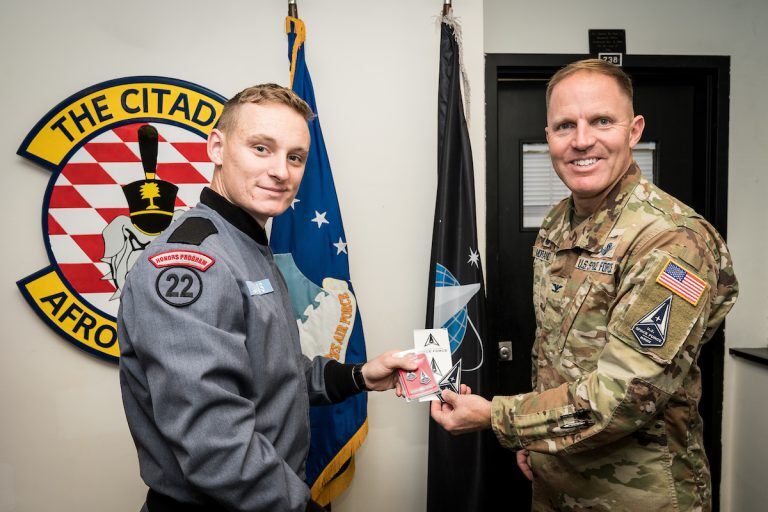 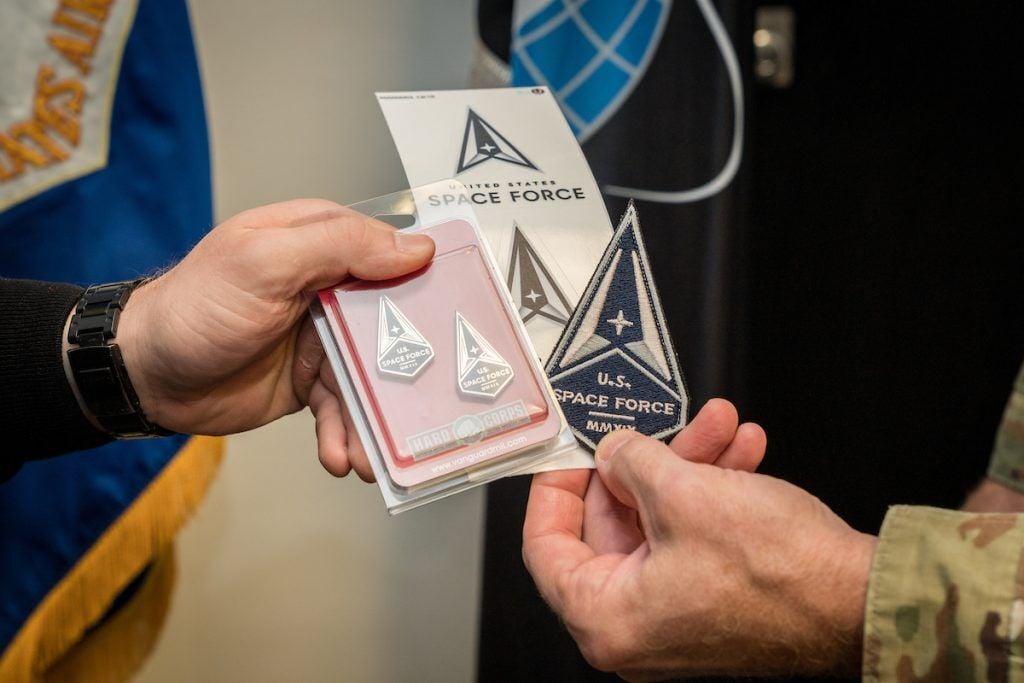 A cadet graduating from The Citadel in May will be the first student at the historic military college to commission as an officer in the newly created U.S. Space Force.

Senior cadet Conor William Deans, whose focus is computer science and cyber security, accepted his commission in November and was informed he will be stationed at Vandenberg Space Force Base in California for training.

He immediately called his parents to tell them the news.

"I am really excited that I was selected for the U.S. Space Force,” Deans said in a statement. "My parents were happy. My dad made a couple ‘space cadet’ jokes. My mom was pretty happy for me, too.”

The ROTC instructor had been in the Air Force for 25 years but moved over to the new branch to become one the first Space Force service members — dubbed by the Pentagon as Guardians — who are dedicated to protecting U.S. and allied interests in space.

Morand had informed Deans of his commission and congratulated him by handing him a Space Force patch, pins and stickers.

Space Force was created when the 2020 National Defense Authorization Act was signed into law on Dec. 20, 2019. It is the first new military service in more than 70 years, following the establishment of the Air Force in 1947.

Then-President Donald Trump prioritized creating a Space Force during his term. Following Joe Biden’s victory in November, some people were concerned about the longevity of the newly created branch.

“President Trump kind of just said, ‘Hey, we’re gonna go do this,’”  Morand said. “And so there was a concern: How will this go when that transfer, the transition of the presidency, happens? But I think we’re on stable ground.”

The 2019-2020 school year was the first opportunity for The Citadel's cadets to commission into the Space Force. Granted, many already had their career paths lined up, but Morand is optimistic that more students will look into joining the branch this year.

“Eventually, I think we’re going to have more sophomores and even more freshmen, because it’s going to be this new shiny cool thing,” Morand told The Post and Courier earlier this year. “I’m here because I love what I do in the space business, and I like telling them stories to get them excited about it.”

On Dec. 20, 2021, the Space Force celebrated its second birthday as a Pentagon branch. On the anniversary, the service launched a new recruiting website, spaceforce.com.

So far, thousands of airmen, sailors, soldiers and Marines applied to transfer to the new service, and the Air Force Recruiting Service met its goals in 2021 with about 400 enlisted Guardians and roughly three dozen officers from the civilian population, according to Air Force Magazine.

In 2022, the service is expanding its goals to 521 enlisted Guardians and about 70 officers. Space Force is still expected to be the smallest military service branch, overall.

More developments are coming to the Space Force. The defense bill passed by Congress this month requires the Pentagon to examine whether to establish a Space National Guard as the service's reserve component.