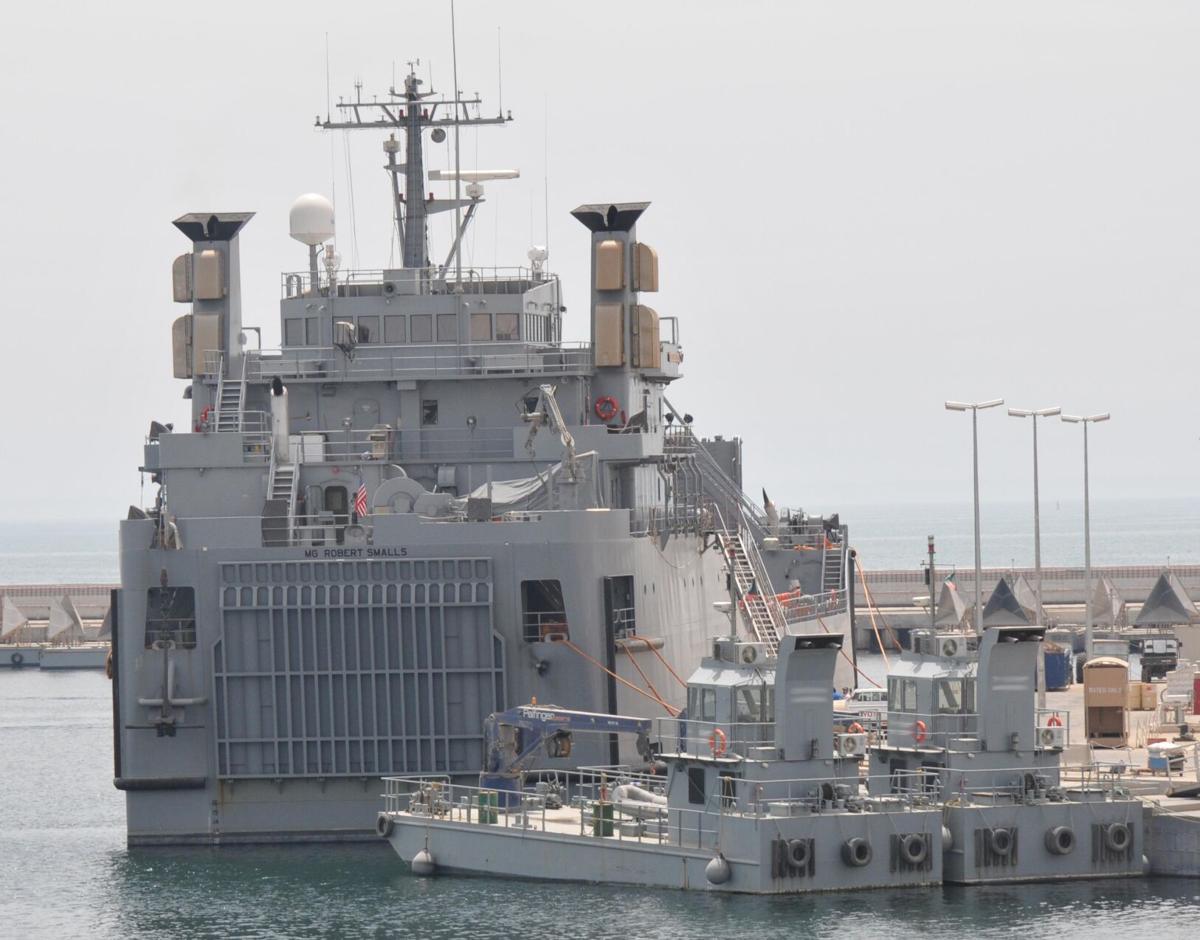 The Maj. Gen. Robert Smalls (LSV-8) on April 21, 2020. The vessel is the first one in the Army's fleet to be named after an African American citizen and former slave. File/Spc. Stephanie Moon/U.S. Army/Provided

Robert Smalls was a former slave who went on to become a state lawmaker and congressman during the Reconstruction period. File

A revived Army watercraft named for one of South Carolina's most prominent Black heroes will soon be sailing through Charleston.

While the ship was supposed to be decommissioned by the military, it was brought back into active service and named for Robert Smalls — an enslaved man from Beaufort who became a Civil War hero and congressman.

The Maj. Gen. Robert Smalls (LSV-8) is being recommissioned in Hawaii and "is the first Army watercraft to be named after an African American and will be making the longest voyage by an Army vessel since WWII," Maj. Oliver Schuster, an Army spokesman, said in a statement.

Hicks: Locals escape Charleston as Civil War reduces it to a city of ruins

Smalls, a 23-year-old man from Beaufort who’d been brought to Charleston a decade earlier, made his mark on history by his daring escape from enslavement.

While enslaved, he served as a deckhand and eventually pilot of The Planter, a lightly armed Confederate military transport. On May 13, 1862, he and a half-dozen other enslaved locals — along with their families — used the boat to escape Charleston.

Smalls steered past Fort Sumter in Charleston Harbor and headed for the nearest Union ship in the U.S. Navy’s offshore blockade. As he approached, the crew lowered the ship’s Confederate flag and raised a white banner of surrender. The Union sailors cheered.

He died on Feb. 23, 1915, after buying and living in the home previously owned by his master.

Maj. Gen. David Wilson, a Citadel graduate and Charleston native, will be commanding the vessel.

The Army watercraft is scheduled to pass under the Arthur Ravenel Jr. Bridge sometime between March 10 and March 11.

John C. Calhoun statue taken down from its perch above Charleston's Marion Square