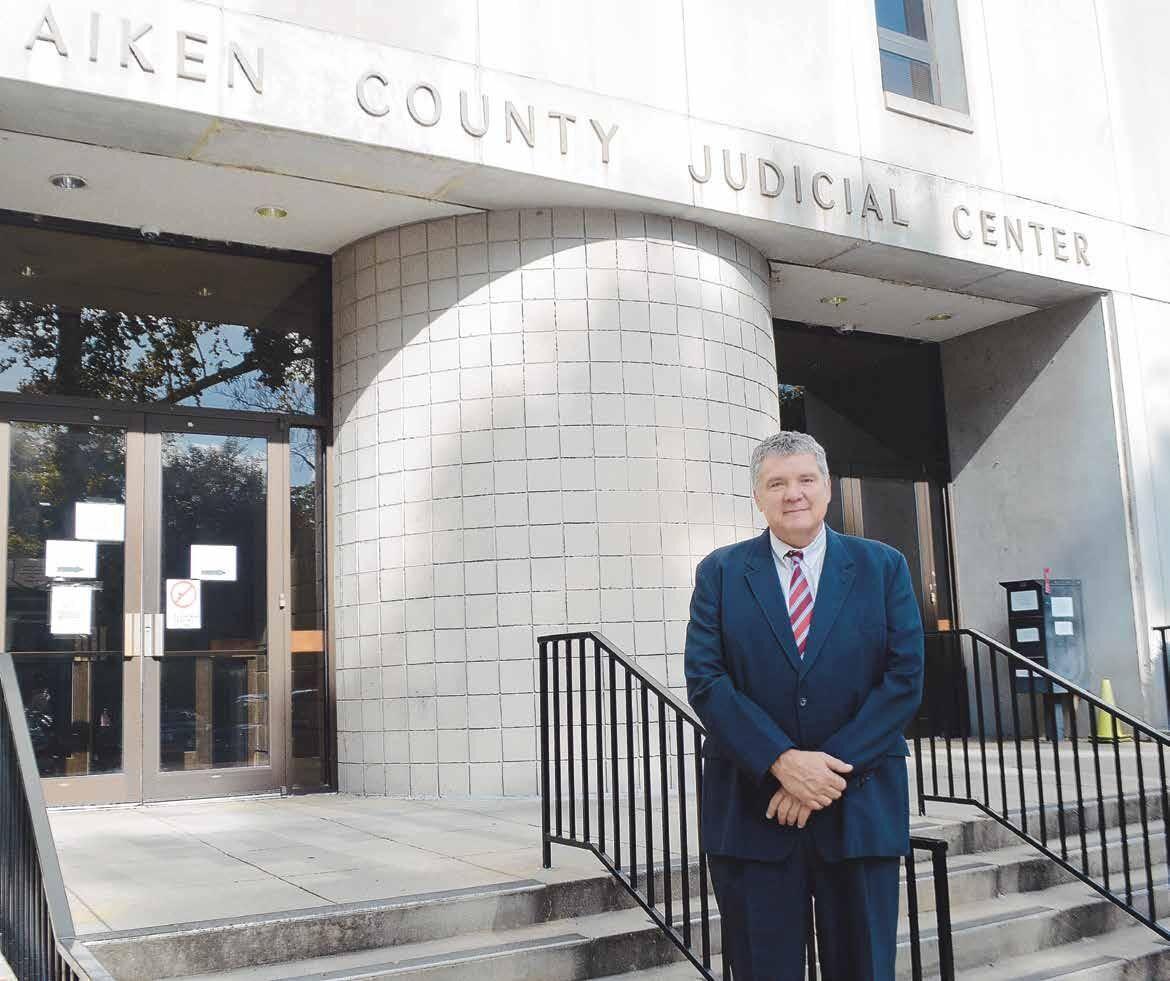 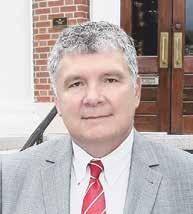 Bill Weeks has spent many years around the solicitor's desk, offering input and advice drawn from his 39 years of experience in trial courts.

Following this year's election, he'll now be serving from behind the desk as the area's new solicitor effective Jan. 1.

While Weeks is excited to serve, his first thoughts aren't on the title itself but on the work that now lies ahead.

"It sounds like I've got a lot of work ahead of me," said Weeks, reflecting on his election win.

He will serve as the chief prosecutor of South Carolina's Second Judicial Circuit which encompasses Aiken, Bamberg and Barnwell counties.

Consisting of nearly 50 employees, the Second Circuit Solicitor's Office is responsible for the prosecution of all crimes in General Sessions Court, as well as DUI and domestic violence offenses in the magistrate courts. The office additionally handles the prosecution of juveniles in family court, runs the Victim-Witness

Weeks formally announced his candidacy for Second Judicial Circuit Solicitor in early February, shortly after Strom Thurmond Jr. announced that he would not be seeking reelection.

Thurmond said Weeks has served as his "righthand man" by weighing in on decisions he's made as solicitor. He's confident in his successor's ability to continue and build on what his administration has accomplished.

"Bill has been a friend and a colleague and in many regards a mentor for the last 25 years," Thurmond said. "He has a deep sense of right and wrong and an even deeper sense of fundamental fairness. There will frequently be a line of our lawyers standing outside of his office to ask him questions, whether that's a question relating to the trial strategy or how a piece of evidence applies to the rule of evidence or just general common sense. We very fondly call this body of advice and opinions 'Weeks' Law.'"

Weeks' roots run deep in the Aiken County area. He was raised in Beech Island before moving to Jackson, where he would later graduate from Jackson High School as valedictorian of his class.

He continued his education at USC Aiken where he earned numerous academic honors and athletic awards.

During his time at USC Aiken, Weeks found his competitive passion for basketball. He still holds the title as the school's alltime leading scorer during its time in NAIA. In 2007, he was inducted into the school's hall of fame and his jersey, No. 40, was retired.

"I always loved to score," Weeks said. "The confidence to try cases is really similar to the confidence of playing at an arena, to playing at a coliseum or playing people who are as good as you or are better. I like that. It's the athlete in me."

Weeks' ambitions would later shift from the basketball court to the courtroom after graduating from the University of South Carolina School of Law in 1981.

He began his legal career as a law clerk for the Honorable Ralph King Anderson Jr. and was later hired by Solicitor Robert J. Harte in 1981.

During his time as a deputy solicitor under Harte, Weeks prosecuted hundreds of cases in the second circuit.

He went into private practice from 1985 to 1995, becoming a partner in the law firm Johnson, Johnson, Maxwell, Whittle, Snelgrove and Weeks.

In 1999 he returned to the Second Judicial Circuit as senior deputy solicitor under Barbara R. Morgan. After Morgan's retirement, Weeks continued to serve under Thurmond.

Weeks ran a campaign using the slogan "Experience Matters," citing that his 39 years of experience in trial courts equipped him with the knowledge to continue to move the solicitor's office forward.

Although there is little Weeks hasn't experienced in the courtroom, the unique and difficult environment that the onset of COVID-19 has created will be one of his greatest challenges for his upcoming administration.

Earlier this year, as the onset of the coronavirus began, courtrooms across the nation briefly shut down. Most have now shifted to online plea and bond hearings. Jury trials have drastically slowed as courtrooms work to find safer ways to select juries and hold in-person court.

As a result, a backlog of cases has formed as defendants wait for their day in court.

Getting the backlog under control will be one of his administration's main goals, Weeks said.

"The challenge is going to be to identify our strongest cases and press them forward just like LeBron James going down the lane," Weeks said. "We're going to continue to work to move the ball forward."

"The fact that they endorsed me and supported me tells me that they have trust in me and that the continuity that we will have is a good thing and they are not clamoring for change," Weeks said. "I think, overall, law enforcement has always been in my corner. I was really humbled by the support by the community leaders that aren't in law enforcement."

Overall, Weeks believes the most important aspect of a solicitor's job is to represent victims whose cases come through the Second Circuit. He looks forward to continuing a "culture of excellence" within the solicitor's office.

"We will continue to try to make the best mark we can everyday during my term," Weeks said. "We can't cure all the evils of society but we can make our mark. Some evils won't be repeated after our day in court. That's my goal."