You have permission to edit this article.
Edit
Home
Features
Things To Do
Photo Gallery
Family Resources
Contests
Advertise with us
Sponsored Content
e-Edition
1 of 6 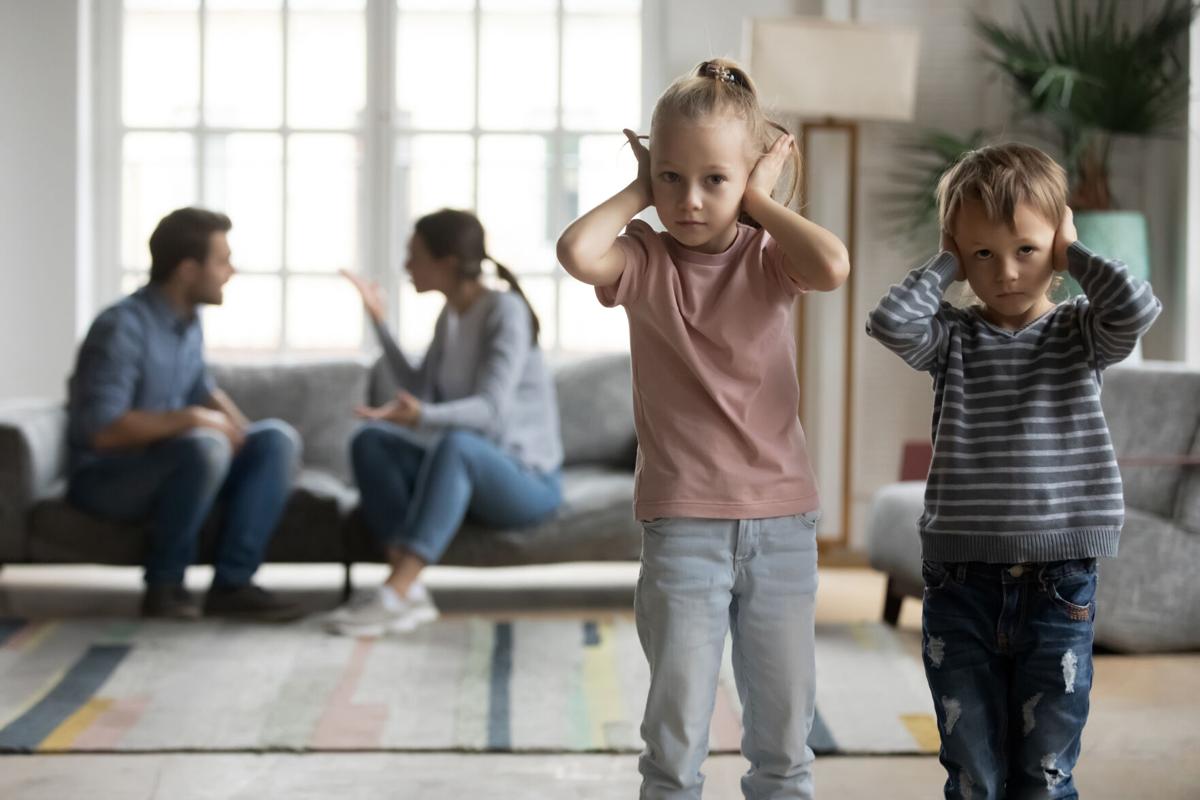 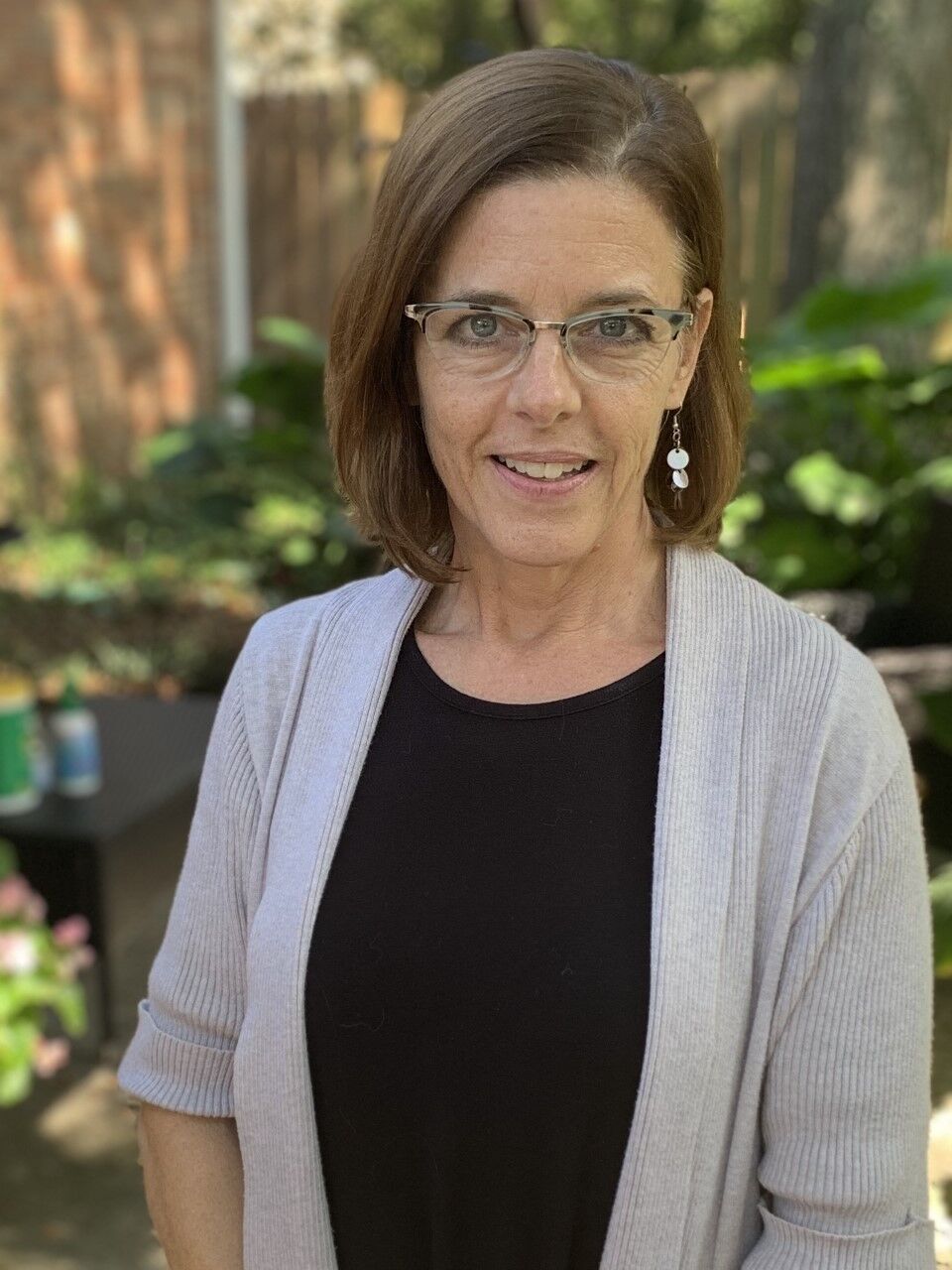 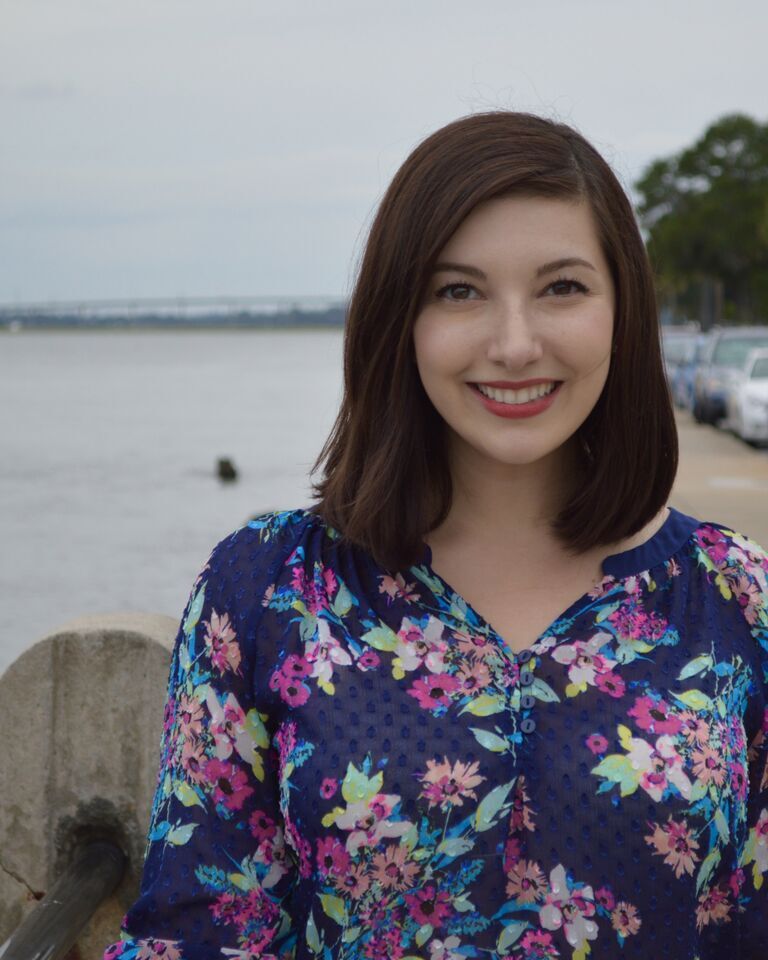 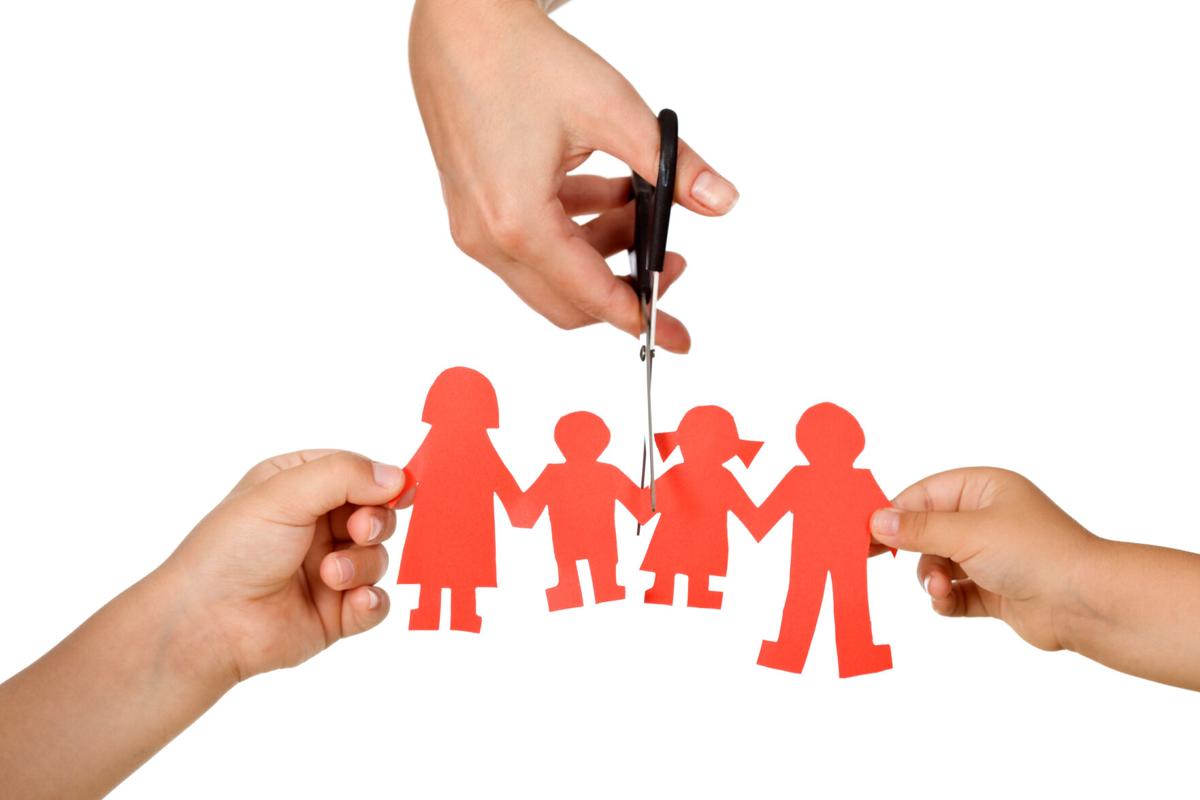 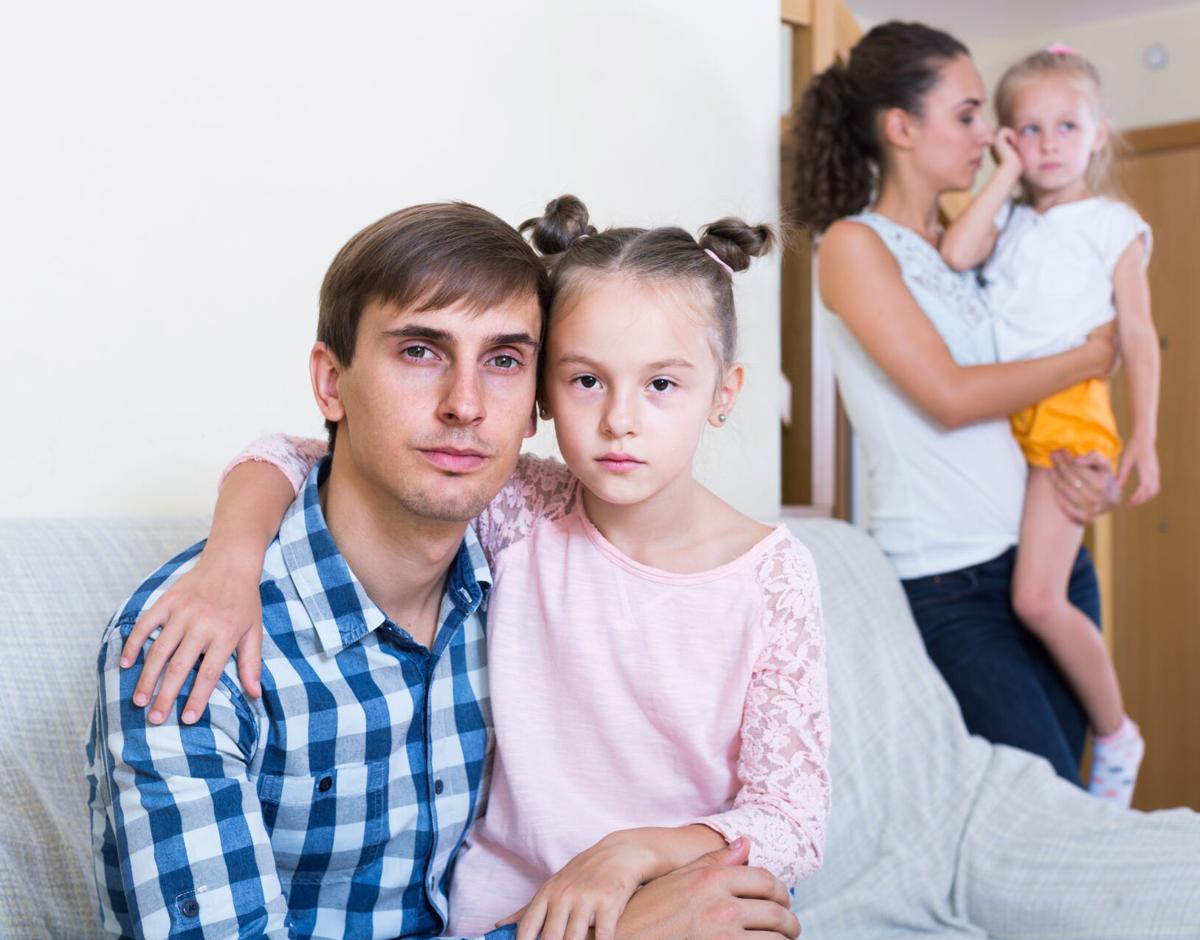 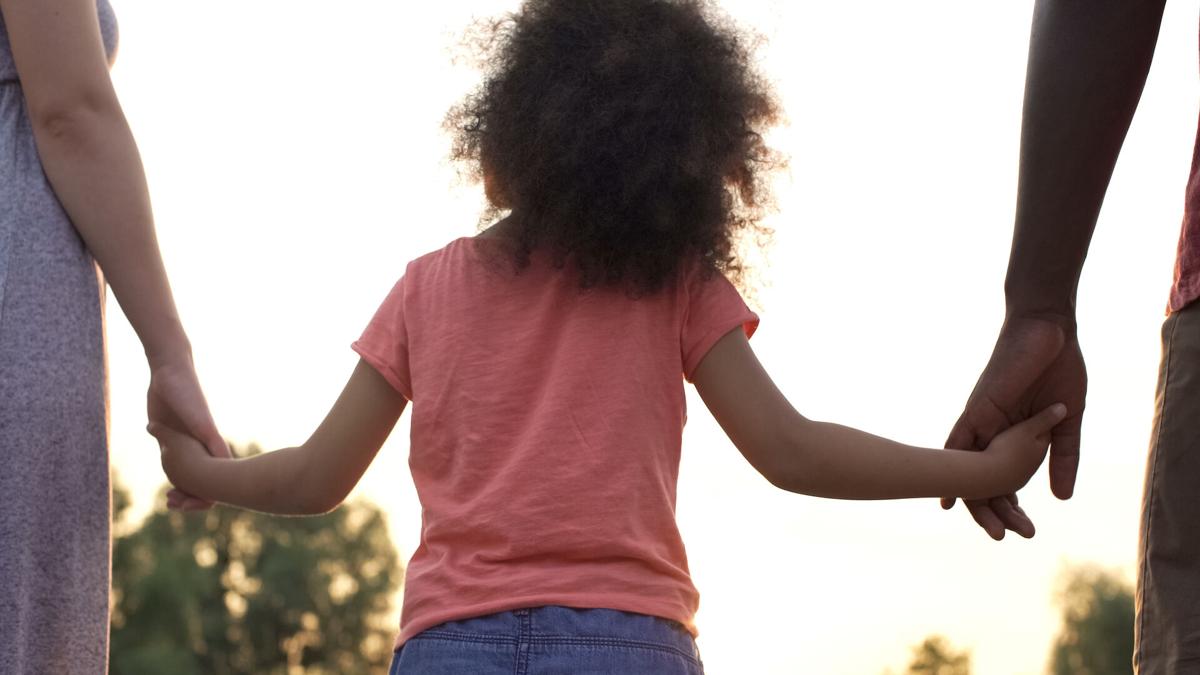 Even infants can sense something is amiss, expressed through increased fussiness or sleep disturbances. Toddlers can suffer from separation anxiety, while preschoolers can become defiant. School-aged children can become quick to anger or withdraw. Adolescents at one extreme may try to take on adult roles, and at the other may engage in dangerous behavior like drug and alcohol use.

Children at any age can show behavioral changes as a result of divorce, as detailed by a pair of pediatricians writing in a journal of the American Academy of Pediatrics. Over 1 million children annually are impacted by divorce. The stress and trauma they feel can last for years—even into adulthood, where a University of Utah researcher found that children of divorce are more likely to get divorced themselves.

“Divorce is hard on children, no matter what. It’s much harder on children when there’s conflict,” said Dr. Elizabeth Van Pelt, a licensed clinical psychologist in Mount Pleasant. “They’re in this position, whether the parents do it intentionally or not, to figure out whose team they’re supposed to be on. And suppose the parents live far enough apart. In that case, visitation means stepping away from your normal life—you don’t get to play soccer on Saturday because you’re doing visitation with the other parent. There’s been research to show that those things put kids at risk for bad outcomes.”

Children of divorce can face developmental regression as young as preschool age. As they get older, they may fantasize about their parents getting back together or even believe that they can reunite Mom and Dad themselves. It’s an awful burden for children to carry, which prompts a question: why don’t more parents on the brink of divorce stay together and work things out for their kids’ sake?

If only it were that simple. “That is certainly the exception, not the rule,” said Sara Sharnoff Chesley, a licensed marriage and family therapist in Charleston. “Every once in a blue moon (it happens), but typically not.”

A question of conflict

Divorce can be tough on children—but kids forced to witness conflict between their parents can be even worse. If parents try to stay together for their children’s sake but do nothing but fight in front of them, the whole effort becomes counterproductive.

“If there’s a lot of conflict, we know that’s not healthy for children. In fact, one of the more detrimental aspects of divorce for kids is high conflict—when they witness a lot of that between the two people they love most in the world,” Van Pelt said.

“I personally do not think that divorce is good for children or families. Everybody loses. But I also don’t think that divorce has to be detrimental to kids in the long run. If the parents can work together and be respectful of each other and respect the children’s’ relationship with both parents, they can be OK. They can feel secure in those relationships.”

The goal of a marriage, Chesley said, should not be to shield children from reality. She emphasizes the importance of parents seeking happiness and passing that down to children to help them lead more fulfilling lives. “The self-care of the parent is setting a great example,” she added. “Being together for the children, that rarely works. Ultimately the children grow up and say, ‘I wish my parents had just gotten divorced so that I could have had two homes instead of being around tension and fighting.’ Because that doesn’t serve anybody.”

It’s often not the divorce itself but the tension and conflict between the parents during the process, which can breed so many problems for children down the road. According to Nicholas Wolfinger, the Utah researcher who’s studied the link between children of divorce and divorce later in life, those kids don’t learn from their parents how to resolve conflict and can end up repeating their parents’ mistakes in their own marriage.

“One of the things that I work on a lot with couples is just talking about the difference between being in a marriage and being in a healthy marriage, and what kind of role model they are for their children,” Chesley said. “So most couples would say, well, we want to set a good example for what a healthy, loving, nurturing marriage looks like. And we know that our children are not seeing that because we’re fighting a lot in the home or it’s just a bad situation.”

Having very young children may serve as an incentive for some parents to try and stay together, even if they’re struggling with conflict and considering a separation. Van Pelt has seen some couples in that position go to marital therapy and save their relationship. But the idea that struggling parents will stay together for the sake of the kids, find a way to work things out, and emerge as one big happy family on the other side—according to the experts, it’s grounded more in fantasy than reality.

“Most couples, when they hit the point of, ‘I’m no longer involved with my spouse’… It’s usually necessary for them to separate their lives,” Van Pelt said. “It’s gotten a little toxic.”

More important than staying together at all costs is creating an environment for the children where everything is as normal as possible, even if the parents are beginning the separation process. Known as “co-parenting,” this tactic can help kids avoid many of the emotional and developmental hurdles that often accompany divorce—if both parents are on the same page.

“The best co-parents are the ones who always place the child’s emotional and physical well-being before anything else, before their own ego and their own needs. So that means showing up for events, even if it might be uncomfortable. Not missing lifestyle memories like birthdays and holidays, if you can do that together. Not everyone can, and certainly, not everyone can right away. But if you could look forward to a time when both parents cannot just be there, but be civil and have a friendship,” Chesley said.

“You have a child, so you are in your ex-spouse’s life forever. And so the relationship has to evolve and change. And if you can work together as a team and have good communication … those co-parents have a lot less stress down the line. It’s really a win-win for the kids, and it’s a win-win for the parents.”

Getting to that point, though, can be the difficult part. “They have to get through the separation and divorce and get all the details sorted out. It usually takes a year to get divorced in South Carolina, which is a long time, and it’s stressful,” Van Pelt said. “But once everyone knows what it’s going to look like and that everyone is going to be OK financially, then very often parents can do a good job of parenting their kids together.”

If the children are very young, co-parenting can mean the child lives in one house to build stability, and both parents continue to be involved in important activities like feeding, bathing and bedtime. As they get older, that means both parents are able to attend sporting events or school activities together. It means not conveying information—such as whether one parent has begun dating again—through the kids.

“The relationship between the divorced parents is going to be much more indicative of how the child perceives the divorce,” Chesley said. “So if they’re friends, and can communicate effectively, and they can do things skill together with their children and the family and put the children’s needs above their own ... those kids are going to be a lot more resilient and have a much better experience going through it. If there’s a very bad divorce with lots of name-calling or alienation … (and) the child internalizes that, those children are going to struggle more.”

According to the most recent statistics available from the U.S. Census Bureau, divorce rates in the United States have fallen over the past decade, from 10.5 per every 1,000 women in 2008 to 7.7 in 2018. The divorce rate in South Carolina dropped over that same span, from 9.8 to 7.5, tied with Massachusetts for 30th nationally.

Chesley said that when parents decide to divorce, they should consider their kids’ ages before breaking the news to their children. Preschoolers unable to comprehend complicated details should be given small, simple chunks of information and then allowed to ask questions or express emotion. Conversations with adolescents can be more in-depth.

The ultimate goal is parents putting the well-being of the children first—and showing a united front even in the midst of a divorce, which can ultimately be more constructive than forcing themselves to stay together.

“I have definitely met with couples who wanted to talk about whether it was the best interest of the children to stay together or be apart. But those families are few and far between,” Van Pelt said. “Usually by the time somebody talks to me, they’ve already made the decision to divorce or at least separate, and they’re really looking more at what’s the best way to do that, how do we support our kids.”