You have permission to edit this article.
Edit
Home
Things To Do
Articles
Directories
Education Directories
Contests
Mom’s Choice
Advertise with us
Photo Gallery
Sponsored Content
e-Edition
1 of 5 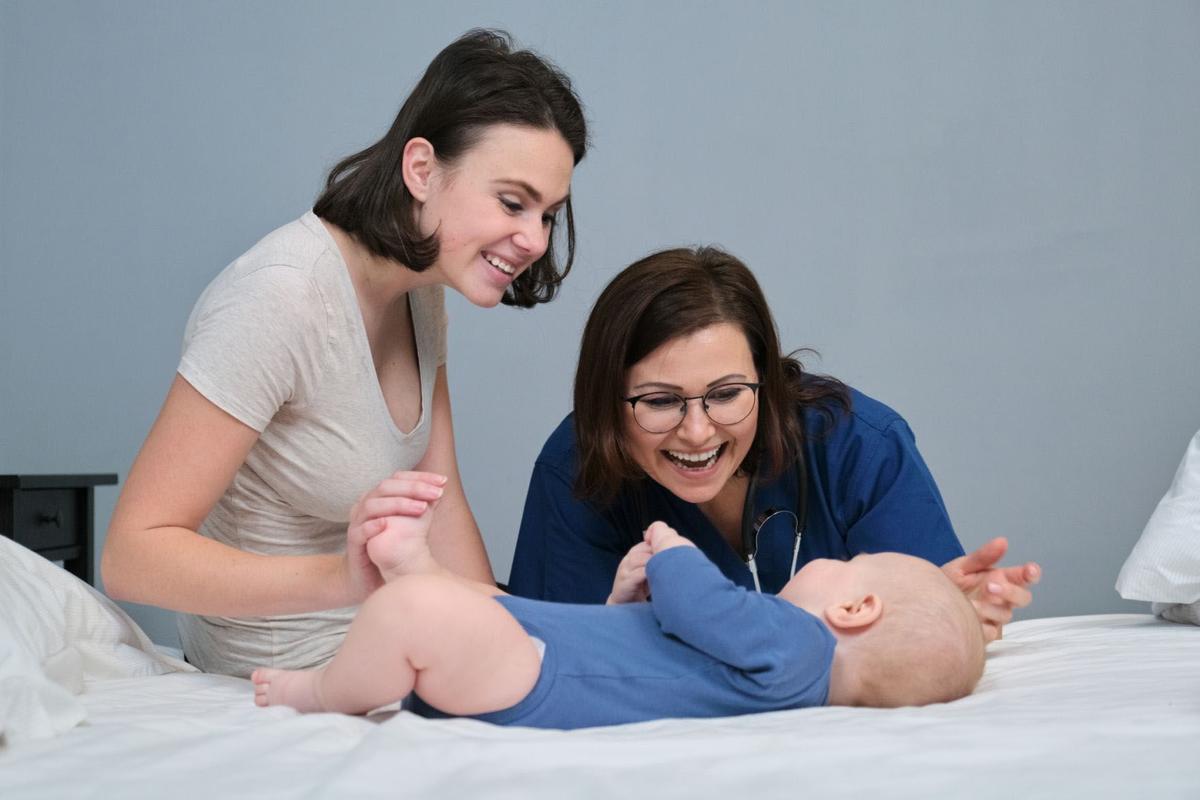 Liz Price, owner of Nurse at Night, says that while her nurses don’t treat postpartum depression, they provide the baby support that moms need to push through when times get tough. File/Dreamstime 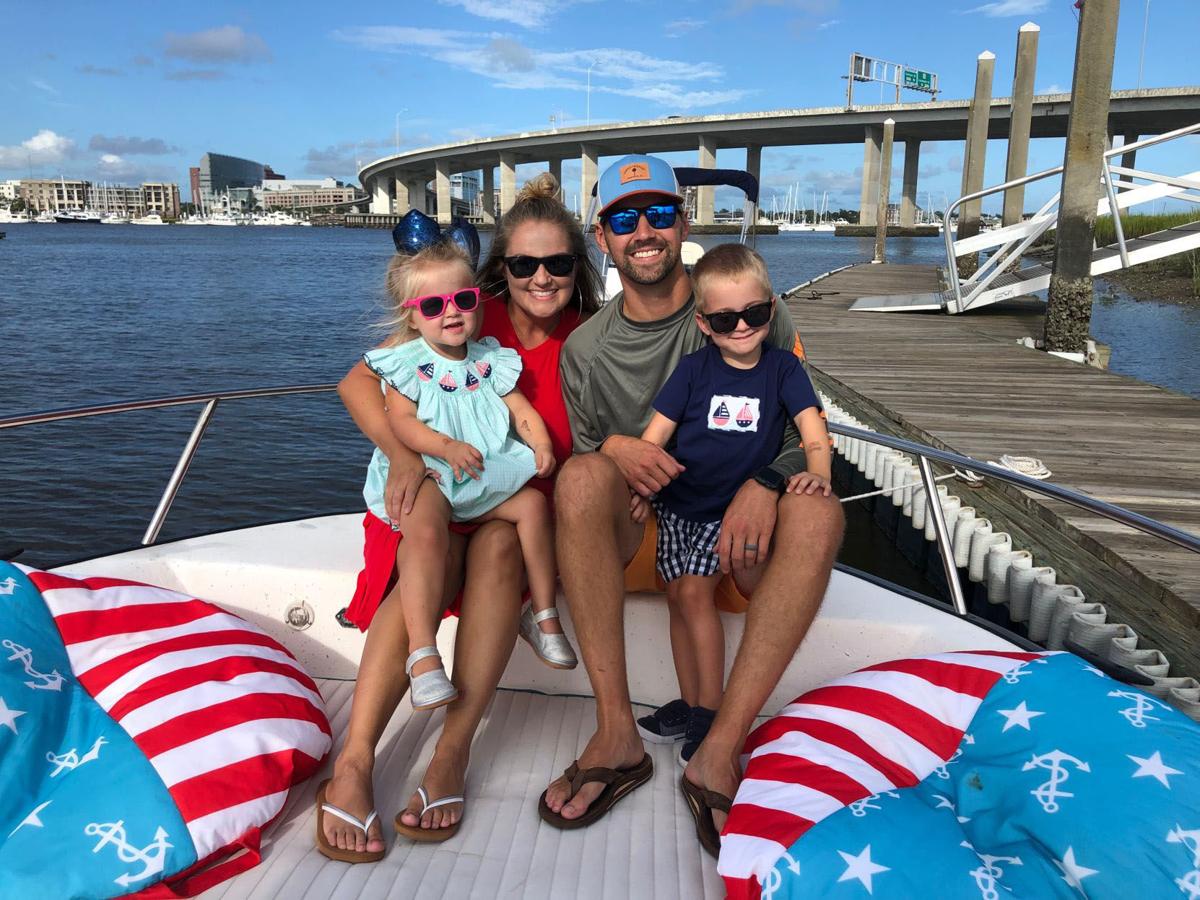 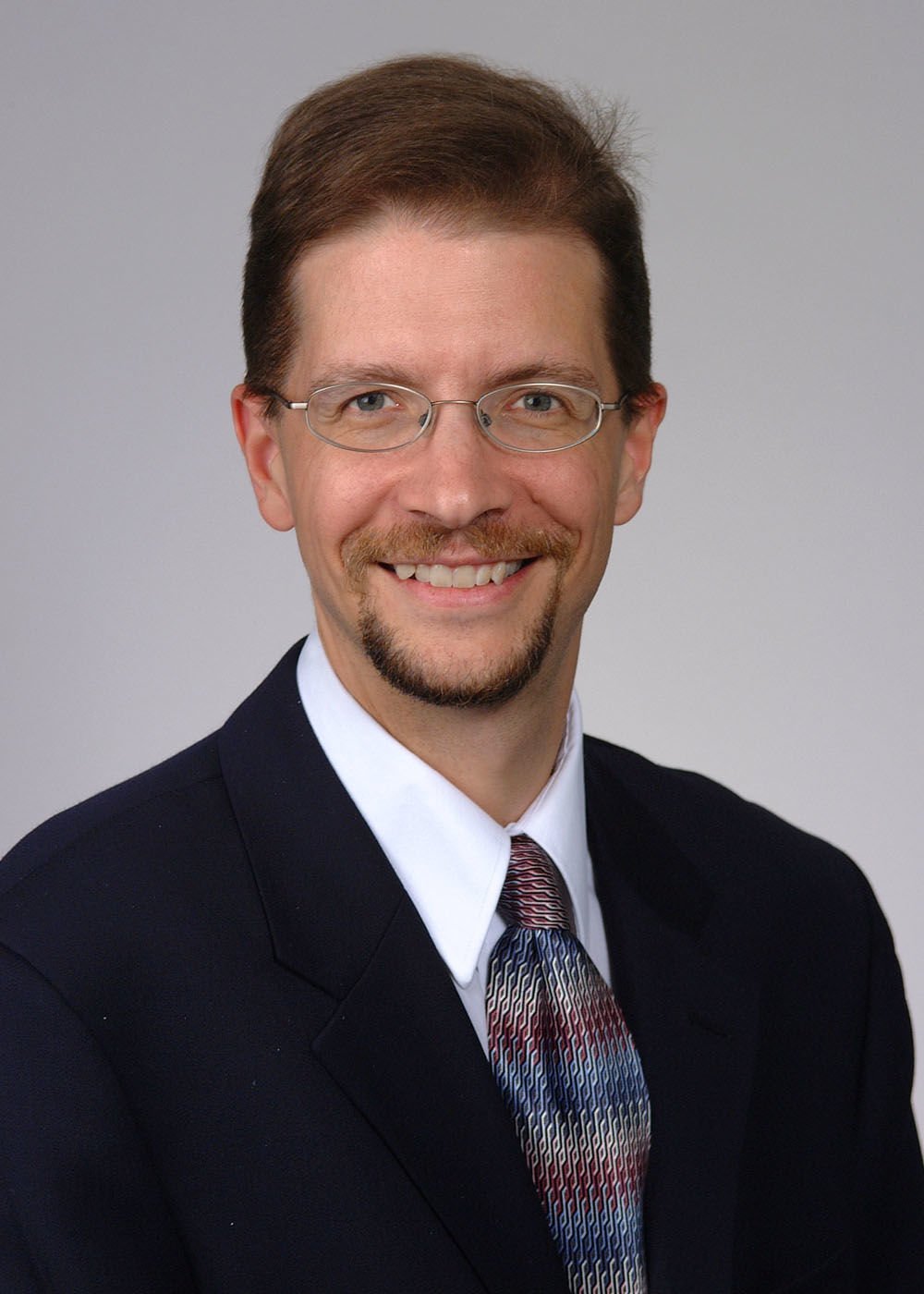 Dr. Scott Sullivan is a professor and director and Maternal-Fetal Medicine at Medical University of South Carolina. Provided 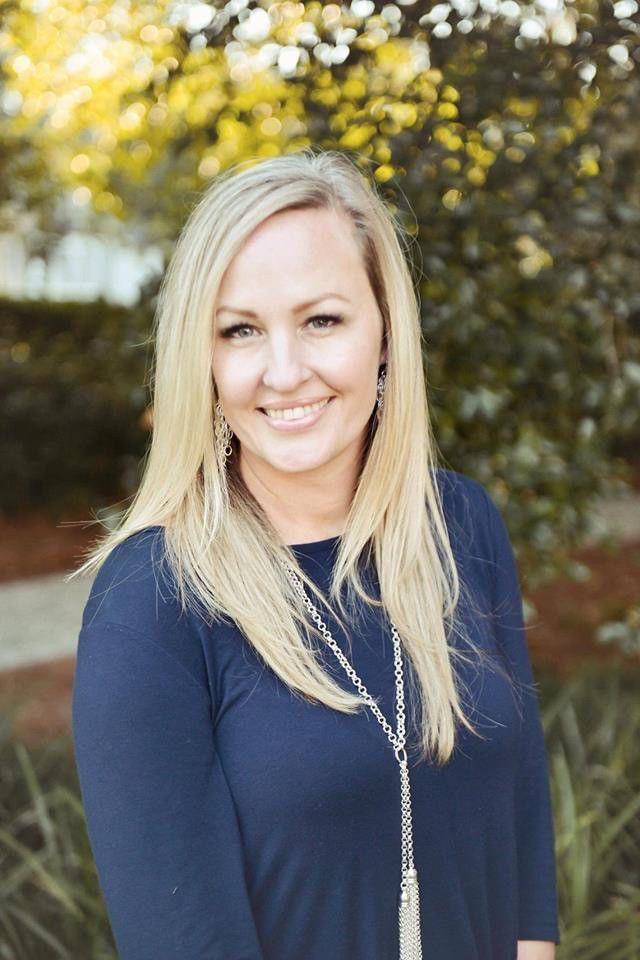 Liz Price is the founder and owner of Nurse at Night in Charleston. Provided 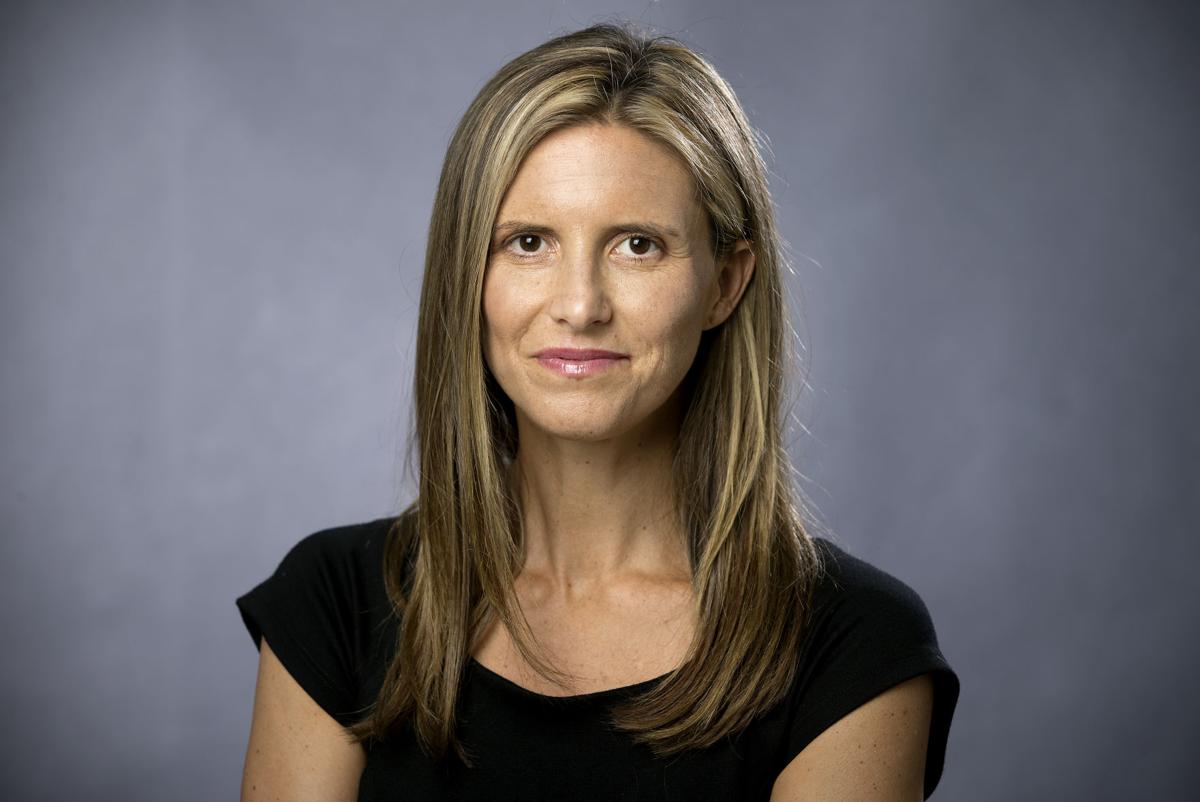 After days marked by panic attacks and hysterical crying, it still took an intervention from Whitney Prillaman’s best friend for her to admit that her sleeplessness, severe depression and irrational thoughts were about more than just the baby blues. She was terrified to leave the house, afraid to drive and would lay in bed until her husband got home from work every day.

“My best friend told my husband that something was seriously wrong, that I needed help,” she says. “I finally went to the doctor and told her how I was feeling.”

It should have been no surprise that Prillaman, now mother to son Whitten, 4, and daughter Essie Mae, 3, would be more likely to suffer from postpartum depression. The pregnancy and delivery of her son had been highly traumatic, and the young mom, 29 at the time, had not seen any of the hardship coming.

“My first child was born 10 weeks early after I was diagnosed with severe preeclampsia,” she says. “I was rushed to MUSC for an emergency C-section at 4:30 in the morning and afterward I couldn’t see him for two days. We hadn’t yet packed our bags for the hospital or even picked a name.”

Prillaman’s preeclampsia diagnosis signaled that her blood pressure was dangerously high, she was swollen and hazy and after her cesarean section, her blood pressure remained high, her lungs began to fill with fluid and her kidneys started to shut down. The young mom knew things were serious when she collapsed in the bathroom at the hospital.

“I think the nurses and doctors were so concerned with keeping me alive that my mental health seemed much less important at the time,” she says. But once she got home, she was exhausted and “in a very dark place,” Prillaman said.

She found it hard to connect with her tiny baby, just 4 pounds, because she was so paralyzed with fear. Thus far, the nurses at the hospital had been there to help and now she and her husband were left alone to parent. Not being able to breastfeed added to her guilt, she says, because the process of removing fluid from her lungs had meant she could no longer produce enough breast milk to feed her baby.

"I just felt such guilt, first because my body wasn’t able to hold him in long enough and then because I didn’t have the milk to breastfeed,” she says.

When Prillaman did eventually seek help for her postpartum depression, she was prescribed a low dosage of Zoloft and she started seeing a psychiatrist. But for her, the true lifesaver came from the night nurses who frequented her home when she needed support the most.

“The night nurses gave me peace of mind,” she says. Prillaman hired night nurses from a local company called Nurse at Night. She says that knowing that trained nurses would see her baby, hold him and tell her that everything was OK quieted her anxious mind.

In that first crucial month, they helped her with sleep training, swaddling and in their down time would fold cloths and even address thank-you notes. It’s this support, according to Liz Price, a registered nurse and owner of Nurse at Night, that helps moms get the hang of parenting in the beginning. Price says that while her nurses don’t treat postpartum depression, they provide the baby support that moms need to push through when times get tough.

Price says that all of the Nurse at Night nurses are registered nurses who have training in the field. Whether they’re labor and delivery or NICU nurses, they’re used to working with babies. But for many new moms, the most important thing they provide is a good night’s sleep. Prillaman remembers fondly how wonderful that first night of real sleep felt. It helped her to cope with her postpartum depression and improved her outlook.

According to Dr. Scott Sullivan, director of the Division of Maternal Fetal Medicine at the Medical University of South Carolina, the sleep deprivation that comes with a new baby can be a postpartum depression trigger for moms who are already susceptible. Even the increased volume of crying from a newborn can play a role.

“Postpartum depression is a very large and dangerous problem that can impact 10-15 percent of all new moms and, if left untreated, it can cause depression later on,” says Dr. Sullivan. “Both sleeplessness and infant crying can add to the stress component of the disease. Our brain requires sleep for it to function properly and lots of research has shown a connection between sleep and mood.”

Additionally, Sullivan says that our evolutionary reaction is to be alarmed when we hear crying, which not only wakes us up, it causes stress. Psychologically, if the brain doesn’t get 6 to 7 hours of uninterrupted sleep per night, it can negatively impact our mental health. Having help to get through the sleepless nights is especially important not only for moms with postpartum depression but also for those who are struggling but don’t meet the diagnoses for the disorder.

As new parents move away from their extended families, it can be hard for them to get the help they need from grandparents and other family members. And while night nurses can be critically important for new moms, they also can be cost prohibitive. According to Price, the cost for eight hours of help, usually from 10 p.m.-6 a.m. is around $240. It is not a benefit covered by health insurance plans.

But for moms that can afford it, even for just a short period of time, the support can help them get over the hump. It certainly did for Prillaman, who says the night nurses that supported her when both babies were newborns were paramount to her mental health.

“I got sleep and, for me, that meant everything,” she says.