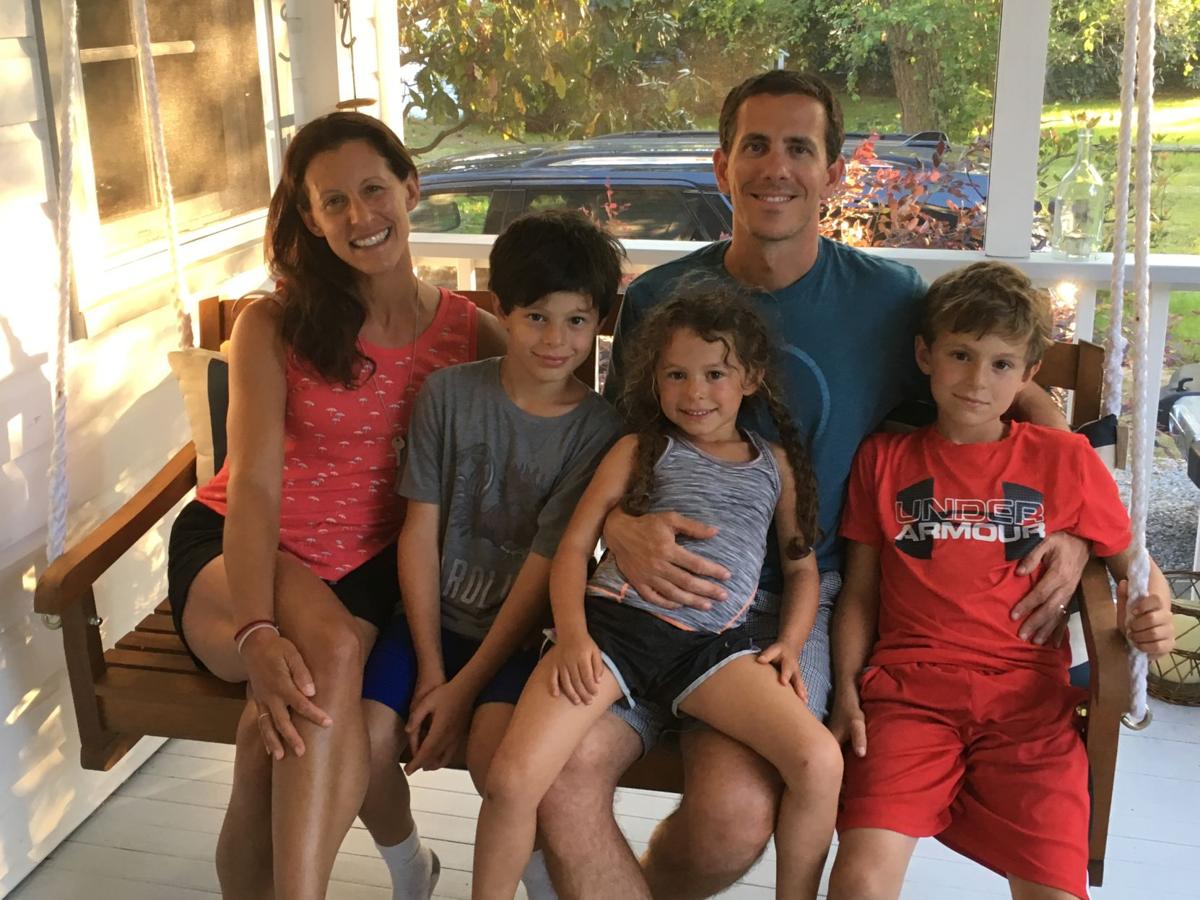 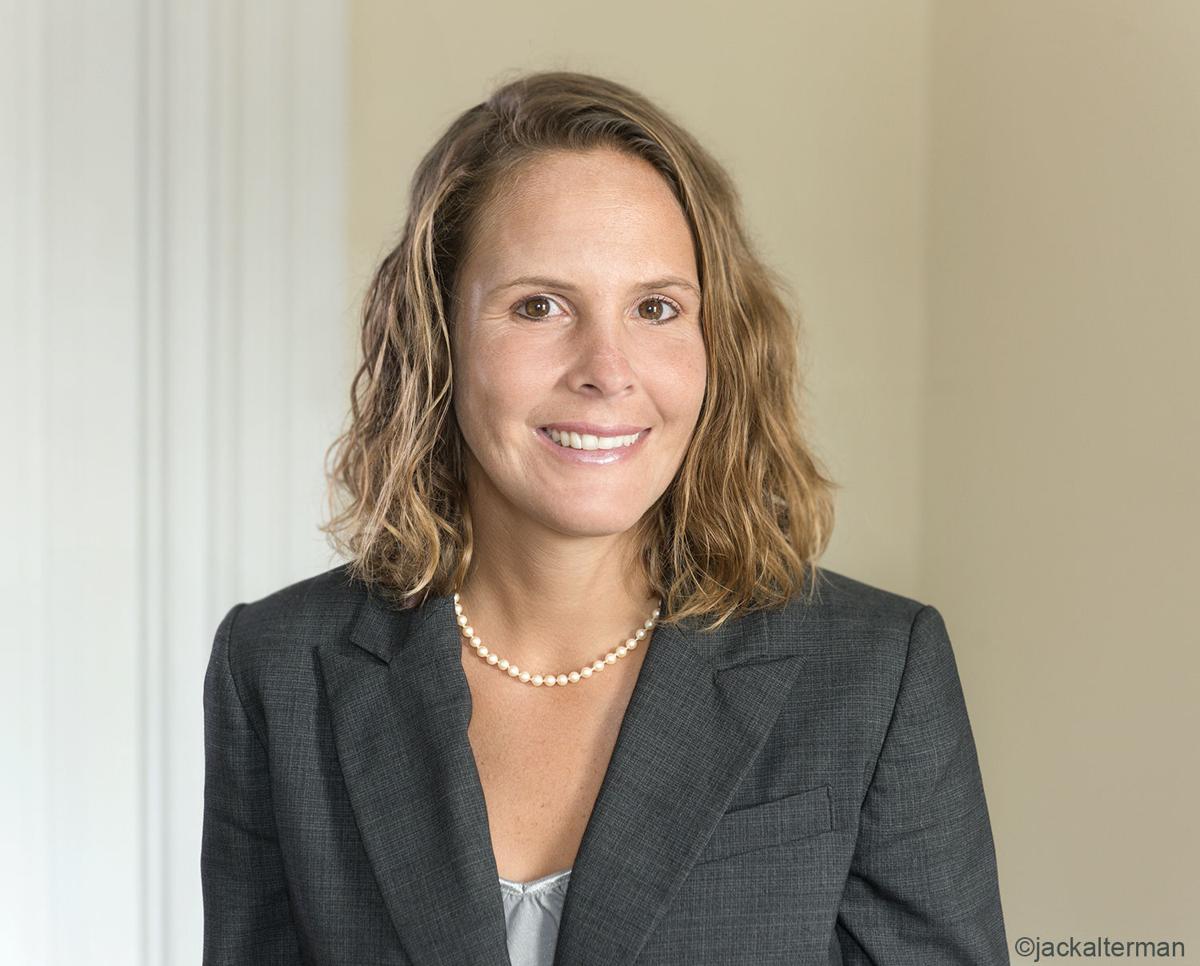 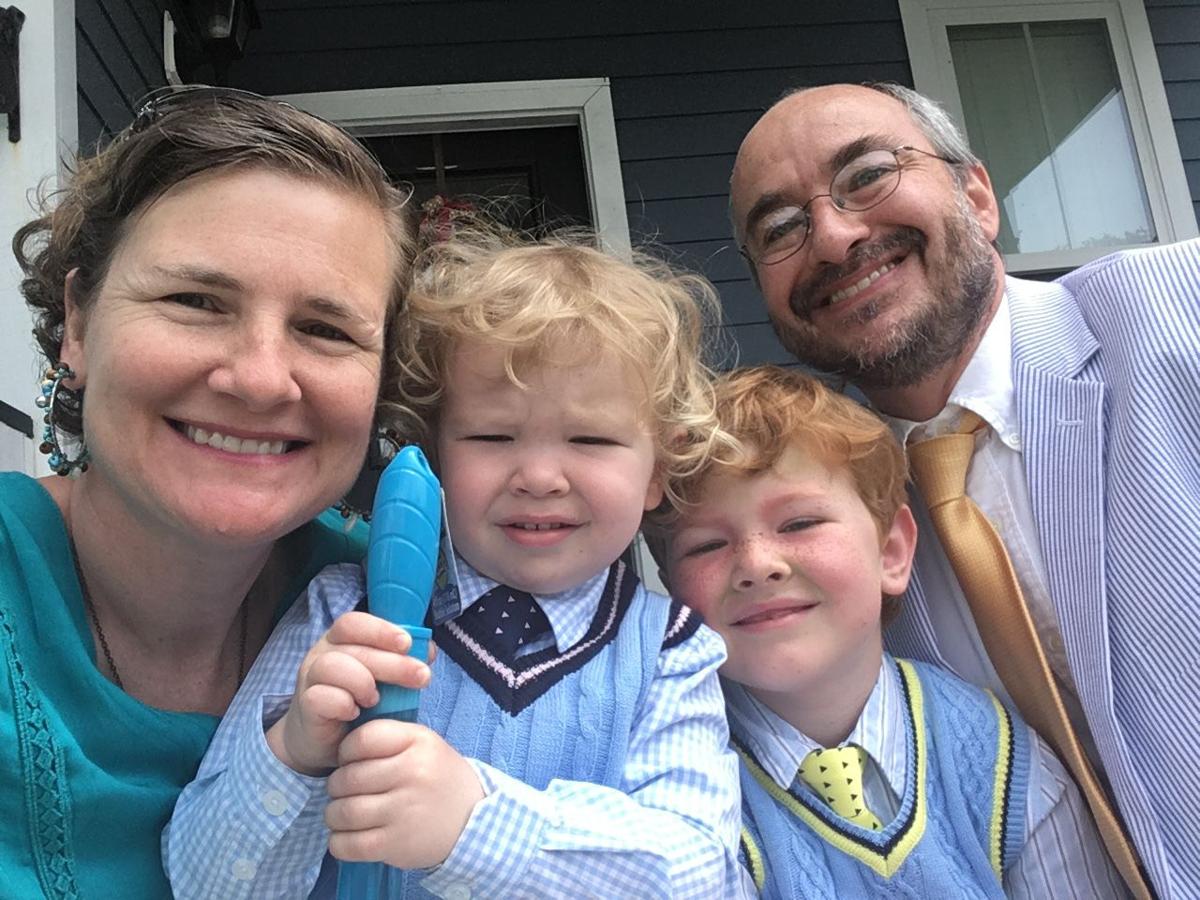 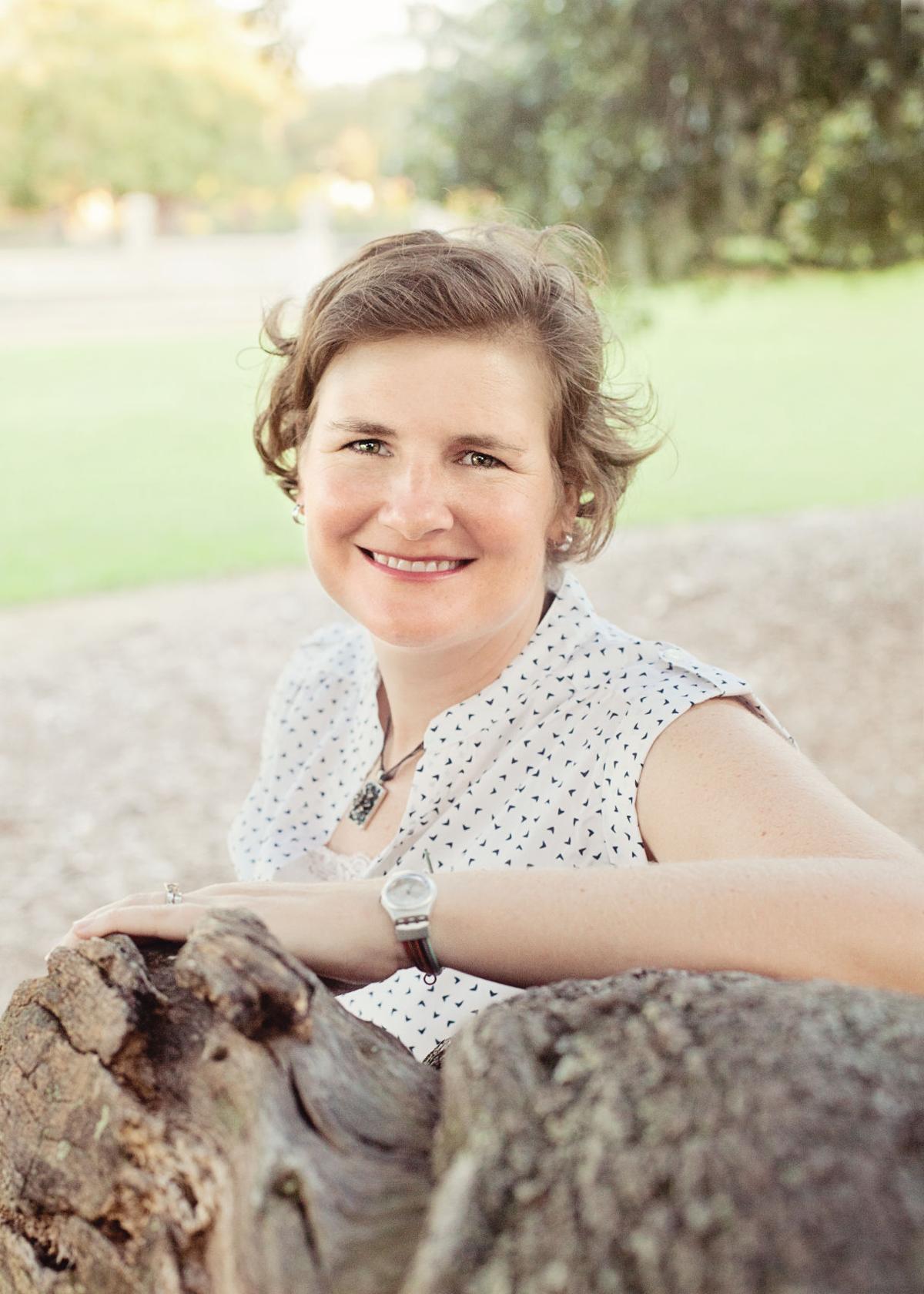 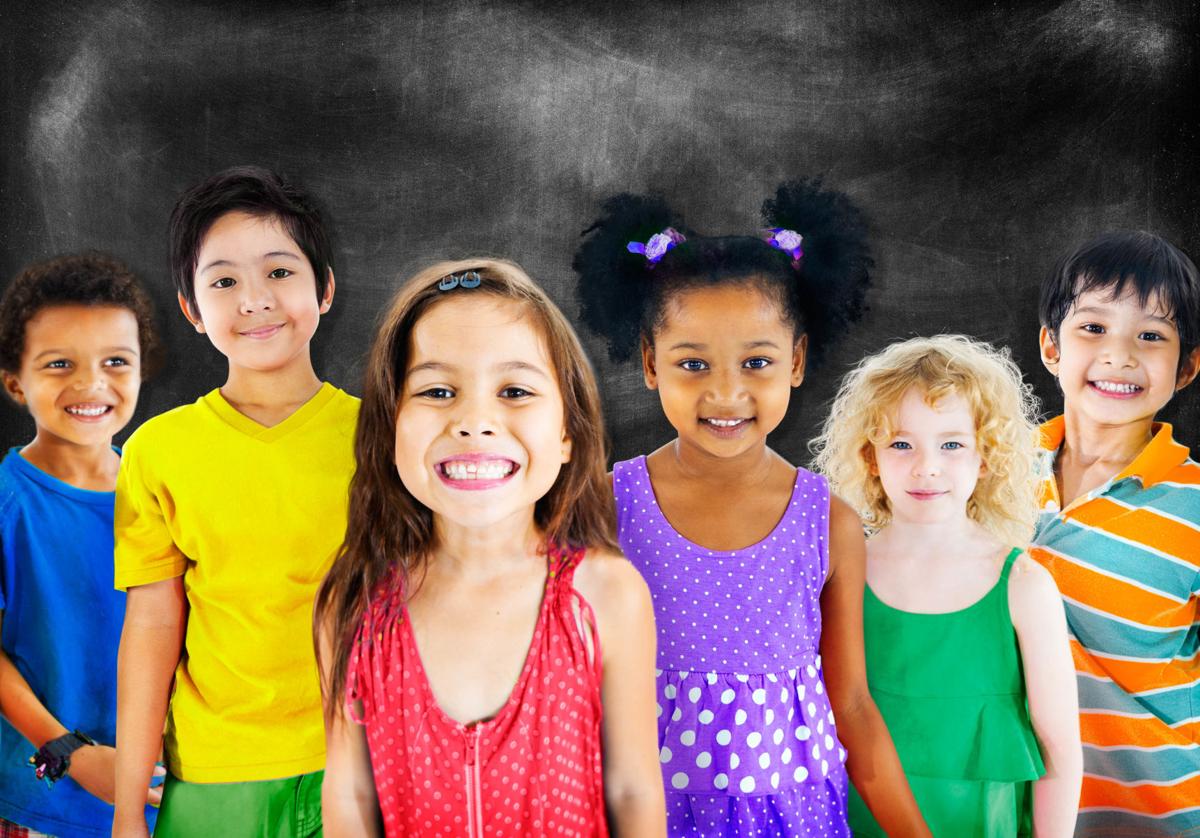 According to local experts, modeling how to handle feelings and emotions is one of the primary ways parents can raise stable adults. 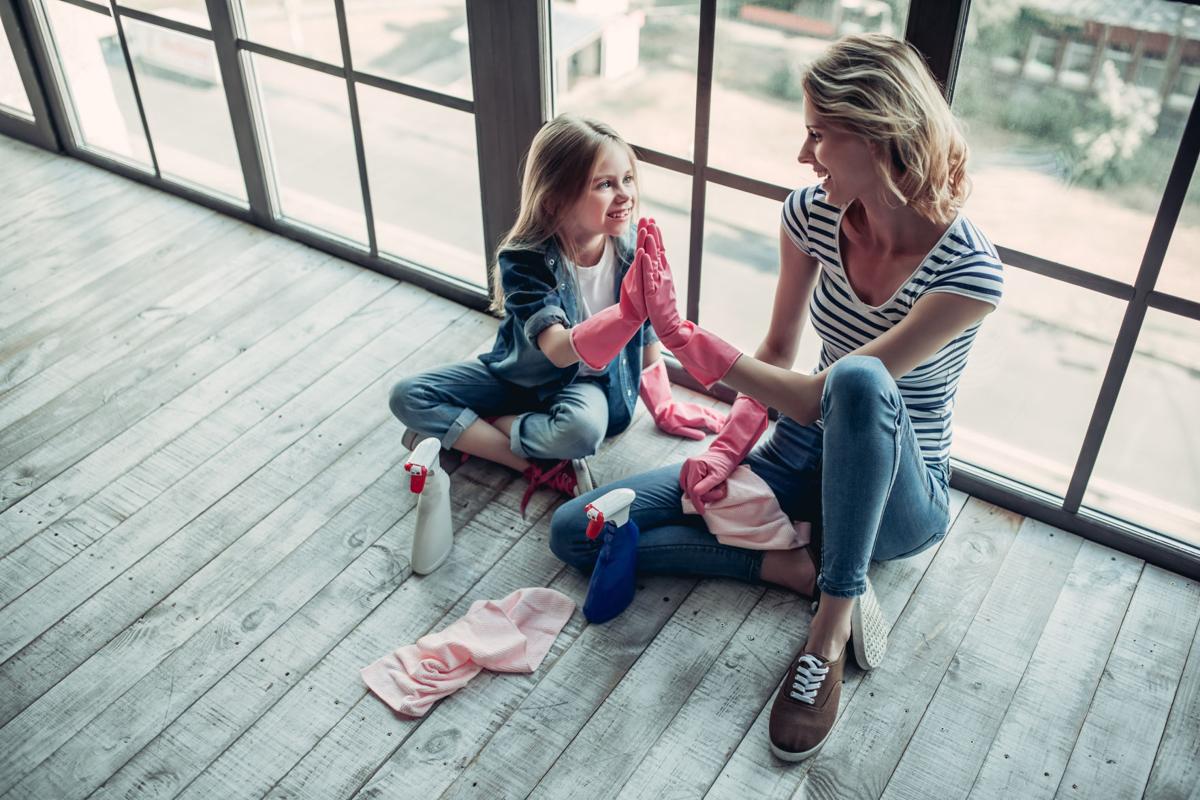 Empowering kids to make those minor responsibilities gives them the ability to make good choices when it comes to the big stuff, say local experts. 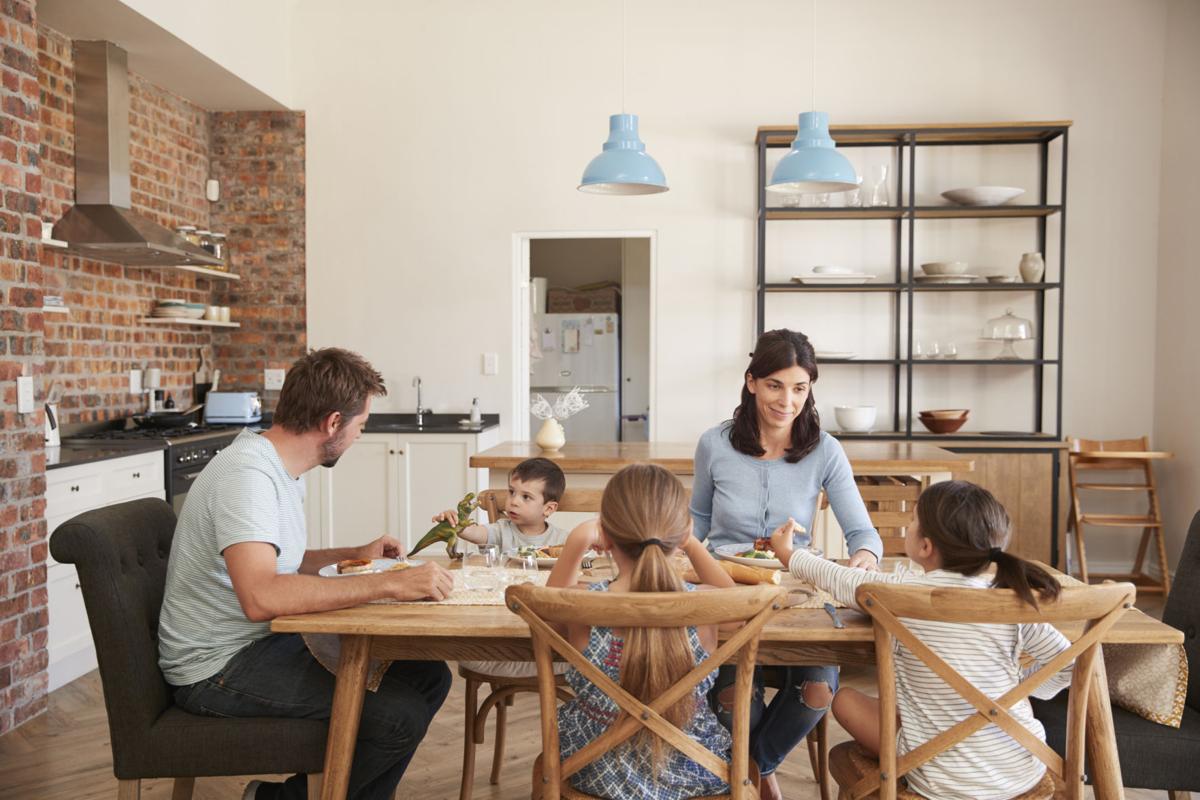 Weekly meetings, often at the dinner table, are a great way to keep the lines of communication open as a parent, says mom Kim Markin of Sullivan's Island. 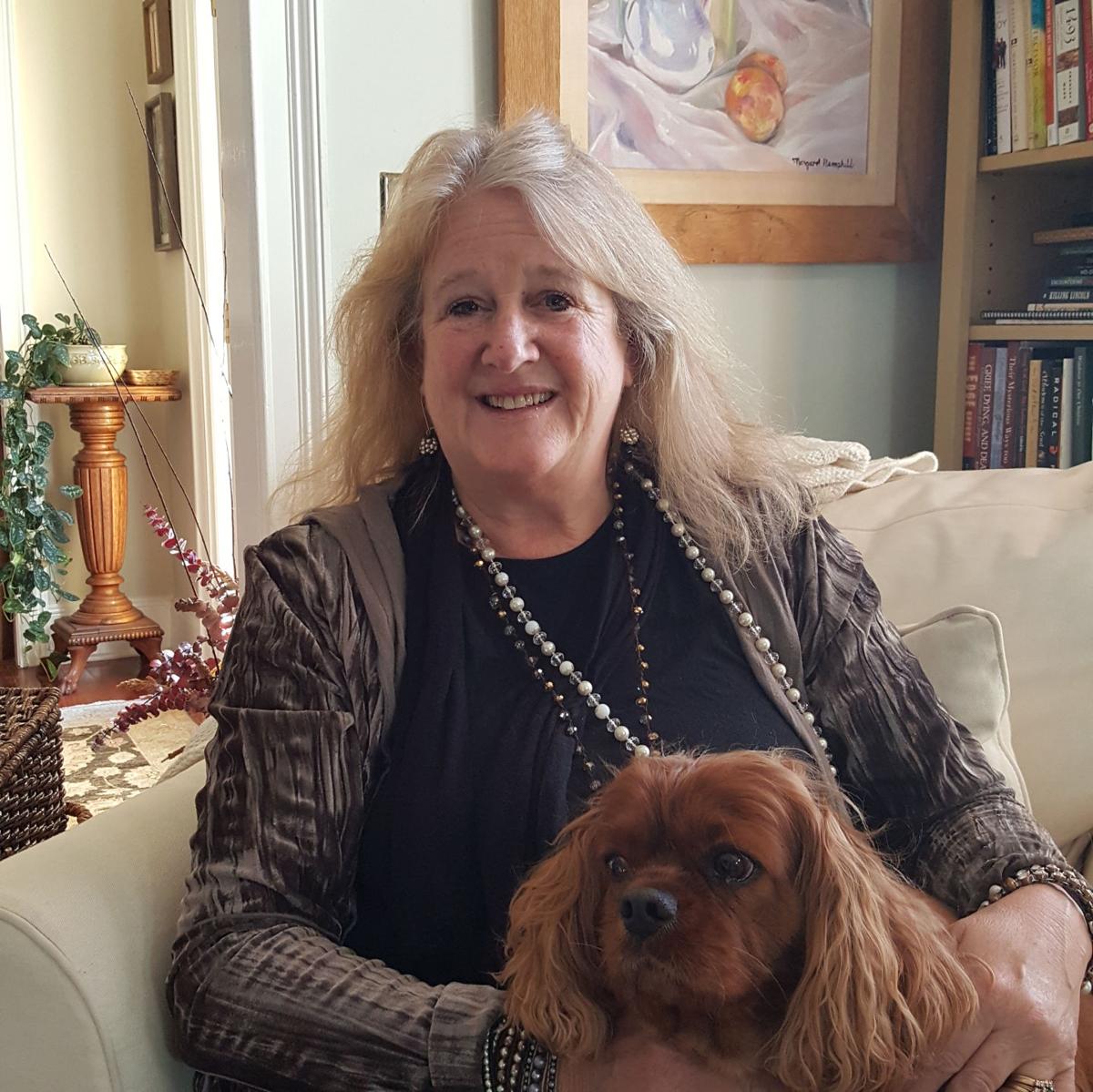 When LeAnn Gardner’s 6-year-old son Ellis heard about a recent school shooting, he had a lot of questions. Her initial reaction was to avoid talking about such a scary situation with her kindergartner.

Parents’ natural inclination is to protect their children from the bad in the world, but, as a therapist, Gardner knows the importance of talking through emotions – even the hard ones.

So, she apologized for shutting down the questions and then encouraged Ellis to talk about what was on his mind. Gardner did her best to reassure her son that both she and his father, along with the school and his teachers, were doing everything they could to make him safe. She didn’t, however, promise a school shooting would never happen at his school.

Modeling how to handle feelings and emotions is one of the primary ways parents can raise stable adults who are emotionally intelligent and equipped to handle the feelings and stresses that life will inevitably throw their way.

“Parents tend to want to shield their child from pain, so they don’t talk about a school shooting, sex, violence or anything that is hard or might introduce them to the fact the world is broken,” Gardner says. “Some things are not appropriate, but they can handle more than we think they can. Our job is not to hover or protect, but to equip.”

Much of how this Park Circle mom handles situations with her oldest son and her 3-year-old son is influenced by what the sees as a therapist. Adults come into her practice and say they weren’t allowed to feel sad as children.

“The message was ‘be happy’ and if you’re anything less than happy, you’re not doing it right,” Gardner says. “What happens when you grow up? You’re human, so you feel happy and sad. But (these adults) think, ‘If I feel sad, something must be wrong with me.’ So, they turn to coping by cutting, drinking, overeating or not eating.”

Everything is on the table

Kim Markin and her husband, Todd, have created a “no topic is off limits” policy in their Sullivan’s Island home. Their boys are 12 and 10 and their daughter is 6 years old.

“At the core of everything we do is making them feel safe and like they can come to us with anything,” she says. “There are no feelings that are wrong. There’s really nothing you can say or do that will affect how much we love you.”

To encourage open communication, the Markins have a weekly family meeting – usually Sunday at dinnertime. Everyone reflects on the previous week and shares any issues – good and bad.

Each evening at dinner, they also give their three kids a chance to talk about their day – what made them mad, sad and glad. It’s a good way to get some details beyond the standard “school was fine,” Markin says.

As a mom of two teenagers, Laird employs the same tactics she uses at work in her home life. It’s about finding those small moments when parents can teach these core social emotional skills.

For example, Laird says, if she comes home to find her daughter hasn’t completed her chore of unloading the dishwasher, instead of yelling, “I’ve told you to do this a thousand times,” Laird suggests a different approach. Help your child see the consequences of her actions. She didn’t unload the dishwasher, now there are no clean forks for dinner and this affects the entire family.

Laird says the parent website was driven by the WINGS board of directors – parents themselves who felt other parents could benefit from the techniques used at WINGS.

Be a present parent

Online resources and books offer guidance on raising emotionally stable children, but it takes a commitment on the part of the parents to be intentional and present.

Karen Tarpey is a play therapist at Practice Place, a collaboration of therapists and counselors in Mount Pleasant. She says mindfulness is an important skill for children to learn and parents to practice.

“Mindfulness is being in the present. It’s teaching a child how to be aware of what’s going on in their mind, heart and body,” Tarpey says.

And that means parents must be mindful of their own behaviors and emotions, so they can best model strategies for their children.

“The biggest gift you can give your kids it to be present,” Tarpey says. “Look for opportunities to listen and support them. Kids see that parents are busy and they’re looking at their phones a lot. Turn off the electronics and just be present with that child.”

Tarpey encourages parents to truly listen and talk with their children. Let them voice their feelings and opinions freely. That doesn’t mean parents have to agree with everything their child says, but they’re giving them the space to share.

Allowing kids the freedom to express emotions and then giving them the tools to handle them is just one aspect of raising children who can function independently and confidently as adults.

Headlines in recent years have bemoaned the plight of the millennial – a product of helicopter parents who raised a generation of young adults barely able to do a load of laundry let alone run a company or raise up the next generation.

A recent video series published by The Atlantic, poses the question: "Are Helicopter Parents Ruining a Generation?"

The video features Julie Lythcott-Haims, author of “How to Raise an Adult.” She says in the video, “Initially, helicopter parenting appears to work. As a kid, you're kept safe, you're given direction and you might get a better grade because the parent is arguing with the teacher.”

But, after a while parents are not helping, but rather hindering their child’s development. Lythcott-Haims says, “Our job as parents is — like it or not — to put ourselves out of a job.”

Terri Largent, a Mount Pleasant mom with two daughters, ages 10 and 12, realizes there are times when she needs to let go. The girls need to be responsible for their own homework, for example. And even if a messy backpack or cluttered bedroom drives her crazy, Largent knows she has to be less involved, so her daughters learn to take responsibility for themselves.

Largent reads a lot and relies on friends who have older children for advice and guidance as she figures out how to raise two independent young women.

In the Markin household, the three children have their name on a dry erase board in the kitchen. After school, they put deadlines or upcoming tests on the board.

She likes to involve the children in the process, including creating chore lists and screen time rules.

“There are things they have to do before they can even ask for screen time,” Markin says. “They were involved in making up that list and coming up with the rules. It gives them a sense of responsibility.”

As a mom and a therapist, Gardner is a proponent of giving children age-appropriate freedoms so they can use their own brains, she says.

She recommends letting even small children make decisions – such as picking out their own clothing. Empowering kids to make those minor decisions gives them the ability to make good choices when it comes to the big stuff, such as whether to get into a car with someone who has been drinking, Gardner says.

Instilling in children good decision-making and independence starts early. It’s letting a 10-year-old go to the children’s book area of Barnes & Noble alone or browse the toy aisle of Target while you get the milk. Select age-appropriate as well as safe opportunities for kids to assert independence.

It will be much more difficult for a teenager or young adult to think for themselves when he has a parent who has coddled him and made all the decisions, Gardener says.

Parents who hover also tend to intervene in a situation where their child might fail.

“We need to let them fail and help them cope with negative feelings after they fail,” Gardner says. “So much of our parental energy is used in keeping them from failing. What if we used those resources to help them process their feelings and move forward from failure? If we do this, they will learn that failure and disappointment are parts of life, not the exception, thus they build coping skills and are resilient.”

As a mom, Gardner says she pays attention to her boys’ natural gifts and inclinations. She doesn’t necessarily tell them they will be good at absolutely everything. “You’re probably not going to be good at everything and that’s OK,” she says.

At WINGS for Kids, Laird says they also let their students fail. “Instead of stopping them, we let them fail. Then we have a new lesson on how to come back from failure.”

Again, it’s those less severe failures – forgetting their lunchbox and having to eat a school lunch – that provides teachable moments and building blocks for future growth.

“If you’re an adult, you fail all the time,” Laird says. “What if we create a scenario where our kids don’t fail until they are an adult? Kids aren’t born knowing [how to deal with failure]. They have to learn that, and they have to learn from experience.” LCP

How to help your stressed child

More and more children and teens are reporting feelings of stress. Karen Tarpey, a play ther…