You have permission to edit this article.
Edit
Home
Things To Do
Articles
Directories
Education Directories
Contests
Advertise with us
Photo Gallery
Sponsored Content
e-Edition
1 of 6 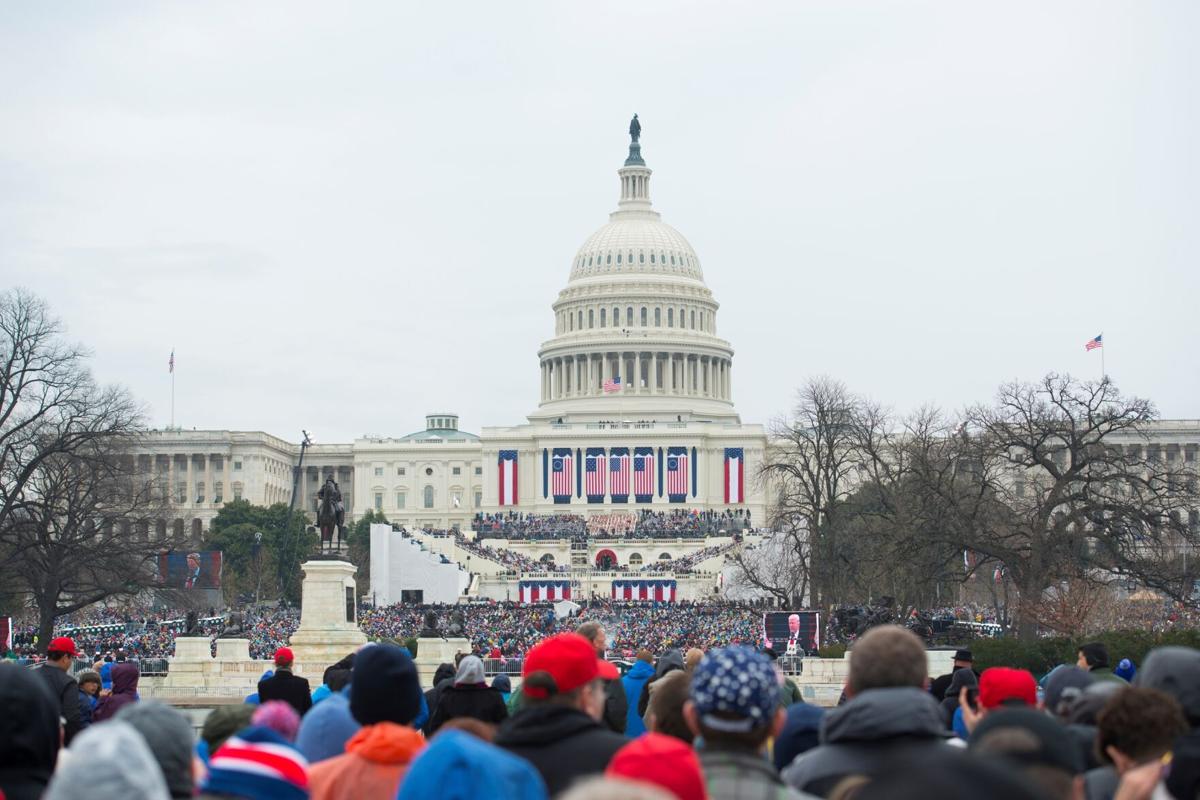 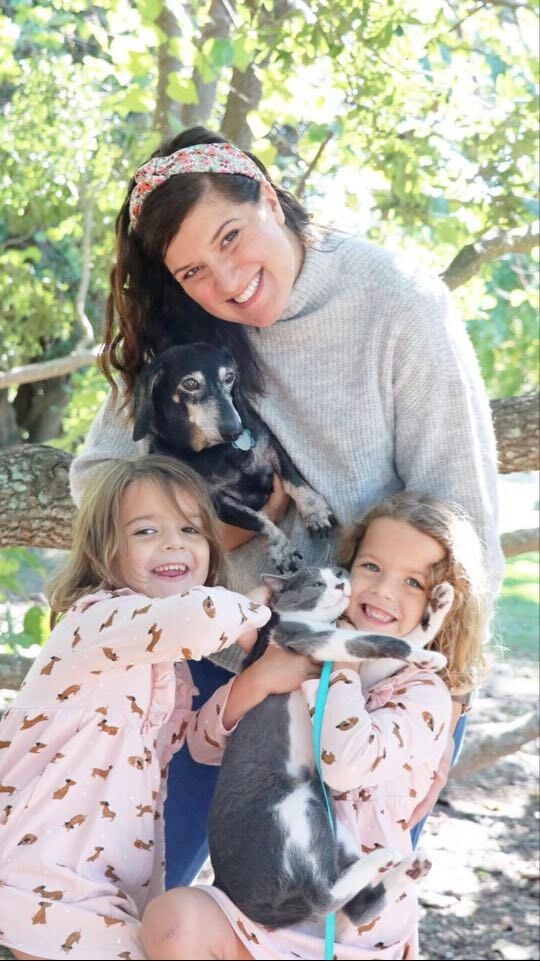 Stefani Zimmerman with Addison and Emma 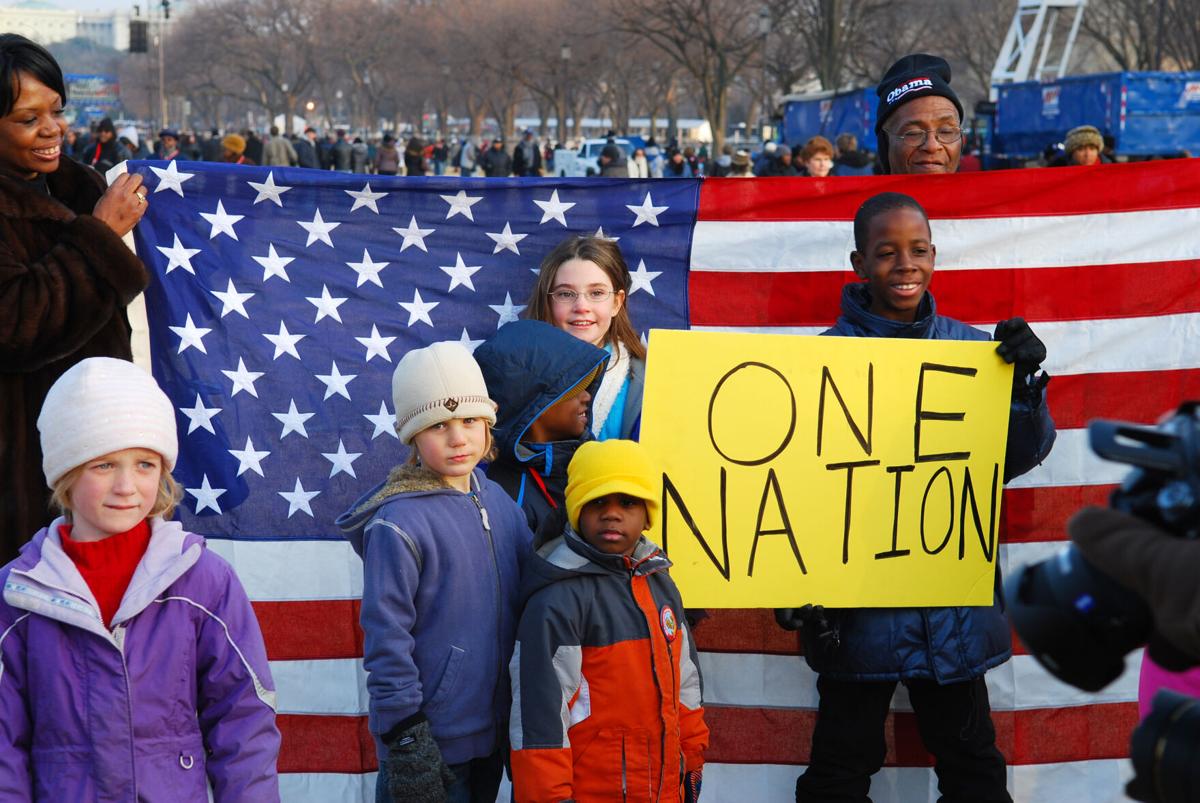 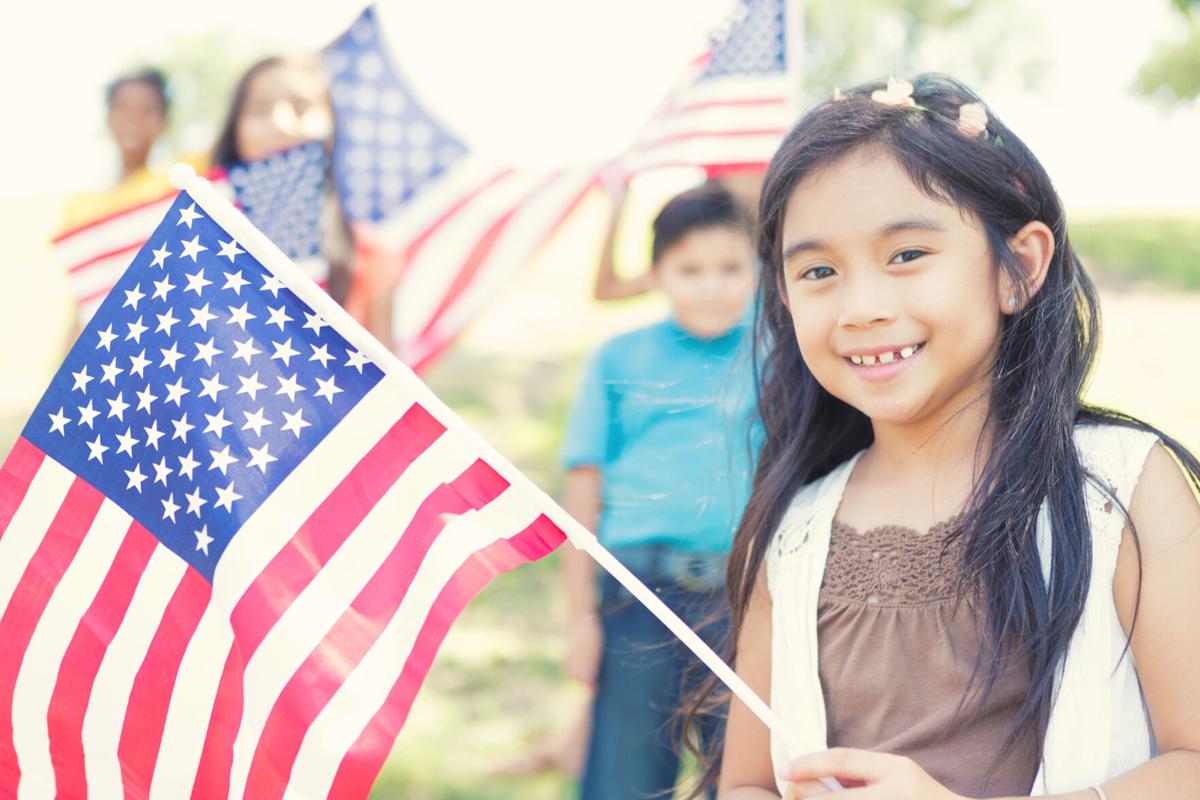 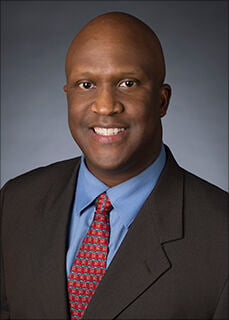 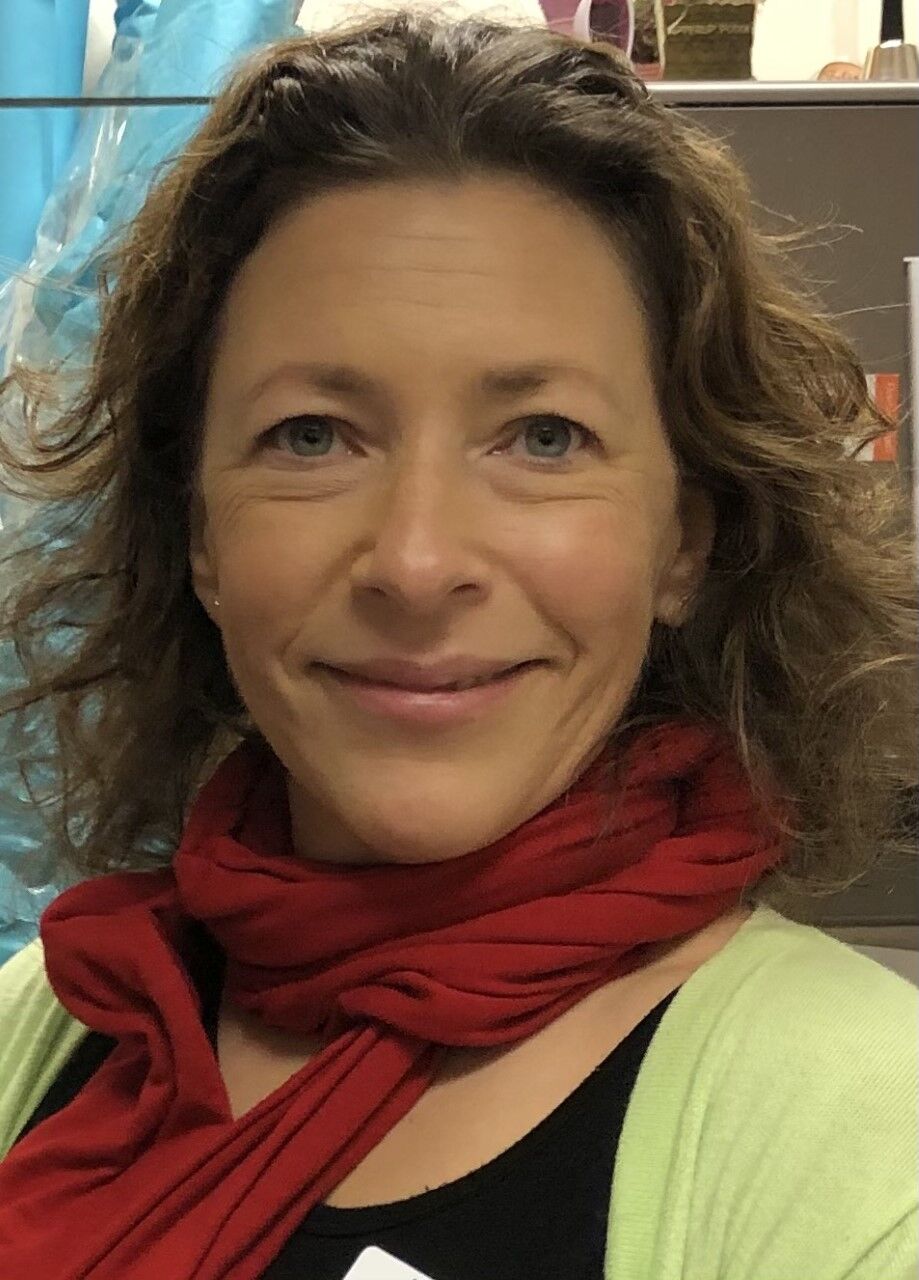 Stefani Zimmerman will be tuning into the presidential inauguration with her five-year-old twin daughters. As self-described “political nerds,” they wouldn’t miss it. Talking about politics, elections, world events and social justice issues are woven into the fabric of their family.

Zimmerman’s parents were engaged in politics, and her own professional career has been devoted to government relations and advocacy. Prior to moving to Charleston, Zimmerman worked in Washington, D.C., in Congress and on presidential campaigns.

Her passion for politics didn’t diminish when she became a mother. Before her girls were even a year old, they had been to the White House and Capitol Hill. She’s taken them along to the voting booth. The girls have participated in women’s marches and Black Lives Matter efforts.

“Whether they like it or not, it’s who they are,” Zimmerman said.

The North Charleston mom intentionally talks with her daughters about social issues, politics and current events. Zimmerman enrolled her girls at Malcolm C. Hursey Montessori School in North Charleston with a diverse makeup of students and teachers.

She’s looking forward to experiencing a historic moment with her daughters as the first woman – Kamala Harris – becomes vice president of the United States.

It’s an exciting year to see a female sworn into office, Zimmerman said. Whether or not you voted for Biden/Harris, our daughters are growing up to see women in higher office as a normal thing.

Despite having just turned five years old, Zimmerman said she’s impressed by how much her girls understand. They know Donald Trump is the current president and that Joe Biden and Kamala Harris won the election (although they did question why Harris wasn’t the incoming president).

Sticking to the facts

An important lesson for children is how to respect people who have different opinions, including family members.

“I want them to be critical thinkers and not believe something just because Mommy said so or Grandma said so,” Zimmerman said.

Keeping their own political views out of conversations can be tough for parents, but experts say children should learn to think for themselves.

Abbey Adams is the children’s services manager at the main branch of the Charleston County Public Library.

“In our family, we’ve got a really wide variety of political beliefs,” said Adams, who has a nine-year-old son. “(We) stick to the facts and keep the propaganda out of it, so he has a clearer picture of how the process works and why it’s important to pay attention to it.”

She encourages parents to help their children think for themselves and research information to discover what’s true and what’s not.

“Every time you look at the news, you can have a valuable and teachable conversation with your child,” Adams said. “It’s a good exercise in critical thinking. Evaluate for yourself what you see on the news or in the media. Talk about how to look up the facts, critically think and come to your own conclusions. Critical thinking is a really great skill that parents have the opportunity to teach their kids as a result of this whole process.”

Adams points to several resources available through the library, giving parents tools and information for talking to their children about the Jan. 20 inauguration. Students in the Charleston County School District have a free L2 (L Squared) account. They can borrow books and movies from the library branches and access digital materials and connect to more than 100 subscription databases for free. A free library card also offers access to such online resources as Learn360, Encyclopedia Britannica and World Almanac for Kids.

She suggests parents talk to their kids about the history of the inauguration – the process and the ceremony. They also can read up on the backgrounds of the incoming president and president-elect at Biography.com, Adams said.

Discover fun facts about past inaugurations and turn it into a game of trivia, Adams recommended. Who gave the shortest inauguration address (George Washington)? How did the inauguration come to be (it wasn’t always on Jan. 20)? Which inauguration had the biggest attendance (Barack Obama)?

“Find some facts (kids) find interesting and do some deeper dives into what’s going on and why it’s important,” Adams said. “Parents are going to learn some stuff too. You forget what you learned in eighth-grade social studies.”

Kendall D. Deas, Ph.D., is a professor of political science and Honors College faculty fellow at the College of Charleston. He’s a firm believer in teaching children about government because it’s not always stressed in the classroom.

“Many young people go through their formative years and have little knowledge of the governmental structure and how it works,” he said. “Teaching them about the inauguration at a young age helps them see how government works.”

He suggests finding past inaugural addresses to read or watch (YouTube is a good resource). Have them engage in exercises of reflecting on those past inauguration addresses and then engage in a discussion.

Ask specific questions, Deas said, such as: What do you think was the president’s vision for the country? How did you feel when reading or listening to the speech? Did you feel inspired by it? What issues were covered, or what topics were mentioned?

If parents want to do some prep work, they can create a list of words or phrases often used in inauguration speeches. Then watch past addresses, reflecting on how those words or phrases were used and how they might indicate that particular president’s hopes for the next four years.

This year’s inauguration is an opportunity for parents to talk about the history of women and people of color in politics and government. The first woman and first woman of color will be sworn in as the vice president, Deas said. Stress to young people the significance of that.

In his American government class, Deas talks with his students about the path the country took to get to this moment. For example, in 2016, Hillary Clinton was the first woman to be nominated by any major party.

“There had to be efforts before 2020 for Kamala (Harris) to be where she is today,” Deas said. “It’s important Hillary (Clinton) did what she did. She was trying to break a glass ceiling and overcome barriers for women in government leadership. Somebody had to travel that road and break barriers to have a woman and a woman of color about to assume the vice presidency of the United States.”

Women in higher office, the transition of power from one president to another, and questions about voter fraud have made for an election and impending inauguration filled with dinner table conversation starters.

“I’m a firm believer in taking the time to explain these issues to students, particularly when they ask and have questions,” Deas said. “Tell them the truth. Articulate in a way they understand the whys behind it. Make sure what you’re telling them is age-appropriate. Kids listen to the news, and they will have questions.

“We can’t just shy away from a response to their questions,” he added. “Tailor your responses based on age and be truthful about it.”

Sidebar: list of books/resources from Abbey Adams at CCPL