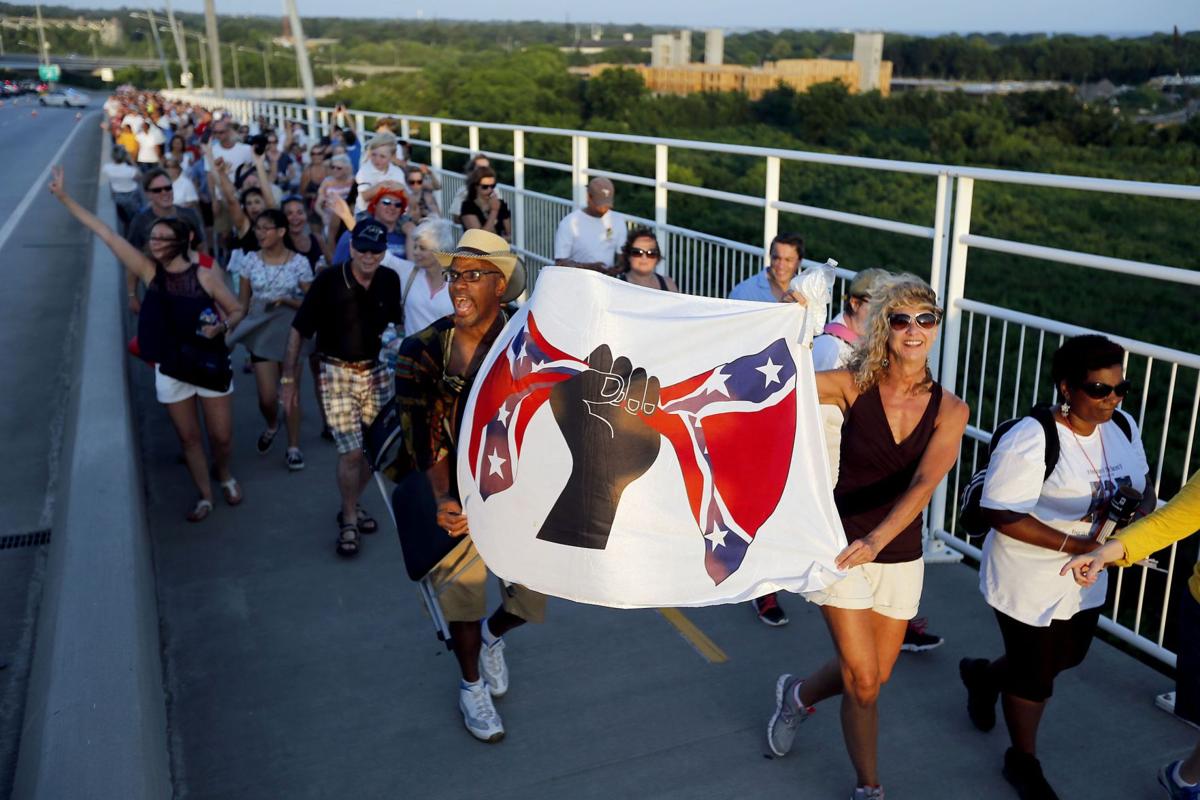 A new survey has found that despite shows of unity after the Emanuel AME Church shooting, South Carolinians remain deeply divided in their views of race relations and criminal justice. File 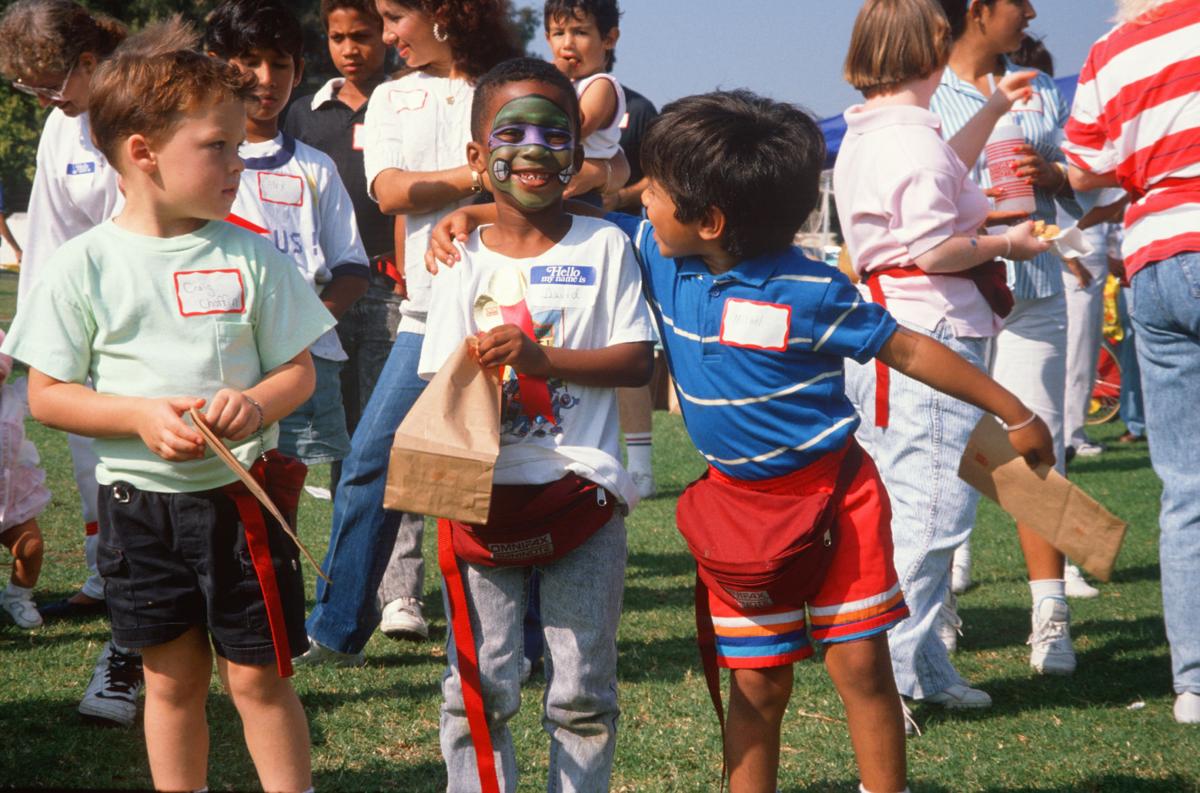 Addressing a child’s curiosity about race is a great approach, says Bonnie Compton, a local parenting coach and the author of “Mothering with Courage.” You don’t have to have long, heavy conversations (especially if your child is young).

Race is a complicated subject even for adults. But in a world where race relations come up so often in current events — from police brutality and immigration law to events like the tragic shooting at Emanuel AME here in Charleston — it’s more important than ever for parents to speak to their children about race, diversity, equality and discrimination.

“We are living in a time when racial tensions and hate crimes against minorities are increasing,” says Keonya Booker, an associate professor of educational psychology at the College of Charleston. “Parents have a responsibility to raise productive and informed citizens.”

Even if your child isn’t seeing and asking questions about the current events covered in the newspapers or cable television shows, even the youngest children notice differences in skin color and pick up on even very subtle cues related to what makes people different and the same.

So, how do you know when to start talking to your child about the very complicated topic of race? When is a good age to start giving them more details, and how can you make sure that what you’re sharing with your children is age appropriate?

For families like the Richburgs, who live in Goose Creek, it’s all about following the children’s cues and answering the questions as they come up.

Carolina, who is 7, comes from a racially diverse family, which has helped her to have a well-rounded perspective on race from a very early age.

“We’ve always talked to her about how she’s biracial and have had conversations about what that means,” says Laura Richburg.

Richburg has also tried to instill in her daughter that it’s important not to worry too much about the comments other people might make to her, whether it’s about race or anything else.

“People will say all kinds of insensitive things, but I just tell her to be the biggest person, try to educate people when she can instead," she said.

She also has always understood that there are many different kinds of people in the world. Her family is a good representation of that.

To start a meaningful conversation with your child about race, it can be as simple as that.

“Conversations about race start with conversations about difference,” Booker says. ”Many parents think they must have ‘the big talk’ about it, when it’s a much more subtle approach they can take.” For example, read books that depict people who look different from your family with your child. Buy dolls and action figures that show diversity.

“If the child balks at this, you have opened the door to have a conversation about why it is important to be open minded toward others,” Booker says. “Don’t shame the child for their feelings, but allow a safe space for them to express themselves openly. Regardless of the topic, when children feel connected to their parents, they are far more likely to communicate with them than those without that connection.”

Addressing a child’s curiosity about race is a great approach, says Bonnie Compton, a local parenting coach and the author of “Mothering with Courage.” You don’t have to have long, heavy conversations (especially if your child is young), but it is important that you aren’t pretending that those differences don’t exist.

“Kids are very aware and hear about race whether you are talking about it or not, so you might as well be talking about it,” Compton says, noting that some parents try to send the message that we’re all the same. “The intentions may be very good, but by remaining silent about race they really are not helping their children.”

There is no hard-and-fast rule on when to start talking about race with your children. After all, children are all different, too. They grow and develop at different rates. Some 3-year-olds may be ready to hear a bit more about racial tensions while others will just notice that there are different skin colors and move on.

You’ll know if you’ve given too much information if you notice your child is no longer interested and engaged, says Compton. If your child seems satisfied with your answer and ready to move on to the next thing, don’t push the issue. Little bits of information can go a long way with young children.

Of course, as children get older, their questions become more complicated as they are exposed to heavier topics at school, in their friend groups and through the current events in the news. Many parents wonder if they should shield their children from the scary or unsettling events of the world, and when it’s OK to start exposing their children to these things.

There’s no right or wrong answer to this, Booker says. It really depends on your child how much they’re ready to be exposed to. However, since it is incredibly difficult to keep your child from seeing news reports in our plugged-in society, it’s good to be prepared to talk about these events in a way that is honest, open and helps to put your child at ease.

“It is important for a parent to be open to their child’s interest in discussing these events when they ensue,” Booker says. “Children want to feel a sense of order and structure in their world, so when an event occurs, especially if it is an act of aggression against a member of their cultural group, they look to their parents and other adults for reassurance and comfort. If parents are not prepared to have these conversations, they may inadvertently create more fear or, conversely, a sense of naivete about these matters.”

It’s also important to note that parents of white children will talk about race topics differently than those with minority children. White parents need to become aware of their privilege and why it’s so important to be an advocate for disenfranchised groups. Parents of minority children, on the other hand, will want to share the importance of advocating for themselves and talk about how to stay safe in situations where they might be vulnerable. For example, a white person wouldn’t think twice about reaching into their glove box during a traffic stop, but people of color should know to keep their hands on the wheel, says Booker.

“With the increase in police brutality across the country, minority parents have had to tell their children, ‘This is what you do. This is why you do it. It’s not right, but that’s the way it is,’” Booker says.

At the end of the day, it’s up to parents to be aware of race issues, discussing them openly with their children in age-appropriate ways, and make an effort to show children how to be sensitive to others. After all, we may all be different in many ways, but most can agree that raising children who are accepting and kind will make lives better for all of our children as they grow up. LCP

How to talk to your children about race

Follow your child’s lead and keep it age appropriate. Address their questions honestly, with…

Sands, 49, was voted unanimously in November to his new position and will be the state convention's first African American president in the denomination's 200-year history when he assumes the role in 2021.