You have permission to edit this article.
Edit
Home
Things To Do
Articles
Directories
Education Directories
Contests
Advertise with us
Photo Gallery
Sponsored Content
e-Edition
1 of 7 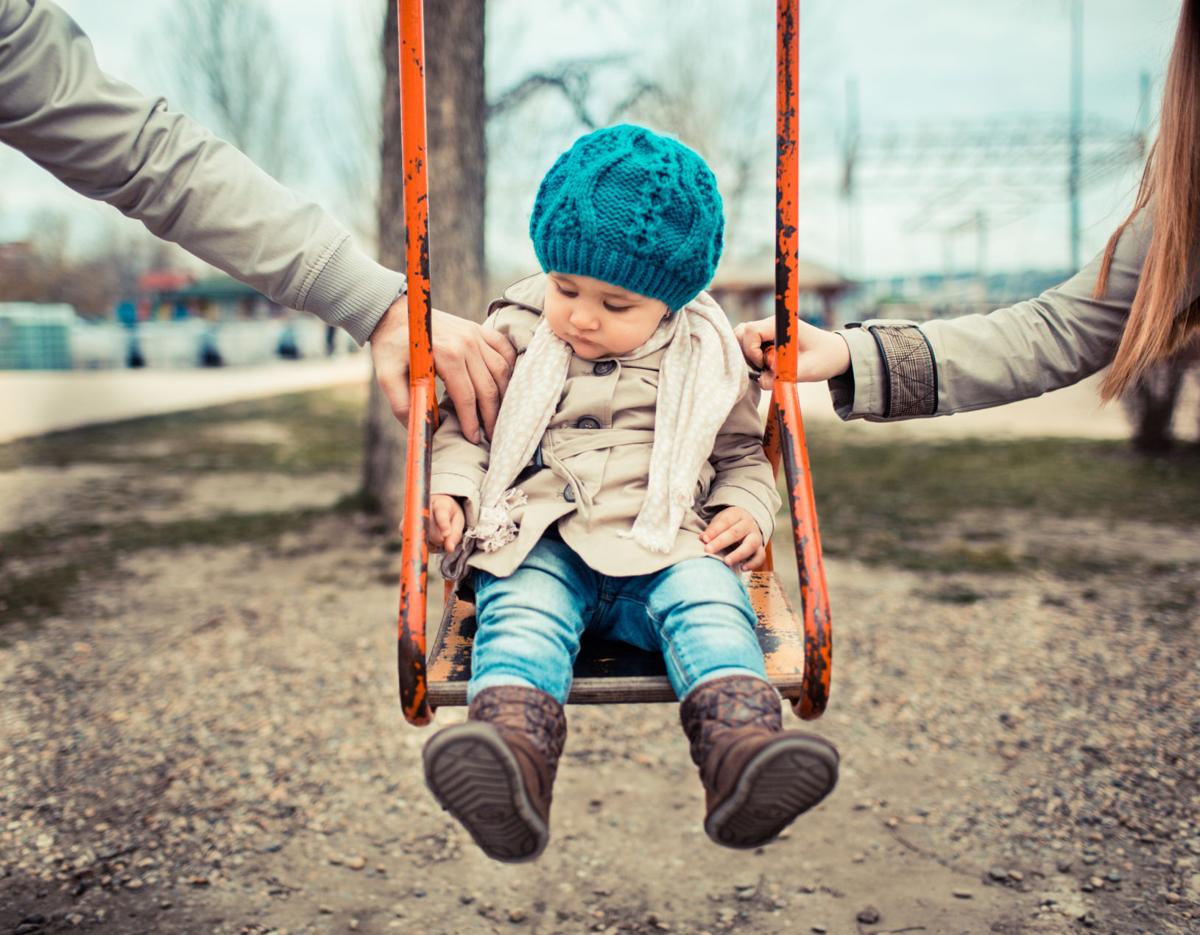 While navigating a divorce or separation, it's important not to put children in the middle and to refrain from bashing your spouse or ex in front of the kids. 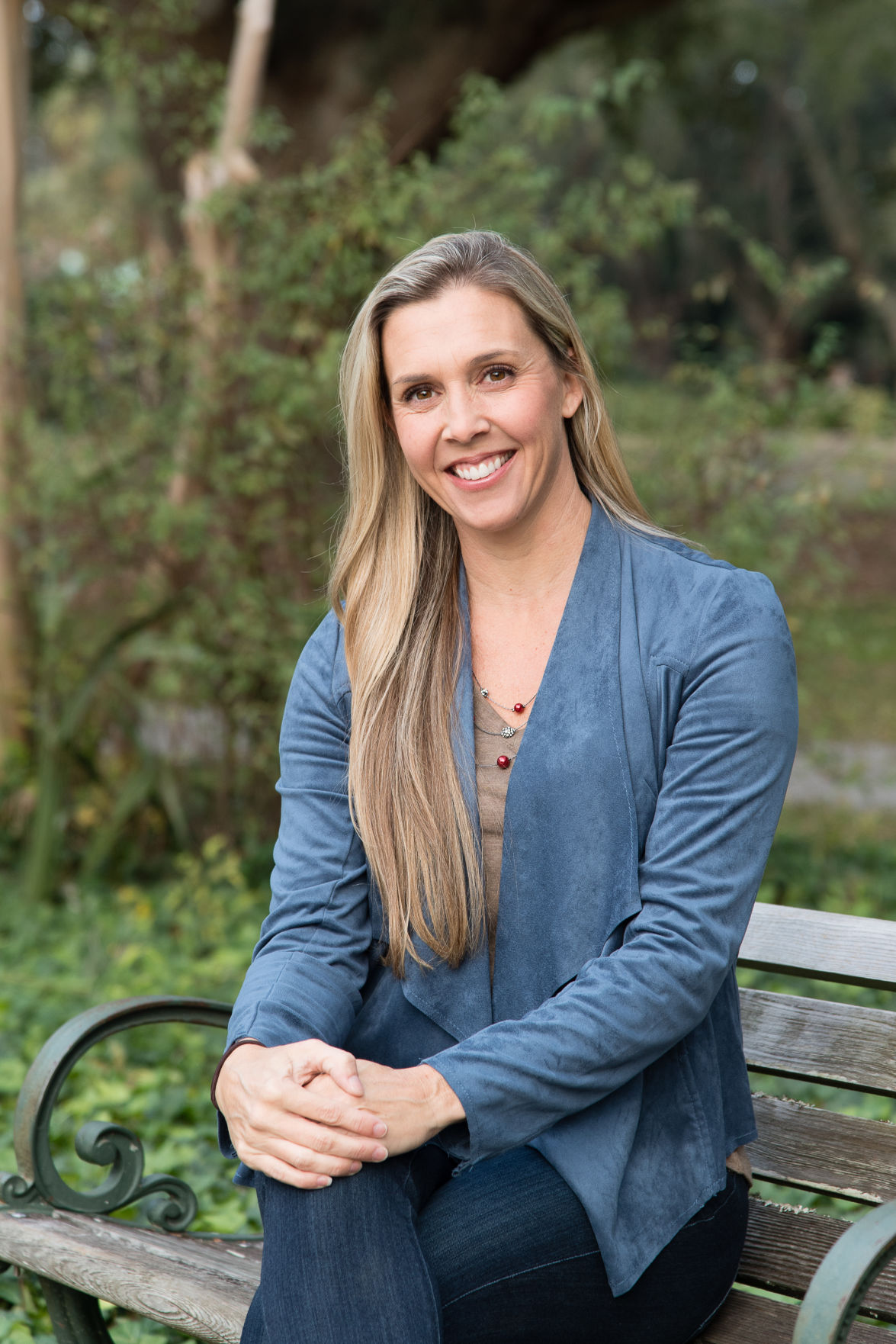 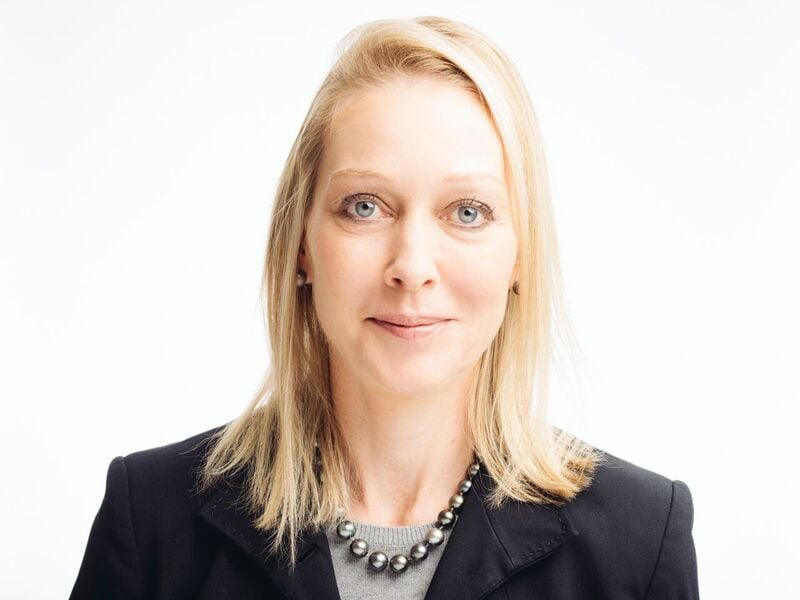 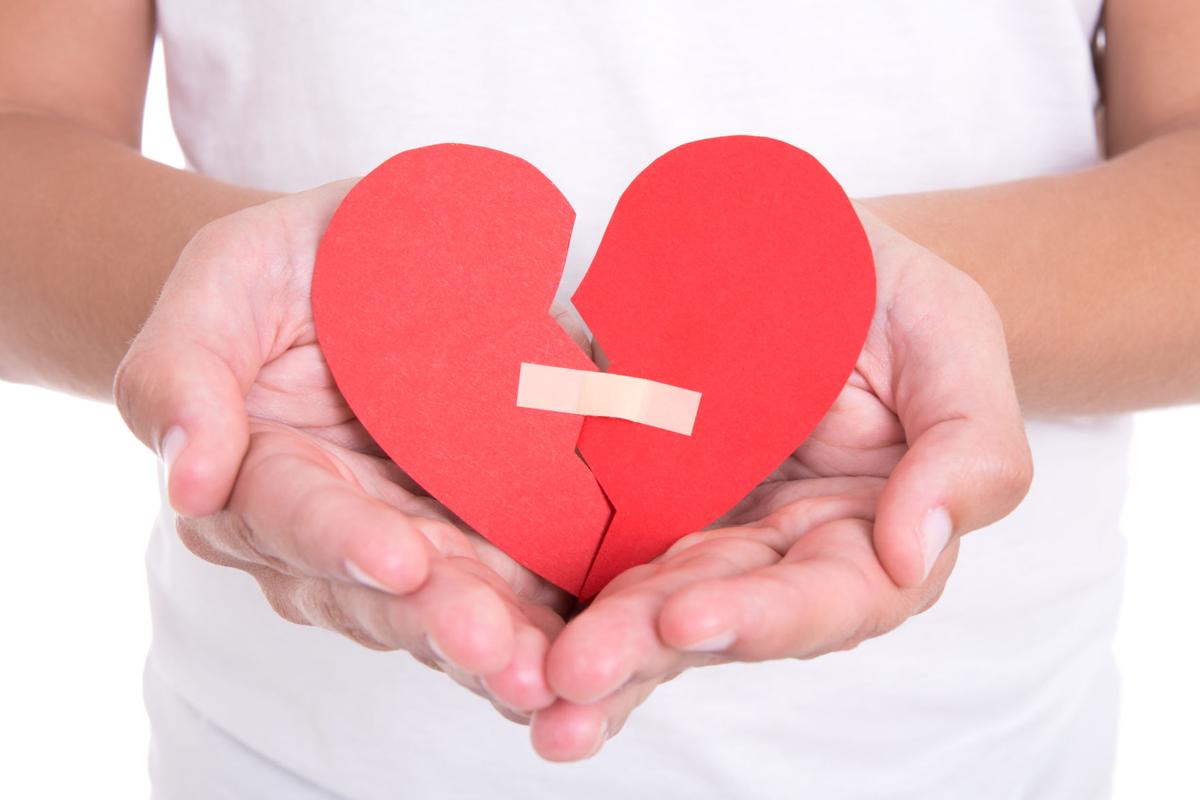 Divorce doesn't have to be a dramatic process. 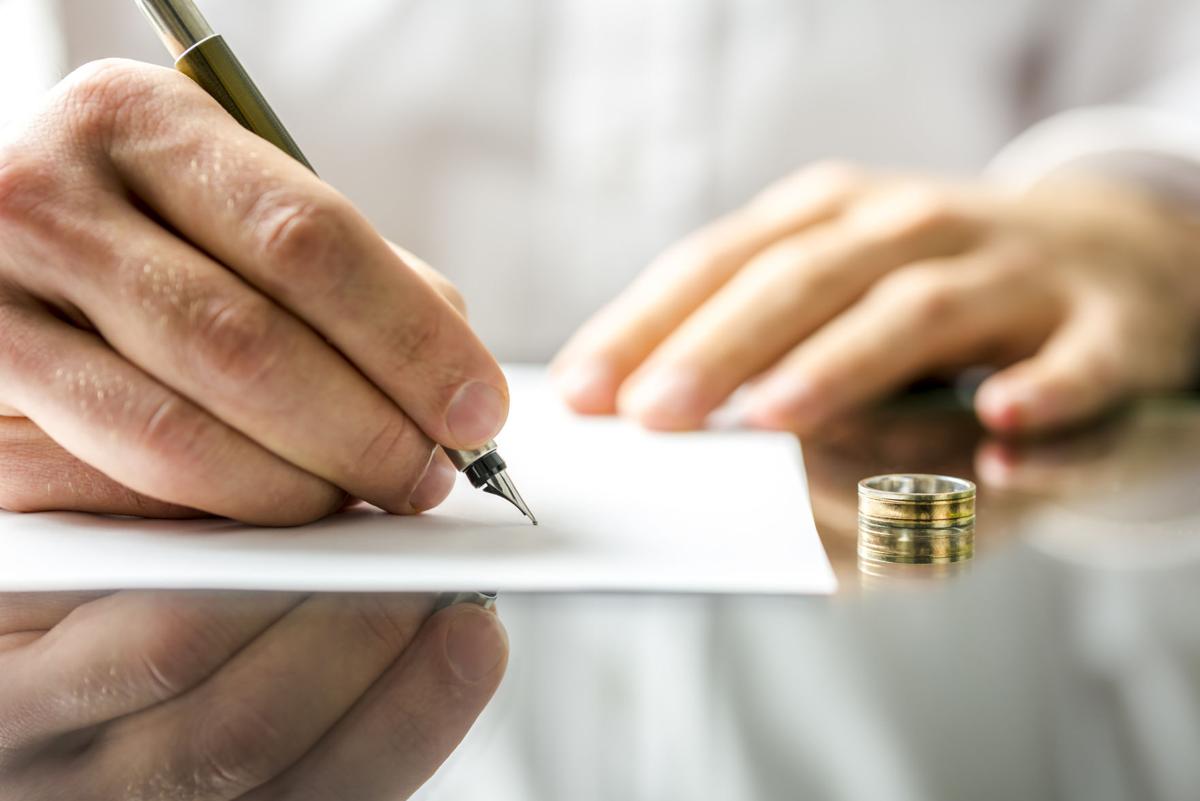 Divorce is a costly process and drawing it out will increase the expense. 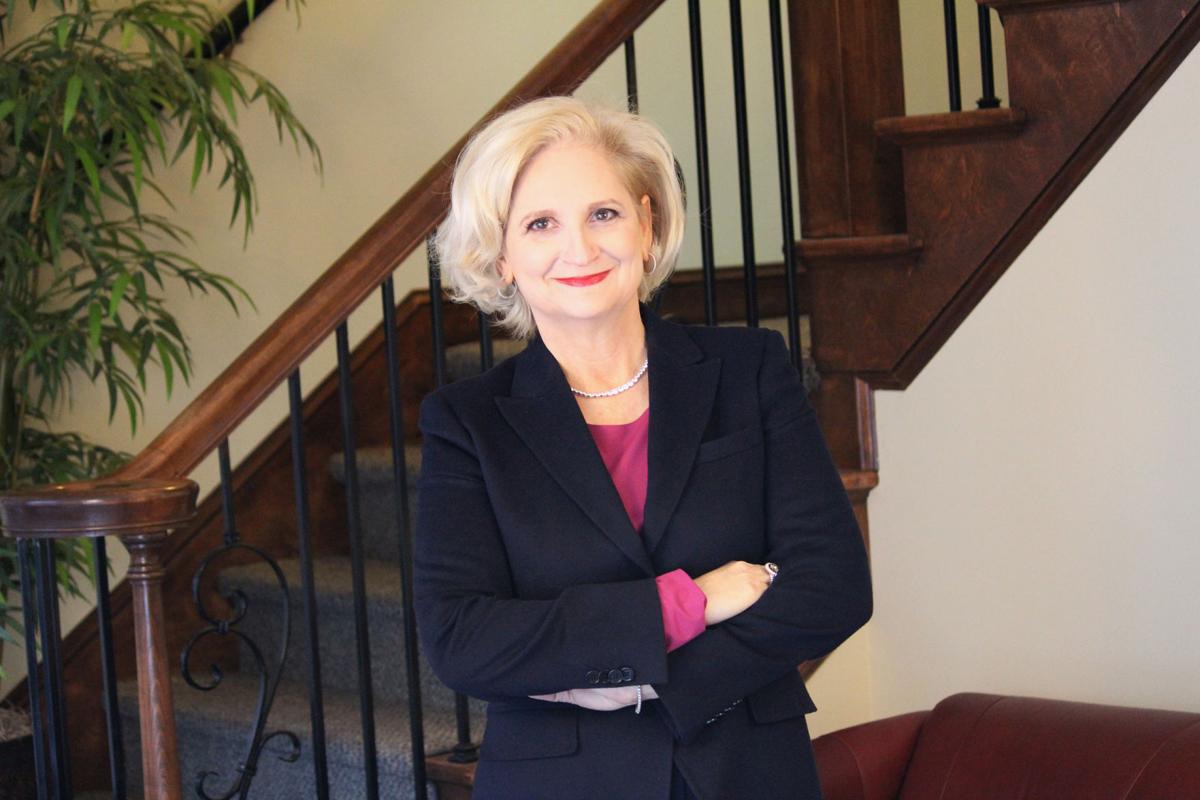 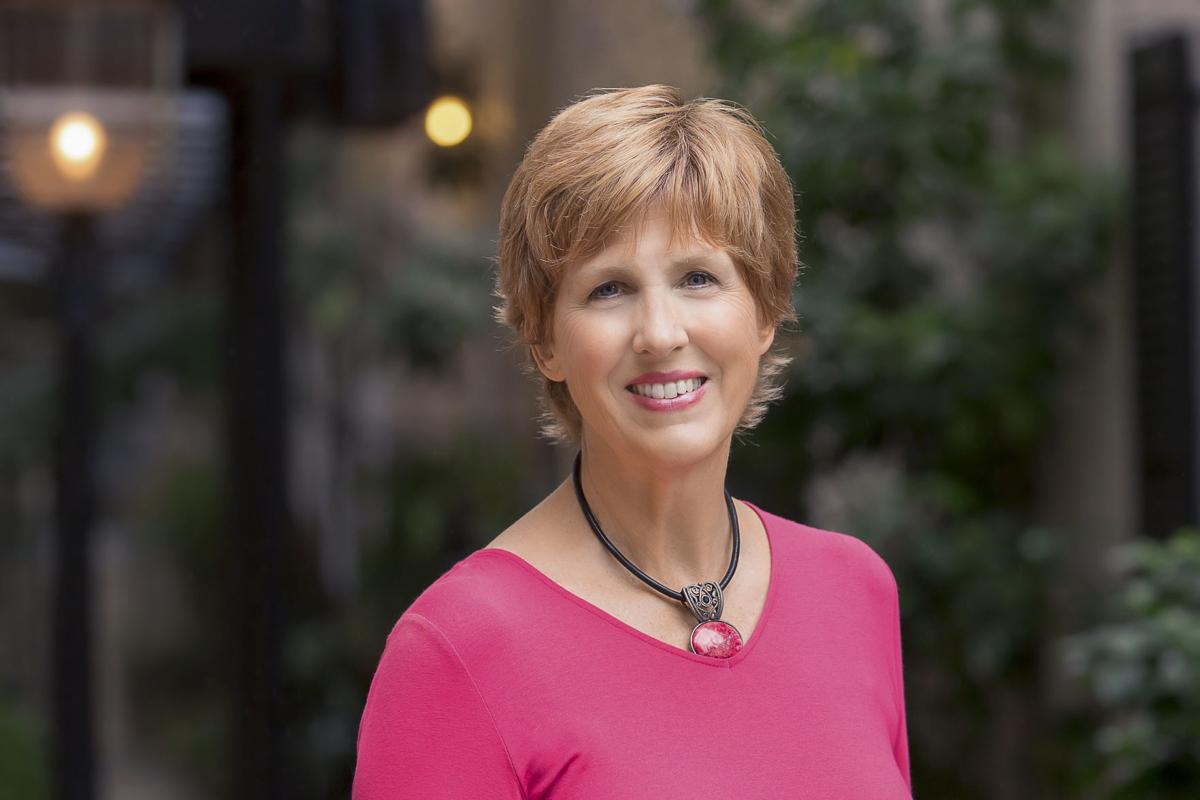 Bonnie Compton is a child and adolescent therapist, parent coach and author of "Mothering with Courage."

While navigating a divorce or separation, it's important not to put children in the middle and to refrain from bashing your spouse or ex in front of the kids.

Divorce is a costly process and drawing it out will increase the expense.

When Kristen Whitehead separated from her husband, her son was 2 and her daughter was 5. They were too young for all the details, but the one thing Whitehead made sure to reinforce was that their mom and dad loved them, and the separation had nothing to do with them.

She’d seen others go through contentious divorces that were all about winning, and Whitehead did not want to go down that path.

“I was not going to fight about money,” the Mount Pleasant mom says. “It wasn’t worth the stress to have to think about who was going to get more. I just wanted to move on with my life. I would figure out how to support myself and my kids and live comfortably. I knew I would live in a lot more peace.”

Three years post-divorce, Whitehead’s two children divide their time with her and their dad. On Sundays, they go to church together and occasionally have dinner out, so the kids still feel they have a family, she says.

People may think it’s easy to get divorced, but it certainly wasn’t a decision Whitehead took lightly, she says.

When it comes to separation and divorce, keeping the children out of any disagreements or battles over money, property or custody is of the utmost importance, family counselors say.

Does your child need therapy?

Bonnie Compton, child and adolescent therapist and parent coach, says not all children who go through a divorce need therapy, but parents should be mindful of behavior or personality changes that might warrant calling a counselor.

Signs to look for:

“Don’t bash the other parent – I can’t stress that enough,” says Bonnie Compton, a child and adolescent therapist. “That other parent is still your child’s mom or dad and it’s the only one they have. You don’t ever want the child to feel caught in the middle and feel like a pawn. If you feel the need to bash your ex, go talk to a friend.”

Compton says the impact of a divorce is huge, but there can be healthy divorces that make a difficult situation a little less challenging – especially for the children. But it requires the parents to set a good example and foster open communication.

“Parents can be the role model on how to navigate changes in the family and how to have healthy relationships,” Compton says. “When you’re getting divorced, you’re focused on your own emotional needs and it’s difficult to focus on others, and yet, we have these children and teens. I see a healthy divorce as one in which the kids and teens are supported and allowed to express what they are feeling.”

When explaining the divorce, Compton says parents need to take into consideration the child’s age and developmental level. A 5-year-old child will process the information much differently than a 10-year-old or a teenager.

Compton says parents should let the children have their feelings – even if they get angry or lash out. Parents shouldn’t take it personally and simply remember the child is grieving a loss and needs to express his emotions.

Encouraging the child to journal or draw is helpful as is letting the child talk with another family member or a school guidance counselor, Compton says. Children want to protect their parents so giving them another adult to talk with allows them to speak freely.

While not every child who goes through a divorce will need therapy, Compton says it’s something parents can offer so the child knows it’s an option.

Keeping the family drama to a minimum is Marie-Louise Ramsdale’s goal. As managing partner at Ramsdale Family Law Firm in Mount Pleasant, Ramsdale says there’s no need to have a “Real Housewives of New Jersey” divorce. The drama is usually unnecessary, plus it’s hard on the kids and can get extremely expensive.

The average divorce--involving custody, some assets and maybe child support or alimony--can cost $7,500 to $25,000. A contested divorce, Ramsdale says, can run into the hundreds of thousands of dollars.

It’s important for people to understand the circumstances of each divorce case are different, so don’t expect the same outcome as your best friend’s divorce, she says.

One way to have a positive outcome is by selecting an attorney with experience in family law and one you can trust, Ramsdale says. She suggests interviewing at least two or three attorneys to find a good fit (expect to pay a consultation of the attorney’s hourly rate – usually $200 to $500). Also take note of whether the attorney is on time for the appointment and is focused on the meeting.

Talking to an attorney even when you think divorce is imminent is a good idea, Ramsdale says. It gives you the information you need to plan ahead and make better decisions.

“It took you months to plan a wedding and it cost you a lot of money. A divorce is the same. It’s a disentanglement of something that took you time to plan and a lot of money to do,” she says. “One of the biggest regrets people have is that they didn’t have a lawyer and just signed whatever.”

Time to call in a mediator

Most divorce cases don’t end up in court, but they may need mediation to settle differences over custody, alimony or the division of assets.

Emily Johnston is an attorney and mediator at Johnston Family Law in Mount Pleasant. South Carolina law requires couples to go through at least three hours of mediation before their case can go to trial. About 95 percent of cases end up settled during mediation.

It’s still an expensive process, Johnston says, but a trial can get even more costly. Mediation typically runs between $200 and $400 an hour, which is split between the two parties. Johnston says mediation usually takes a full day with the goal of getting a signed agreement and everyone walking away mostly happy.

“No one will ever get everything they want,” she says.

Because mediation can be expensive, Johnston recommends settling as much as possible before that point, such as custody holiday rotations, which follow a pretty standard schedule in South Carolina. Save the mediation meeting for things like alimony or how to divide a business that was started during the marriage.

“It’s important for people to understand getting a divorce or separation is a process,” Johnston says. “It’s not impossible, but it’s not an easy process. It takes a lot of patience, fortitude and a little bit of courage to get through.” LCP

Tips for dating after divorce

At some point after a divorce, one or both parents will likely dive back into the dating scene. Dating can be tricky enough, but when there are children in the picture, it adds a whole new level of complexity.

Candra James, a licensed professional counselor with Charleston Counseling Center in Goose Creek, says parents should always emphasize that a new significant other will not come between the parent and the child and won’t take any time, love or attention away from them.

James cautions parents against introducing a new love interest to their children too soon. If you’re casually dating, a child shouldn’t meet those people, she says. It can be confusing for children to have different people coming in and out of their lives – particularly if they form an attachment to someone and the relationship doesn’t work out.

Bonnie Compton, child and adolescent therapist and parent coach, says parents should give any new relationship at least six months before introducing a new partner to their children. Then, introduce them as a “friend” rather than a “boyfriend” or “girlfriend.”

“Look at what you learned from your marriage – what worked and what didn’t,” she says. “Many people jump right back into the same thing. They are trying to fulfill a need and looking for someone else to complete them, so they go right back into a very similar relationship.”