You have permission to edit this article.
Edit
Home
Things To Do
Articles
Directories
Education Directories
Contests
Mom’s Choice
Advertise with us
Photo Gallery
Sponsored Content
e-Edition
1 of 3 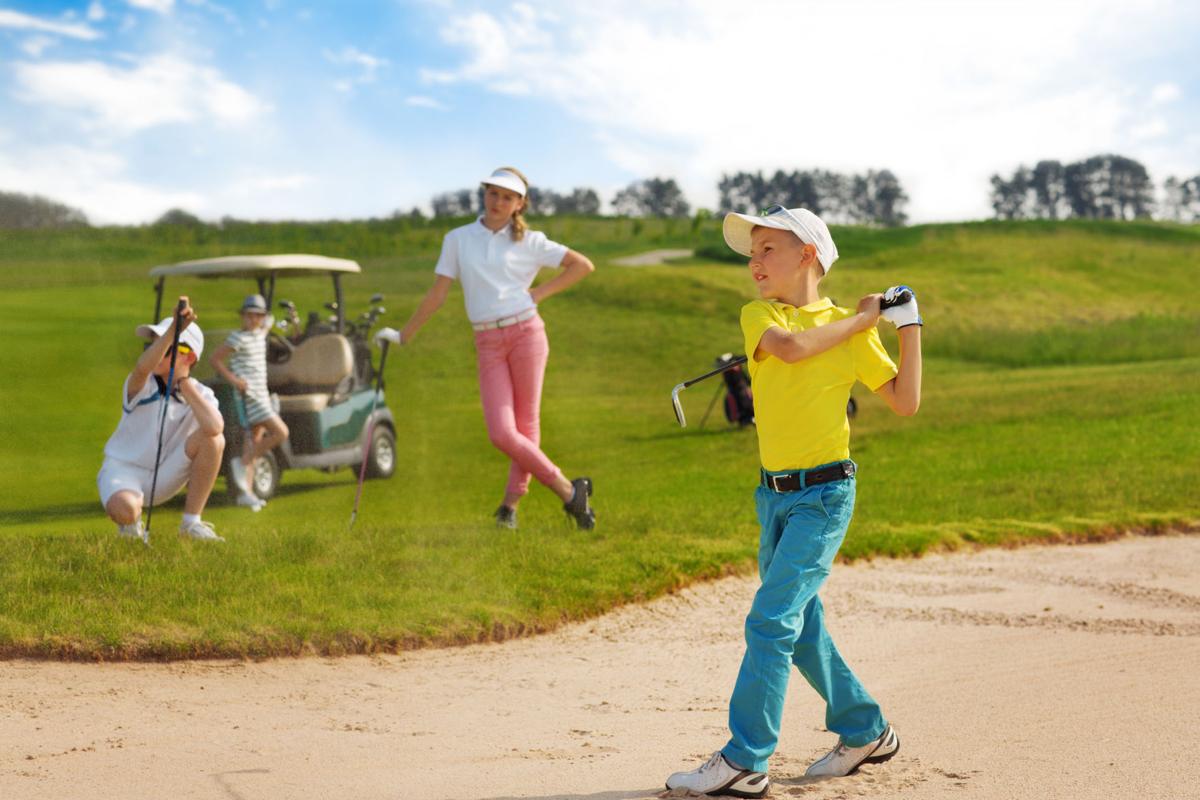 With public swimming, golf and tennis facilities available, the area is ripe for participation in individual sports that often appeal to more academically minded athletes who are strong self-starters. 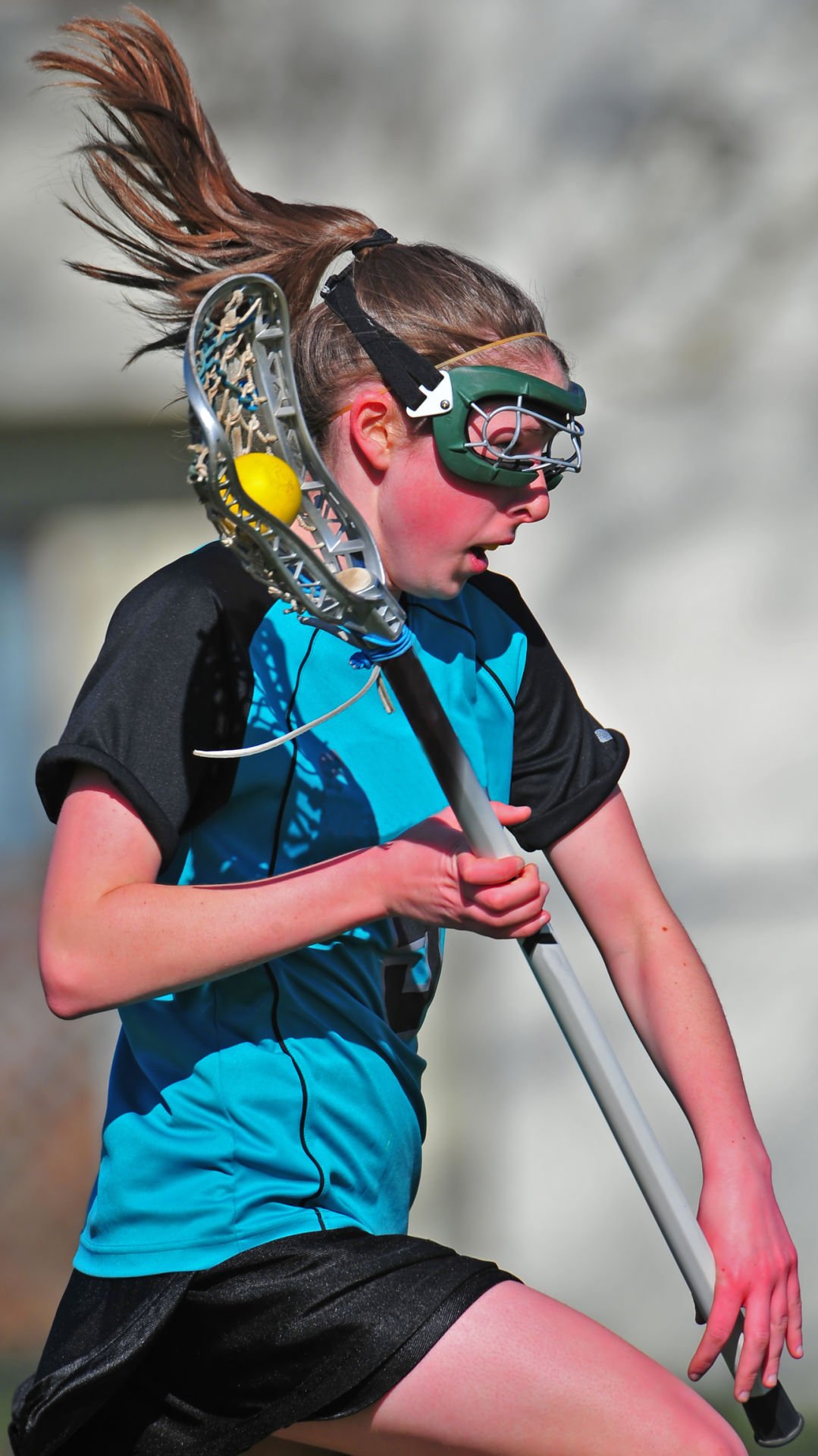 According to local experts, it’s better for a kid’s psyche to start low and get bumped up, rather than begin too high and risk getting bumped down. 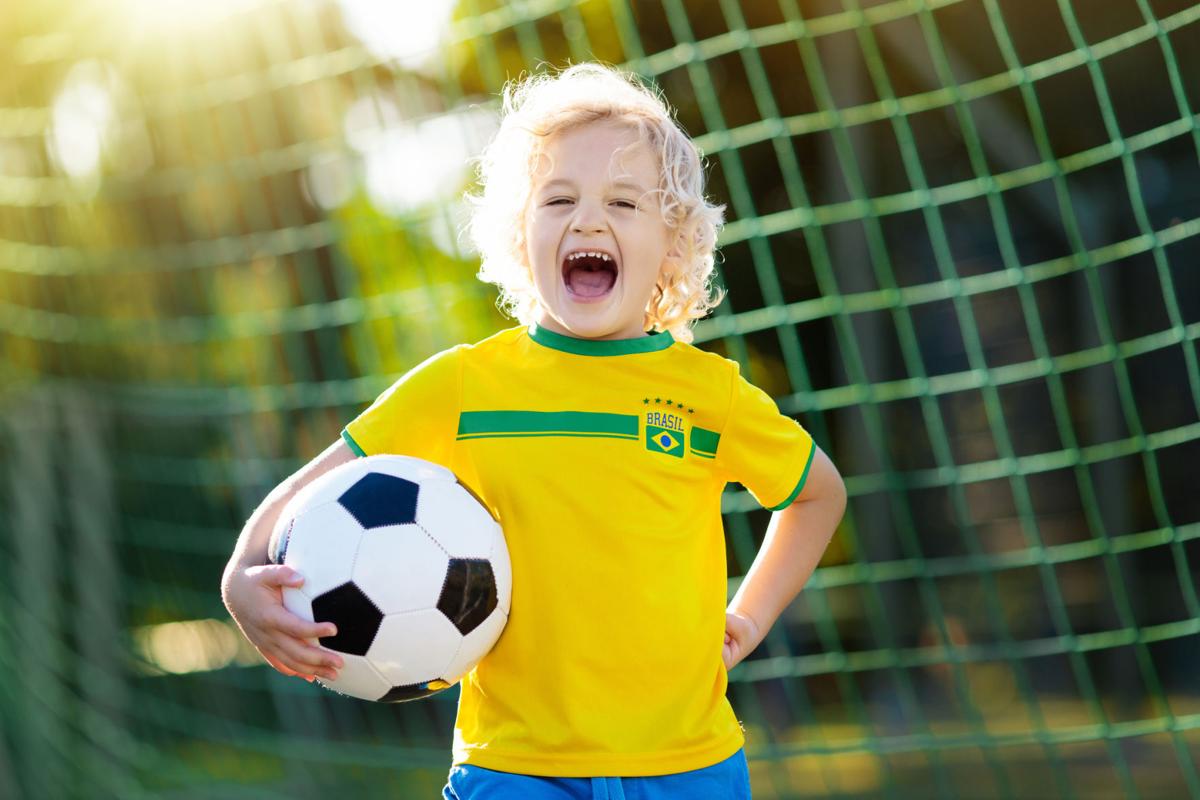 Helping kids get started in sports, and perhaps find something they truly enjoy, can take trial, error and patience.

Matt Hansen’s daughter competes as a high-level gymnast, having fallen in love with the sport after she first learned how to tumble. She skips birthday parties because she’d rather be at practice, showing levels of athletic dedication and aptitude many parents hope to see in their own children someday.

When asked how he gets her to do it, her father has a simple answer.

“I just drive her to practice and drop her off,” Hansen says. “I don’t get her to do it. She’s always loved it, from a young age, and wanted to do it more and more. It has to be organic.”

That’s a mantra Hansen repeats often in his job as division chief for athletics at Mount Pleasant Recreation. Many parents yearn to see their children become standouts on the athletic field, and perhaps even earn a college scholarship. And yet, for that first T-ball game or junior tennis event to evolve into anything else, another ingredient has to be there as well.

“A child has to love it and really want to do it,” Hansen says. “People are looking for high-level scholarship athletes, but I believe you have to start with the passion. You have to have a child that loves that particular sport and really wants to get better at it. I think it has to be driven by the athlete and not the parent, and then you take it from there.”

For many kids, playing sports is as much a part of the childhood experience as riding a bicycle. In the Charleston area, options abound, especially with public swimming pools, public tennis facilities and even a public golf course available. Local recreation departments offer a wide selection of sports at an affordable cost.

“You really don’t have to dial it in at 13,” says Laurie Yarbrough, director of recreation for the city of Charleston. “Your child is going to continue to grow and mature and evolve, and will find the sport they enjoy the most, for different reasons. I think it’s a matter of what works for your child, and exposing them to as many things as possible.”

When it comes to concerns over concussions, the football numbers at Mount Pleasant Recreation tell the story.

“It is a huge concern, and it’s something I see more in the participation numbers in tackle football and in phone calls with people asking me questions,” says Matt Hansen, the department’s division chief for athletics. “There’s a lot of knowledge out there and a lot of attention brought to concussions, and rightfully so. … The numbers have shown that especially in the younger age groups, there are not as many people (playing football), and I get that.”

Football is the leading cause of concussions in youth sports, with 60 percent of concussions at the high school level being football-related. But girls’ soccer ranks second among youth sports in concussions, with female soccer player suffering almost 40 percent more annual concussions than males, according to the Youth Sports Safety Alliance.

“It could be a difference in how their brains react compared to male athletes, and it could have something to do with female athletes being more likely to admit the injury to a coach, parent or athletic trainer,” says Mount Pleasant orthopedic surgeon Dr. David Geier. “Having said that, we know that female athletes have more symptoms after a concussion, and it generally takes them longer to achieve full resolution of symptoms from the injury.”

After football and girls’ soccer, boys’ soccer has the next-highest concussion rate, according to the Cleveland Clinic. Charleston’s recreation department has banned heading in its soccer program as a result, and taken other steps to limit concussions such as offering flag football to older ages, limiting practice times to limit the number of hits that football players take during a week, and getting coaches certified in USA Football’s “Heads Up” safety program.

“We hear loud and clear that parents of children under the age of 14 are concerned about concussions and head injuries, and research shows we should be,” says director Laurie Yarbrough. “If parents choose not to sign up for tackle football and instead sign up for flag football or soccer in the fall, we get that. That’s why we have other alternatives.”

Lacrosse is also a sport that presents an increased concussion risk, according to studies. Geier, also a sports injury expert, advises athletes and parents to know the symptoms, such as headaches, nausea, dizziness and blurry vision, and ensure that affected athletes don’t return to competition too soon.

“I think concussions are a serious concern, but parents don’t need to hold their kids out of most sports due to fear of them,” Geier says. “The key is teaching kids to take them seriously.”

Many great athletes spent their youth playing everything under the sun. NBA star LeBron James played football as well as basketball, while baseball slugger Mike Trout also played basketball. But youth sports still fight the trend of specialization, or kids playing one sport year-round, which increases the chance of overuse injuries.

“When you play any sport, there are stresses to certain parts of the body,” says Dr. David Geier, an orthopedic surgeon with Sports Medicine Specialists in Mount Pleasant. “By playing different sports throughout the year, a child moves those stresses to different parts of the body. Certain body parts rest while others absorb the demand of the sport. By moving the stresses around throughout the year, he or she is less likely to develop an overuse injury to any one part of the body.”

His sentiment is echoed by recreation professionals. “More and more, folks are focusing on a single sport at an early age,” Hansen says. “I suggest that people try different things, wait until a later age, and let the child develop a passion for something before you consider specializing.”

Especially since the prominence of video games and smartphones means kids spend more time inside, and don’t always learn basic fundamental sports skills like agility and balance. By focusing on basics — say, learning to dribble basketballs rather than playing basketball — rec departments hope to cultivate a love for playing that can lead to more serious athletic endeavors later on. Charleston has a skill development program for kids as young as 3.

“You can always tell when the third child from a sports family comes along, because that kid is ready to go,” Yarbrough says. “But you have other children who maybe aren’t raised by parents who played a lot of organized sports, so those kids don’t come with the same skill set.”

When a child moves from 11- and 12-year-old youth baseball to the 13-to-15 age group, the whole game changes. Advanced aspects like pitching and base running become more important, and it’s not uncommon for a child who might have thrived at the lower level to suddenly realize how limited his skills are when surrounded by older, better players.

Unlocking that fun, which, after all, is what it’s supposed to be all about, is key to it all. Low fees entice kids to try as many sports as possible. Hansen advises against overestimating a child’s ability and placing them in an older age group; it’s better for a kid’s psyche to start low and get bumped up, he says, rather than begin too high and risk getting bumped down.

And with public swimming, golf and tennis facilities available, the area is ripe for participation in individual sports that often appeal to more academically minded athletes who are strong self-starters. “There’s great value in being part of a team, and there’s also value in being responsible, for lack of a better term, for everything that happens on the court,” Hansen says. “There’s a certain satisfaction there.”

Public facilities help debunk the myth that only those who grow up around country clubs can pursue sports like golf and tennis. And most individual sports can be enjoyed for a lifetime as a basis for fitness and exercise, building on the fundamental goal of youth sports: getting kids active, and keeping them that way.

“We’re really trying to build a love of activity, where you can bond with other people,” Yarbrough says. “One of the things we really try to focus on is offering opportunities for everybody, and having them at a price point everyone can afford so that’s not a barrier for the kids.” LCP

Counting on a college sports scholarship? Have a backup plan

A dream of many athletes, and of many of their parents as well, is to compete in sports at the college level, and have school paid for at the same time. And it’s a great dream if only pesky reality didn't get in the way.

College sports scholarships are rare. Only about 2 percent of high school athletes receive them, according to CBS, and most of those scholarships are not full rides. Some NCAA sports have woefully small scholarship limits, leading to the reality of college athletes playing and paying their way at the same time.

“Saying that I’m going to spend $10,000 a year on travel soccer and it’s going to pay off because my child’s going to earn a scholarship, that’s not really it,” says Laurie Yarbrough, director of the city of Charleston Recreation.

But that doesn’t stop kids and parents from hoping to the point where college scholarship dreams sometimes dictate what sports even young kids are enrolled in. “In my opinion, people are thinking about scholarships far too early, and they’re having too much of an emphasis in what these kids are doing,” says Matt Hansen, division chief for athletics at Mount Pleasant Recreation.

“You’re not going to know until they’re in high school, in my opinion, when everybody catches up in their growth and they’re all developed at the same level. And then, do they have the desire? Maybe they loved it at 7 and 8, but at 14, they want to do other things.”

Even minor sports that don’t offer much scholarship money place incredible time demands on athletes, especially when paired with academic workloads. Under NCAA rules, athletes are supposed to spend no more than 20 hours a week on required athletic activities, but USA Today reported that athletes spend much more time on their sports. It’s a huge commitment, especially if you’re getting little or no scholarship money in return.

“The amount of work you put in on the practice court, in the gym, in the weight room, it’s incredible,” Yarbrough says. “And I’m not talking Clemson or Carolina football, I’m talking College of Charleston tennis. I don’t think parents or children can fully wrap their heads around that.”

Often, academic scholarships remain the best bet for athletes in sports with meager scholarship limits, like baseball, golf, swimming and tennis. And sports can help round out a college application, perhaps making students more attractive to admissions departments at elite schools.

“I always tell parents, you want a chance at a college scholarship? Hit the books,” Hansen said. “You’ve got a better chance. Athletic scholarships are hard, and there aren’t a lot of them.”