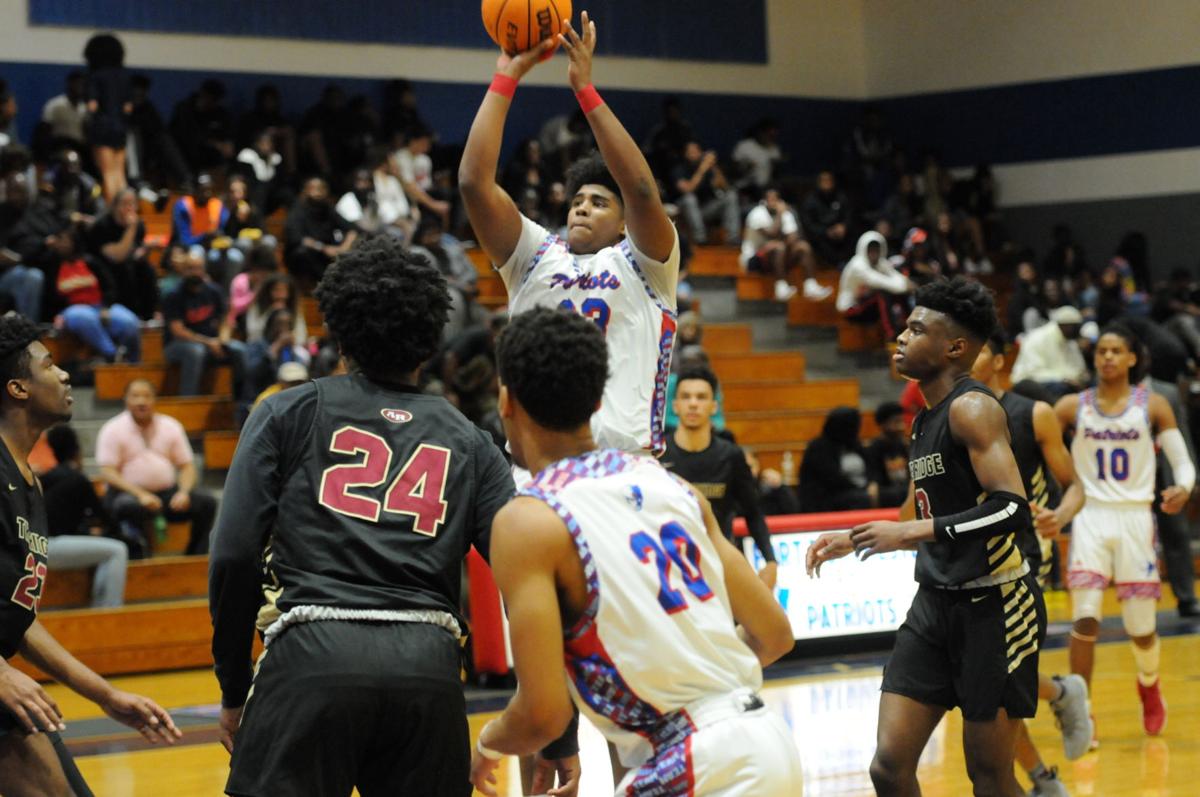 Damari Joyner takes a shot for the Patriots Feb. 11. 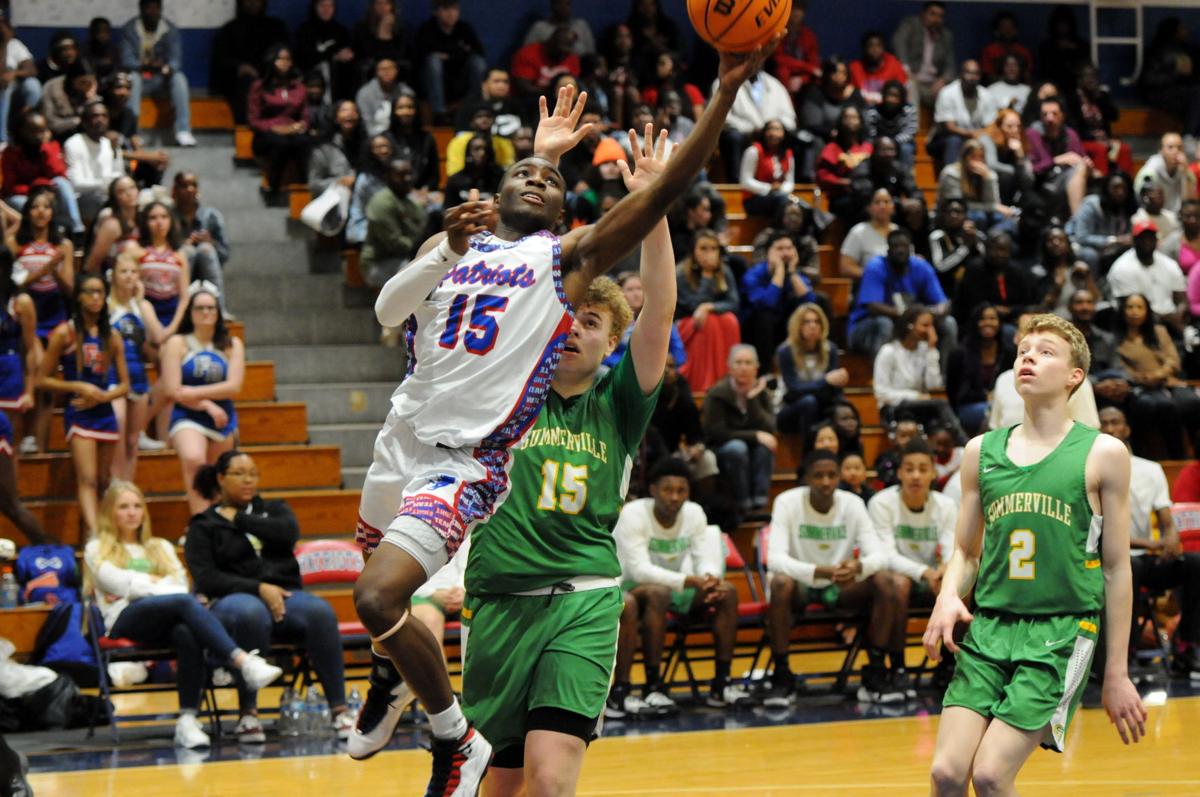 Damari Joyner takes a shot for the Patriots Feb. 11.

The Fort Dorchester Boys Basketball team defeated both of its cross-town rivals last week to clinch home-court advantage for the playoffs.

The Patriots handed Ashley Ridge a 57-53 loss in double overtime Feb. 11 and topped Summerville 68-54 Feb. 14 to improve to 18-5 for the season with a 6-2 mark in Region 8-AAAAA. Since Ashley Ridge also finished its schedule with a 6-2 mark in the region, the teams will share the 2019-20 region championship. Because the Patriots beat the Swamp Foxes twice this season, Fort Dorchester earned the region’s top playoff seed and will host through the state semi-finals or until it is eliminated.

The Patriots open the playoffs at 7 p.m. Feb. 19 when they host White Knoll. The winner of that game will advance to face Wando or Carolina Forest Feb. 22 in the second round.

Against the Swamp Foxes, the Patriots led for much of the game. However, Ashley Ridge generated multiple bursts of momentum to keep the Fort from putting the game away.

Swamp Fox point guard Hampton Summerhill hit a three-pointer late in the fourth quarter for a 49-49 score that held until the buzzer. Antoine Parker and O’Marion Green made buckets in the final minute of the first overtime period to give the Patriots a lead, but Ashley Ridge’s Trey Gadson scored with a put back with less than five seconds on the clock to retie the game. In the second overtime period, the Patriots received a pair of buckets from post player Demitris McKelvey and didn’t allow Ashley Ridge to score at all.

“I told the guys to just keep doing what you are doing,” Fort Dorchester coach Thomas McElveen said. “Ashley Ridge was trying to be physical with us and I said hey, they are not more physical than us. It’s like a heavyweight fight; when they throw a punch you have to take it and throw one back. They got a couple of baskets at the end, but for the most part we controlled the boards and everything. When they tied the game and then took the lead, our guys didn’t fold. We kept playing.”

Parker finished with a team-high 12 points for the Patriots. McKelvey added 10 points while Temple Simmons added 9 and Green added 8.

“O’Mar is my sixth man and plays off the bench very well,” McElveen said. “He has been big for us and would be a starter at some other schools. Temple Simmons got the start today and the switch turned on for him and he played great.”

Three days later Fort Dorchester jumped out to a 42-31 lead over Summerville in the first half and held on for its second victory over the Green Wave this season. Jhalen Brown led the Fort scorers with a season-high 11 points and made three steals. McElveen said everyone on the team chipped in to ensure the Fort would finish on top of the region.