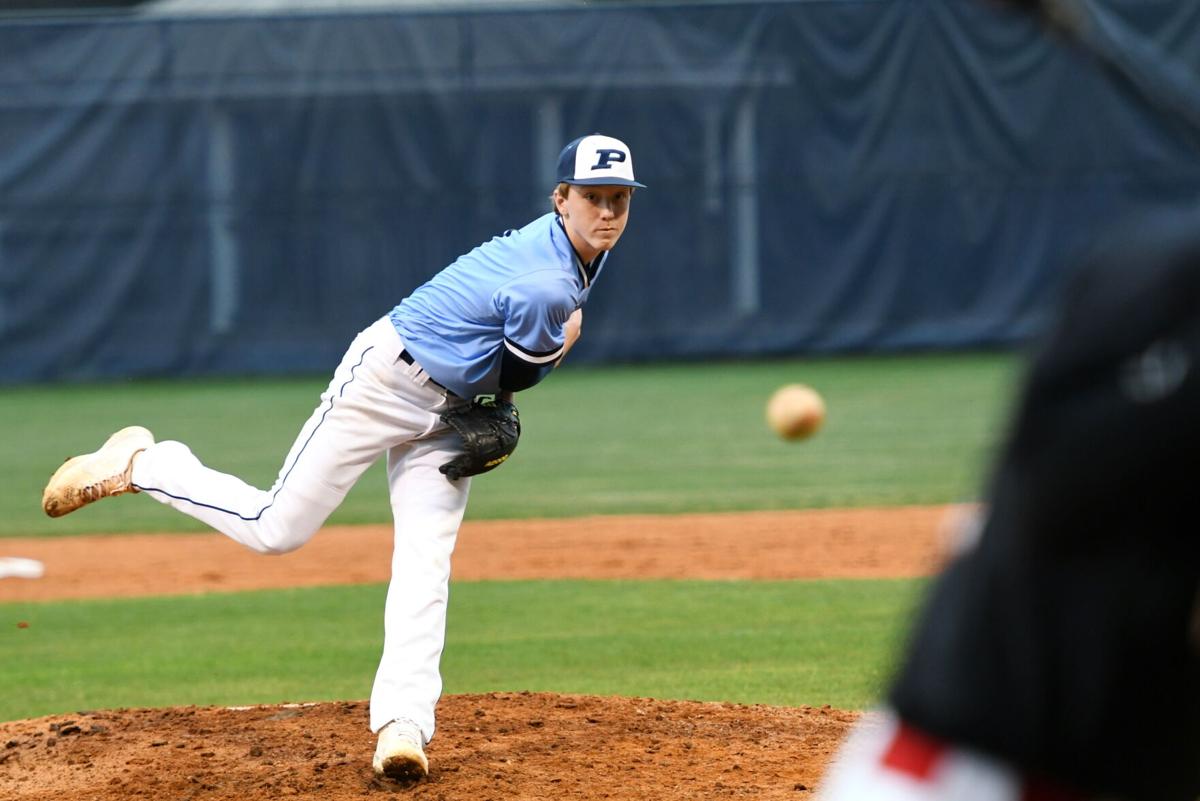 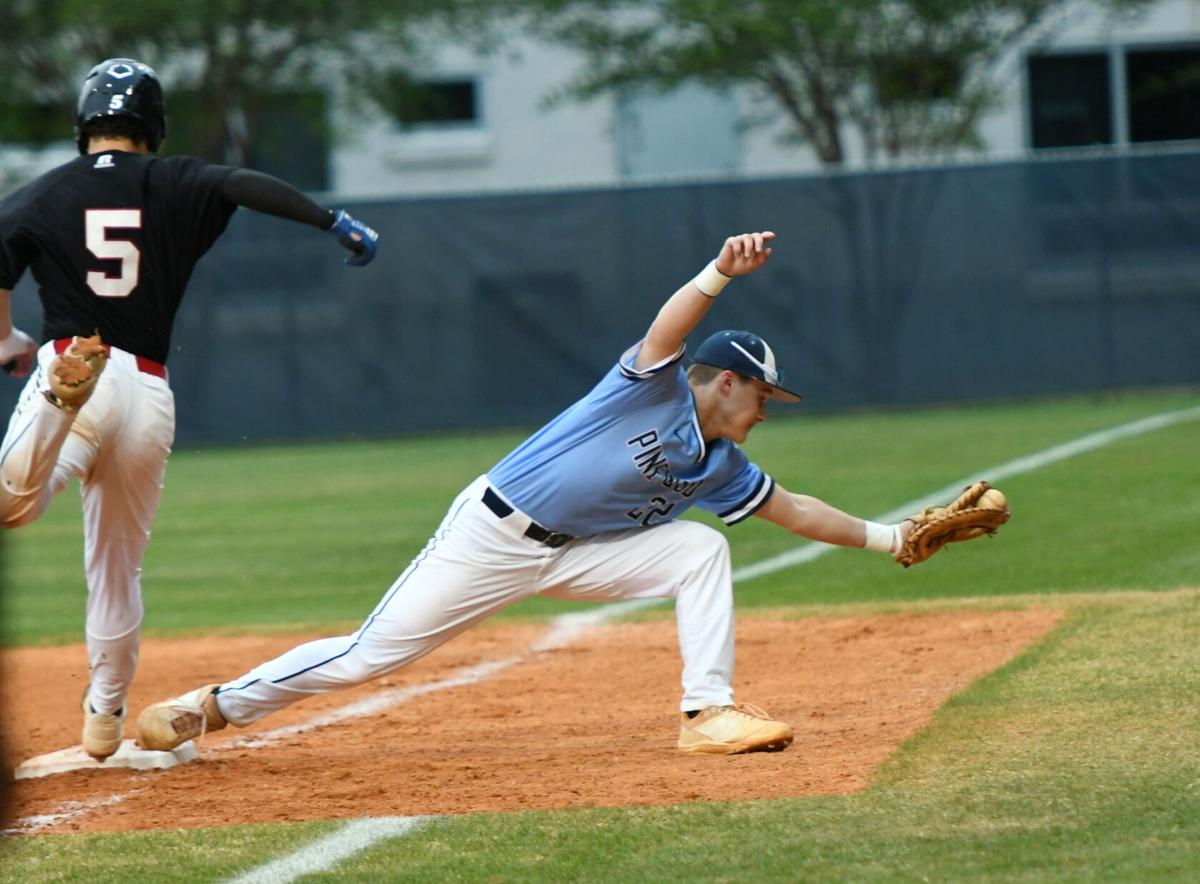 Pinewood Prep senior Matt Morris stretches out to secure an out at first base April 16.

Pinewood Prep senior Matt Morris stretches out to secure an out at first base April 16.

Senior Aidan Bisbano answered the Cyclones’ sixth-inning homerun launched into the scoreboard by blasting his own dinger over the scoreboard to put the Panthers up for good.

Pinewood Prep took a 5-2 lead in the first five innings April 16 before Reis Perry sailed his three-run homer into the scoreboard behind the left-field fence. The Panthers then got the two outs they needed to end the Cyclones’ rally.

TJ Hatchett opened the bottom of the frame with a single and scored when Bisbano smashed his homer directly over the scoreboard for a 7-5 Panthers’ lead. Pinewood added four more runs during the inning off three walks, singles from Lowden Olsen and Luke Hartig, and an error. The Panthers only surrendered one hit the rest of the way to claim an 11-5 victory.

Danny Flatt earned the win on the hill after pitching the first five innings. He struck out nine batters while surrendering only three walks, three hits and one earned run. Garrett Brust and Olsen both threw an inning in relief and combined only surrendered three hits, two walks and two earned runs.

“This is the first game Danny has started all year,” Pinewood coach Jay Buddin said. “He has been hurt but he threw well tonight. The homeruns by Morris and Bisbano were big. Ironically I was going to have Aidan bunt and then they threw him a ball so I took the bunt off. This was a good win and I’m proud of the way we played.”

Matt Morris got things started for the Panthers with a homerun to center field that drove in Noah Cadiz in the bottom of the first. Pinewood added one more run in the inning when Hartig plated Cooper Robinson with a sacrifice line drive.

Pinewood added a run in the third when another Hartig sacrifice drove in Robinson and a run in the fifth when Trey Blume received a bases-loaded walk that scored Morris.

With the victory, Pinewood completed both a three-game sweep of the Cyclones and a 9-0 sweep of their region opponents. Pinewood improved to 17-4 on the season and its undefeated mark in region games secures the Panthers either a No. 1 or No. 2 seed for the SCISA Baseball playoffs.

“Porter battles and they swing it well,” Buddin said. “In our second game with them they were up 7-3 and we came back and scored 11 runs in the sixth inning. Tonight they tied it and we had to fight again. I think this is the first time Pinewood has ever been undefeated in the region. If we can bottle that energy I think we have a chance to make a deep run in the playoffs. Of course we have to stay healthy.”

Pinewood opened its series with the Cyclones April 12 with an 8-6 victory. The Panthers took an eight-run lead in the first five innings, but Porter-Gaud cut the lead to two in the sixth. Then Brust fanned three straight batters to secure the victory.

Robinson had the pitching victory after striking out eight and surrendering only one run during 4.2 innings on the hill. Flatt and Brust closed the game out.

Bisbano had two home runs in three turns at bat. Olsen was 3 for 4 at the plate with 3 RBIs.

The next evening, Pinewood earned a 19-8 victory at Porter-Gaud. After trailing most of the game, the Panthers scored 11 runs in the sixth and three in the seventh.

Hartig pitched the first two innings and Ben Beckwith threw five in relief. Beckwith earned the pitching win after striking out five and allowing only four hits and one earned run.

Both Bisbano and Cadiz were 3 for 4 at the plate with 3 RBIs and combined to score 5 runs. Robinson was 2 for 2 with 3 RBIs and a run scored. Olsen also had 3 RBIs. Hatchett scored 4 runs.

Pinewood closes its schedule with two games against Wilson Hall this week.

“That’s important for (Wilson Hall) because if they don’t win one of those games they probably won’t make the playoffs,” Buddin said.