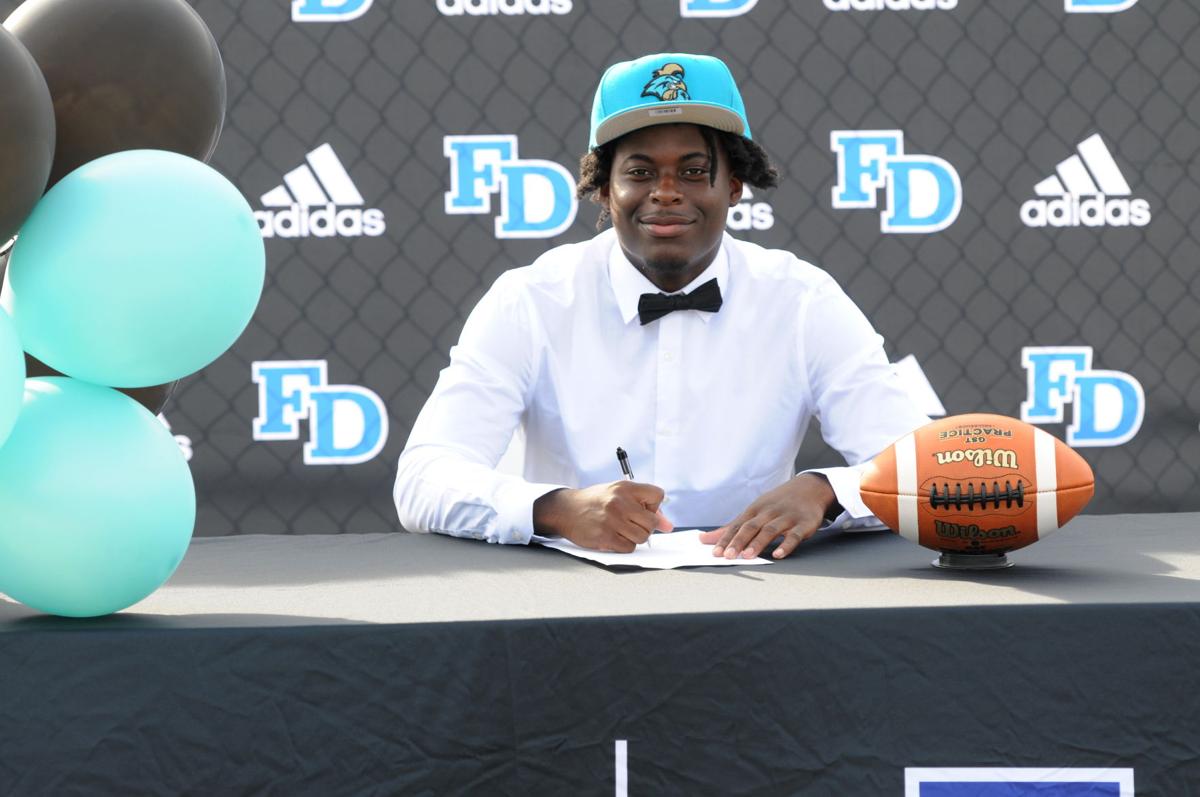 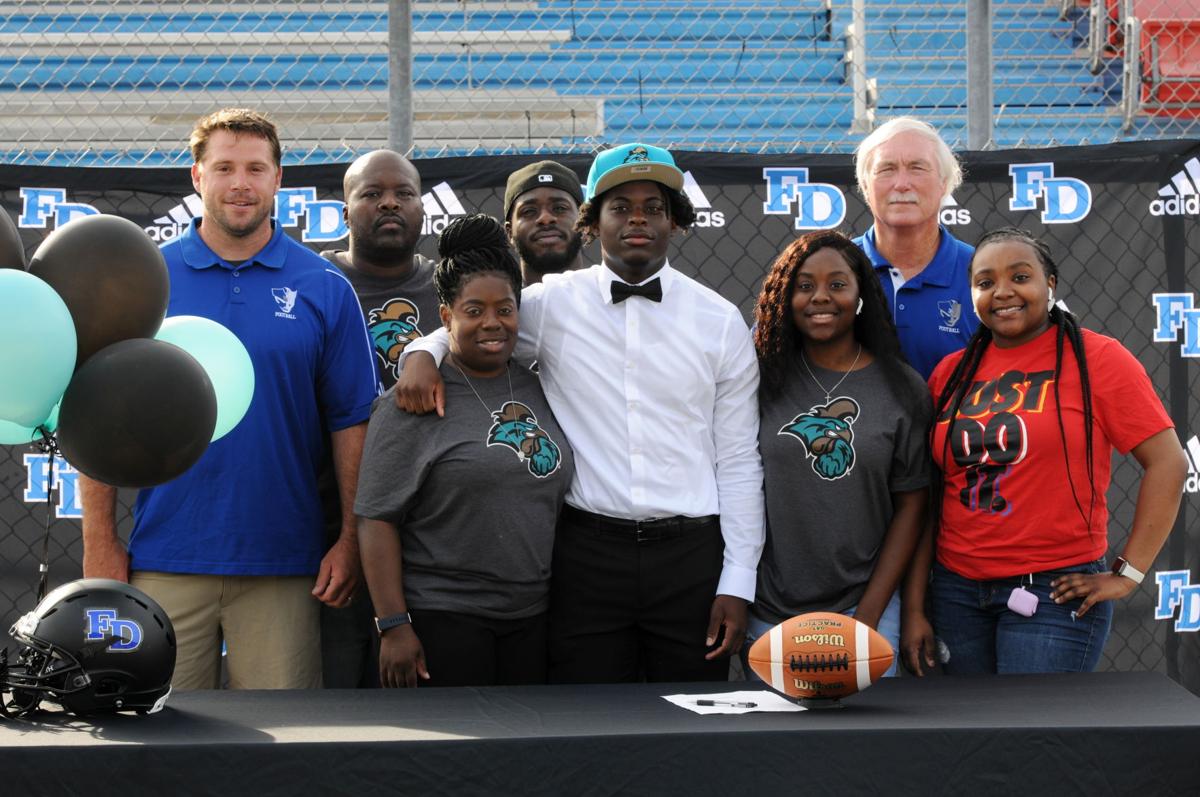 Cameron Mitchell is joined by family members, friends, teammates and coaches May 18 for a signing celebration at Fort Dorchester High School.

Cameron Mitchell is joined by family members, friends, teammates and coaches May 18 for a signing celebration at Fort Dorchester High School.

The Fort Dorchester senior, on May 18, signed a national letter of intent to join the Chanticleer Football team. Mitchell was joined by family, friends, teammates and coaches at Bagwell Stadium for a signing celebration, where he made his choice official.

Mitchell suffered a pair of injuries that each cost him an entire season at Fort Dorchester so he is especially excited about getting the opportunity to play at the next level.

“When I got injured my junior season I thought it was over,” Mitchell said. “But I worked hard and was able to come back for my senior season. Then I got an offer from Coastal and they have a good football program that has sent players to the NFL. Plus the campus is right by the beach so it should be fun. I’m going to go there focused on football and try to earn a starting spot. With schools being closed I’ve been able to get right for college so I’m ready.”

Mitchell impressed the Patriots’ coaches as a freshman, but he missed his sophomore season due to a knee injury. He returned to the team as a junior and blew out his other knee and that forced him to miss another year.

“It would have been so easy for him to give up, but he didn’t,” Fort Dorchester coach Steve LaPrad said. “Coming out of middle school he was probably the most promising football player we had in the district. When we saw him play for Oakbrook Middle School we could tell he was going to be a stud. I’m glad he just wouldn’t give in because he loves the game. He’s a good student and he wants to play. I told Coach (Jamey) Chadwell he will do a great job up there. You don’t see too many 215-pound safeties coming out of high school.”

Mitchell finished the 2019 season among the Patriots’ Top 10 for tackles with more than 30. He tied for second most pass breakups on the team with seven.

He hasn’t decided on a major yet, but says he would like to pursue a career in the medical field.