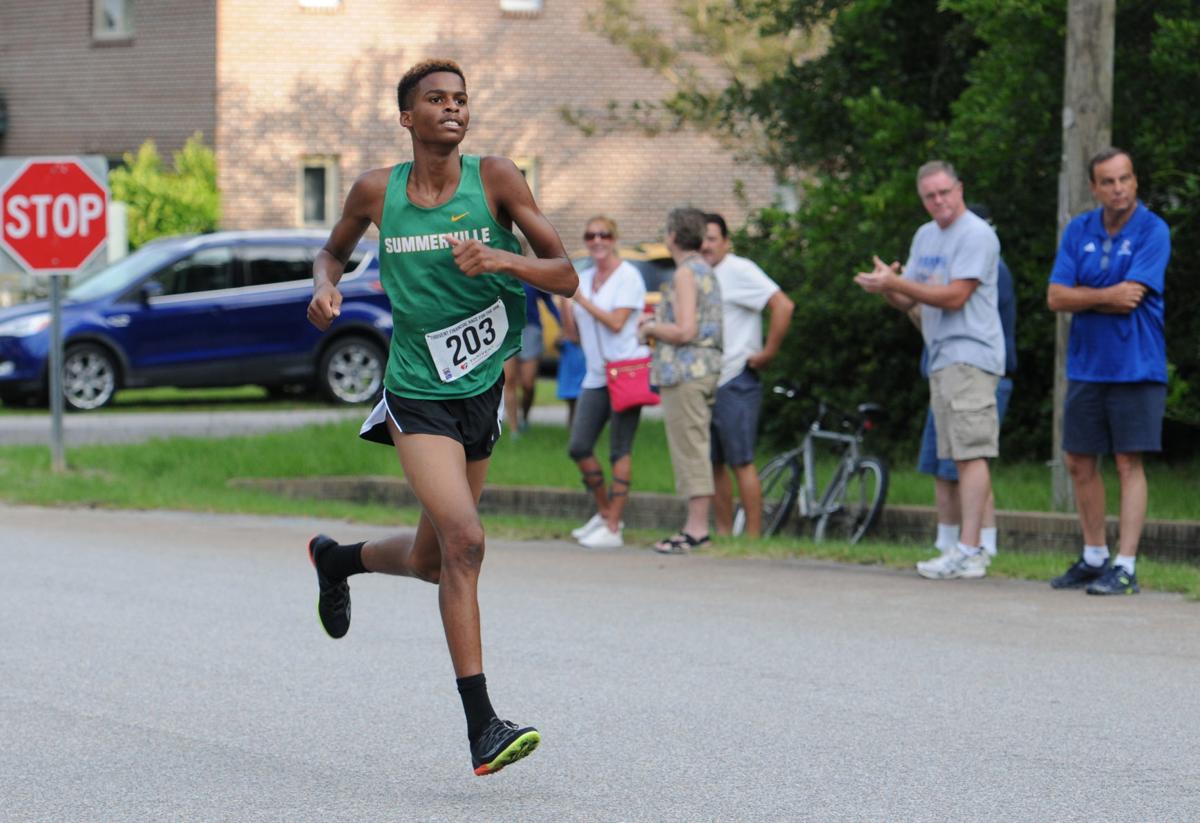 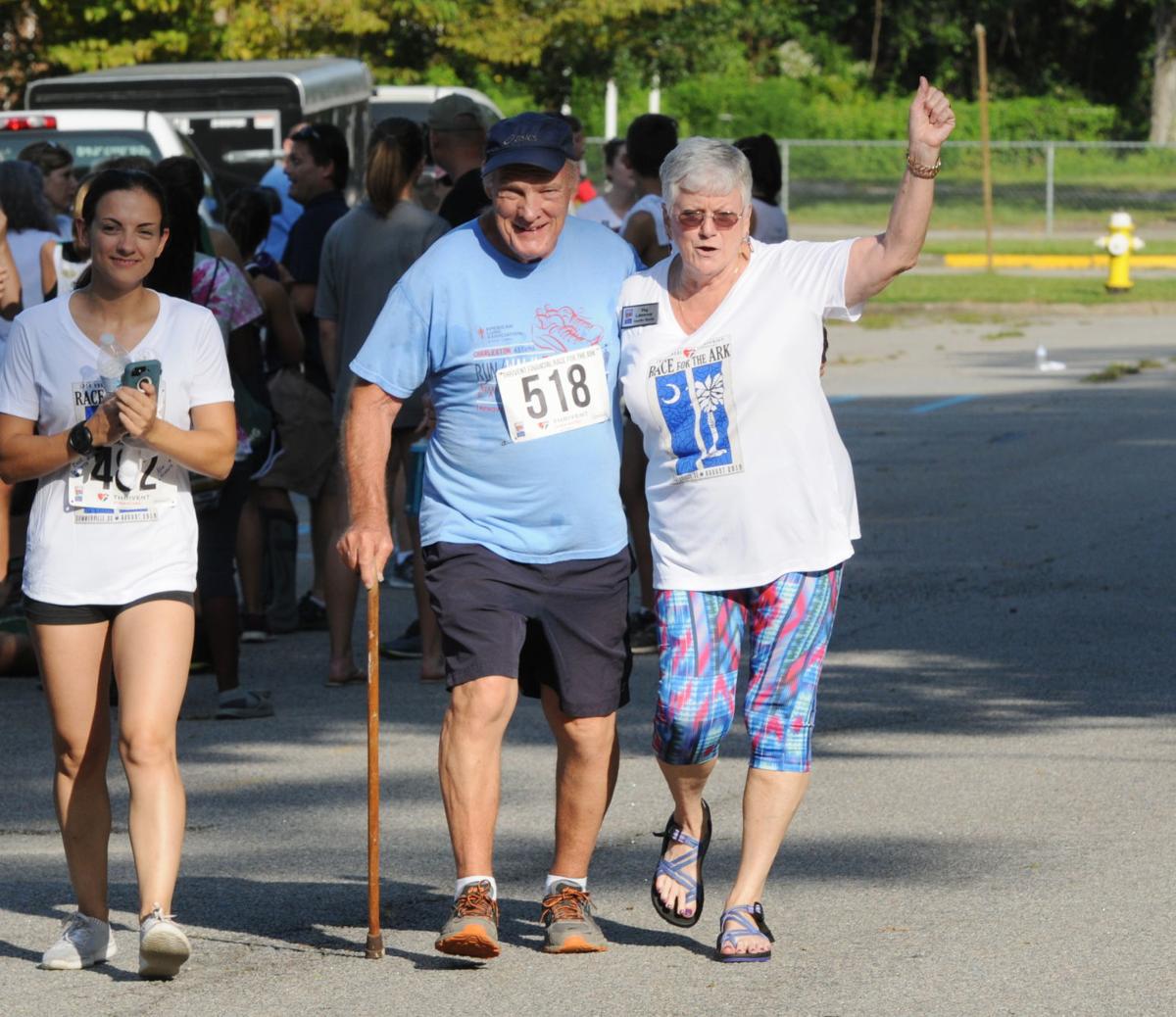 With the assistance of his cane, David Watson finished this year’s Race for The Ark 5K course. Here, Bri Francis and Peg Lahmeyer, executive director of The Ark, escort Watson across the finish line.

With the assistance of his cane, David Watson finished this year’s Race for The Ark 5K course. Here, Bri Francis and Peg Lahmeyer, executive director of The Ark, escort Watson across the finish line.

Lagasca, an all-region runner returning to this year’s Green Wave squad, had a strong start so he knew Woodbury was the only runner who might catch him coming down the home stretch of the race.

“I ran the course 20 seconds faster this year,” Lagasca said. “Once I left President’s Circle I thought I had it in the bag. Noah was about 10 seconds behind me there so I felt good.”

Hannah Moldenhauer of Charleston was the top female, crossing in 19:55 to win the overall female and female age 25-29 divisions. Green Wave runner Lizzie Naval claimed runner-up honors for the females with a 20:39 time while teammate Caroline Raglin placed third with a 21:01 finish. Naval’s time earned her first place in the female 15-19 division.

More than 440 people participated in this year’s 5K. Full results can be found at timinginc.com.

This is the 19th year for the race, which benefits The ARK in its work providing comprehensive support services to families living with Alzheimer’s or related dementia.

“Each year this event grows bigger and bigger and we are so grateful to the community from the Lowcountry and beyond who join us to help the individuals and families dealing with Alzheimer’s and other related dementia,” Peg Lahmeyer, executive director of The ARK, said. “This event funds our programs in five area counties, including memory screenings, resource fairs, educational workshops, support groups and respite centers.”

In South Carolina, 86,000 people are living with Alzheimer’s and that number is estimated to rise to 120,000 by the year 2025. The state has the eighth highest Alzheimer’s death rate in America and has seen a 122 percent increase in deaths since 2000.