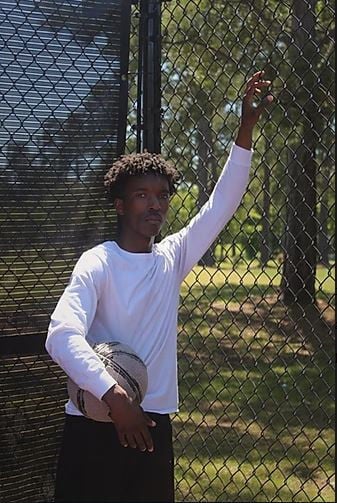 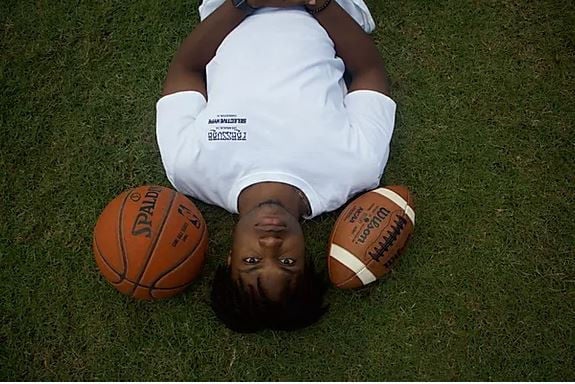 Dennis Wright is a College of Charleston student majoring in Physical Education. 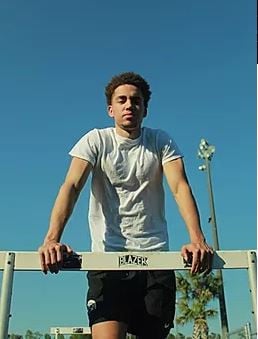 Cameron Smith is a student-athlete at the USC Upstate.

Dennis Wright is a College of Charleston student majoring in Physical Education.

Cameron Smith is a student-athlete at the USC Upstate.

Athletics often play a key role in shaping the character of a person and many find their identity in the sport they play.

Many black male athletes, in particular, identify strongly or solely with being an athlete. This can limit their potential, especially in the academic arena. The individual and society must work cohesively to cultivate a culture that emphasizes the importance of academics as well as athletics.

Joseph Riley is studying entrepreneurship at Trident Technical College and plans to transfer to Charleston Southern University, where he hopes to play basketball for the school.

“I want to open my own business and go into consulting other entrepreneurs and other businesses [like] help give them direction and vision because I feel like that’s an area that I am really good at naturally,” Riley said. “I grew up in a wholesome household. I never had no reason to play basketball outside of me loving it. ... I think that’s why so many young black males aren’t getting anywhere just because they aren’t finding that spark or what they love to do. They are just going off of what they are told or what they see. It’s like a cycle and it’s already happening.”

He sees room for improvement when it comes to the way athletes are being prepared for life after college.

“If they are going to chase sports as an outlet then the people and the voices that have influence need to be the ones held more accountable for making sure they end up on the right track,” he said. “Don’t limit your players, at the same time don’t make it seem like this is the only way out. I would put pressure on my guys to really excel in the classroom really just become well-rounded men so that way they can really have more to themselves and be more than just an athlete.”

Dennis Wright ended up playing football and basketball during high school as well. Now he is a student at College of Charleston majoring in Physical Education with plans to become a principal or an athletic director.

“Originally I did want to play sports in college, but as high school progressed it had a lot to do with my coaches and the environment,” he said. “I just realized yeah I don’t like this anymore because I know it’s gonna be worse in college. That’s how I got the idea to become an athletic director. I just want to show athletes that you can be on the business end too and you can still do something you love every day. My goal would be to create an environment where everybody is excited and wants to win. I just get to be creative and do whatever I want and build my programs.”

A desire to encourage athletes to be more diverse also factored into his decision.

“The athletic side was totally my choice that was never like forced on me or anything I was always pushed academically, but I see a lot of people who are not, so athletics are the only thing that they have to fall back on,” said. “We have to like give them other options other than the traditional sports you have to push them in academics just as hard as you push sports because at the end of the day nobody can take that away from you”

Cameron Smith is a student-athlete at the USC Upstate. He is currently studying economics and finances and runs track as a short hurdler. He fell in love with the simplicity and transparency of track.

“I started off with football then track ended up being the one paying for my school,” he said. “I originally ran track to get faster for football and then one thing led to another and the sides flipped. With track, you know how you do, what you need to do better, and there is no running from the stats and the time. I plan on going into banking. I’ve always been obsessed with the intricacies of money. Hedge funds are the end goal.”

He has also developed a love for the arts.

“I feel like sometimes with me being biracial I didn’t typically grow up like the average black person,” he said. “I’ve been exposed to [white and black culture] and being into different stuff other than the stereotypical African American culture that the media likes to project on us. I always had like an artistic urge to create something and I can’t sing or dance or draw, but I wanna do all those things so photography is kinda something that I’m good at. I just like being able to control every variable of a photo, and seeing your own composition from scratch created and the beauty of that.”

Balancing the responsibilities of being a college athlete with other priorities can be challenging.

“I feel like I struggle sometimes trying to balance out myself,” he said. “My whole life is track especially when I am at school. I feel like I lose the part of me I have down home. When I am back home, I’m able to focus on the other things that I enjoy. It’s a true struggle just not letting sports consume you and realizing that there is more to life than being a D1 athlete.”

However, athletes should strive to meet that challenge.

“I feel like the balance between education and athletics is sometimes skewed,” he said.

Educational leaders encourage those with athletic skills to not see themselves only as an athlete.

“If we glorified skills as much as we glorified athletic prose, if we glorified education as much as we glorify athletic prowess then people in our community wouldn’t look down on having a trade, having their own business, starting their own stuff,” said Charles Watson Jr., the director of education at BJC in Washington, D.C. and a former track and football athlete for The Citadel. “Too many people in our community think the only way you can be wealthy or rich is to actually pick up a ball or they actually value themselves by what sport they can play. These institutions and athletics can be used to break a lot of the chains, but many times it keeps our black athletes chained.”

Awareness of the pitfalls of placing too much emphasis on athletics should be promoted throughout the community, not only in its educational institutions.

It’s been proven that an individual’s environment plays a large role in one’s development in all areas. Both society and the individual act in response to one another.

Black communities and society at large emphasize playing sports as the path for socioeconomic advancement and mobility. There should be an equal investment in an individual’s athletic pursuits, and academic advancements.