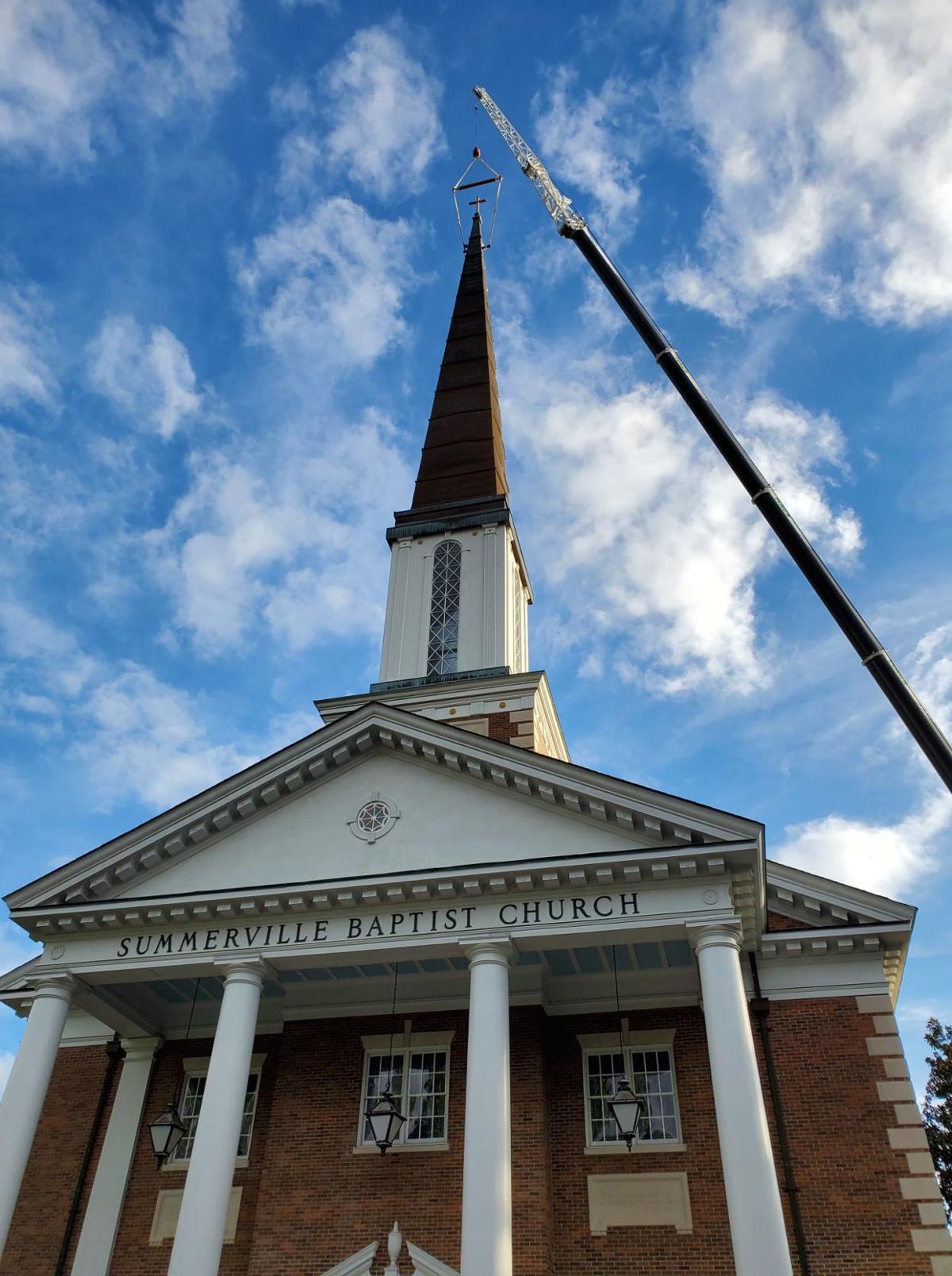 The Summerville Baptist Church steeple is removed by crane in November. 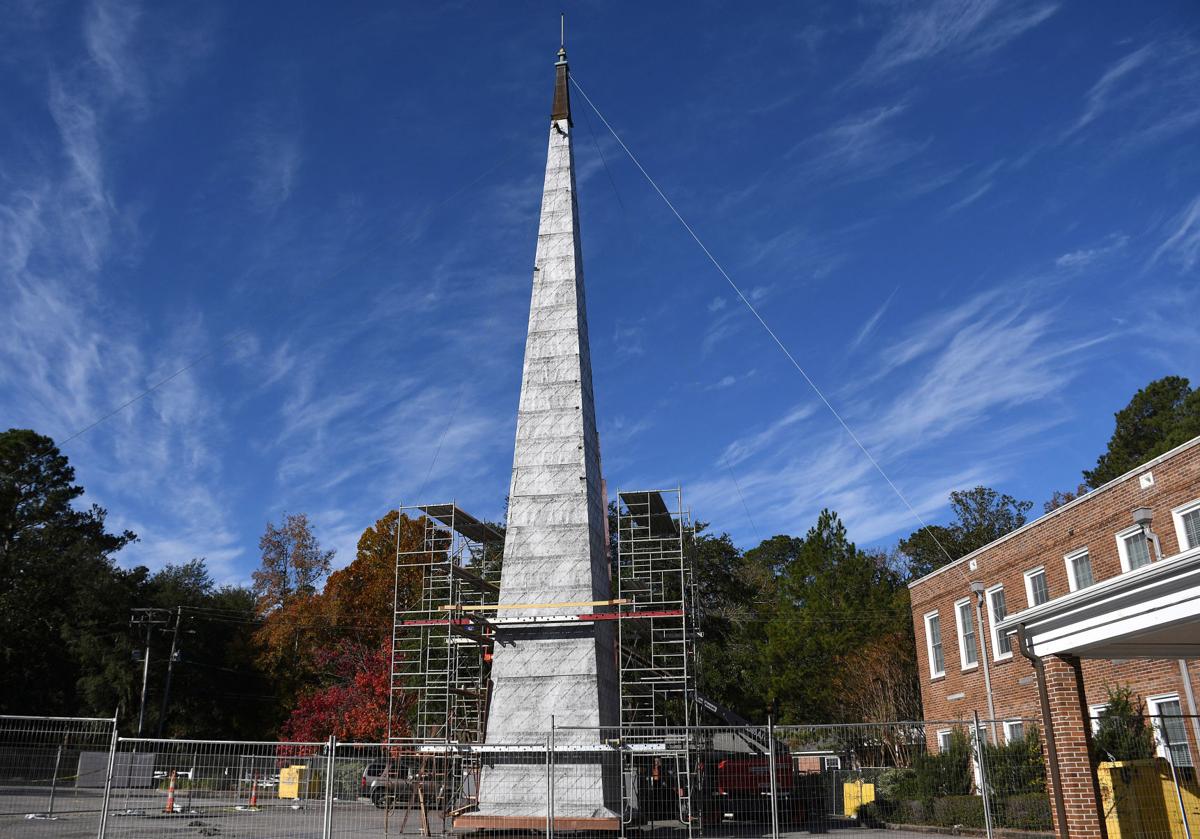 The Summerville Baptist Church steeple is removed by crane in November.

As drivers wind along a narrow West Carolina Avenue approaching Central Avenue, the only view in site is Summerville Baptist Church, framed perfectly by the Flowertown’s grand pine trees.

In recent weeks that view has been drastically different. The 80-foot-high steeple has been taken down for repairs stemming from damages caused by Hurricane Matthew. High winds during the storm tore and separated the steel, plywood and copper inside of the steeple allowing water to seep in rot the wood. Rebuilding the steeple takes about six weeks and cost $300,000.

Originally built four decades ago, the church steeple has come completely down for repairs only once before- after Hurricane Hugo.

“I saw it in 1972 when it went up the first time and again in 1989 after Hugo and now again,” said John Nettles, facilities manager for Summerville Baptist Church.

Nettles’ parents were married in the Church, the sanctuary was so dear to them that they took their son out of school to witness the momentous occasion when the steeple first took its place atop of the town.

While its unique that Nettles has seen the steeple hoisted by crane multiple times, he said he hopes this current restoration will be the last for a while. Once complete, this rebuilt steeple has a life expectancy of 50 years. Coastal Roofing is the Charleston-based company working on the project. Nettles said work is expected to be complete by Dec. 20.

Another big change in the construction is the use of stainless steel screws over copper head nails. Those nails were too often pulled out by wind, Nettles said.

“Now what we’re doing with new regulations and building codes allows us to attach it all back with more security,” Nettles said.

The project is covered by insurance- but that coverage didn’t come without a struggle. Nettles said it took two years to prove to the insurance company that there was indeed water damage inside the steeple.

Once bolted back in place, the steeple will tower above the oldest area of the Flowertown in the Pines. From the steps of the sanctuary to the top of the cross on the steeple is 174 feet. Due to its height, the structure serves as a local landmark.

Randy Harling, lead pastor at Summerville Baptist Church, said several members of the church have commented to him on how the steeple has served as a local landmark. One woman told him about how she got lost shortly after moving to town. She couldn’t remember her address and her cell phone battery was completely drained. She kept driving until she saw the church steeple and then she knew she was close to her home. She later became a member of the church.

“We are the best of both worlds,” Harling said. “We do have the history, structure, organization, and stability that comes with a historical church but the feeling that people tell me when they come in is that of a new church plant. When someone asks me about that steeple, I say it’s a great landmark but that’s not really only who we are.”