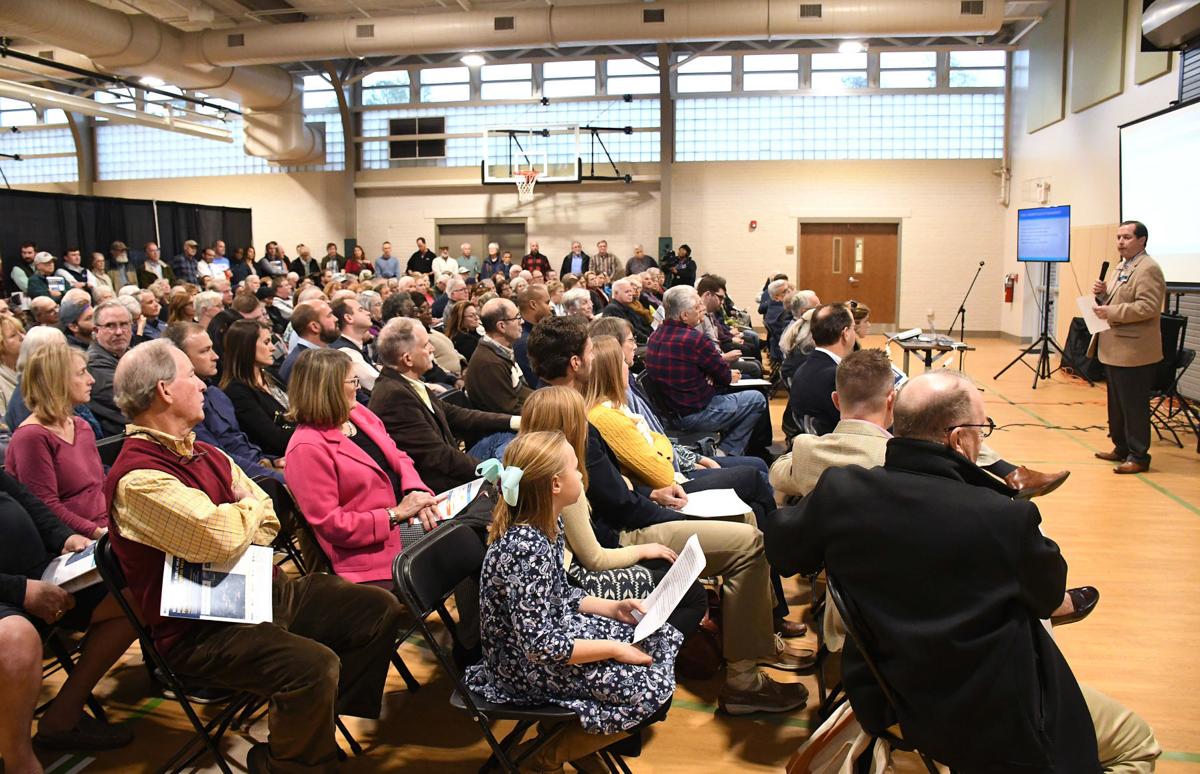 Summerville residents fill up the Rollins Edwards Community Center at the Armory for a public hearing on the final phase of the Berlin G. Myers Parkway on Thursday, January 23, 2020. 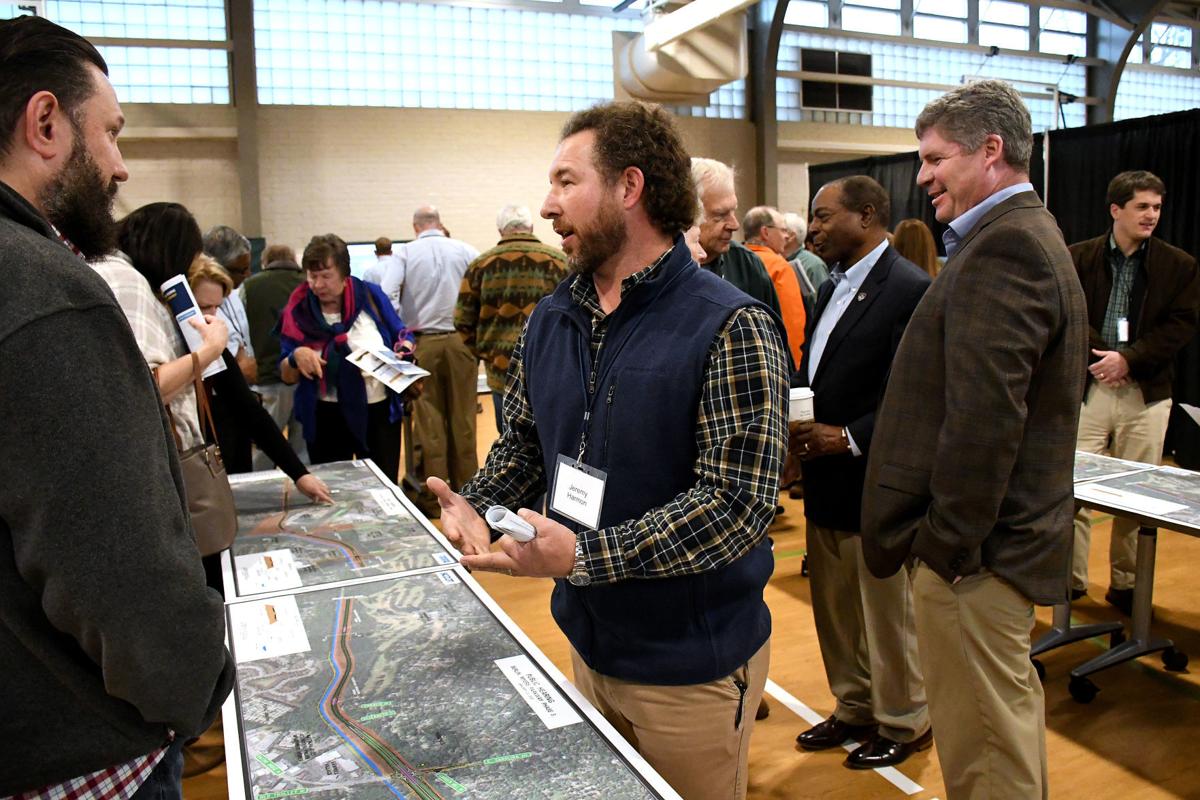 Summerville residents fill up the Rollins Edwards Community Center at the Armory for a public hearing on the final phase of the Berlin G. Myers Parkway on Jan. 23. 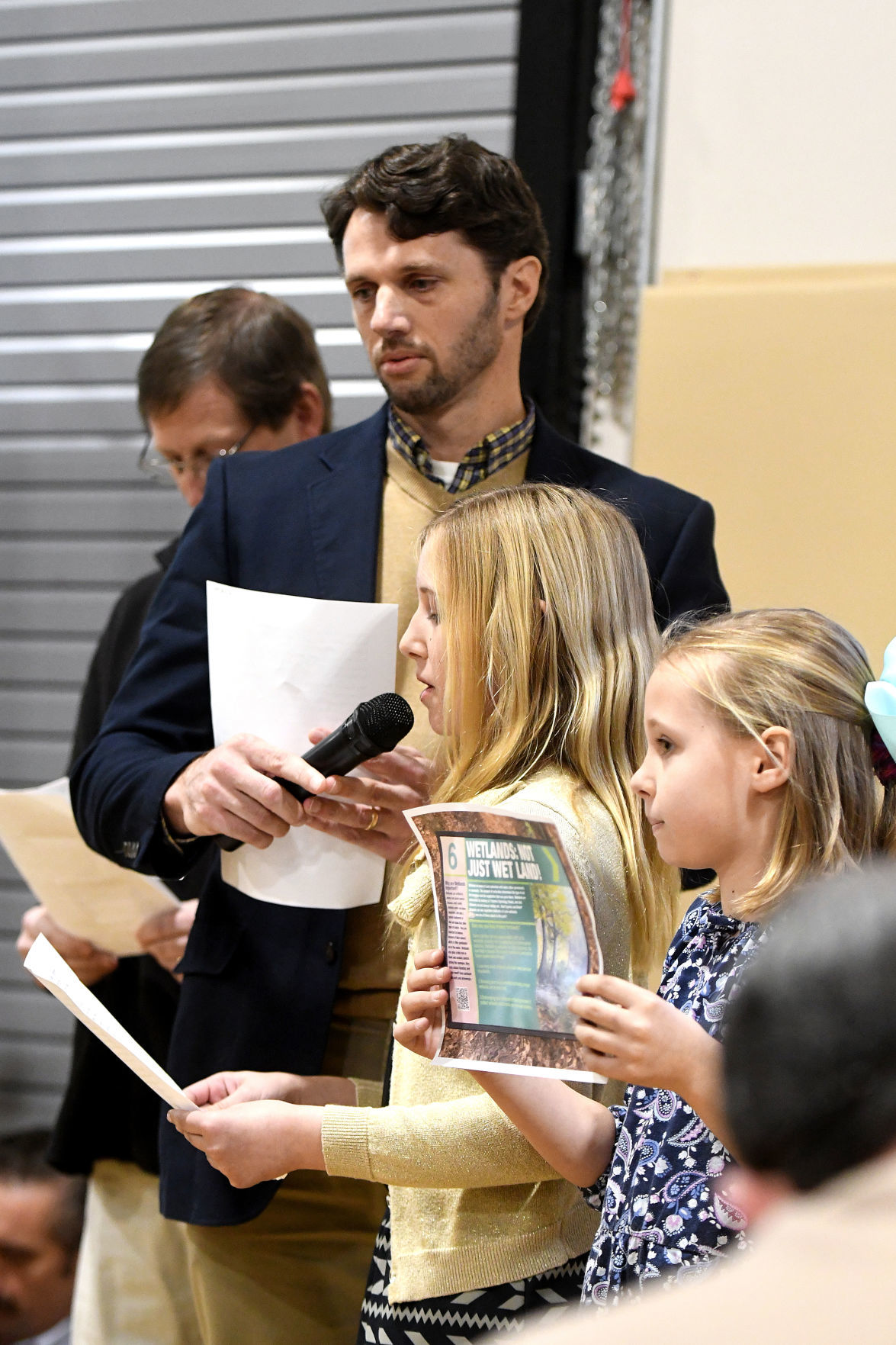 Ben Hough, along with his daughters, Grace and Abigail, speak out during a public hearing on the final phase of the Berlin G. Myers Parkway on Jan. 23 at the Rollins Edwards Community Center at the Armory. 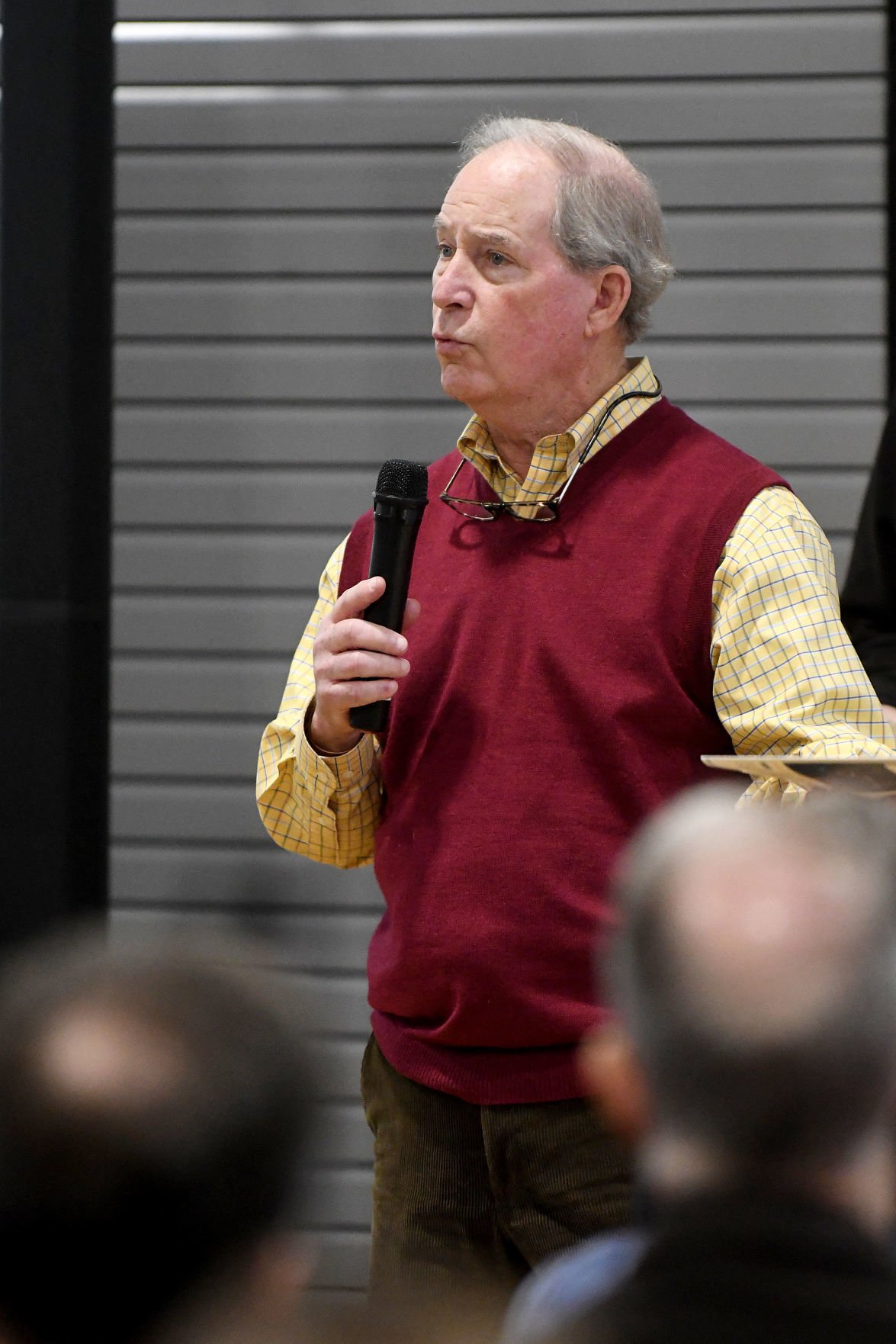 Summerville Town Councilman Terry Jenkins addresses a large crowd during a public hearing for the final phase of the Berlin G. Myers Parkway on Thursday, January 23, 2020 at the Rollins Edwards Community Center at the Armory.

While there is a lot of public support for the third and final phase of the Berlin G. Myers Parkway, there is also plenty of opposition. Community members voiced their concerns about the project during a public hearing Thursday evening at the Rollins Edwards Community Center at the Armory.

Families living along the proposed roadway were given access to a geographic information system that showed how the parkway extension will affect their property, specifically.

“Flooding is a big concern and we’ve worked really hard over the last 10 years to create a hydraulic model with the Army Corps of Engineers,” said Joy Riley, project manager for the South Carolina Department of Transportation.

Sharing that model with the community was the purpose and intent of the public hearing. The model shows how flood risk management functions once the proposed roadway is constructed.

The project design includes the construction of seven new bridge structures and reconstruction of the Sawmill Branch Trail. Flood risk management has been the most complex part of planning for the final 3.2 miles of the Berlin G. Myers Parkway. The project is anticipated to cost $118 million.

Public comments recorded during the hearing will be processed by SCDOT and provided to the Army Corps of Engineers. Those comments do have power, according to elected officials, to influence the Corps’ decision on issuing the necessary permits for constructing the third phase of the parkway.

Ben Hough, a resident of the Newington neighborhood, was not convinced by the data made available that the final phase of the parkway will ease traffic congestion. He said there have been residents who have fought this roadway for decades.

“My concerns remain that phase three of the Berlin G. Myers parkway will increase future flooding, do little to ease traffic congestion, adversely affect the wetlands, and decrease the quality of life for the community that live in the vicinity of this expansion,” Hough said.

Hough said the town should “turn its attention away from building new highways and toward other alternatives of transportation such as mass transportation along Dorchester Road corridor.”

Hough emphasized the importance of preserving the “quiet and beauty” of the Sawmill Branch Trail and the important role of wetlands.

His daughters, Grace, 11, and Abigail, 8, also offered comments on the proposed roadway. Grace said she recently learned that wetlands play a vital role in flood and erosion control.

“Acting like sponges, (wetlands) help reduce flooding and slow runoff from surfaces like roofs and driveways,” Grace said. “Wetlands are critical to animal and plant species because they host a greater biodiversity of flora and fauna than other types of habitats.”

She encouraged those in attendance at the public hearing to learn about local watersheds and to protect the 50 acres of wetlands to be affected by the proposed roadway.

Tea Farm resident Juan Odenwood said he walks on the Sawmill Branch Trail every morning and to him, that area is “the heart and soul of Summerville.”

Odenwood said he is concerned about losing access to the trail, which will be rerouted during construction of the parkway.

Other residents spoke out in favor of the project.

Larry Crossley, who lives in the Indian Springs neighborhood off of Boonehill Road, said he’s been waiting 12 years for the roadway.

“If anybody doesn’t think we need that extension, then you haven’t driven through Main Street recently,” Crossley said. “Driving these streets now is like living in a metropolitan area and I moved here to get away from metropolitan areas.”

Another Newington neighborhood resident said he is a strong proponent of the project because Boonhill Road is very backed up at certain times of the day.

The large turnout was no surprise to Riley and town officials.

Riley said she was anticipating community involvement considering the last public hearing on the project took place in 2005.

The final phase of the Berlin G. Myers Parkway has been complex, she said, because of two reasons; the roadway is planned next to a federally regulated flood control channel, and after Hurricane Katrina, the permitting process was strengthened and became more stringent.

“We were about to go to construction but got pulled back and had to do some additional work because regulations were being formed and changed,” Riley said. “It’s been a learning process on both sides.”

Riley said her goal is to receive the final permit by early summer but the project timeline is dependent on the Army Corps of Engineers.

Robbins said the project is “as close as we have ever been,” to getting across the finish line. He said the bypass is needed to connect downtown Summerville to the northern part of town and to the fast-growing western part of Summerville.

Jenkins called the parkway a solution to increasing traffic congestion.

“This is an opportunity not just to help us today but to prepare ourselves for the future,” Jenkins said.

Additional public comments are being accepted over the next two weeks on the project website: www.scdotgis.online/BMP3 .

Comments can also be mailed: