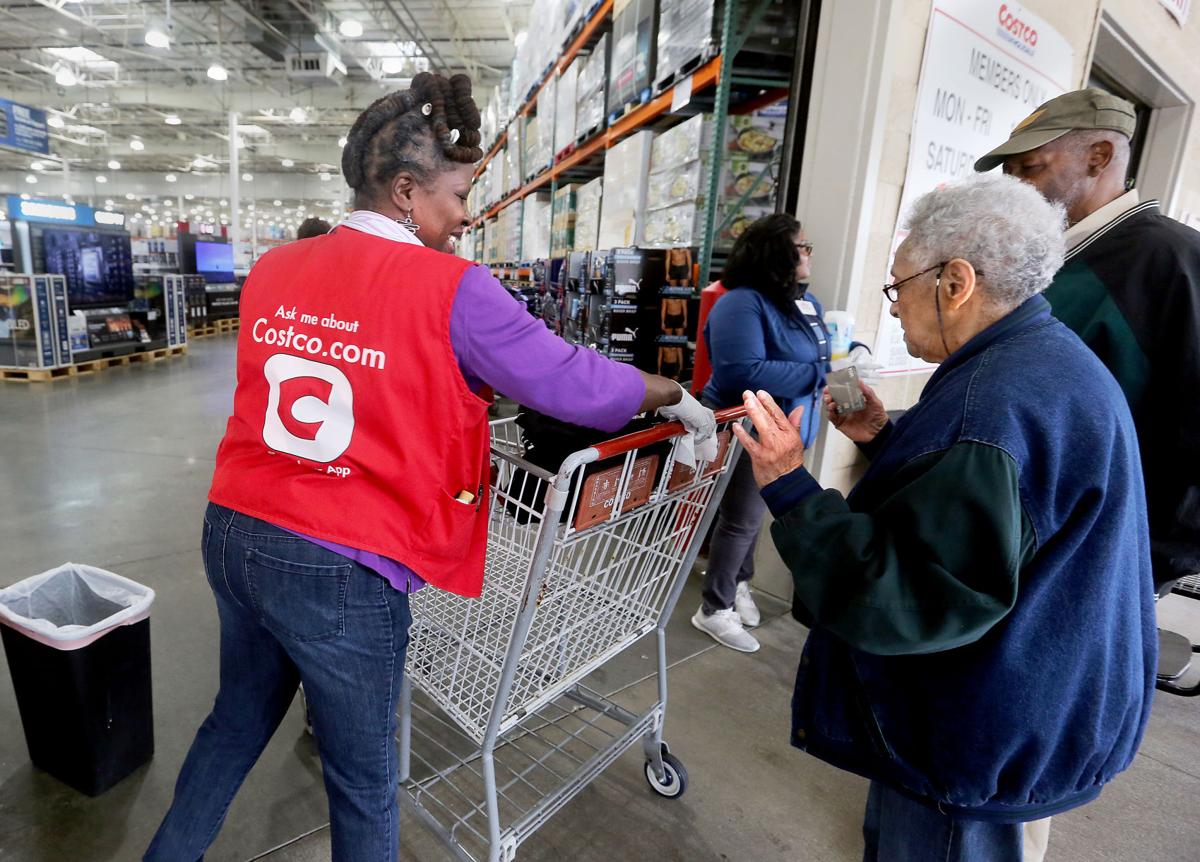 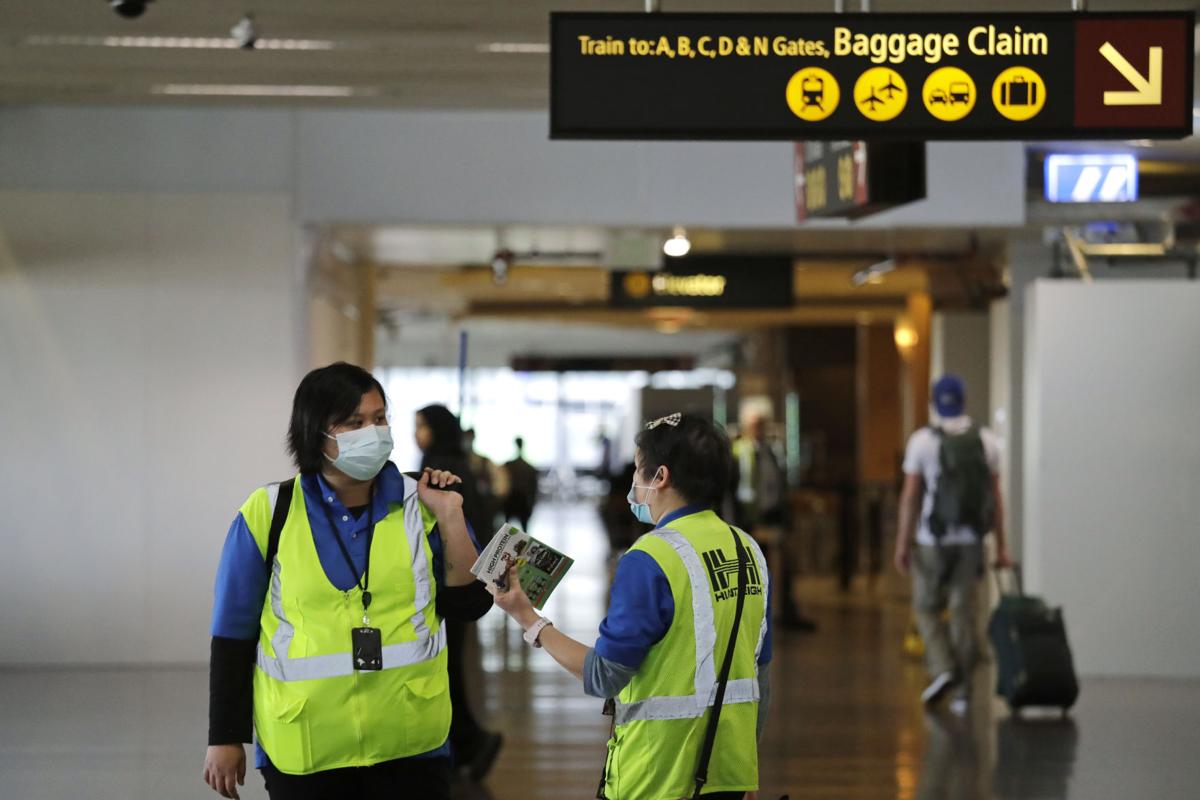 A pair of workers at Seattle-Tacoma International Airport in Washington state wear masks Tuesday, March 3, 2020. Most coronavirus patients in the U.S. have been clustered in the Pacific Northwest, but new cases were recently reported in Florida, Georgia and North Carolina. Elaine Thompson/AP 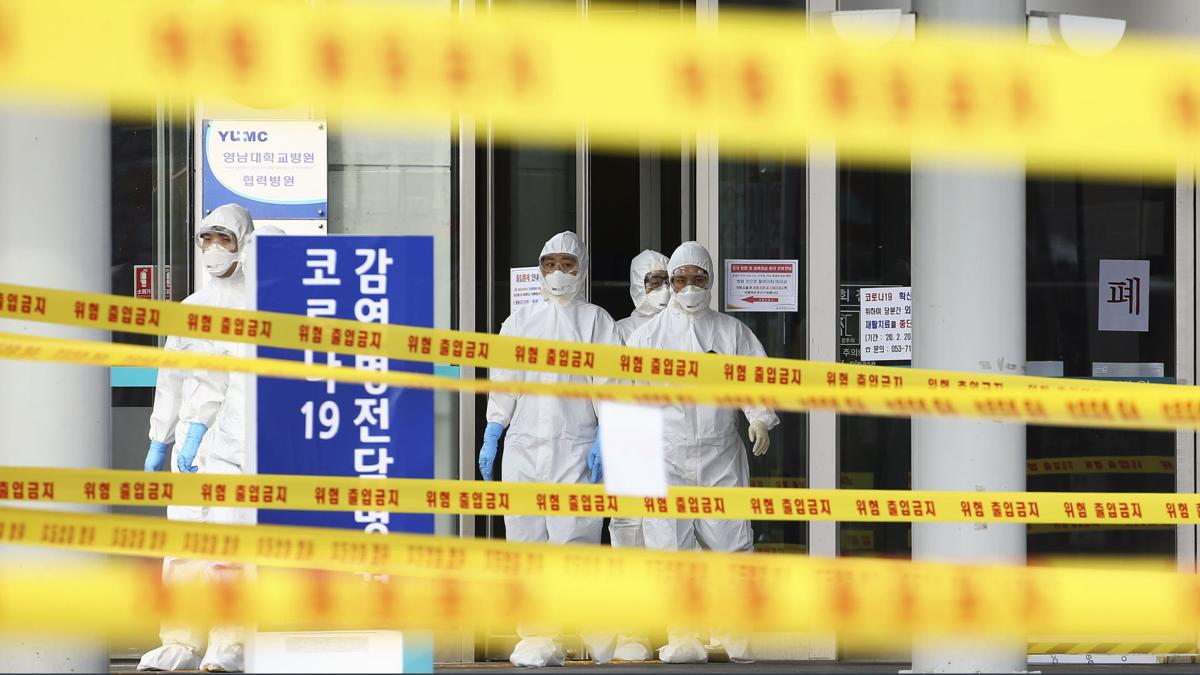 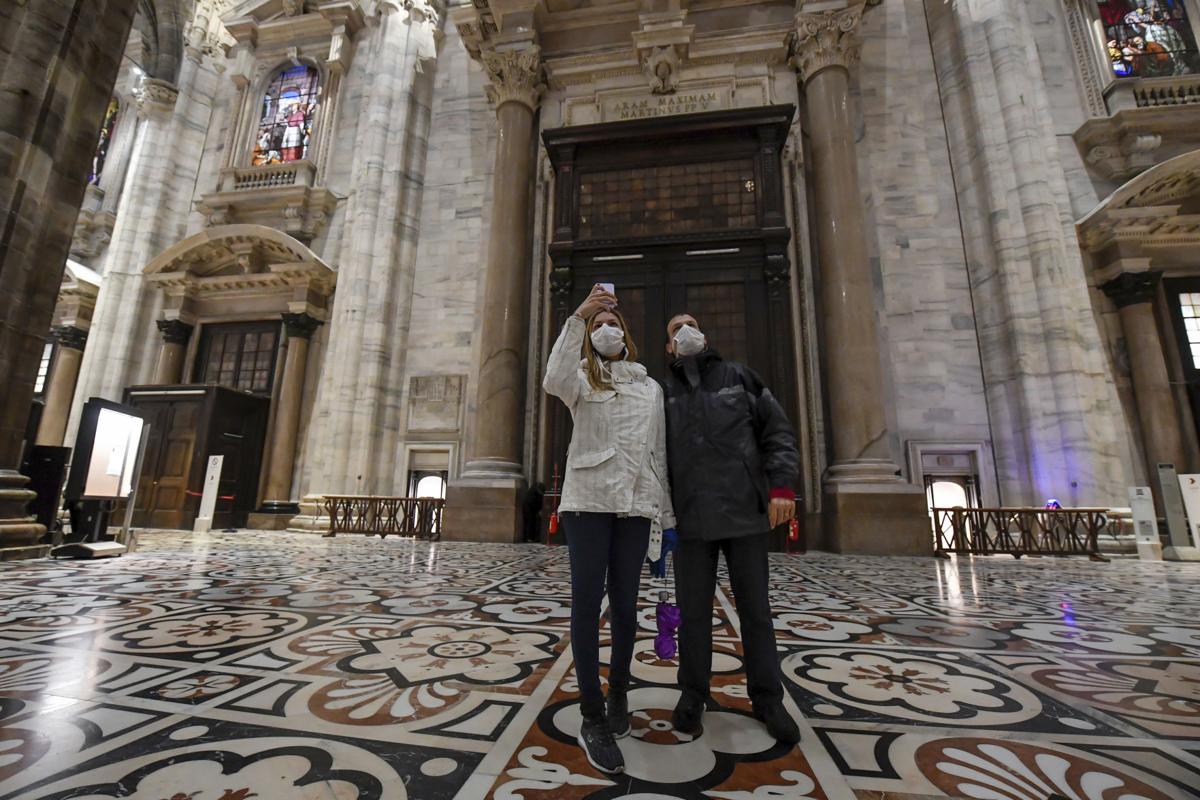 South Carolina colleges and universities are continuing to ramp up their coronavirus planning efforts, largely focusing their attention on students abroad. Tourists wearing face masks take pictures inside the Duomo cathedral in Milan as it reopens to the public after being closed due to the COVID-19 virus outbreak in northern Italy, Monday, March 2, 2020. Claudio Furlan/LaPresse 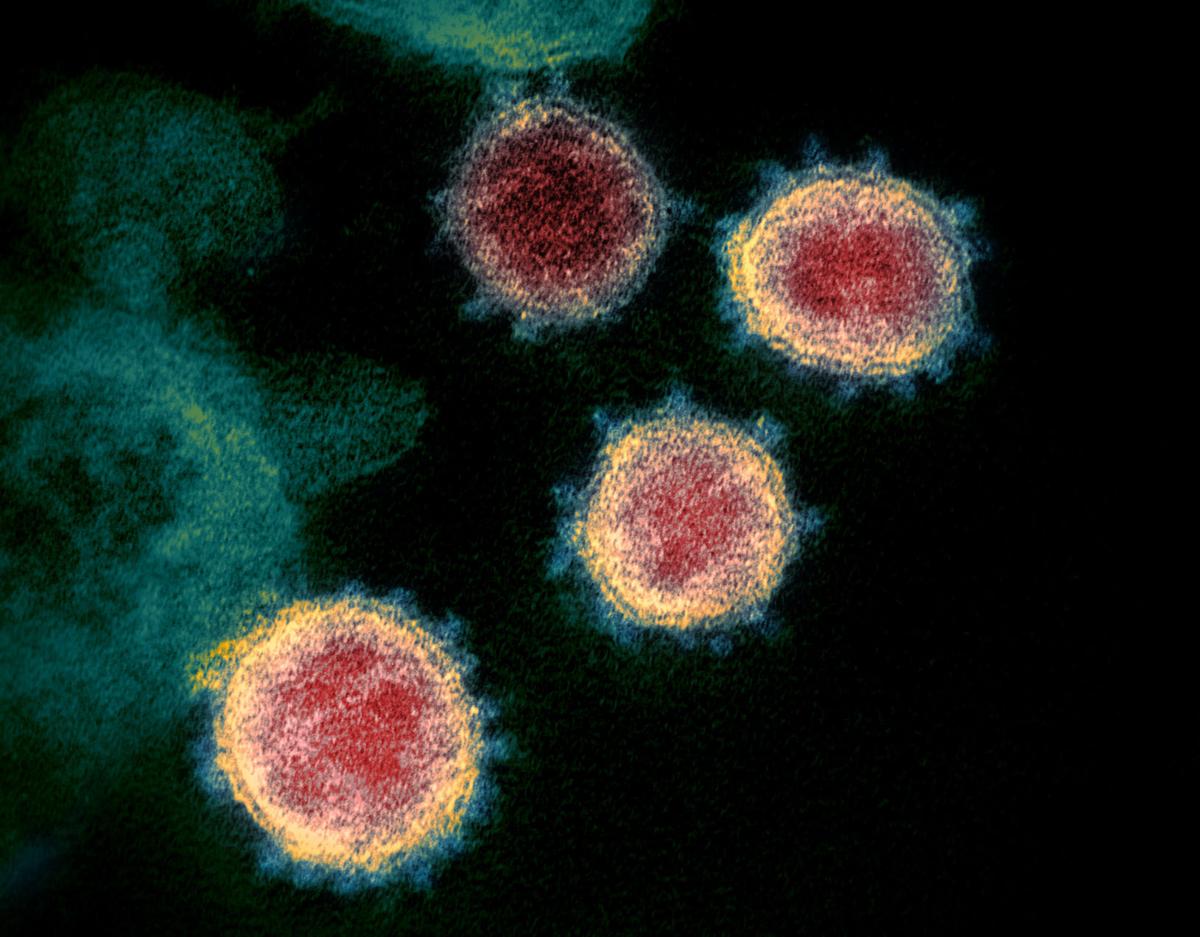 This undated electron microscope image made available by the U.S. National Institutes of Health in February 2020 shows the novel coronavirus SARS-CoV-2. Also known as 2019-nCoV, the virus causes COVID-19. The sample was isolated from a patient in the U.S. File/NIAID-RML via AP 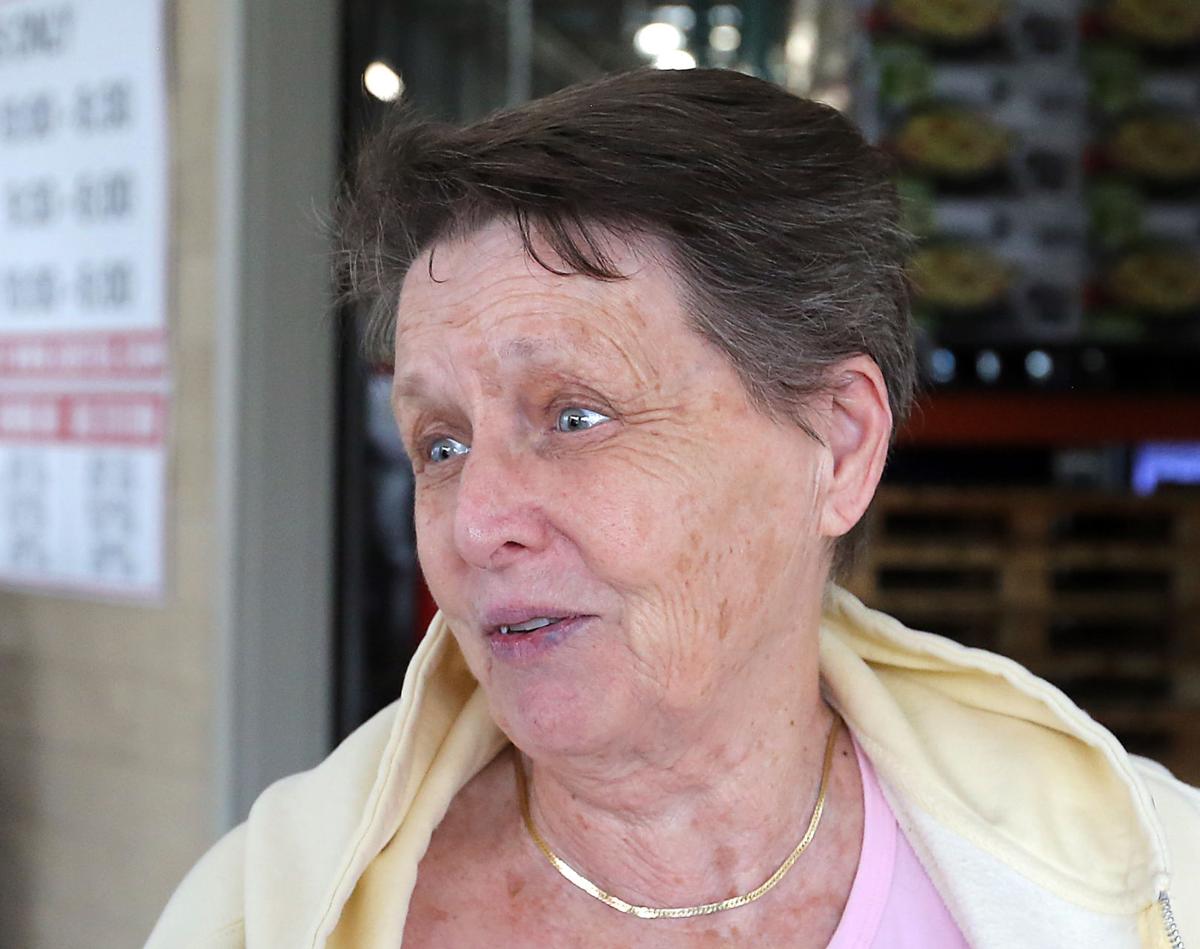 Costco customer Mary Pendley of West Ashley thinks everybody should take precautions to prevent the spread of COVID-19. Brad Nettles/Staff 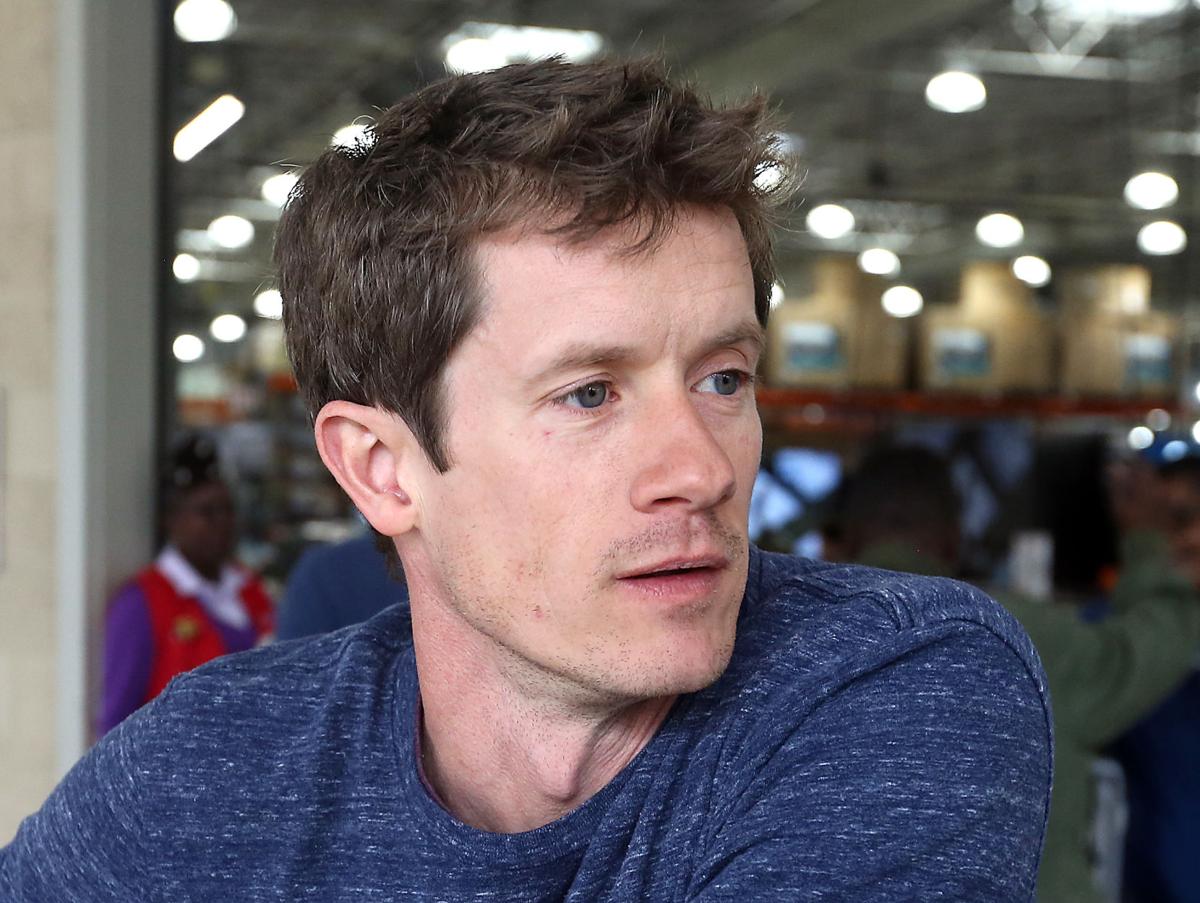 Two patients in the Charleston area were recently screened for a potentially deadly strain of coronavirus, a hospital official confirmed Tuesday.

No patients at Trident Health or Roper St. Francis have been tested for the disease. Other area hospitals did not immediately respond to inquires from The Post and Courier or deferred questions to the S.C. Department of Health and Environmental Control, which has so far refused to disclose how many patients statewide have been tested.

Dr. Jonathan Kanoche, a DHEC medical consultant, couldn’t confirm the exact number of coronavirus tests that have been conducted in South Carolina at an information session on Monday at North Charleston City Hall, but he said the department had completed a handful of tests with no positive cases.

On Thursday, the S.C. Senate Medical Affairs Committee will huddle with DHEC officials for a briefing on the illness. On Monday, DHEC Director Rick Toomey called the spread of coronavirus "a rapidly evolving situation" and assured members of the press that his agency takes "every new infectious disease seriously."

Formally named COVID-19, the coronavirus has infected more than 90,000 people across the globe, accounting for nearly 3,200 deaths. Most cases and deaths attributed to the disease have occurred in China, where the virus originated last year. Nine Americans have died from COVID-19, while 60 have been infected as of Tuesday afternoon, according to the Centers for Disease Control and Prevention.

While most coronavirus patients in the United States have been clustered in the Pacific Northwest, new cases were recently reported in Florida, Georgia and North Carolina, prompting public health leaders in South Carolina to prepare for what seems like the inevitable emergence of COVID-19 in the Palmetto State.

“It’s just nice to see that people are thinking about it,” said Chris Wahl, a James Island resident and a Costco customer.

Mary Pendley, a 73-year-old West Ashley resident, said she was grateful for the precautions Costco is taking. She said she doesn’t want people to freak out, but she believes everyone needs to be aware of the disease's spread.

She has been trying to strengthen her own immune system since COVID-19 has been found to be more severe among the elderly.

“Every little bit we can do is helpful,” she said.

Local churches are taking precautions, too. The Roman Catholic Diocese of Charleston has asked its parishioners to not drink from the communion cup or to shake hands during the sign of peace.

A big part of that, said one former DHEC director, is hand-washing.

"You may get (coronavirus), but you’ll probably be just fine," said Catherine Templeton, who ran DHEC under former Gov. Nikki Haley from 2012 to 2015. She also managed the state's response to the global Ebola outbreak in 2014.

"You’ve just got to tell people, 'Go about your business. If you get a fever, go to the doctor. Wash your hands,'" said Templeton, who unsuccessfully campaigned for the Republican nomination for governor in 2018. "People will calm down. It will just take time."

Symptoms related to the virus typically appear two to 14 days after exposure, and include fever, shortness of breath and cough. In some cases, the coronavirus can escalate in severity and may result in pneumonia or death. New developments suggest the incubation period for the disease may be longer than 14 days — one reason why Templeton sounded an alarm when a contingent of Chinese exchange students visited Academic Magnet in North Charleston in late January, where her children attend high school.

"They did not know whether or not those children were safe," she said. "When you don’t know, then sure, you’ve got to do the most conservative thing to stay safe."

The exchange students have since left Charleston. The federal government started imposing restrictions on foreigners traveling from China in early February.

Map showing the most recent cases of coronavirus as they're reported by various health agencies. Map compiled by JHU CSSE with data from WHO, CDC, ECDC, NHC, and DXY.

Alexander Lee, a high school social studies teacher who has lived in China for the better part of the past decade, made the decision to return to the U.S. last month when the Department of State issued a memo advising Americans abroad to come home.

On Feb. 2, the State Department told him he "should depart by commercial means," said Lee, 45, whose father was once stationed at the Charleston Naval Base. "They didn’t say 'you may' or 'you may want to,' they said 'you should.'"

Lee, who formerly lived in Concord, N.H., was met by CDC officials when he landed in New York City, but it took three days after he'd arrived in the U.S. for any public health agency to follow up with him. He chose to self-quarantine at a remote Airbnb in Upstate New York, but no one stopped him from eating in a restaurant after leaving the airport or stocking up at the grocery store.

"They certainly aren’t prepared in terms of the systems of greeting us," he said.

Lee has exhibited no signs of illness since his return to the U.S. His 14-day self-imposed quarantine ended Monday.

'A sense of urgency'

U.S. Sen. Tim Scott, R-S.C., participated in a Senate committee hearing on the coronavirus in Washington on Tuesday morning.

Scott said he was not concerned about whether Congress will provide resources in a timely manner. Instead, he used his three minutes of questioning to ask health experts about the virus, and to put it in context for the people of South Carolina.

"The thing about what's going on now is since it is a new virus, we don't really know exactly where it's going to go," said Dr. Anthony Fauci, director of the National Institute of Allergy and Infectious Diseases.

While the flu is somewhat unpredictable, there is an understanding about its impact, Fauci said. "But when you're in the area of the unknown, you have to walk a delicate balance of not overshooting and having panic, but not also undershooting where you don't respond as urgently as you should."

Scott then asked how many deaths there have been from the coronavirus out of the roughly 90,000 known cases worldwide.

Dr. Anne Schuchat, principal deputy director of the CDC, confirmed there have been about 3,000 deaths.

"I think 3,000 deaths should get everyone's attention, and we should be acting with a sense of urgency but not buy into hysteria that will make it even more difficult for health care providers," Scott said, noting his mother has worked at a hospital for about 45 years.

With eight military bases in the state, as well as hundreds of soldiers, guardsmen and sailors on deployment in the Middle East and in Asia, the likelihood of the COVID-19 virus coming to the Palmetto State increases significantly. The state is home to two major training bases, Parris Island and Fort Jackson, which bring recruits from all over the nation every week.

The 120th Reception Battalion at Fort Jackson in Columbia has “implemented additional screening procedures across basic training” to identify trainees who are at risk of coronavirus exposure.

Lt. Col Drew Sanders, with the Columbia recruiting battalion, said recruits are also additionally screened upon entering the recruiting station prior to their arrival on post.

Officials for K-12 schools should also be making preliminary plans, using CDC guidelines that the S.C. Department of Education sent to 60,000 school administrators across the state this past week.

Guidance for schools in communities without any cases include updating emergency plans, monitoring absenteeism and frequently cleaning commonly used surfaces, from doorknobs to desks.

Possibilities include closing a school for a month, which is twice the incubation period of the virus.

Brown said the decision to close a school would be made by medical experts with the state's public health agency. It comes down to a health decision, not a school decision, he said.

Canceling after-school activities could also occur, either in conjunction with closing the school or separately, depending on who contracts the virus.

Meanwhile, officials at South Carolina colleges and universities are continuing to ramp up their coronavirus planning efforts, largely focusing their attention on students abroad.

This was a difficult decision to make, Galbraith said, but the future challenges students might face abroad as the virus continues to spread made it a necessary one.

"There are compelling health and logistical reasons for recall of all students. And while the nation they're in might not be currently experiencing severe impact, the speed with which it's spreading globally informed our decision," Galbraith said.

The university will assist students with extra costs associated with returning home, and will work with students to make the transition back to campus as smooth as possible, Galbraith said.

The decision to cancel all study abroad program comes after the university announced late Friday night that it would cancel its study abroad programs in Italy. The country had more than 2,000 confirmed cases Tuesday morning, according to the Johns Hopkins Whiting School of Engineering’s Centers for Systems Science and Engineering.

Clemson has also suspended all university-related international travel. There may be a few rare exceptions to this rule, but the travel must be approved pursuant to the university's high-risk travel policy.

Last week, the College of Charleston announced that two study-abroad programs in South Korea were impacted by the outbreak. One program was canceled and the other is operating under a delayed start date, according to spokesman Ron Menchaca. A planned study abroad program to Italy over spring break has been canceled, along with a planned summer study-abroad program in China.

The college is evaluating whether it will postpone or cancel study abroad programs in other countries that are not under Centers for Disease Control and Prevention travel advisories.

Around two dozen students are studying abroad in Italy, Menchaca said. Since the programs are operated by third-party study abroad organizations and one exchange partner university, the college does not have direct control over these programs. On Saturday, college officials advised all students in Italy to return to the United States.

Students returning from countries that have been impacted by the virus must self-quarantine for 14 days before they're allowed to officially return to campus.

National health authorities, including officials from the Centers for Disease Control and Prevention, say it is likely that widespread transmission of the COVID-19 will occur.

Joan Culley, an emergency preparedness researcher and former professor with the University of South Carolina, said residents should approach disease preparedness similarly to a hurricane.

“It would be the same as I would do for any emergency," she said.

These are some of the ways South Carolina residents should prepare for the potential threat of coronavirus.

US virus death toll rises to 11 with California victim

The U.S. death toll from the coronavirus climbed to 11 on Wednesday with a victim succumbing in California — the nation's first reported fatality outside Washington state — as officials, schools and businesses came under pressure to respond more aggressively to the outbreak.