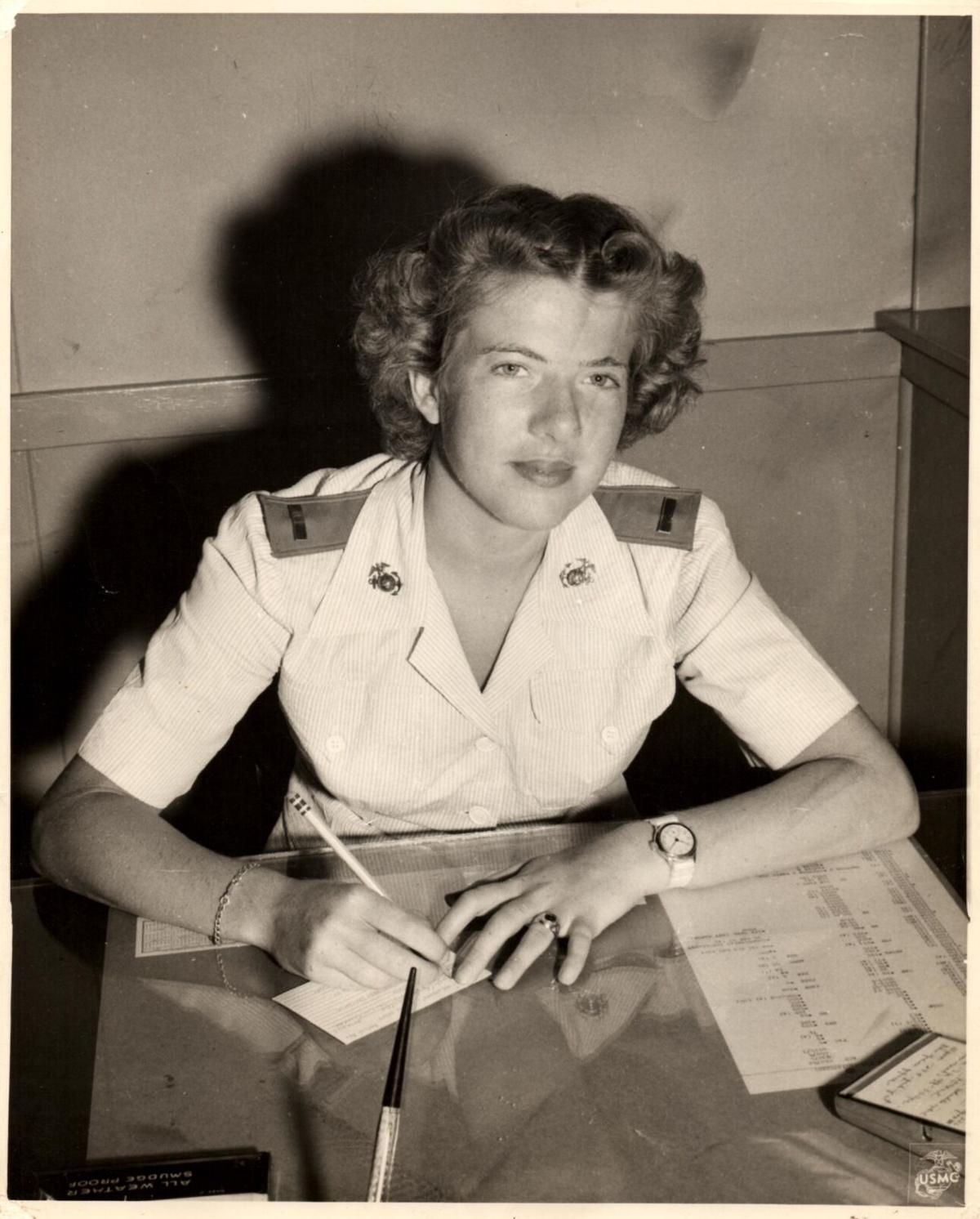 Elizabeth Orser serves in the Marines during World War II. 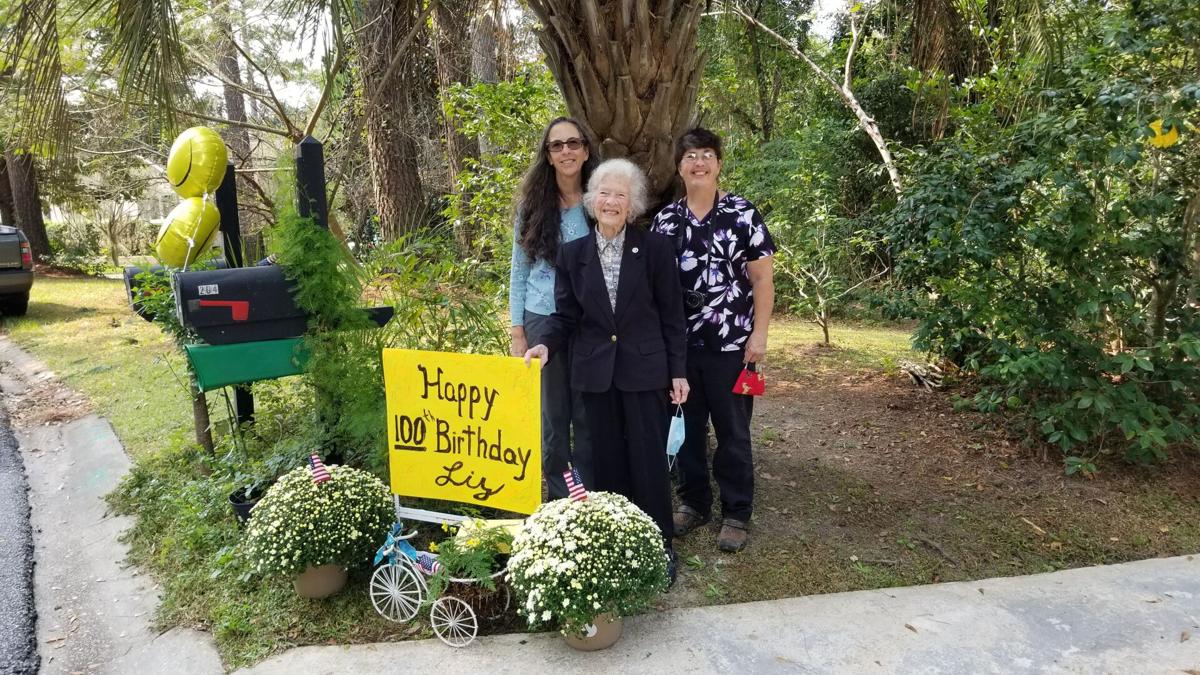 Elizabeth Orser visits with her two daughters — Judy Orser on her left and Joyce Mann on her right — on her 100th birthday in October. 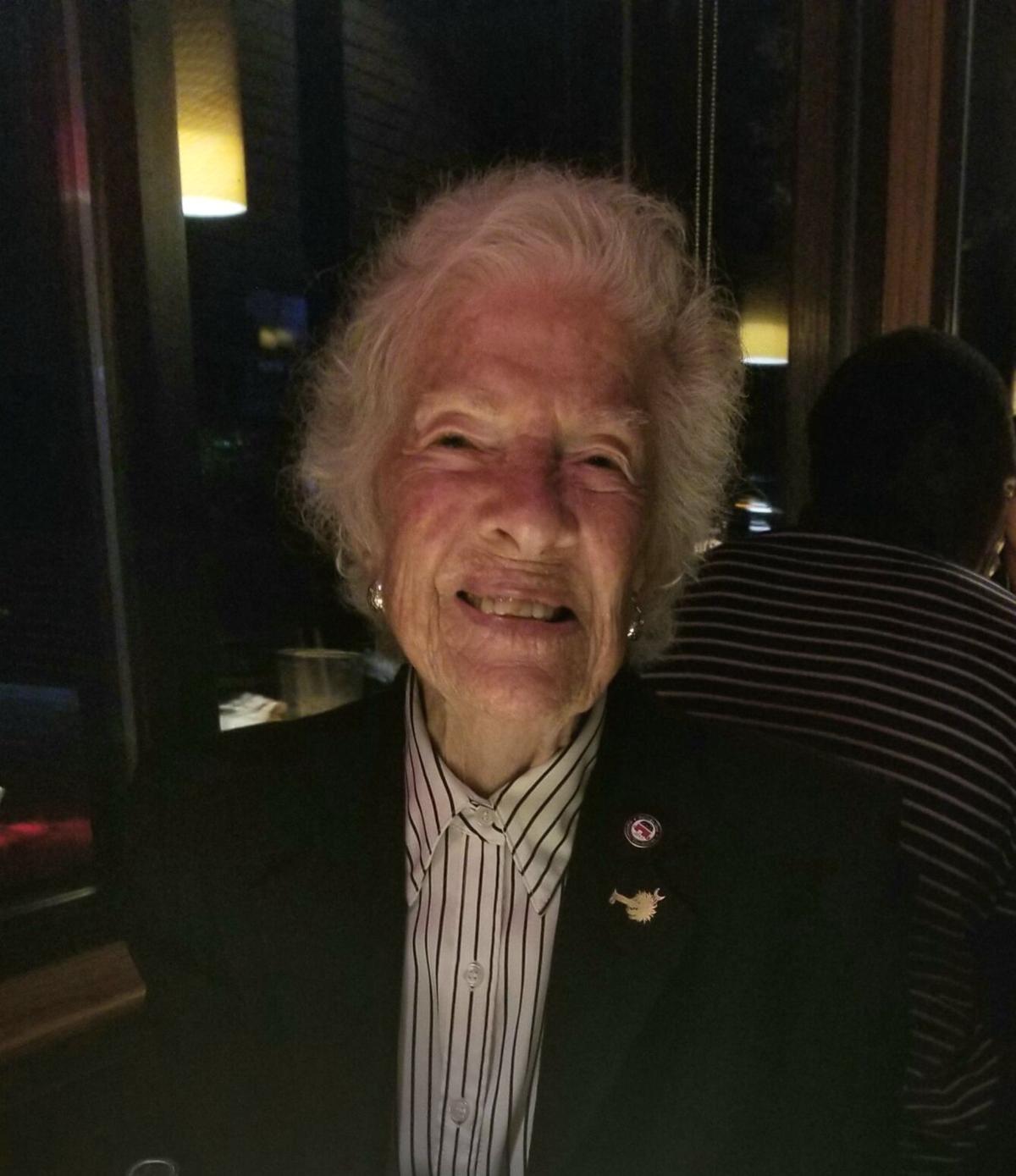 Elizabeth Orser serves in the Marines during World War II.

Elizabeth Orser visits with her two daughters — Judy Orser on her left and Joyce Mann on her right — on her 100th birthday in October.

Last month, Summerville resident Elizabeth F. Orser celebrated a century of life—100 years filled with patriotic missions, caring for the sick, teaching youth, building a family and encouraging her neighbors to exercise their right to vote.

“I’m just a grassroots worker,” Orser said, reflecting on her decades of community work with the local Republican Party. “I knocked on doors, passed out pamphlets and registered voters…sent out mailings.”

Her reason for her years of dedication to the political scene?

“I thought our political system is what we fight for in wars,” Orser said, “and to me, that’s the most important thing…keeping our democracy—or our republic—as Ben Franklin said, ‘A republic, if you can keep it.’”

The centenarian knows all too well the effort and sacrifice required to protect her country’s freedoms. She’s a veteran of World War II and the Korean War, and to this day, is confident she would have made a longer career out of military life had she not opted instead to start a family.

But unlike many of her counterparts during the onslaught of World War II, Orser didn’t sign up for Uncle Sam right out of high school. She first sought a secondary education from Milligan College, located in her home state of Tennessee. After securing a degree in education, Orser worked for a year as a physical education teacher before the dark cloud of the Great Depression settled on the country, leaving little options for her to find work. That was the moment she agreed to enter the U.S. Marines.

“I was qualified to do that, and jobs were not (available) during the Depression, and that was something I could get a job doing,” Orser said of military service.

Her specific role in the Marines was a Communications Watch Officer, coding and decoding “secret” messages she said stemmed from various branches of the military. To serve in that field specialty, Orser attended Officer Candidate School (OCS) at North Carolina’s Camp Lejeune—attaining the rank of 1st Lieutenant—before attending Communication School in Massachusetts. She eventually found herself stationed at Marine Corps Air Station EWA in Hawaii.

Orser said she’ll never forget the moment she learned the war had ended. The news reached her while she was returning home from a weekend getaway to Maui. While flying on a C-47 to their tropical destination, she and a friend spied a unique air celebration flying all around them.

“About half way back…we ran into all these fighter planes that were doing loop-to-loops in the air and the pilot let us know why they were doing that,” Orser said. “So we went back to…base and celebrated that night in the club.”

But unfortunately, the end of the war also signaled the end of Orser’s Marine Corp work.

“When the war ended, they disbanded the women Marines because they didn’t need us anymore, so I went home and worked in different things,” Orser said.

But she couldn’t stay out of the military long; her next career chapter found her attending nursing school at Yale University, as Orser sought to dabble in the dangerous but heroic duties of a flight nurse in the U.S. Air Force. For 16 months, she conducted air evacuations for injured military members across Korea and Japan during the Korean War. It was during Orser’s time in Japan that she met her husband Leon S. Orser, Jr.—an Air Force pilot who retired with the rank of Colonel.

Once the war ended, the seasoned war veteran again found herself contemplating her next venture. That’s when Orser agreed to tackle the critical and compassionate role of motherhood, giving birth to two daughters over the years.

While now a widow, Orser remains independent. The local veteran lives alone, still cuts her own grass and even drives, when necessary. But protecting her health in her older age is something she’s had to adjust to since the coronavirus pandemic struck earlier this year. As a precaution, she told family she didn’t think it necessary to celebrate her three-digit milestone birthday this fall, until after COVID-19 had passed.

“I hadn’t planned on (a birthday party), and I told my daughters we would have big family reunion after the pandemic,” Orser said.

But her daughters had other plans, surprising her on her special day—October 2—and adding another happy memory to Orser’s life.

In addition to her children, Orser boasts four grandchildren and seven great-grandchildren.