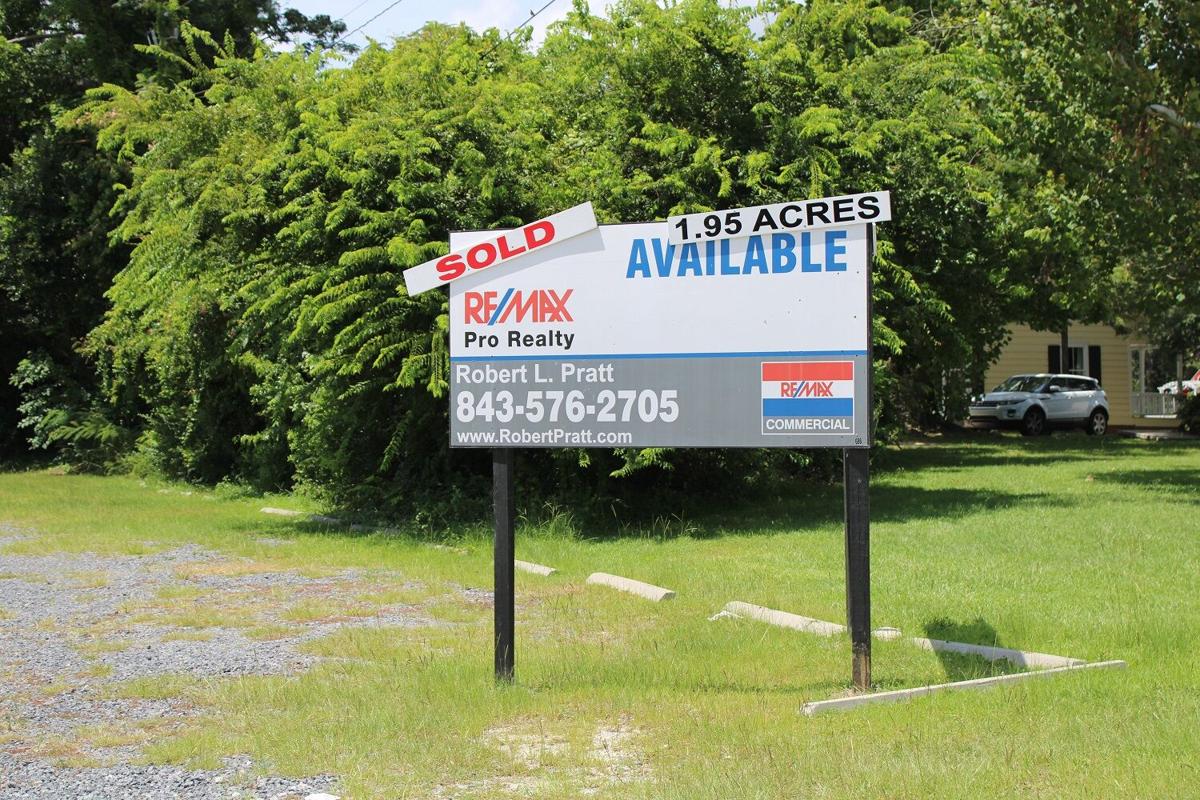 Big plans are in the works at 208 S. Cedar Street. 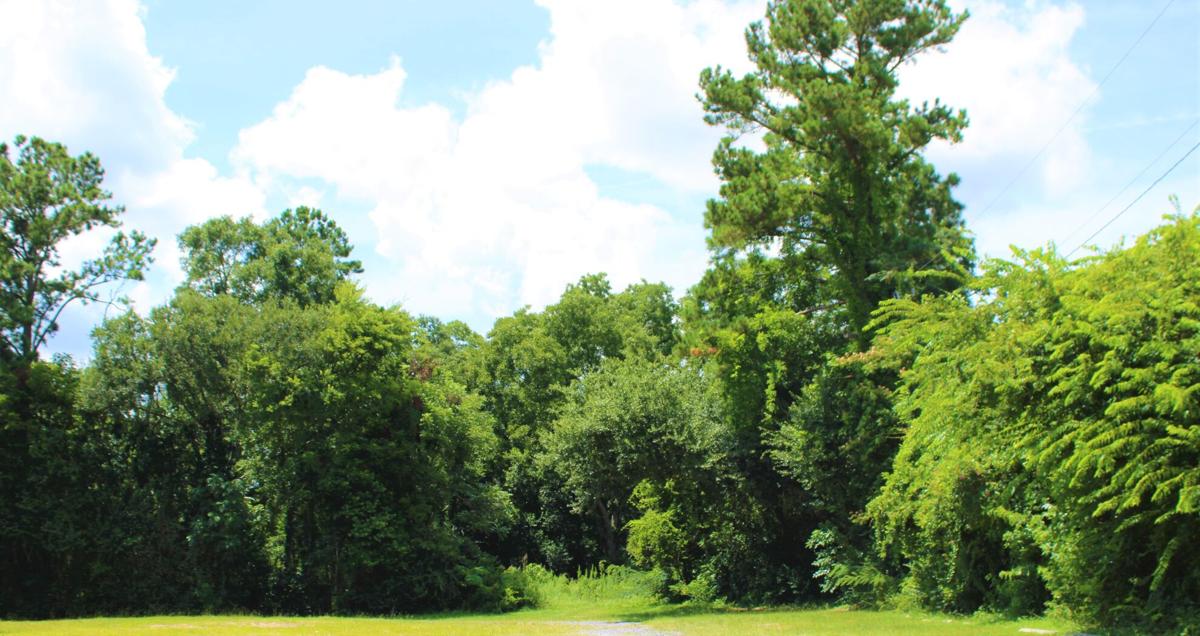 This tree-and-shrub area will soon be replaced by a mixed-use operation spearheaded by JJR Development LLC of Charleston. 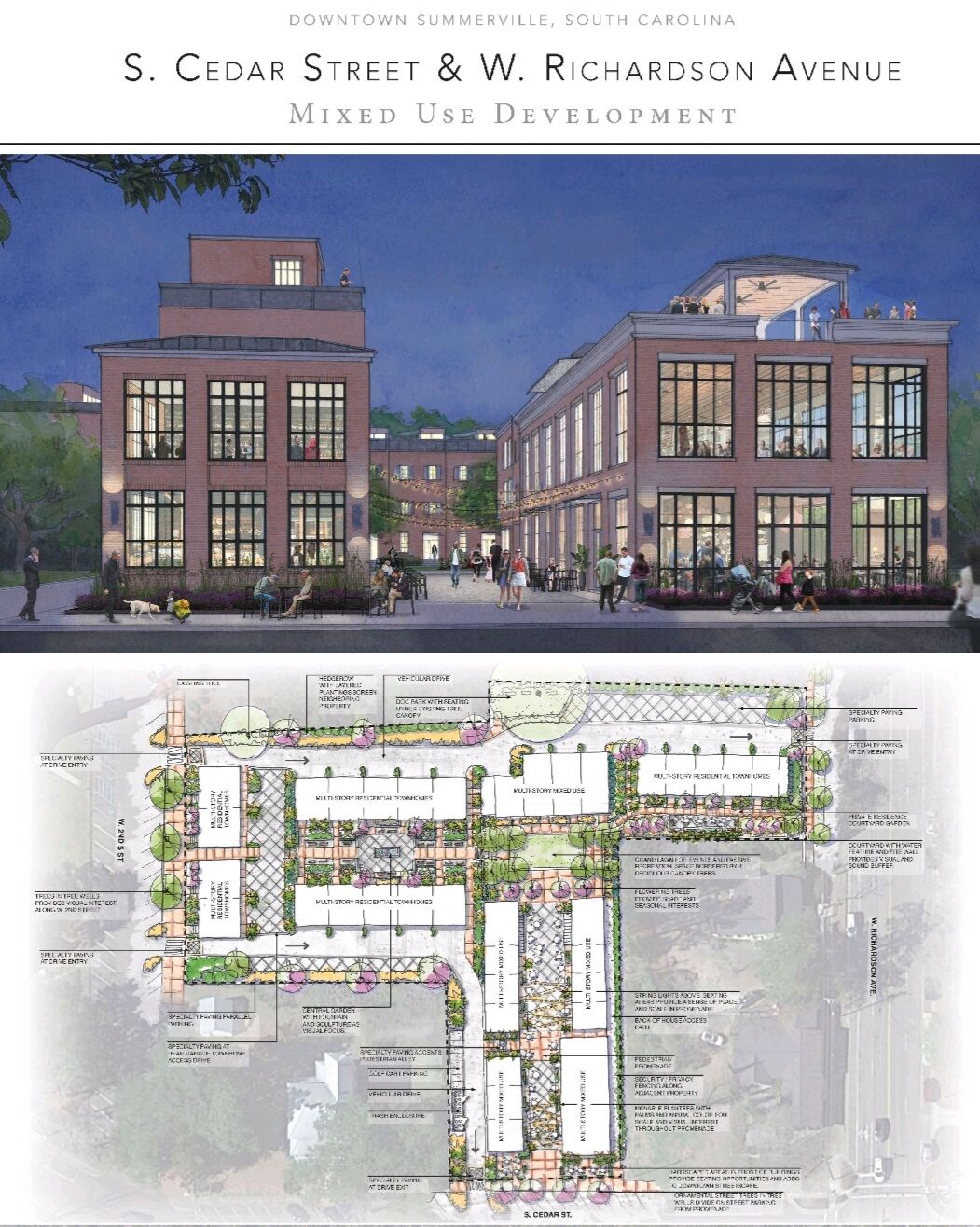 A visual rendering and blueprints indicate the construction of 33 custom residences, 10 retail shops, restaurants and other amenities, including a central fountain, benches and a park.

Big plans are in the works at 208 S. Cedar Street.

This tree-and-shrub area will soon be replaced by a mixed-use operation spearheaded by JJR Development LLC of Charleston.

A visual rendering and blueprints indicate the construction of 33 custom residences, 10 retail shops, restaurants and other amenities, including a central fountain, benches and a park.

In what’s being billed as “the biggest thing to happen in Summerville” since the opening of Guerin’s Pharmacy, plans are in the works to transform a vacant lot at 208 S. Cedar Street into a “fascinating” project, according to developer Jeffrey Roberts, when detailing the two-acre site.

Sitting almost directly across the Millie Lewis Models & Talent agency in Summerville’s Historic District, the unoccupied land was once slated to serve as the location for a boutique hotel and adjoining conference center as recently as 2016. But those designs fell through when the Town of Summerville and a private development group couldn’t come to terms on specifics.

The failed enterprise left many community members wondering about what would become of the approximately 87,000 square-foot expanse — until recently.

JJR Development LLC of Charleston officially acquired the downtown parcel from the town on June 6 following a series of meetings with the mayor, the local council, senior Town Staff members and area residents.

Further, the real estate venture was presented in its “conceptual format” to the Historic District Board of Architectural Review, for which it received “high accolades,” per JJR’s managing member Jeffrey Roberts.

The construction endeavor, he said, will comprise the addition of 33 condominium residences with individual roof decks, ringed by a park with tiered landscaping and a commercial promenade activated by 10 businesses and/or shops at the ground level.

What’s more, the mixed-use complex will include a 2.5-story, 7,000 square-foot hospitality venue and a smaller 2,000 square-foot commercial space, where the South Cedar entrance will be situated.

“Everyone’s extraordinarily excited,” Roberts told The Summerville Journal Scene, while highlighting the walkability of the neighborhood as an aspect that attracted him to the project.

“We have done other things in South Carolina, but this one fits like a glove with the existing zoning,” continued the acquisitions specialist, who reported that no zoning variances were required to consummate the transaction.

When asked about the make and character of the incoming retailers, Roberts assured that the new shops wouldn’t be beauty and/or nail design salons, but rather high-quality businesses that appeal to a wide range of age groups.

In that vein, the Mount Pleasant-based speculator envisions a bistro and additional restaurant that will cater to the local residents and working crowd. One of these eating establishments will feature a roof-top section.

As for parking, Roberts maintained that while spaces will be built for residents of the complex, he doesn’t see the need for extra spots given the 90 or so free spaces within a block of the development.

“We are powering through interior layouts and making sure everything is livable,” he explained, as he also touched on a construction timeline of six-to-months before shovels hit the dirt. The grand opening, it was noted, could be about two years away.

The real estate titan broached his overarching goal of enhancing the downtown area’s small-town feel and eclectic urban vibe. On that note, Roberts is determined to carry through by delivering innovation with a spirit of not being afraid of making good on objectives that have never been achieved in the past.

In addition to his seemingly indomitable entrepreneurial enthusiasm, the investor brings financial stability to the table.

He stated: “What sets us apart is we are local and finance these projects ourselves, so they are not hot, out-of-town money projects. So, we are fully invested in what we do and their outcome and legacy.”

With the support of town leaders, including Mayor Ricky Waring, Planning Director Jessi Shuler and others, Roberts and his design team are moving full bore to bring this multifaceted enterprise to fruition.

“We view the Historic District of Summerville to be ‘the real Summerville,’ and feel it is undergoing a renaissance if you will, and wish to add to that vibe and urban vitality,” he affirmed.