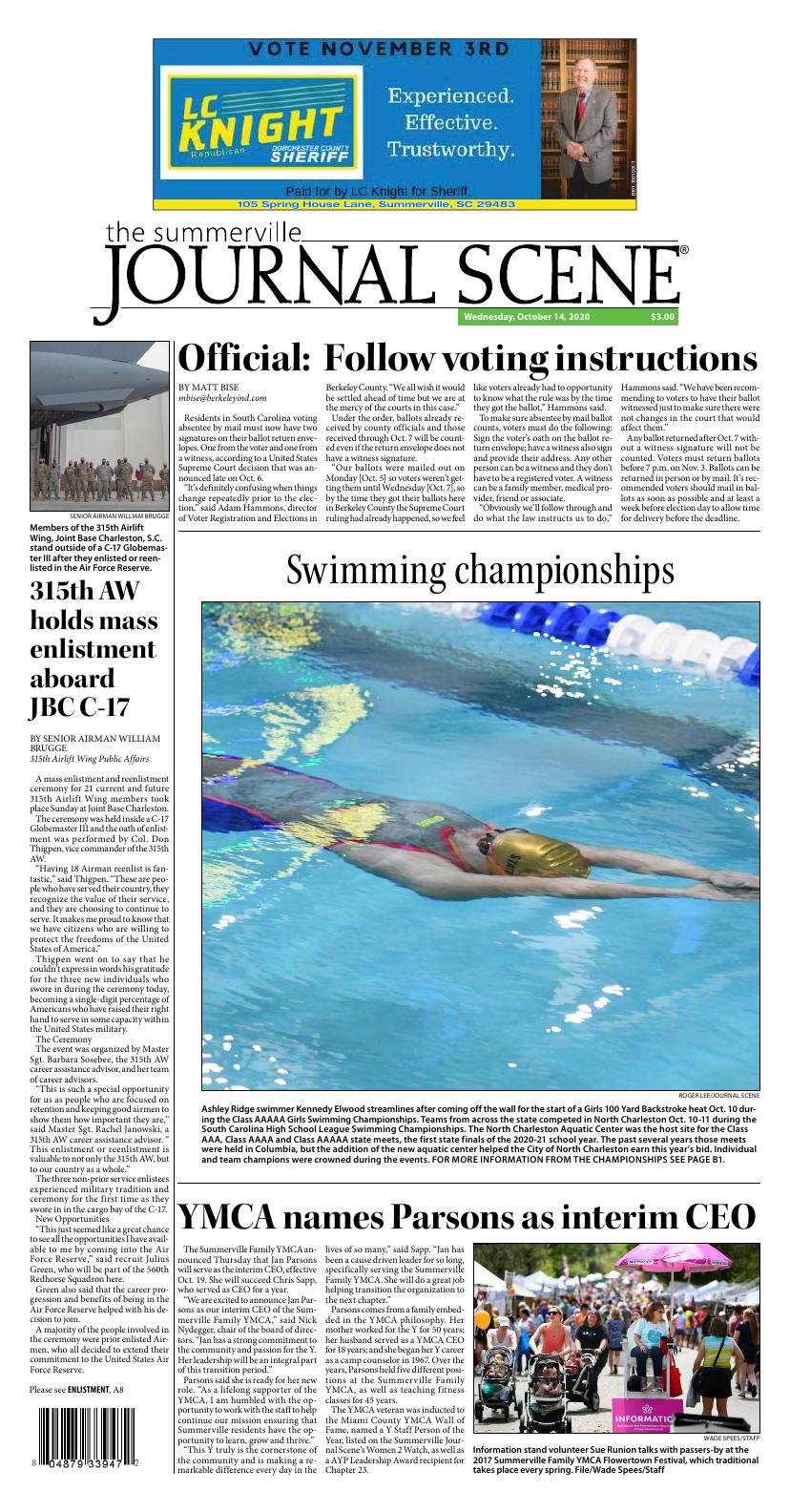 Residents in South Carolina voting absentee by mail must now have two signatures on their ballot return envelopes. One from the voter and one from a witness, according to a United States Supreme Court decision that was announced late on Oct. 6.

“It’s definitely confusing when things change repeatedly prior to the election,” said Adam Hammons, director of Voter Registration and Elections in Berkeley County. “We all wish it would be settled ahead of time but we are at the mercy of the courts in this case.”

Under the order, ballots already received by county officials and those received through Oct. 7 will be counted even if the return envelope does not have a witness signature.

To make sure absentee by mail ballot counts, voters must do the following: Sign the voter’s oath on the ballot return envelope; have a witness also sign and provide their address. Any other person can be a witness and they don’t have to be a registered voter. A witness can be a family member, medical provider, friend or associate.

“Obviously we’ll follow through and do what the law instructs us to do,” Hammons said. “We have been recommending to voters to have their ballot witnessed just to make sure there were not changes in the court that would affect them.”

Any ballot returned after Oct. 7 without a witness signature will not be counted. Voters must return ballots before 7 p.m. on Nov. 3. Ballots can be returned in person or by mail. It’s recommended voters should mail in ballots as soon as possible and at least a week before election day to allow time for delivery before the deadline.

Ashley Ridge swimmer Kennedy Elwood streamlines after coming off the wall for the start of a Girls 100 Yard Backstroke heat Oct. 10 during the Class AAAAA Girls Swimming Championships. Teams from across the state competed in North Charleston Oct. 10-11 during the South Carolina High School League Swimming Championships. The North Charleston Aquatic Center was the host site for the Class AAA, Class AAAA and Class AAAAA state meets, the first state finals of the 2020-21 school year. The past several years those meets were held in Columbia, but the addition of the new aquatic center helped the City of North Charleston earn this year’s bid. Individual and team champions were crowned during the events. For more information from the championships see Page B1.

Teams from across the state competed in North Charleston Oct. 10-11 during the South Carolina High School League Swimming Championships.

The North Charleston Aquatic Center was the host site for the Class AAA, Class AAAA and Class AAAAA state meets, the first state finals of the 2020-21 school year. The past several years those meets were held in Columbia, but the addition of the new aquatic center helped the City of North Charleston earn this year’s bid.

Individual and team champions were crowned during the events. For more information from the championships see Page B1.

The Summerville Family YMCA announced Thursday that Jan Parsons will serve as the interim CEO, effective Oct. 19. She will succeed Chris Sapp, who served as CEO for a year.

“We are excited to announce Jan Parsons as our interim CEO of the Summerville Family YMCA,” said Nick Nydegger, chair of the board of directors. “Jan has a strong commitment to the community and passion for the Y. Her leadership will be an integral part of this transition period.”

Parsons said she is ready for her new role. “As a lifelong supporter of the YMCA, I am humbled with the opportunity to work with the staff to help continue our mission ensuring that Summerville residents have the opportunity to learn, grow and thrive.”

“This Y truly is the cornerstone of the community and is making a remarkable difference every day in the lives of so many,” said Sapp. “Jan has been a cause driven leader for so long, specifically serving the Summerville Family YMCA. She will do a great job helping transition the organization to the next chapter.”

Parsons comes from a family embedded in the YMCA philosophy. Her mother worked for the Y for 50 years; her husband served as a YMCA CEO for 18 years; and she began her Y career as a camp counselor in 1967. Over the years, Parsons held five different positions at the Summerville Family YMCA, as well as teaching fitness classes for 45 years.

The YMCA veteran was inducted to the Miami County YMCA Wall of Fame, named a Y Staff Person of the Year, listed on the Summerville Journal Scene’s Women 2 Watch, as well as a AYP Leadership Award recipient for Chapter 23.

Members of the 315th Airlift Wing, Joint Base Charleston, S.C. stand outside of a C-17 Globemaster III after they enlisted or reenlisted in the Air Force Reserve.

Col. Don Thigpen, Vice Commander of the 315th Airlift Wing, Joint Base Charleston, congratulates members of the 315th AW after they affirm or reaffirm their commitment to the United States Air Force Reserve Oct. 4, 2020

The ceremony was held inside a C-17 Globemaster III and the oath of enlistment was performed by Col. Don Thigpen, vice commander of the 315th AW.

“Having 18 Airman reenlist is fantastic,” said Thigpen. “These are people who have served their country, they recognize the value of their service, and they are choosing to continue to serve. It makes me proud to know that we have citizens who are willing to protect the freedoms of the United States of America.”

Thigpen went on to say that he couldn’t express in words his gratitude for the three new individuals who swore in during the ceremony today, becoming a single-digit percentage of Americans who have raised their right hand to serve in some capacity within the United States military.

The event was organized by Master Sgt. Barbara Sosebee, the 315th AW career assistance advisor, and her team of career advisors.

“This is such a special opportunity for us as people who are focused on retention and keeping good airmen to show them how important they are,” said Master Sgt. Rachel Janowski, a 315th AW career assistance advisor. “ This enlistment or reenlistment is valuable to not only the 315th AW, but to our country as a whole.”

The three non-prior service enlistees experienced military tradition and ceremony for the first time as they swore in in the cargo bay of the C-17.

“This just seemed like a great chance to see all the opportunities I have available to me by coming into the Air Force Reserve,” said recruit Julius Green, who will be part of the 560th Redhorse Squadron here.

Green also said that the career progression and benefits of being in the Air Force Reserve helped with his decision to join.

A majority of the people involved in the ceremony were prior enlisted Airmen, who all decided to extend their commitment to the United States Air Force Reserve.

“I was really excited about the opportunity to reenlist on the plane,” said Staff Sgt. Kharmen Washington, an air transportation specialist with 38th Aerial Port Squadron here. “I was really nervous and apprehensive when I first signed up, but after being in the Air Force Reserve and growing my military family, I had to reenlist.” 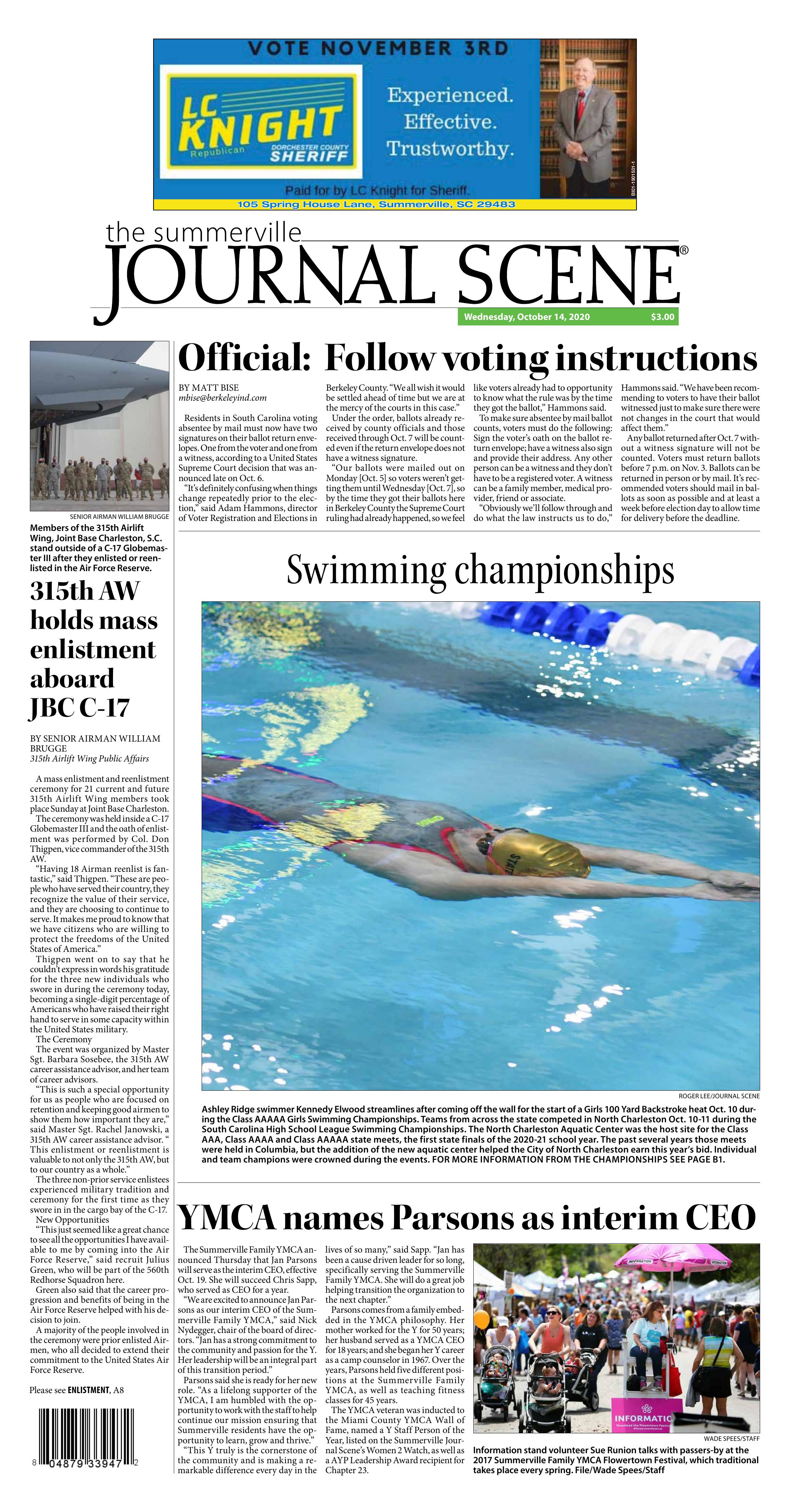