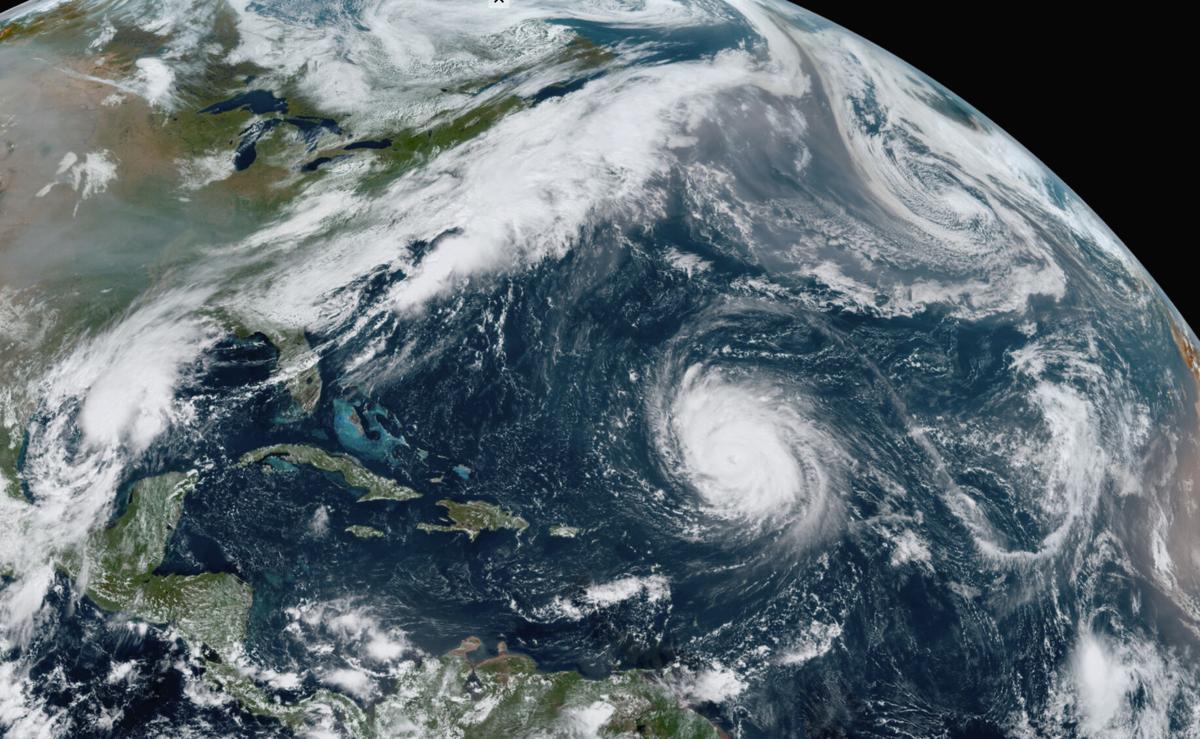 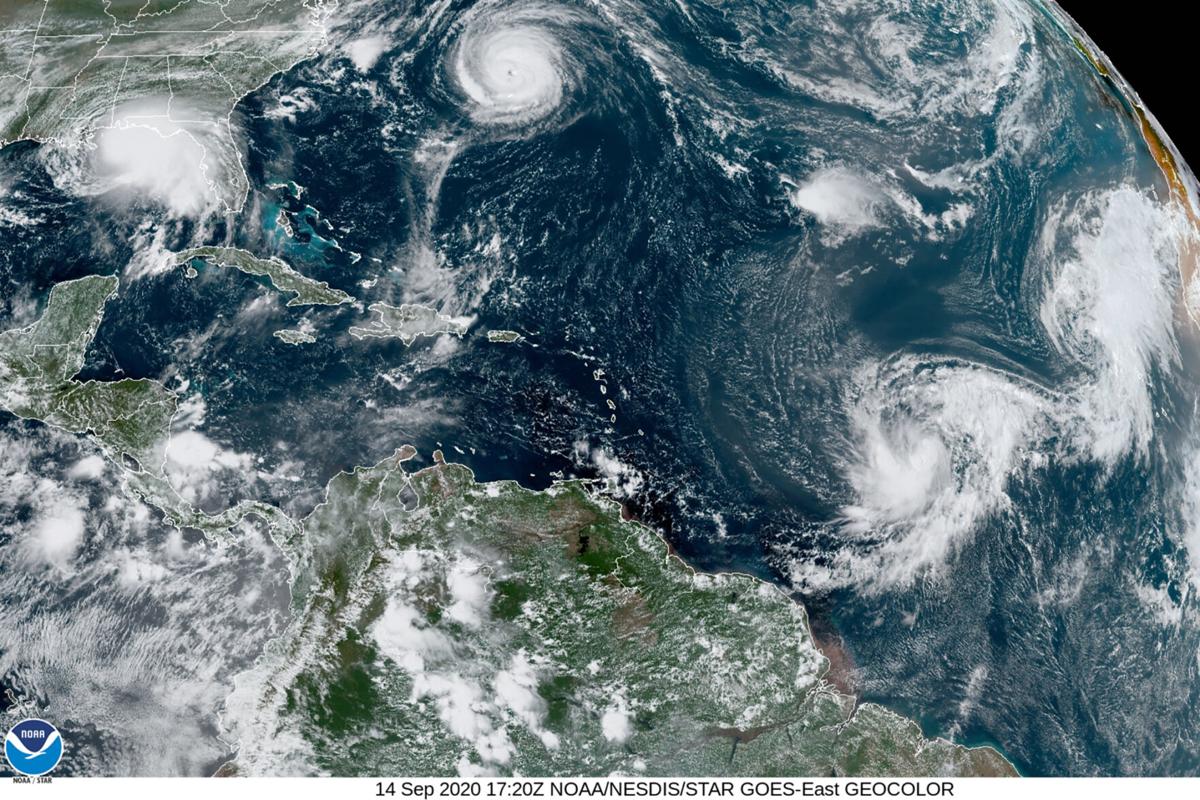 This satellite image shows five tropical cyclones churning in the Atlantic basin at 5:20 p.m. GMT on Monday, Sept. 14, 2020. The storms, from left, are Hurricane Sally over the Gulf of Mexico, Hurricane Paulette over Bermuda, the remnants of Tropical Storm Rene, and Tropical Storms Teddy and Vicky. File/NOAA/HOGP/AP

A zombie lumbered across the Atlantic last month.

It was former Hurricane Paulette, back from the dead in one of many striking episodes in the hyperactive 2020 hurricane season.

'Zombie' storm: How Paulette regained strength before its end

Paulette first emerged from a tropical wave off the coast of western Africa on Sept. 7 and took a relatively typical path: sweeping east away from the Cape Verde Islands, strengthening into a hurricane before curving north over Bermuda, and hitting Category 2 strength, with winds peaking at 117 mph.

The National Hurricane Center's warnings have sharpened, but dilemmas remain

But from there, the path became less conventional.

Instead of washing into Canada or dissipating in northern waters, the system took a tour of the Atlantic. Paulette shot into open waters to the northeast, dropping south of the Azores, then hooking to the east below the islands.

As it swept to the south, the storm re-gained tropical storm intensity briefly, before falling apart for good on Sept. 23.

It's not the first time a cyclone has reanimated, or, in hurricane speak, arose like a zombie.

Because 2020, we now have Zombie Tropical Storms. Welcome back to the land of the living, Tropical Storm #Paulette pic.twitter.com/98QNEaTr4S

Since the beginning of the satellite era in 1966 there have been 21 total storms that were named, fell apart and then re-gained tropical characteristics (basically: the characteristic counter-clockwise spin in the northern hemisphere, and convection around the center of a system).

That's an average of one storm every 2½ years, said Kim Wood, an assistant professor at Mississippi State University.

The last time a storm had fallen apart but then re-formed was Ivan in 2004, she said.

The looping track around the Atlantic, as well, was abnormal but not unprecedented.

"With regard to track, Paulette was odd, yet we've had more wild-looking ones!" Wood said.

She mentioned several other storms, including Leslie in 2018, which wound itself in a track that looked like a knot in the central Atlantic and then headed off for the Iberian Peninsula.

Still, Paulette stands out as the only storm to re-form in the Atlantic in 16 years, making it notable in a record-breaking season that has so far spat out 23 named storms.

These types of storms are still being researched, said Brian McNoldy, a senior researcher at the University of Miami Rosenstiel School of Marine and Atmospheric Science.

Scientists are still analyzing all the ingredients that might lead to a zombie storm.

"It's enough of an oddity to fit in well with the rest of the odd season," McNoldy wrote on his tropical weather blog.