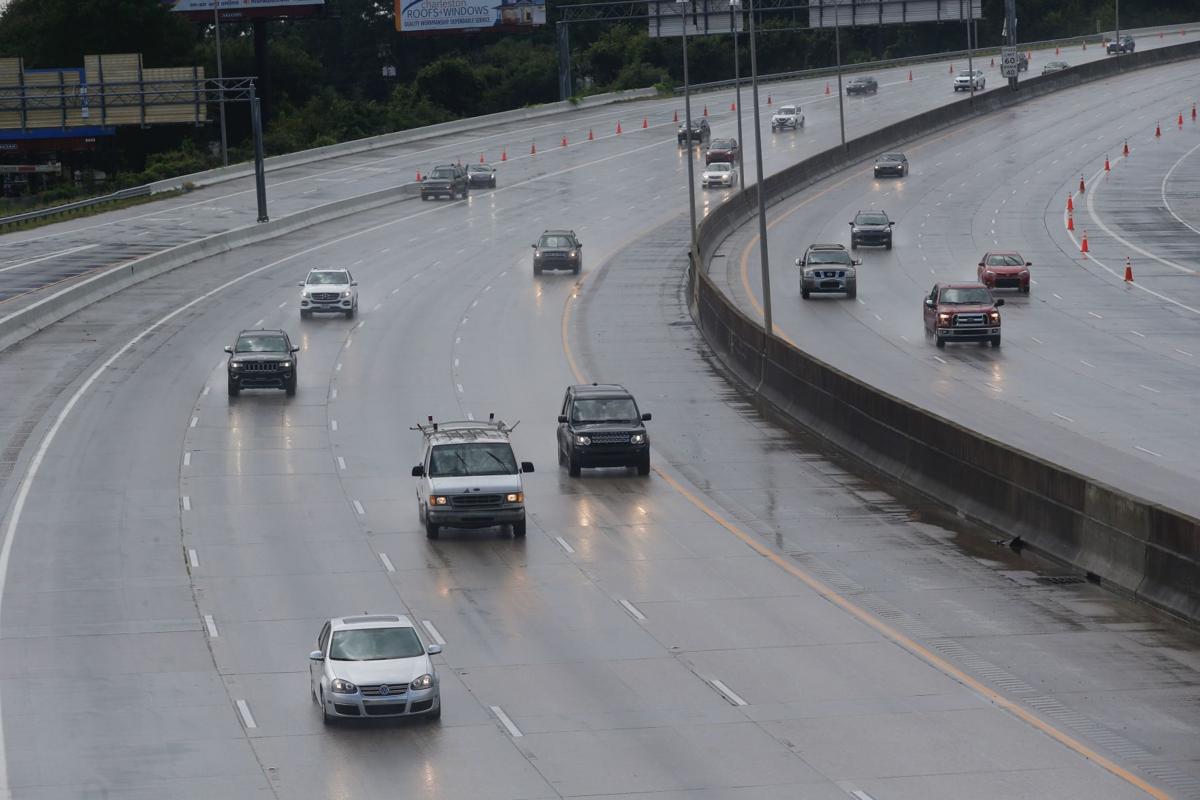 Motorists travel out of the Charleston area on I-26, Monday, Sept. 2. Lanes have been reversed to accommodate travelers evacuating before Hurricane Dorian. (Andrew J. Whitaker/Staff)

Apple users received an emergency alert around noon on Sept. 2 urging them to evacuate in preparation for Hurricane Dorian.

South Carolina governor Henry McMaster formally issued a mandatory evacuation for approximately 830,000 residents of multiple coastal counties Sunday — but what does a "mandatory evacuation" really mean? Do you have to leave your home if you're in one of the evacuation zones?

The short answer: No — although it's still most advisable to follow guidelines set forth by emergency officials.

While coastal evacuations can be frustrating, they're an important precautionary measure for keeping you out of direct harm.

"We know that we cannot keep everybody happy, but we believe we can keep everyone alive," McMaster said yesterday while announcing the evacuation.

It doesn't use the word "mandatory," but a state law does give the governor power to "direct and compel" an evacuation in anticipation of an emergency or natural disaster. But that law doesn't outline any specific penalty for those who don't heed authorities' directions.

McMaster also pointed out during preparations for Florence last year that if storm surge infiltrates your home or leaves you in a dangerous situation, it was your decision not to leave.

In other words, you won't be thrown in jail or face a fine if you're sticking around during a mandatory evacuation. But you need to be prepared to fend for yourself.

Still, the safest way to prepare yourself for the effects of a hurricane is to evacuate when it's called for.

"We urge you to evacuate, especially if you live in a low-lying area," Charleston Mayor John Tecklenburg said during a press conference Monday. "If someone stays in harm's way, they're basically putting our precious first responders at risk."

This is the third time in four years that an evacuation has been ordered for the Charleston area. McMaster also issued a mandatory evacuation last year as Hurricane Florence tracked toward the Southeast coast.

For those planning to evacuate, traffic lanes have been reversed on I-26 from Charleston to Columbia and on U.S. 278 from Hilton Head. Those reversals took effect at noon on Monday.

At the current time, Dorian is a strong category 4 hurricane with wind speeds at 155 mph. It's slowly nearing the eastern coast of Florida, and is then expected to sharply turn northward toward Georgia and South Carolina.

Forecasters anticipate the storm being a category 2 as it approaches the South Carolina coast. The most recent models shows the storm tracking about 80 miles out from Hilton Head Island at 8 a.m. Thursday.

Matthew Clough is The Post and Courier's engagement editor. He joined the team in 2017 after graduating from the University of Kansas with degrees in journalism and English literature. He previously worked as a digital producer with The Kansas City Star.