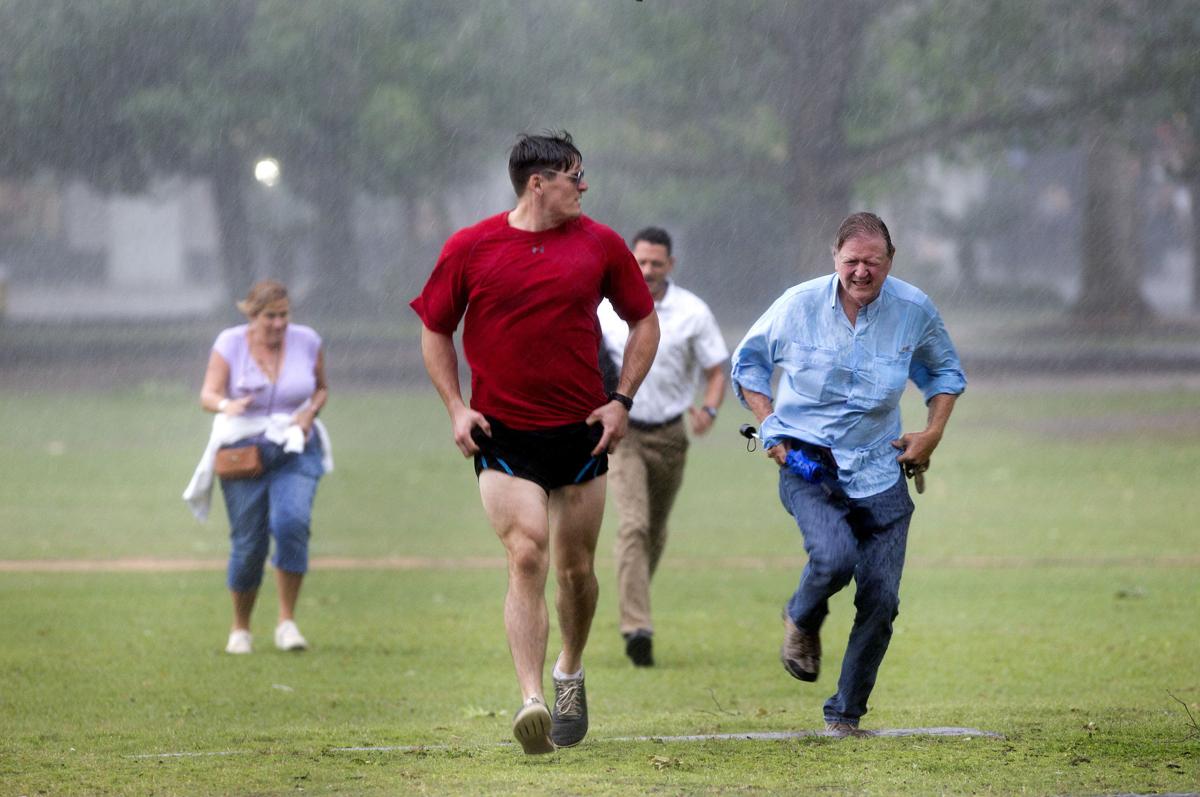 Visitors run for cover in an alcove leading in to the Embassy Suits as the sky opens up drenching Marion Square in April 2019. File/Grace Beahm Alford/Staff 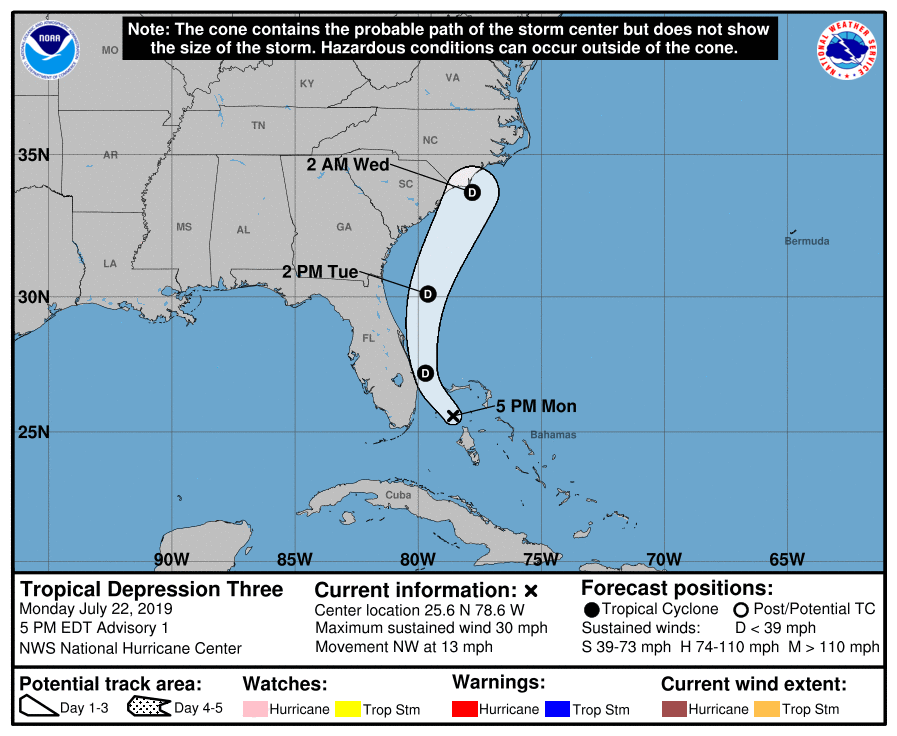 A storm that erupted Monday in the Bahamas could bring more rain to the overheated South Carolina coast by Wednesday but isn't expected to become a tropical storm.

The National Hurricane Center on Monday named the storm a tropical depression — a weaker version of a tropical storm — after it developed circling winds near 30 mph.

A tropical storm would have winds 10 mph stronger.

It was forecast to track offshore and potentially make landfall in North Carolina but is not likely to be considered a tropical system when it does.

It would be the first dose of heavy offshore weather in South Carolina in the hurricane season so far.

A burst of windy showers and thundershowers moving through South Carolina is already expected to bring rain from Tuesday through Thursday. Meteorologist Steve Rowley with the National Weather Service office in Charleston said that storm should keep the depression out to sea.

The worst the depression could do, if it tracks nearer to the coast, is add to the rain already headed through, he said.

As recent as Sunday, the storm wasn't expected to turn tropical and surprised forecasters when it did.

"Wow, that was fast," Charleston-based meteorologist Shea Gibson with the private company WeatherFlow posted on his Facebook page. "This little area blew up a good bit."

The hurricane center said the depression will run into dry air before it meets the winds and rain — conditions that are only "marginally favorable" for it to get stronger.

South Carolina farmers have been waiting months to find out how much money they will be able to claim in federal funds meant to ease the financial burden from years of natural disasters. And there doesn't appear to be an end in sight.