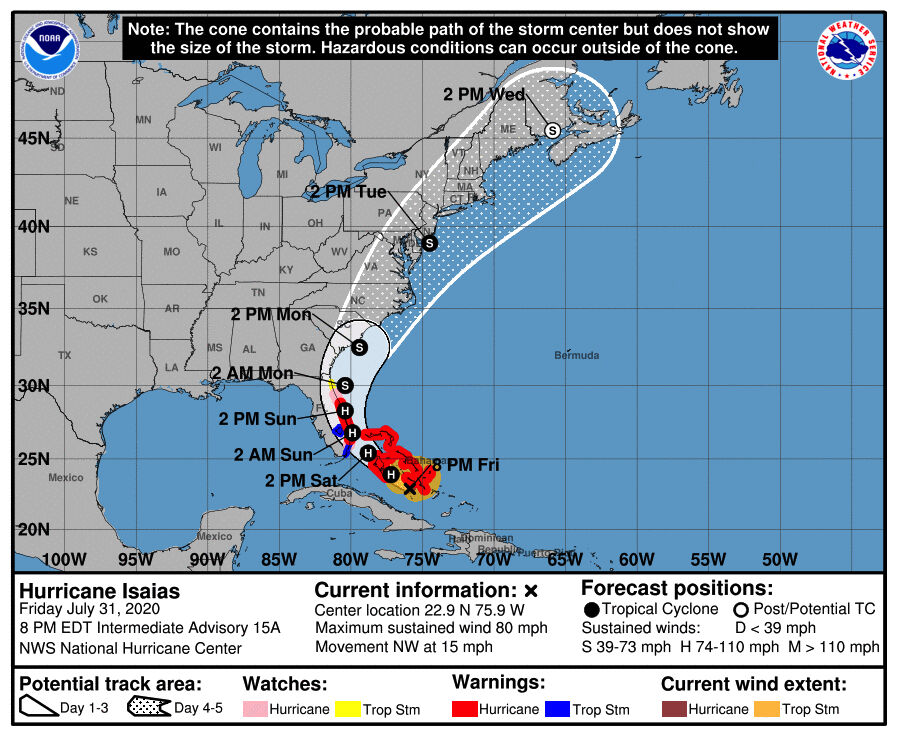 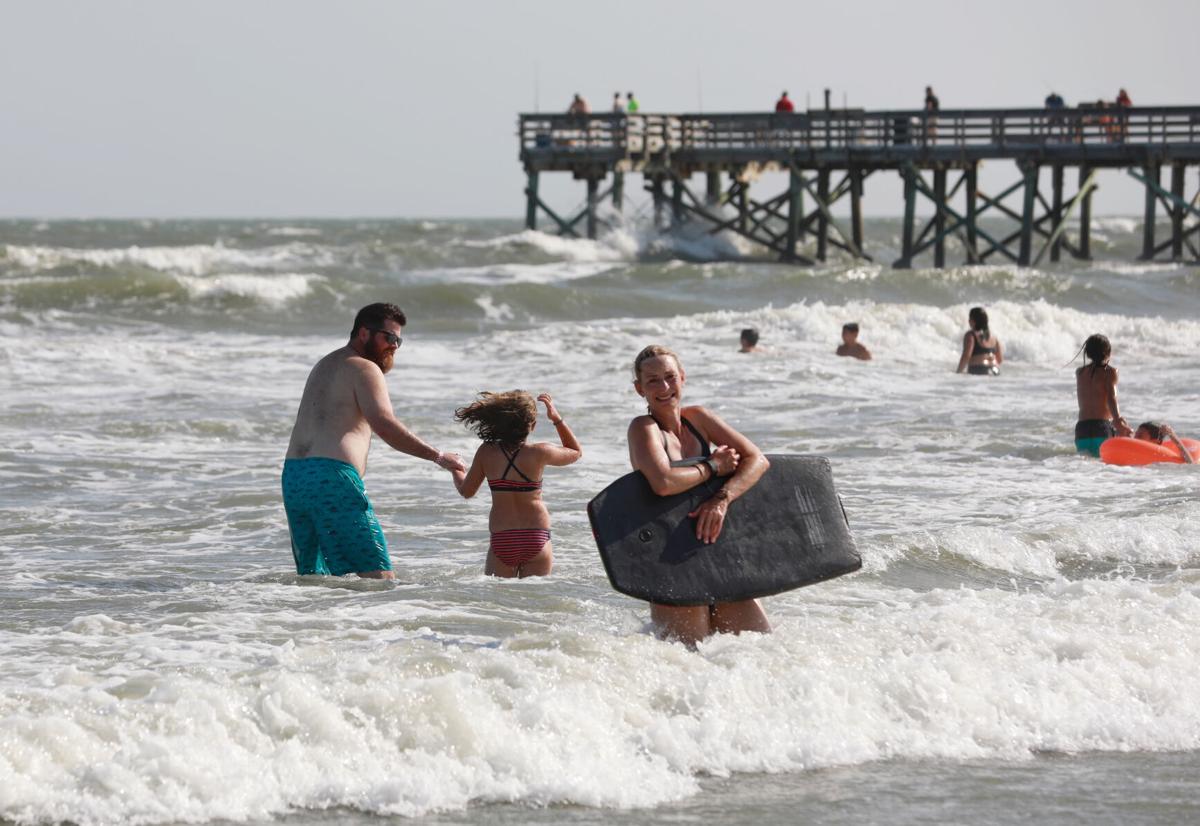 Hurricane Isaias, a lumbering tropical cyclone that has proven tricky to predict, is forecast to scrape up the Atlantic coast over the weekend.

While forecast to buzz South Carolina, it's possible the system (pronounced ees-ah-EE-ahs) lands somewhere on the state's coast as a tropical storm on Monday. Either way, consensus was building on Friday that some impacts will come to the Lowcountry and Grand Strand, heavy rains and storm surge among them.

Gov. Henry McMaster said in a Friday afternoon news conference that he was not planning to call a mandatory evacuation in advance of the storm. Emergency managers generally want an evacuation to commence 36 to 48 hours before a storm arrives, and that window was beginning to close.

“We’ve been through these before, as you know, so we’re fully prepared,” McMaster said. “We’re hoping this storm will not hit us hard, if it hits at all.”

Kim Stenson, director of the S.C. Emergency Management Division, said Charleston, Berkeley and Dorchester counties are considering shelter requests for people who are concerned their homes can't sustain high winds and have nowhere else to go.

“No evacuations are being planned, but we will probably have to support some sheltering for those people that may be in structures that they feel are unsafe during a tropical storm or hurricane force winds,” Stenson said.

If shelters open, screening will be in place to ensure nobody who is obviously ill enters in an attempt to stem the spread of COVID-19. The state has had to drastically modify its sheltering plan this year, and can keep only 20 percent of the people that may need assistance in traditional shelter spaces, using hotels for the rest.

Stenson said supplied of masks and hand sanitizer have already been sent to coastal areas in case they're needed for those in shelter.

Isaias was hovering over the Bahamas as a Category 1 hurricane on Friday, and struggled against dry air and wind shear in the early part of the day. The center of rotation gradually tightened as Friday wore on, indicating that Isaias was strengthening.

"Additional strengthening is expected later (Friday) and early Saturday, and Isaias is forecast to remain a hurricane for the next couple of days," the National Hurricane Center said.

The cyclone was battling a ridge of high atmospheric pressure to its north, which has continued to encourage it closer to the mainland United States. Recent forecast updates have slowly pushed the predicted track of the storm west. In the Hurricane Center's 8 p.m. update, Isaias was expected to make landfall or brush the eastern coast of Florida from Saturday afternoon through Sunday.

Meteorologists at the Hurricane Center expect tropical-storm-force winds to arrive at the southern end of South Carolina's coast Sunday night at the earliest. As the storm pushes by, it could bring 2 to 4 inches of rain, before exiting north up the East Coast as a tropical storm late Monday into Tuesday.

Ron Morales, a meteorologist with the National Weather Service's Charleston office, urged Friday afternoon that Lowcountry residents should start making preparations for a storm to arrive.

Initial models of storm surge predicted as much as a 9-foot tide at Isaias' closest brush, which is 2 feet higher than the point where flooding starts in Charleston. But Morales said that projection, like many for the hurricane, would likely change as the track becomes clearer.

Coastal residents can expect flooding and strong winds, along with high surf and rip currents. Authorities have issued a small craft advisory through Monday evening.

“We are certainly praying this hurricane stays off shore,” Charleston Mayor John Tecklenburg said. “But we are making preparations and will be ready if need be.”

It's possible the city will start offering sandbags to fill and open up city garages for free parking as it does every time a cyclone approaches, but that decision had not been made as of early Friday afternoon. Right now, Charleston has 75,000 sandbags and a stockpile of 90,000 masks for emergency personnel.

"We're really uneasy this year because of COVID, so we want everything to be as wire-tight as we can get it," Emergency Management Director Shannon Scaff said.

The city was not planning to board up windows and did not encourage local businesses to do that yet either.

After reviewing the storm's forecast Friday night, city officials announced the opening of parking garages to residents free of charge.

Boats, trailers and golf carts are not allowed in the garages, officials said.

In Florida, officials said they were closing beaches, marinas and parks in Miami-Dade County beginning Friday night. Mayor Carlos Giménez said the county had 20 evacuation centers on standby that could be set up with COVID-19 safety measures.

Authorities in North Carolina ordered the evacuation of Oracoke Island, which was slammed by last year's Hurricane Dorian, starting Saturday evening. Meanwhile, officials in the Bahamas evacuated people in Abaco who have been living in temporary structures since Dorian as well as people living in the eastern end of Grand Bahama.