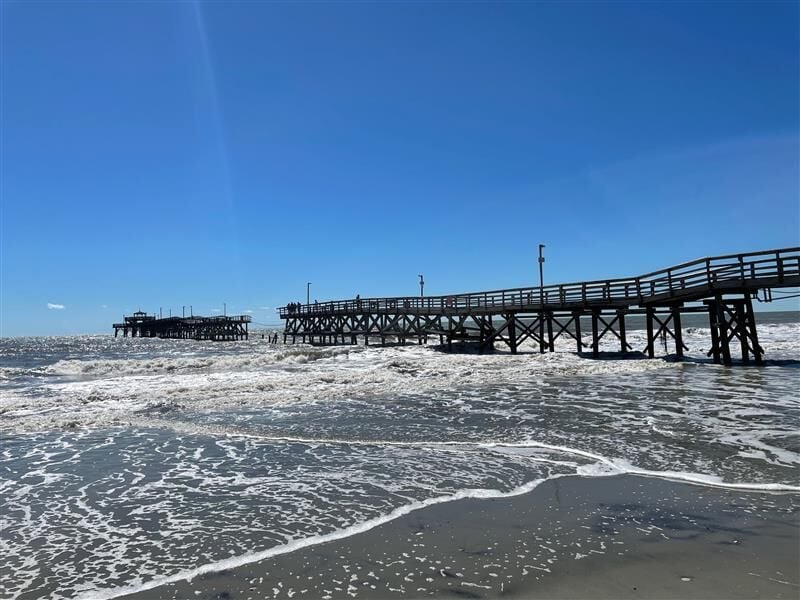 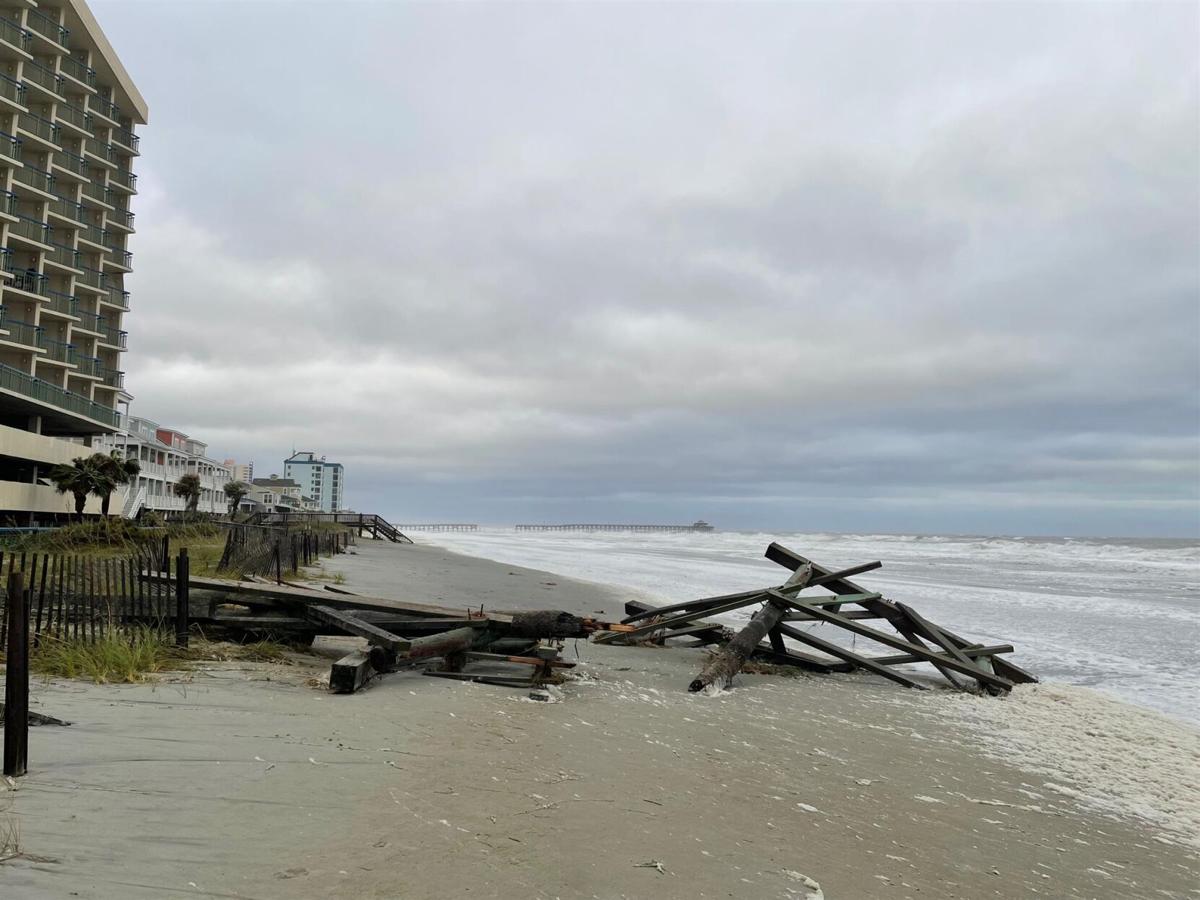 Cherry Grove pier in North Myrtle Beach was one of three pier known to be damaged during the Sept. 30 hurricane. Richard Caines/Staff 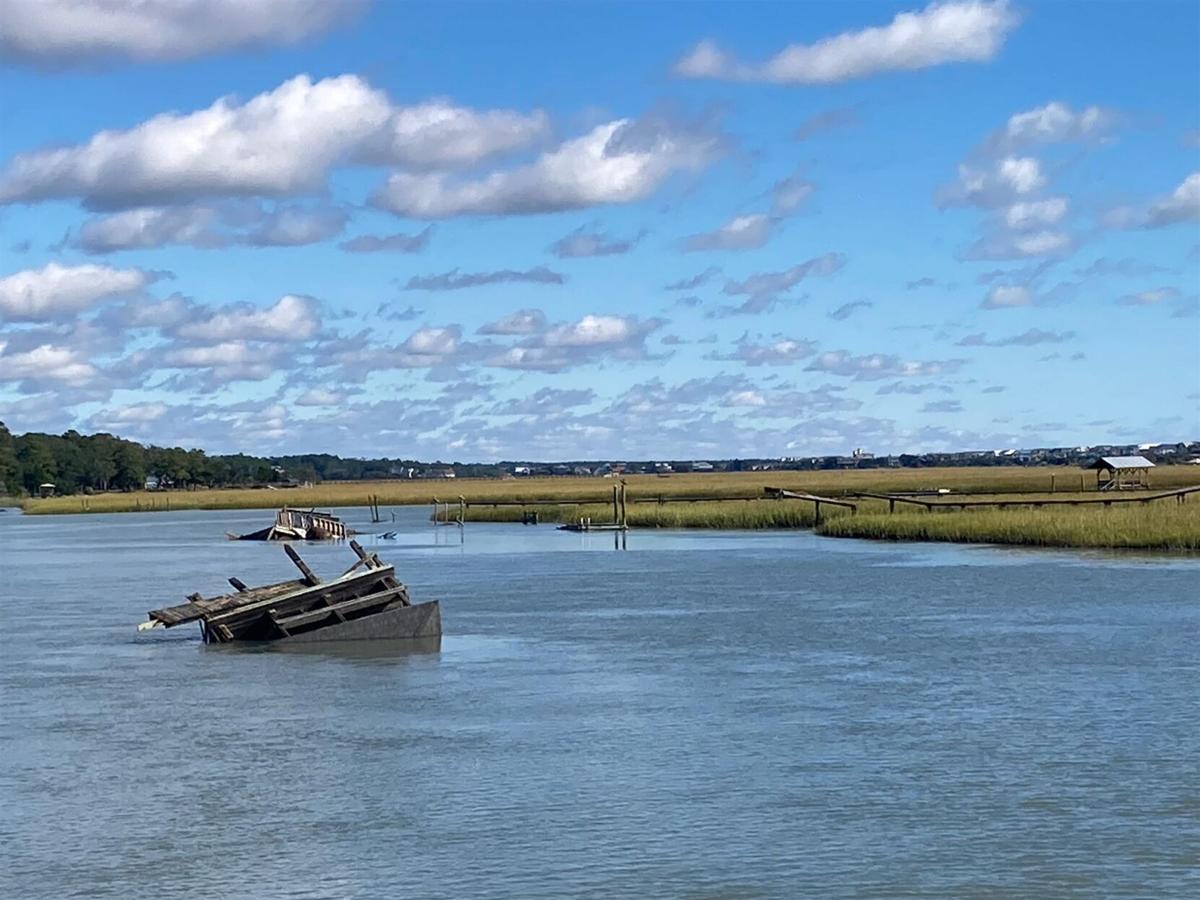 Besides the pier, some personal docks on Pawleys Island were also destroyed by Hurricane Ian. Mike Woodel/Staff 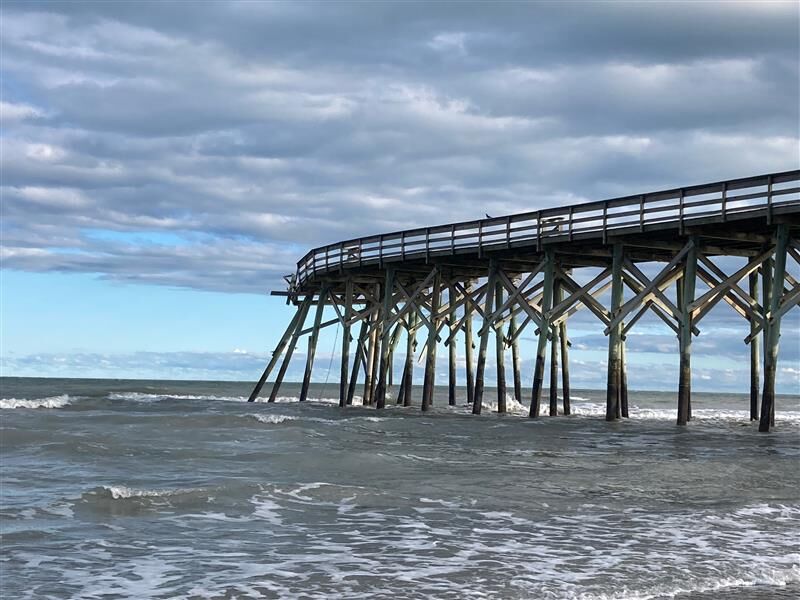 The pier at Pawleys Island was damaged Sept. 30 when Hurricane Ian made landfall in Georgetown County. Mike Woodel/Staff.

Cherry Grove pier in North Myrtle Beach was one of three pier known to be damaged during the Sept. 30 hurricane. Richard Caines/Staff

Besides the pier, some personal docks on Pawleys Island were also destroyed by Hurricane Ian. Mike Woodel/Staff

The pier at Pawleys Island was damaged Sept. 30 when Hurricane Ian made landfall in Georgetown County. Mike Woodel/Staff.

At least five piers suffered damage over a 50-mile stretch from the Cherry Grove Pier in North Myrtle Beach, which lost its middle section amidst crashing waves, to the Pawleys Island Pier, part of which was swept away in the storm Sept. 30.

Parts of the Apache Pier off of Lake Arrowhead Road just north of Myrtle Beach, as well as the 2nd Avenue Pier in Myrtle Beach, collapsed during the storm, according to officials.

A portion of the Sea Cabin Pier near the point in Cherry Grove was damaged. A section of the pier was also destroyed in 2020 by Hurricane Isaias.

The piers attract fishing enthusiasts and tourists looking for wind-swept walks over the ocean. Sharks can be seen swimming around the pilings.

But by sticking out hundreds of feet in the ocean, they become casualties in major storm. The Cherry Grove Pier, one of the region's most popular, was among the piers wiped out by Hurricane Hugo in 1989.

“Making repairs this morning and cleaning up after the storm,” Cherry Grove Pier officials said on a social media post. “We will rebuild better than ever. Hopefully we will be able to spot fish a small section once we are inspected and given the all clear.”

Nathaniel Carson and Charles Carson have been on vacation in Cherry Grove since Sept. 29  with relatives, but the duo drove over to the pier on Oct. 1, like many others, to see how damaged it was.

Nathaniel Carson noted how fast the storm surge moved into the area, damaging their vehicles. Charles Carson said he went outside after the storm passed and found the ocean water was up to his knee.

Jackie and Steve Harrison made it through the storm in Little River with no damage, but made it a point to drive a few miles away to visit the legendary pier now missing its middle half.

They were there to document the day for their son and daughter in law, who recently went home after a two-week vacation and stayed near the 985-foot long pier.

Steve Harrison pointed out the Atlantic Ocean’s waves passing almost halfway through the pier to Jackie who took a couple of photographs just as a television news helicopter flew overhead.

Before moving down from Maryland in 2016, Jackie said the duo used to stay at the Apache Campground, where a portion of its pier was also lost during the hurricane. The Apache Pier markets itself as being the East Coast’s longest wooden pier.

The end of the Pawleys Island pier collapsed and floated south during the storm, Pawleys Island Police Department tweeted at 1:23 p.m. during the Category 1 hurricane, which made landfall just south of Georgetown at 2:05 p.m. on Sept. 30.

On the morning of Oct. 1, Pawleys Island Town Administrator Daniel Newquist said he is unsure if the entire pier will be rebuilt or only the collapsed portion.

“I don’t know if it just makes more sense to rebuild the whole thing, or if they are able to inspect and ensure the beach side of the pier is in decent shape,” Newquist said.

Wooden piers have take the brunt of damage from the recent spate of storms.

In Surfside Beach, where an all-concrete pier is under construction after a wooden pier was destroyed in 2016's Hurricane Matthew, contractors with Consensus Construction surveyed the pier following Hurricane Ian and said there does not appear to be any structural damage, Town Administrator Robert Blomquist said.

Coastal South Carolina is bracing for more erosion this week, just over a month after storm surge from Hurricane Ian damaged dunes and washed away sand from several beaches in the state.  Read moreFrom Myrtle Beach to Hilton Head, expect coastal erosion possible from Nicole