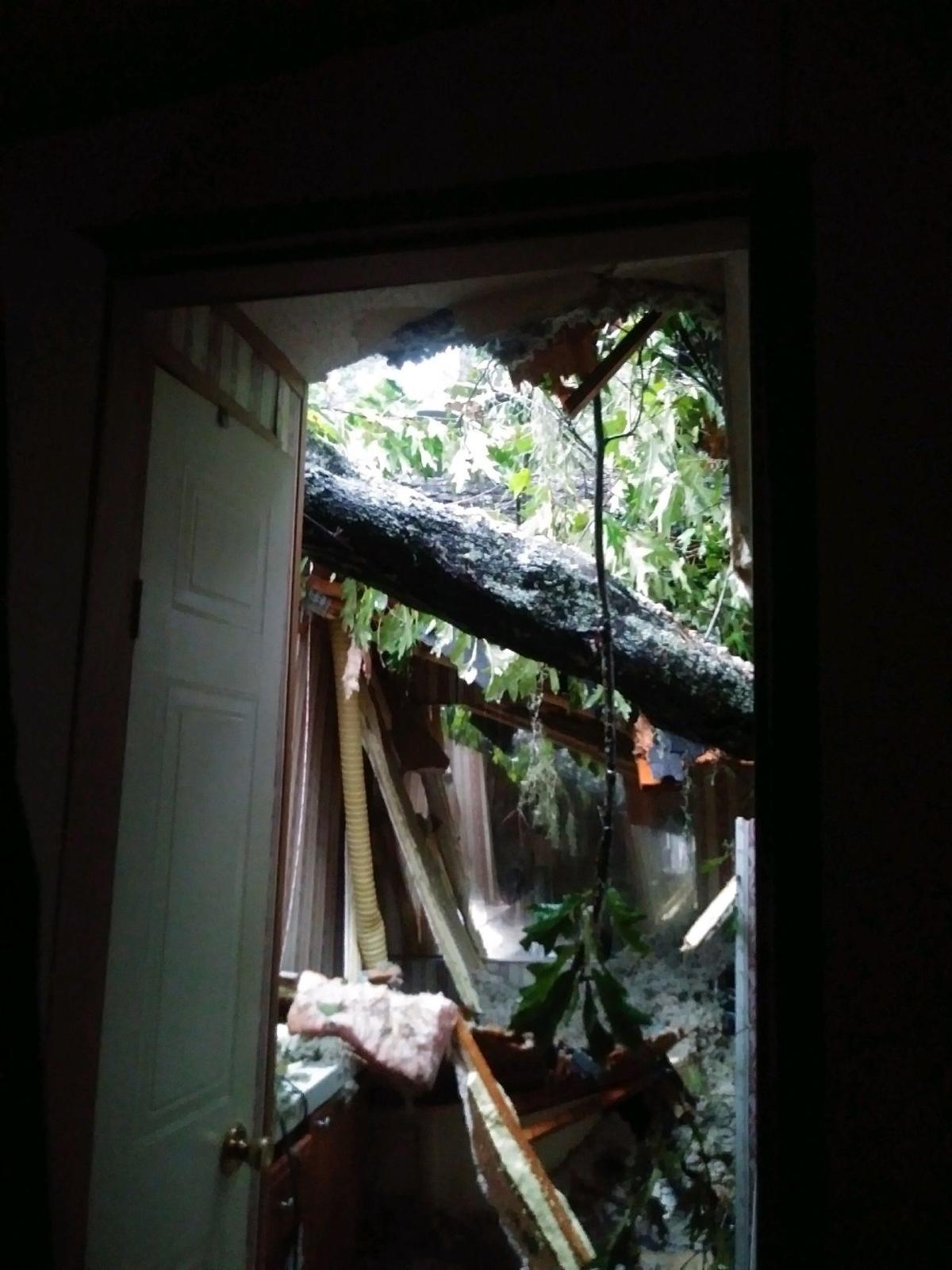 Winds from Hurricane Dorian toppled a tree onto the roof of Melanie Warren's home off Chisholm Road on Johns Island. Melanie Warren/Provided 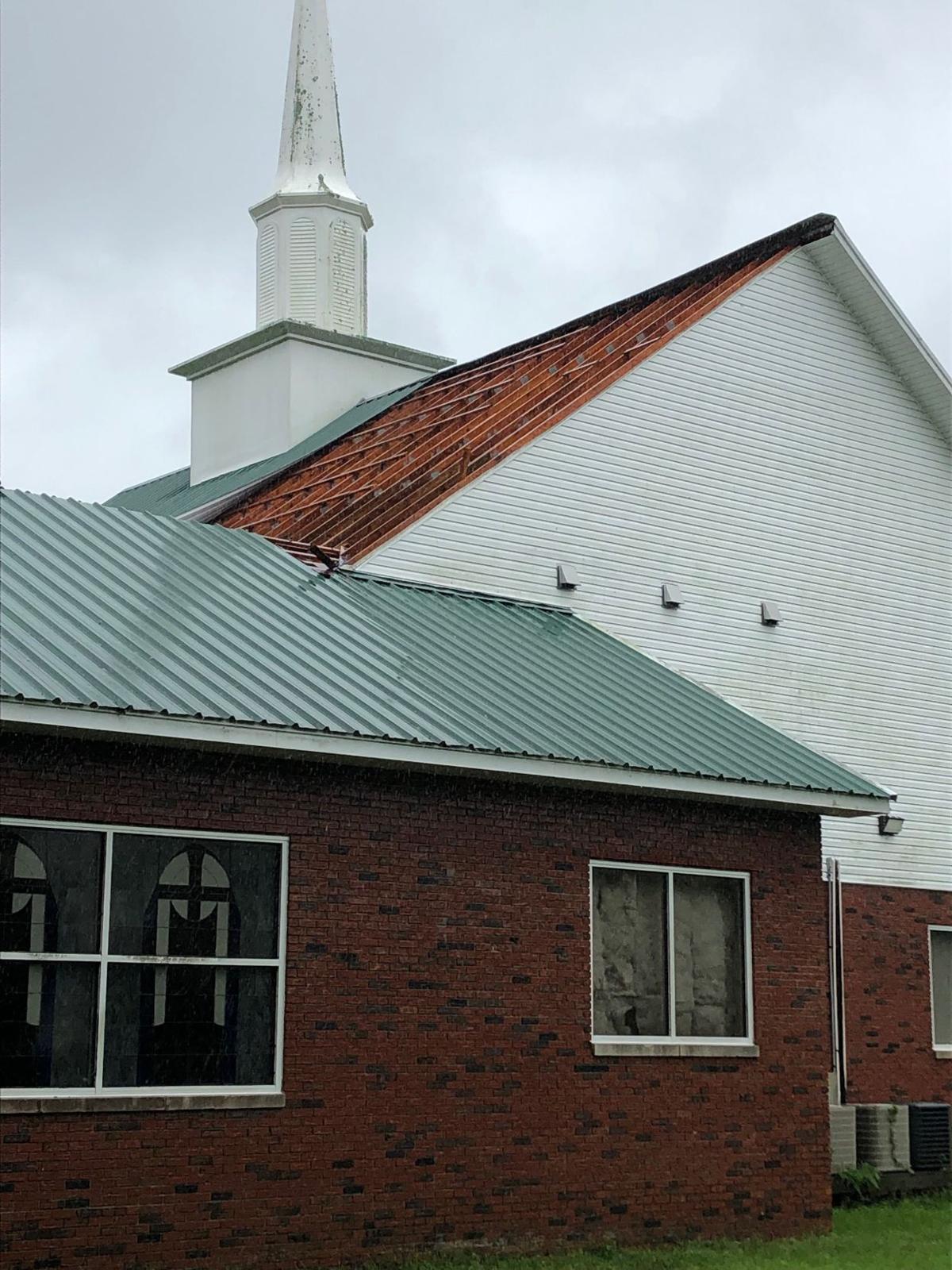 Winds from Hurricane Dorian toppled a tree onto the roof of Melanie Warren's home off Chisholm Road on Johns Island. Melanie Warren/Provided

As residents of James and Johns islands and West Ashley emerged from their homes Thursday, many did not report much flooding but said they were still dealing with heavy rain, downed trees and debris kicked up by Hurricane Dorian.

Melanie Warren and her husband Dax woke with a start around 4 a.m. when a neighbor's oak tree crashed through the roof of their home on Chisholm Road on Johns Island, landing just 7 feet from their bed.

"When I opened my eyes, all I could see was dust and debris, and (my husband) was screaming and yelling for me," Melanie Warren said. "I knew immediately what had happened."

The couple's 16-year-old son and several pets slept through the ordeal. The family plans to stay in the mobile home, where they've lived for about 10 years, until Dorian subsides.

On James Island, winds blew a portion of the metal roof from the foyer and auditorium of Holy City Church on Fort Johnson Road, pastor Brian Powell said. The building was previously a school and its old roof was still protecting part of the building, he said.

Powell said church leadership was alerted of the damage by a Charleston police officer who's a neighbor of one of Holy City's pastors. Powell evacuated on Tuesday with his family but another pastor visited the church Thursday morning with members of the congregation to survey the damage and move items to unexposed areas of the building.

The pastor said he and his congregation have faith that God will help them pull through the the repair process.

"We’re very thankful that there’s no loss of life," Powell said. "Property can be replaced. Thankfully the Bible teaches us that the church is not a building, it's people."

James Island residents reported power outages and high winds, but no serious flooding or fallen trees near their homes.

City Councilman Harry Griffin said his district in West Ashley is "pretty devastated" with at least a dozen homes damaged by tree. Additionally, "every stoplight" from Glenn McConnell Parkway, S.C. Highway 61 and up to Sam Rittenberg Boulevard were out as of early afternoon.

Rikki Butler Davenport, a resident of the Hemmingwood neighborhood, said trees from a neighbor’s property and an easement fell, shattering a swing set.

Iris Knabenhans Majer, a resident in Grand Oaks Plantation, said limbs and branches were down in her yard and water was filling up a nearby retention pond.

Some roads, but no major thoroughfares, were blocked in Sherwood Forest, Oak Forest, Charlestowne Estates, Northbridge and Dupont Station.

Power was out or inconsistent throughout the area.

“I can hear transformers humming and switching over occasionally,” said Andrea Turpin, a resident of the Westover area. “Otherwise, no major damage.”