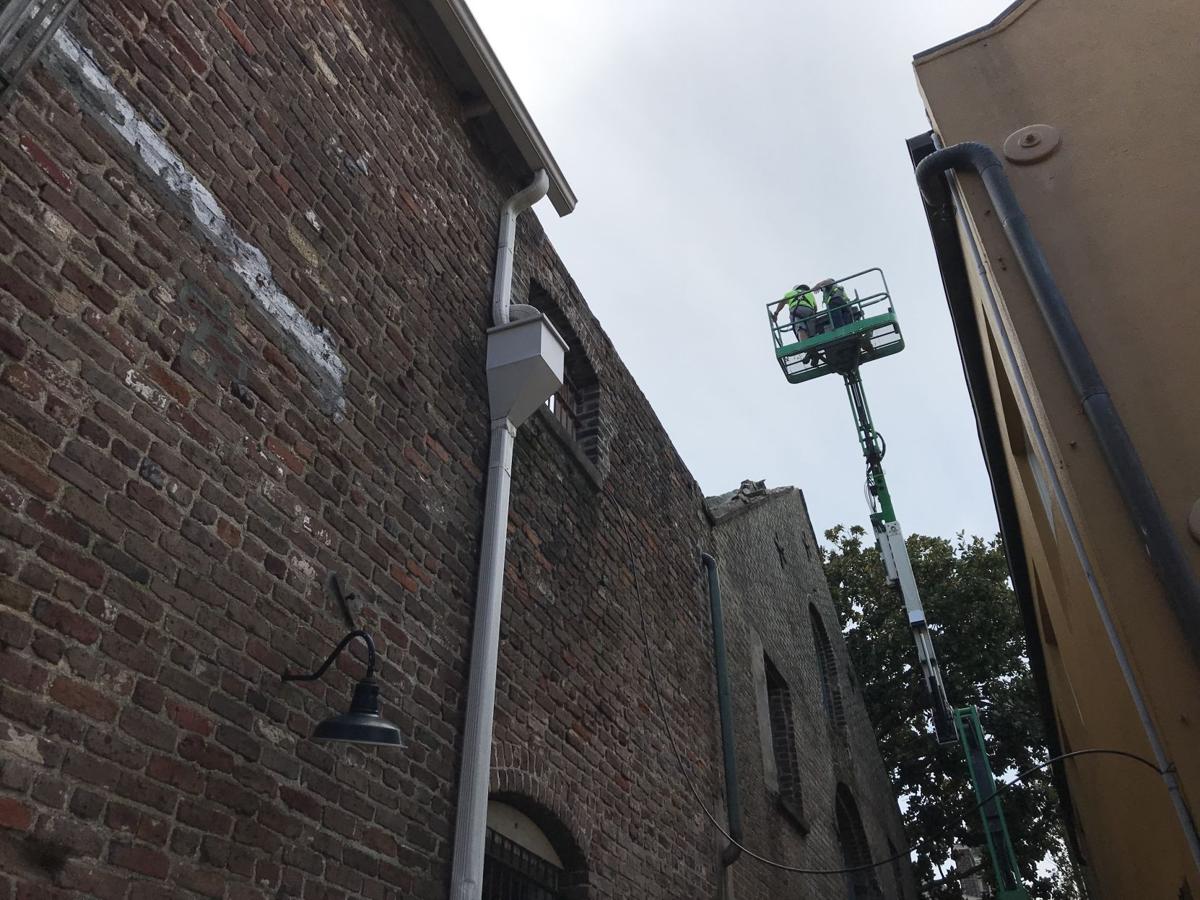 Charleston City Architect Dennis Dowd inspects a damaged copper roof on an office building just off East Bay Street. He was taking a look as part of a post-Dorian damage survey. Robert Behre/Staff 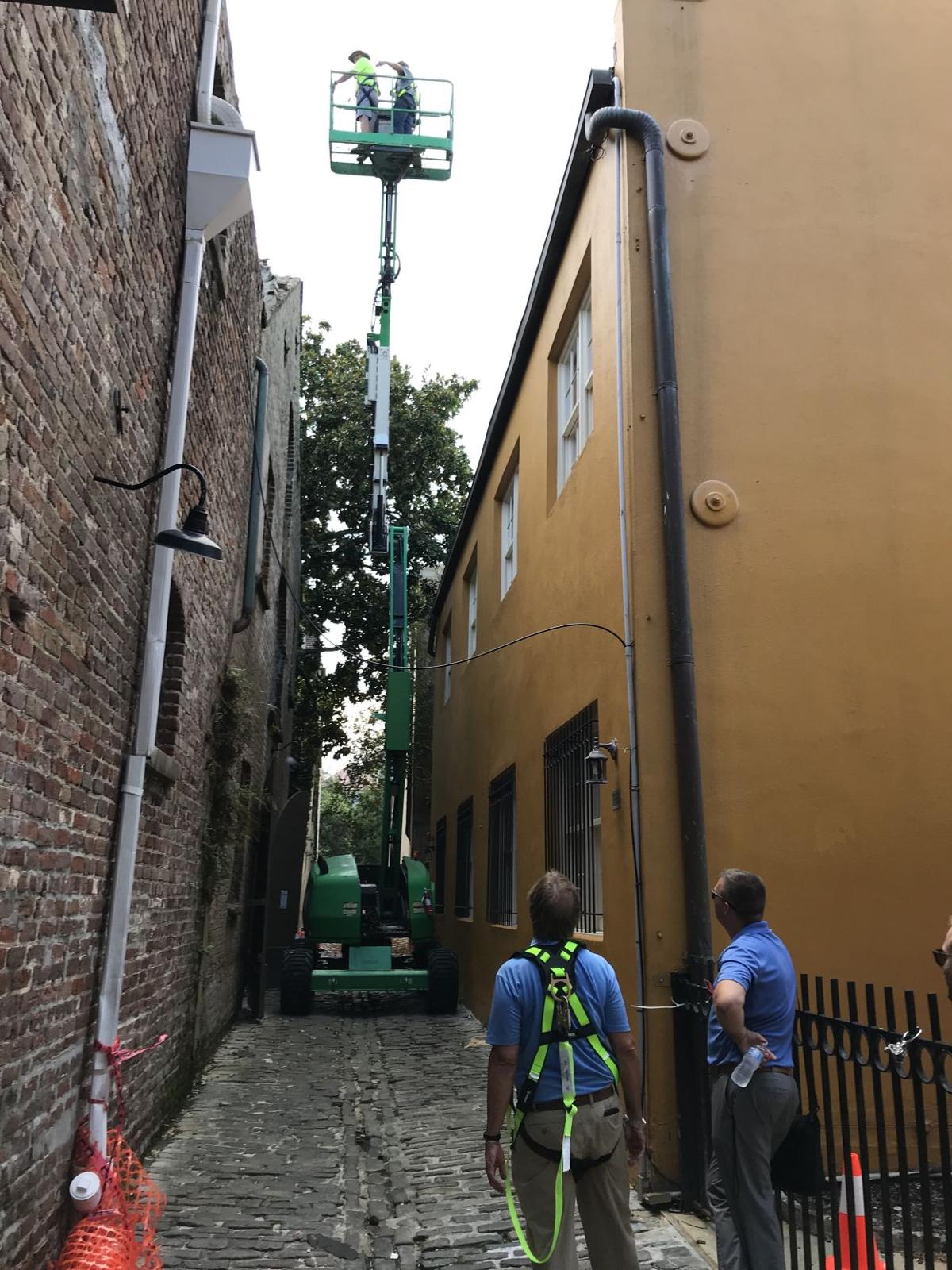 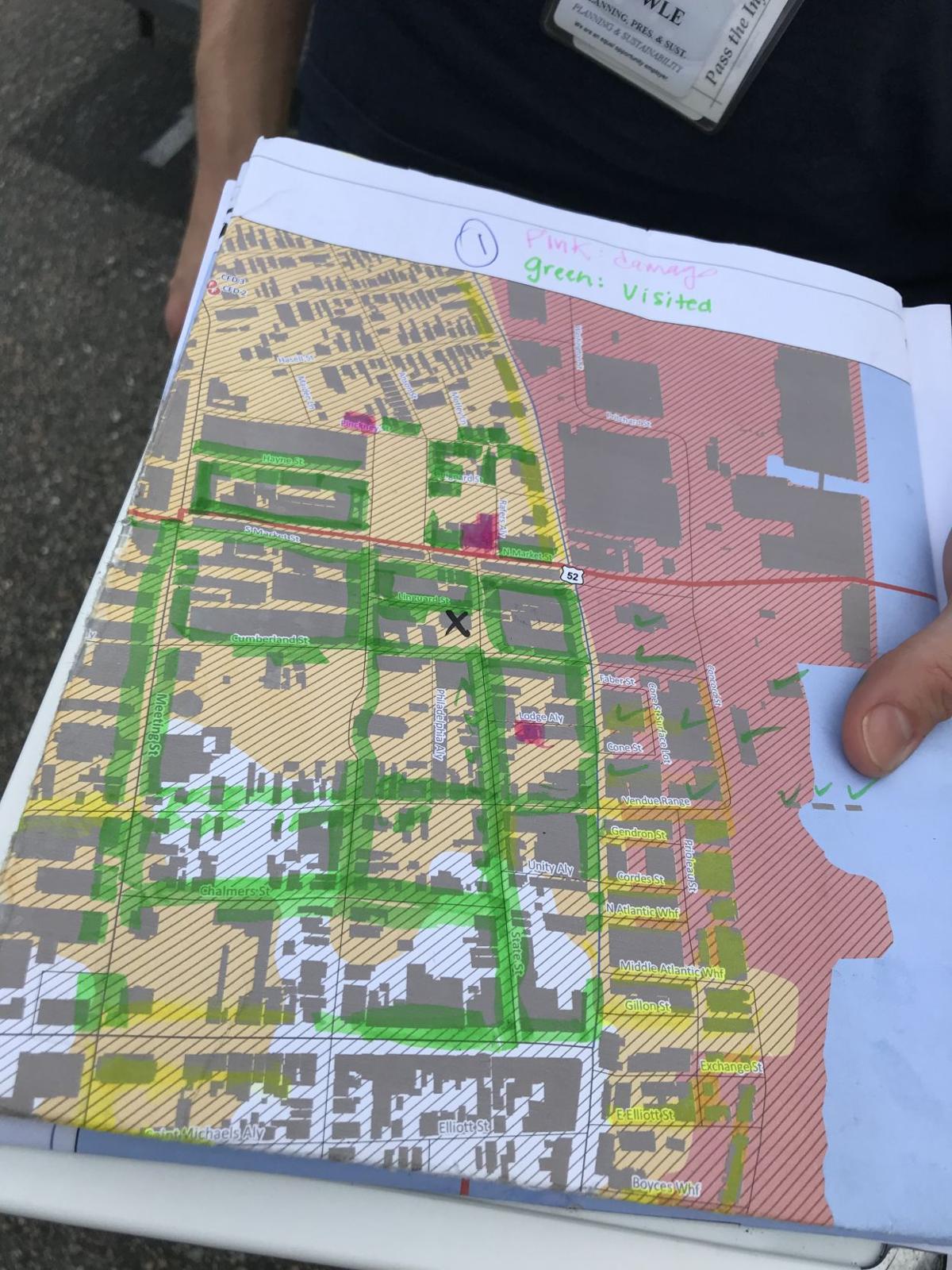 Charleston City Architect Dennis Dowd inspects a damaged copper roof on an office building just off East Bay Street. He was taking a look as part of a post-Dorian damage survey. Robert Behre/Staff

Hurricane Hugo damaged buildings across the region 30 years ago, but in Charleston's historic district — where rules for repairs and rebuilding are among the nation's strictest — the damage posed a monumental challenge for city officials who had to review all the work.

That's why after Hurricane Dorian passed by last week, the city's survey teams began a new approach to document storm damage with preservation in mind.

Six staffers with the Board of Architectural Review spent recent days inspecting all buildings in flood zones on the peninsula. They not only documented the water damage per Federal Emergency Management Agency rules, but they did a separate survey to document damage to historic buildings and grounds. It's the first of its kind in Charleston.

Charleston Planning Director Jacob Lindsey put the system in place after last year’s hurricane, foreseeing a need for better record-keeping on the city’s historic buildings. That's how he got the idea to piggyback on the FEMA survey work.

While this new historic survey won't matter much in Dorian's wake since so few buildings were damaged, it could be crucial when the city suffers its next big hit.

“We want to be prepared, so if we do have a more extreme event in the future, our BAR staff will be able to respond and assist our residents to help them get their buildings restored as quickly as possible,” he said.

City Architect Dennis Dowd and staffer Alex Howle walked past buildings north and south of the City Market earlier this week, using a green marker on a map to indicate those without damage. But they did inspect a Lodge Alley building whose copper roof was being held in place by a magnolia tree.

After seeing the damage firsthand in a contractor's boom lift, Dowd entered some notes in a database, complete with photos taken on the scene.

Dowd said one advantage of the new system is that BAR staff will be out in the field following the next big storm or earthquake, essentially taking the permit office to the property owners.

"If we had a major event where there was damage to several historic structures or every other structure, we could document and authority people to temporarily secure it on the spot," Dowd said.

One night that changed Charleston forever

Having more BAR staff in the field also may lead to better work.

"There was so much damage (after Hurricane Hugo in 1989) that contractors were coming in from all over the place," Dowd said. "The quality of the work was not controlled."

Preservationists working to save blighted properties

It's a preservation problem as old as Charleston's preservation movement -- what to do about scores of abandoned, falling down homes and shops.

Hurricanes are never good for business, but, much like the storm itself, Hurricane Dorian's hit to Charleston's tourism industry could have been much worse.

Black architects in Charleston are scarce. It's not a problem unique to South Carolina.

The Directory of African American Architects lists seven black architects who work in Charleston, North Charleston and Johns Island. Across the state, there are only about 20.