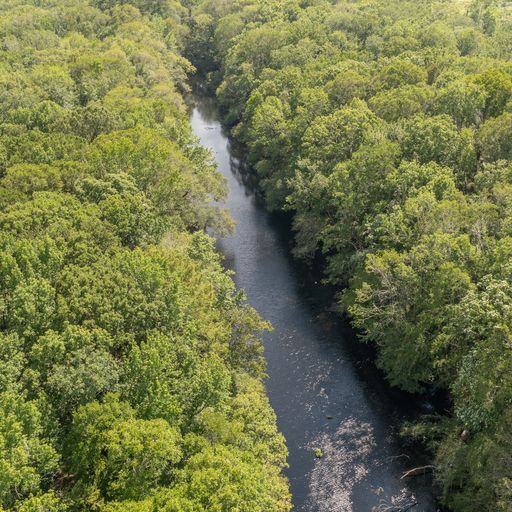 Aerial view of Buckfield, at the intersection of Jasper and Hampton Counties near Yemassee. Paul Nurnberg/Provided 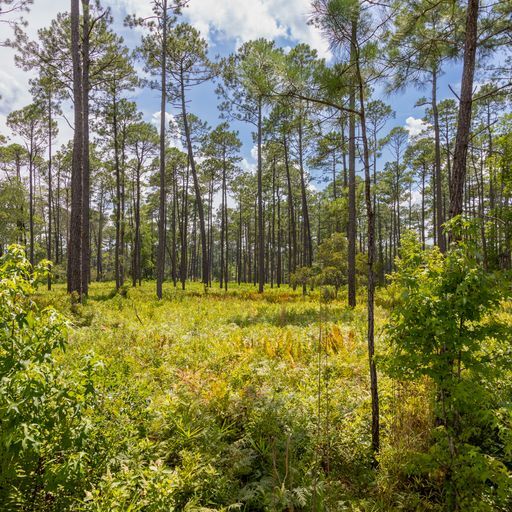 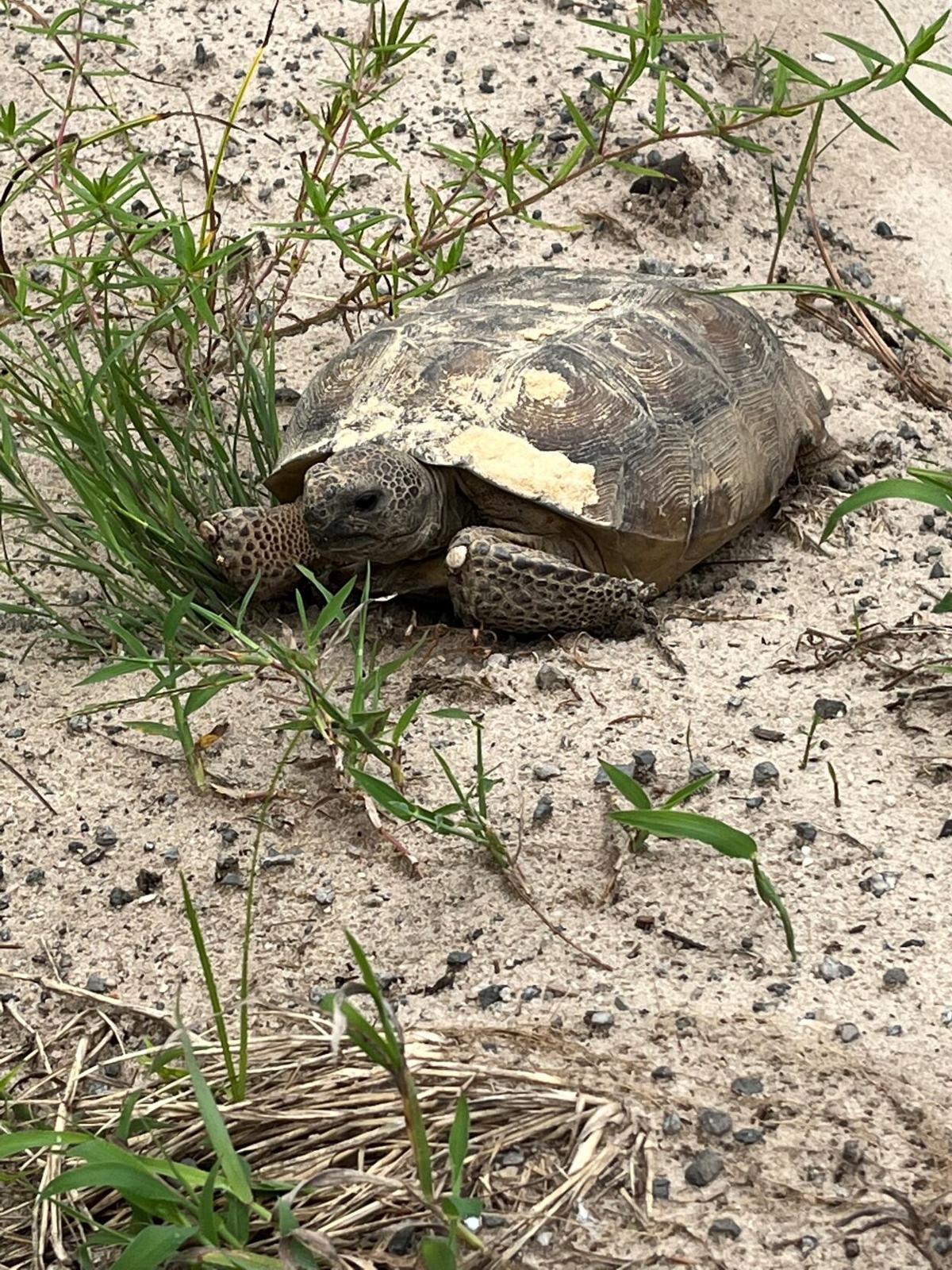 YEMASSEE — Environmentalists can be a gloomy lot these days. But on a mild, overcast morning in late August, bumping over a longleaf-pine savanna where Jasper and Hampton counties meet, Matthew Williams and Patrick Moore were enthusiastic about the fate of South Carolina's flora and fauna.

"I'm going to ... keep a lookout for gopher tortoise," said Williams, one of the lead fundraisers for The Nature Conservancy in South Carolina, craning his neck out the pick-up window.

"They're awesome animals," said Moore, a senior project manager for the Open Space Institute. "Aside from the cool burrowing, tortoises support 350 other species of plants and animals."

Many of those plants and animals, along with hundreds more, live on 7,300 acres of farmland and forest known as Buckfield. In recent decades, private owners have used the land for timber production and hunting.

When it became apparent the property was going on the market, The Nature Conservancy scrambled to raise more than $16 million to buy half of it in June.

The Open Space Institute is buying the other half this year.

The conservation groups' entire parcel, along with an adjacent 5,000 acres owned by the Open Space Institute, will eventually be managed by the state Department of Natural Resources. It will be open to the public.

It's hard to say which feature of the property Williams and Moore are most excited about.

Buckfield has "something like 32 miles of stream, 5 miles of the Coosawhatchie ... and one of the most impressive swamp cathedrals you've ever seen," Williams said.

Chiming in from the back seat, Moore wondered if people in Charleston or Hilton Head Island, both a little more than an hour away from Buckfield, knew how special the area was.

"You've got this incredible place that has these fox squirrels and indigo snakes and crazy land-dwelling tortoises and woodpeckers, wildflowers and pitcher plants," he said. "It's a world-class resource."

The place is certainly pretty. On the savanna, brush and ferns create a stiff green carpet. From time to time, the narrow, bare trunk of a longleaf or loblolly sticks up like an exclamation point.

Eventually, the flat land drops off into a sylvan glen, where Williams and Moore drop fishing lines into a dark, slow oxbow of the Coosawhatchie. The river water looks black, Williams explained, because fallen leaves stain it like tea.

Over the two hours that Williams and Moore poked around the property, they imagined all who can benefit from it: deer hunters and quail hunters; locals and tourists; freshwater fishers and ATV-ers; mountain bikers and horseback riders; humanity itself.

"Have you ever heard of the Pacific yew?" asked Moore.

The tree grew in the understory of trees being cut for lumber. They were burned as trash to near extinction. Then scientists figured out they could be used to treat some kinds of breast cancer.

The Pacific yew, Moore said, shows why it's important to protect places like Buckfield, home to a wide variety of plants and animals. "Biodiversity has this inherent value for the things we know about ... but also for the things that we just hadn't figured out yet," he said.

"Biodiversity is also important just for the survival of the human species," Williams said. "If we have a collapse in our natural systems, we're next."

As part of a larger conservation strategy, then, Buckfield is a critical piece. For about 10 minutes, Moore and Williams gazed at a map, showing how Buckfield and other protected land could help maintain the state's ecology and clean water, even as its population grows.

Buckfield sits at the headwaters of the Port Royal Sound, Moore pointed out. Even if people who live in Hilton Head never make their way there, they should still care what happens in Jasper County — "because so goes the Broad River, and ultimately the May River," Moore said.

There's a lot of good stuff happening with conservation in South Carolina, both men agreed. But, sounding a note of caution for the first time, Moore added, "Councils change, and county administrators change, and recessions happen and, you know, vigilance is required."