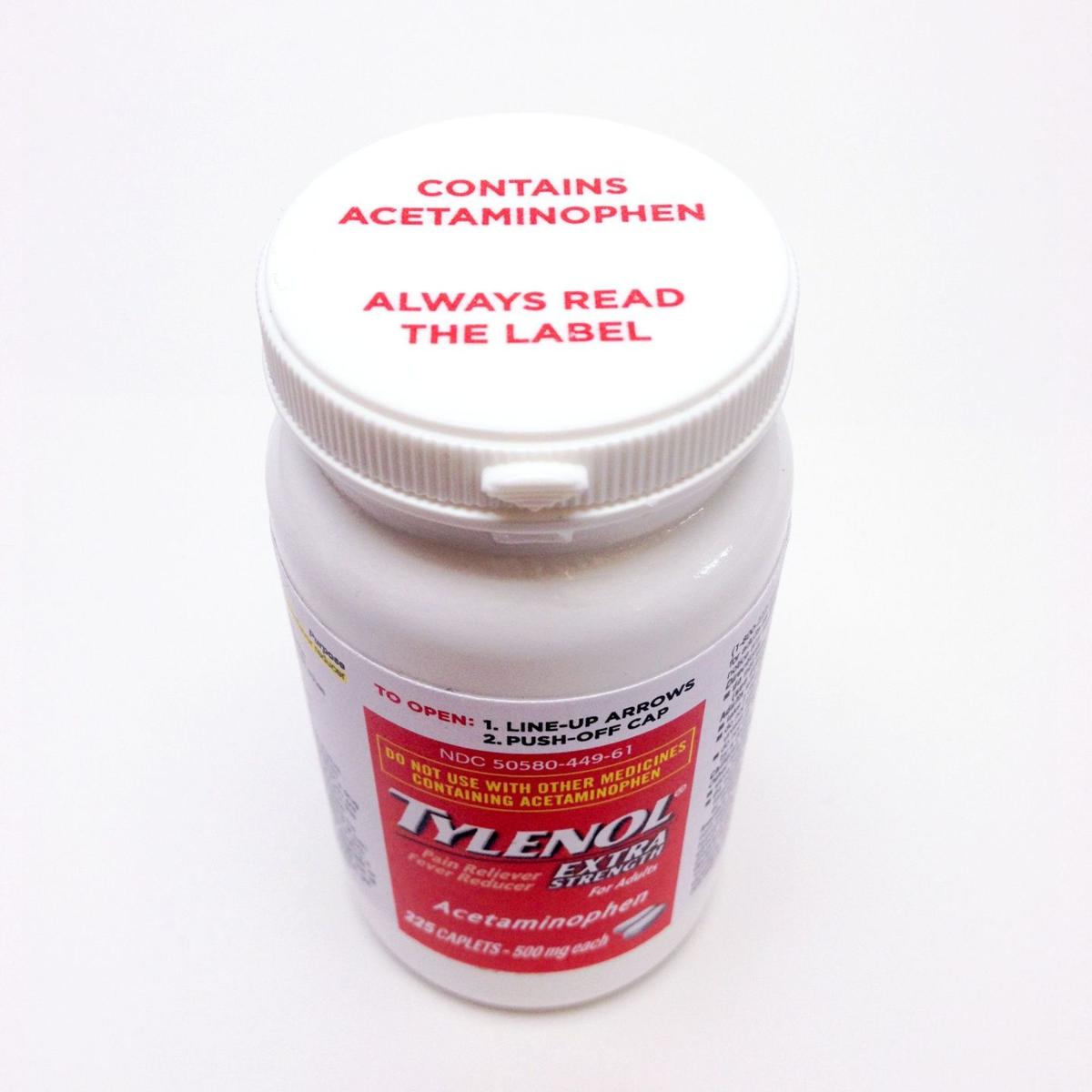 Two studies recently published by one of the country's leading medical journals raise questions about the use of acetaminophen or cannabis during pregnancy. File/Johnson & Johnson/AP 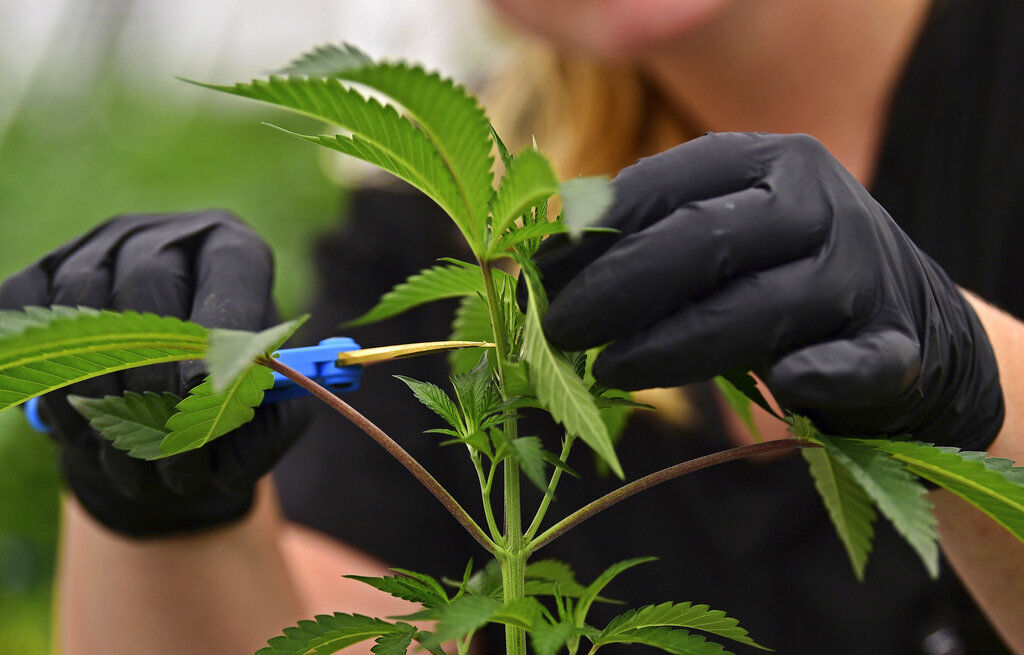 An employee at a medical marijuana cultivator works on topping a plant in Eastlake, Ohio, in 2018. File/AP 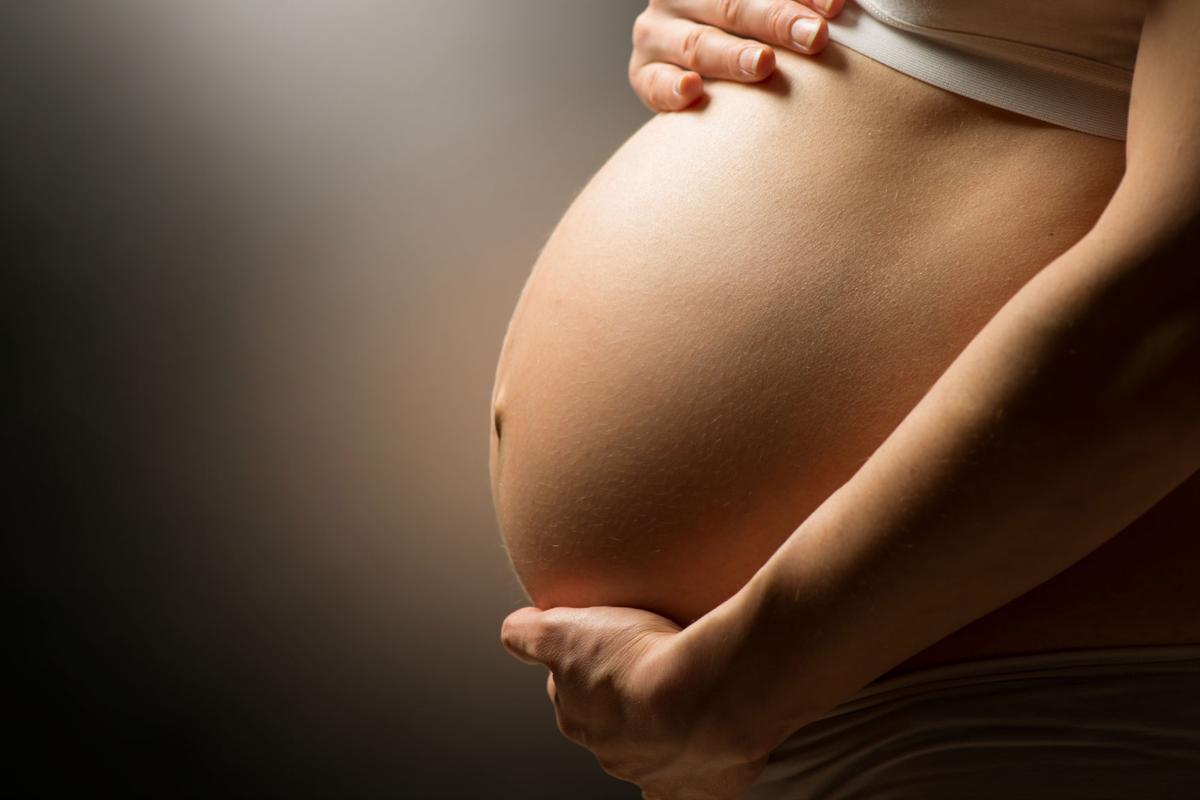 Two separate studies recently published by one of the country's leading medical journals raise questions about the use of certain drugs during pregnancy. Dreamstime

Two separate studies recently published by one of the country's leading medical journals raise questions about the use of certain drugs during pregnancy. One of the drugs — marijuana — was already widely considered by doctors to be unsafe for pregnant women. Meanwhile, the other drug is perfectly legal and can be found in most medicine cabinets; it's brand name is Tylenol.

The Journal of the American Medical Association, called JAMA, published both studies in late September.

The paper involving cannabis use during pregnancy found that children who were exposed to the drug in the womb more likely suffered from issues with brain development and social problems during adolescence. The study analyzed data from thousands of children who are enrolled in the ongoing Adolescent Brain and Cognitive Development Study.

Of 11,875 children, ages 9 to 11, who are participating in the project, 655 were reportedly exposed to cannabis in the womb. Ryan Bogdan, the senior author of the cannabis paper, who is affiliated with Washington University's St. Louis School of Medicine, explained in a JAMA podcast published alongside the study that cannabis use is increasing worldwide and that trend holds true for pregnant women.

In the early 2000s, Bogdan said, about 3 percent of women reported marijuana use during pregnancy. In recent years, it has more than doubled to 7 percent, with some of the largest increases seen among women who report near-daily or daily cannabis use while pregnant.

Dr. Scott Sullivan, a maternal-fetal specialist at the Medical University of South Carolina (who was not involved in the cannabis study), said the results of the paper didn't surprise him.

"Marijuana use has doubled in my career," Sullivan said. "We want to get the word out that there may be significant, long-term effects from it."

Like alcohol use during pregnancy, cannabis immediately impacts the receptors on the developing brain of an unborn baby, he said.

"It's a dose problem, too," he explained. "If you’re using marijuana to get high or treat nausea or whatever the reason, you’re dosing it for an adult. A fetus is ... getting a tremendous dose compared to what the adult gets."

OB-GYNs have agreed for many years that cannabis use during pregnancy is inadvisable. Dr. Lauren Hamilton, the physician director for women, infants and children at Roper St. Francis explained that the American College of Obstetricians and Gynecologists issued national recommendations three years ago telling doctors that they should discourage their pregnant patients, as well as women who are even contemplating pregnancy, from using marijuana.

"This study really echoes that opinion," Hamilton said. "ACOG has done a thorough job of researching this. I think it’s pretty clear."

The study, which involved 345 children and was conducted by doctors and psychologists in the U.S. and Canada, found that when acetaminophen was detected in a newborn's earliest stool, it was associated with increased odds of the child eventually being diagnosed with attention-deficit/hyperactivity disorder (ADHD).

"The nice thing about this study is it doesn’t rely on (a mother's) recall," said Sullivan, with MUSC, who wasn't associated with this research either. "What it does is raises some questions that should be answered."

Sullivan explained that future studies should consider why mothers were taking acetaminophen to begin with. Was it due to fever? Was it due to pain? And if so, could the mechanism triggering ADHD be linked to an underlying issue, such as an infection?

"We need a lot more data on that before we would declare Tylenol dangerous," he said. "(The study) asks an important question that hasn’t been asked in this way before."

Lesley Rathbun, a certified nurse-midwife who owns Charleston Birth Place in Mount Pleasant, agreed with Sullivan that she needs more research before she stops recommending Tylenol to her patients, explaining that the study "raises more questions than answers."

Particularly in light of the opioid epidemic, "Tylenol has become the go-to pain med," she said. The nurse-midwives at Charleston Birth Place often recommend their patients use Tylenol PM near the end of pregnancy when women tend to experience more discomfort and may have trouble sleeping.

But, she added, "just being pregnant doesn't mean you need to be in pain" and Rathbun doesn't recommend unchecked Tylenol use during pregnancy. If a patient is in pain, Rathbun and her team try to find the root cause of the discomfort and come up with ways to treat it more effectively. Some women, for example, benefit from physical therapy, chiropractic care or prenatal massage during pregnancy for pain relief.

"There are so many things you can do before you get to Tylenol," she said.