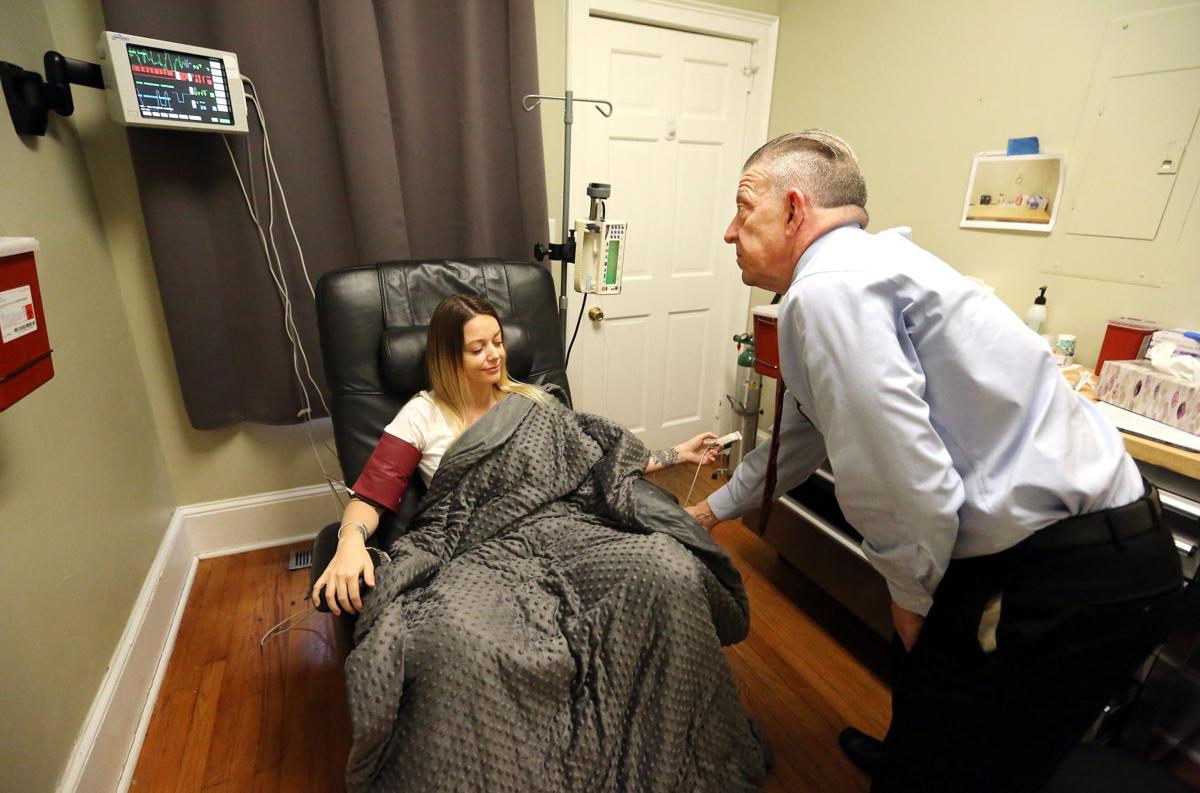 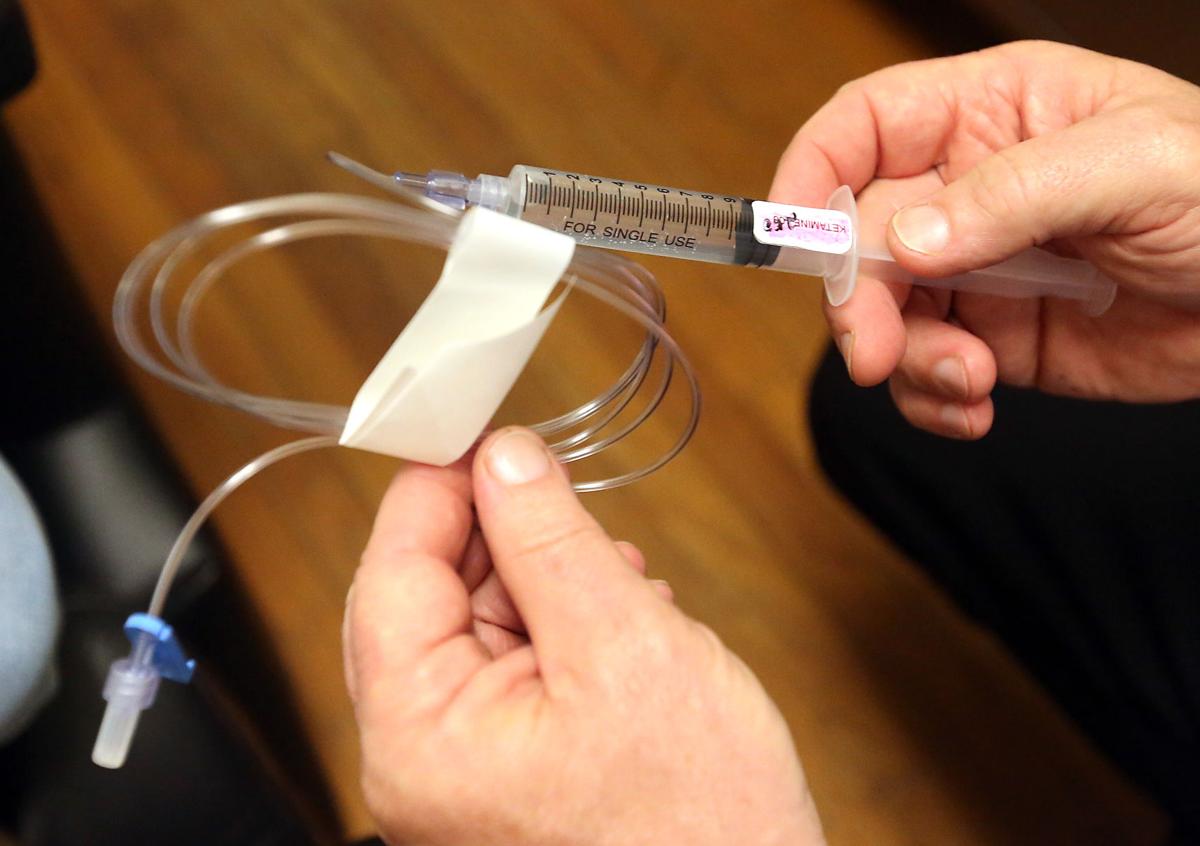 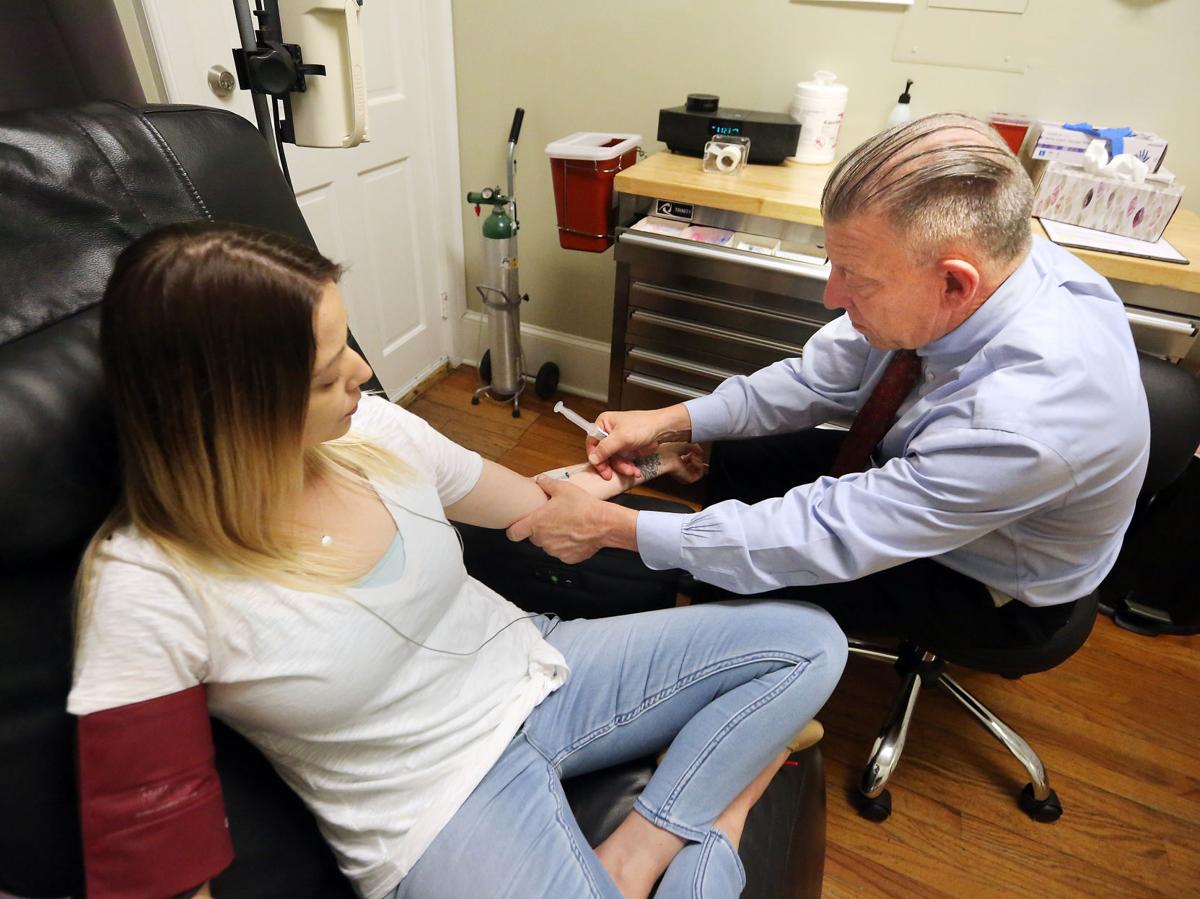 A potentially life-saving treatment for depression recently got more convenient with the introduction of a new nasal spray called esketamine — a drug treatment that the Medical University of South Carolina helped research.

“This is probably the most exciting thing I’ve worked on," said Dr. Robert Malcolm, an MUSC psychiatrist that led the institution's research on the medication. "It is a breakthrough."

In 2016, the Centers for Disease Control and Prevention reported that over 8 percent of Americans had depression within a given two-week period. During that same year, 11 percent of South Carolina high school students reported experiencing at least one major depressive episode, according to the U.S. Department of Health and Human Services.

“Depression is a common illness in South Carolina," Malcolm said.

For the past few years, Malcolm conducted research studies and the new esketamine treatment was a part of that. With a number of patients having a good response to the medication, those people will continue to receive the medicine until it’s fully on the market, he said.

When the medication is officially available to the public, it will be recommended to use where other anti-depressants are either unsuccessful or in need additional enhancements.

The medication, which will be marketed as Spravato, was officially approved by the Food and Drug Administration for the treatment of depression this month and was immediately followed by a collection of mixed reviews.

Where many experts see the new nasal spray as a breakthrough for its rapid treatment of depression symptoms in a matter of minutes and hours, issues around cost and a lack of certainty of long-term effects have also introduced skepticism.

"It’s exciting, but we have reservations," Malcolm said.

The groundbreaking treatment is an evolution of a popular and somewhat similarly scrutinized infusion therapy with an anesthetic called ketamine.

Where now ketamine is also sometimes used as a very rapid treatment of depression symptoms, historically, it's a popular anesthetic that doesn't interfere with a person's ability to breathe while providing general anesthesia. Today, it's also used as a pediatric anesthetic.

Around the 1990s, Yale University discovered that it was effective and incredibly efficient in treating symptoms of depression. But before that, in the 1970s and the 1980s, it was also a popular club drug referred to as "Special K" because of one of its side effects can be hallucinations. This is where some additional scrutiny and regulation of ketamine and esketamine, which has similar side effects, comes from.

Both treatments are recommended to use when anti-depressants haven't been effective. To get treated with ketamine, patients must connect with a specialized clinic that offers the treatment via an IV drip.

Similar to ketamine, esketamine won't be available over-the counter even though it's a nasal spray.

“I think people are concerned that this could be abused as a nasal spray,” Malcolm said. “People could take it with them.”

Patients will have to be treated in clinics to receive a dose of esketamine. Though a nasal spray component of ketamine is already prescribed, that specific medication is much milder and a little different than the esketamine that was recently approved by the FDA.

“It’s a wonderful step forward," said Dr. Richard Bowen, owner of the Charleston Ketamine Center, who has done more than 2,000 infusions with the anesthetic.

One of the most prominent criticisms of ketamine has always been the cost, and the new esketamine doesn't look like it will be any different. Where an average cost of six initial ketamine infusions is around $500 per infusion, a one-month initial treatment of esketamine is probably going to cost between $4,000 to $6,000.

Both Bowen and Malcolm find the pricing to be incredibly unfortunate considering the severity of depression.

“What a lot of people don’t realize is that depression is frequently a terminal illness," Bowen said.

When anti-depressants weren't having an impact on her depression and were sometimes making her symptoms worse, she sought alternatives. Though initially nervous and skeptical about using ketamine, she felt more at ease after looking at how much experience Bowen had with the treatment.

“Those initial six treatments were very positive," she said. “That was the first time I had felt hopeful about a treatment in 10 years.”

She said if Bowen recommends the new nasal spray, she will gladly use it.

With esketamine an FDA approved treatment, the hope is that more insurers will cover the cost for patients. One of the demographics Malcolm thinks will benefit the most is veterans.

In 2016, the Department of Veteran Affairs reported that the suicide rate for South Carolina veterans was much higher than that of non-veterans in the state. In Malcolm's experience, he found esketamine and ketamine to be a good treatment in immediately addressing suicidal thoughts and tendencies.

He said it also works where other medications have failed.

David Thomas, 76-year-old Army veteran and Greenville resident, said he has been using ketamine for about eight years. Without the treatment, he said, he would definitely be dead.

"Because I was suicidal, I don’t have any doubt about it," he said. “Saved my life, no question in my mind.”

With combating issues like post-traumatic stress disorder, Thomas hopes that esketamine will be a helpful alternative that will allow for him to get more assistance from the veterans hospital in addressing the cost. Currently, to get a ketamine infusion, he often has to pay out-of-pocket.

“I think it’s going to be wonderful," he said.

Though long-term symptoms of both the anesthetic and the new nasal spray are still being researched and determined, experts don't denounce the impact of the FDA approving the medication. The hope is that in the future the treatment will be cheaper and possibly available even orally.

At this point, Malcolm said he trusts the medication to be successful.

“We’ve done three studies with the nasal spray," Malcolm said. “We’ve been working with this compound for a long time.”