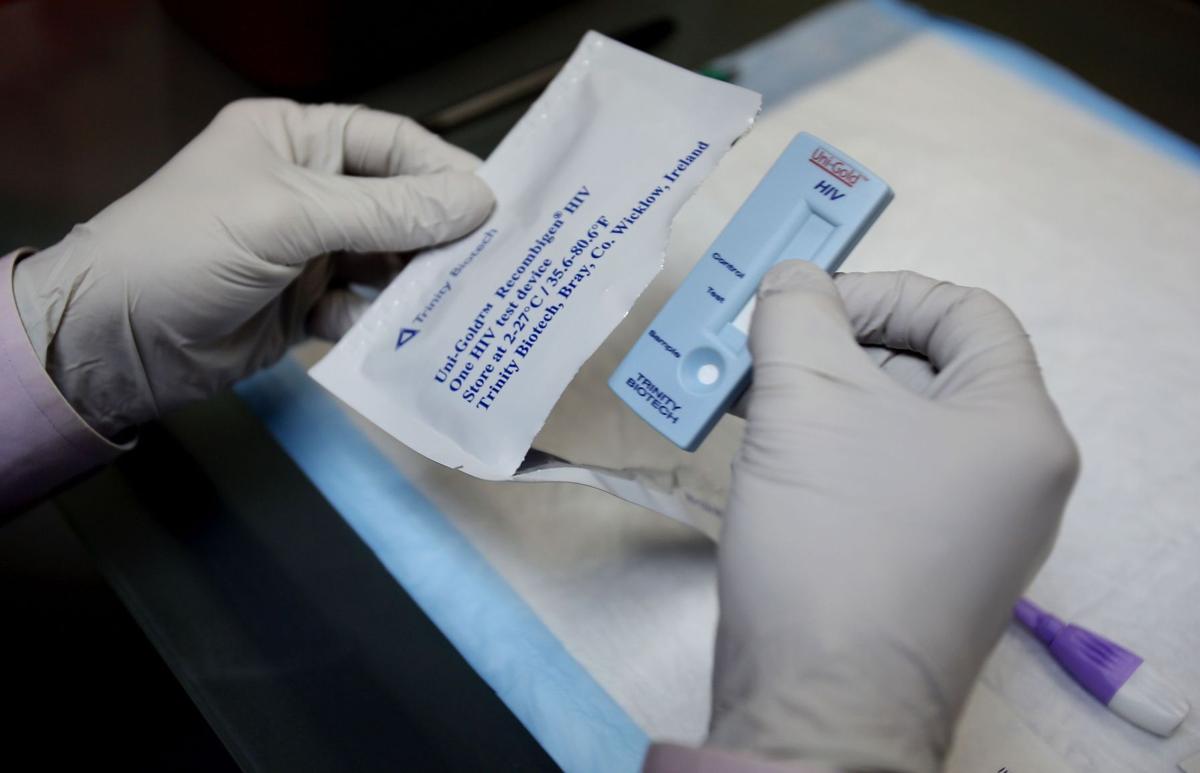 Lowcountry AIDS Services in North Charleston administers HIV tests, such as the one pictured here, for free. File/staff 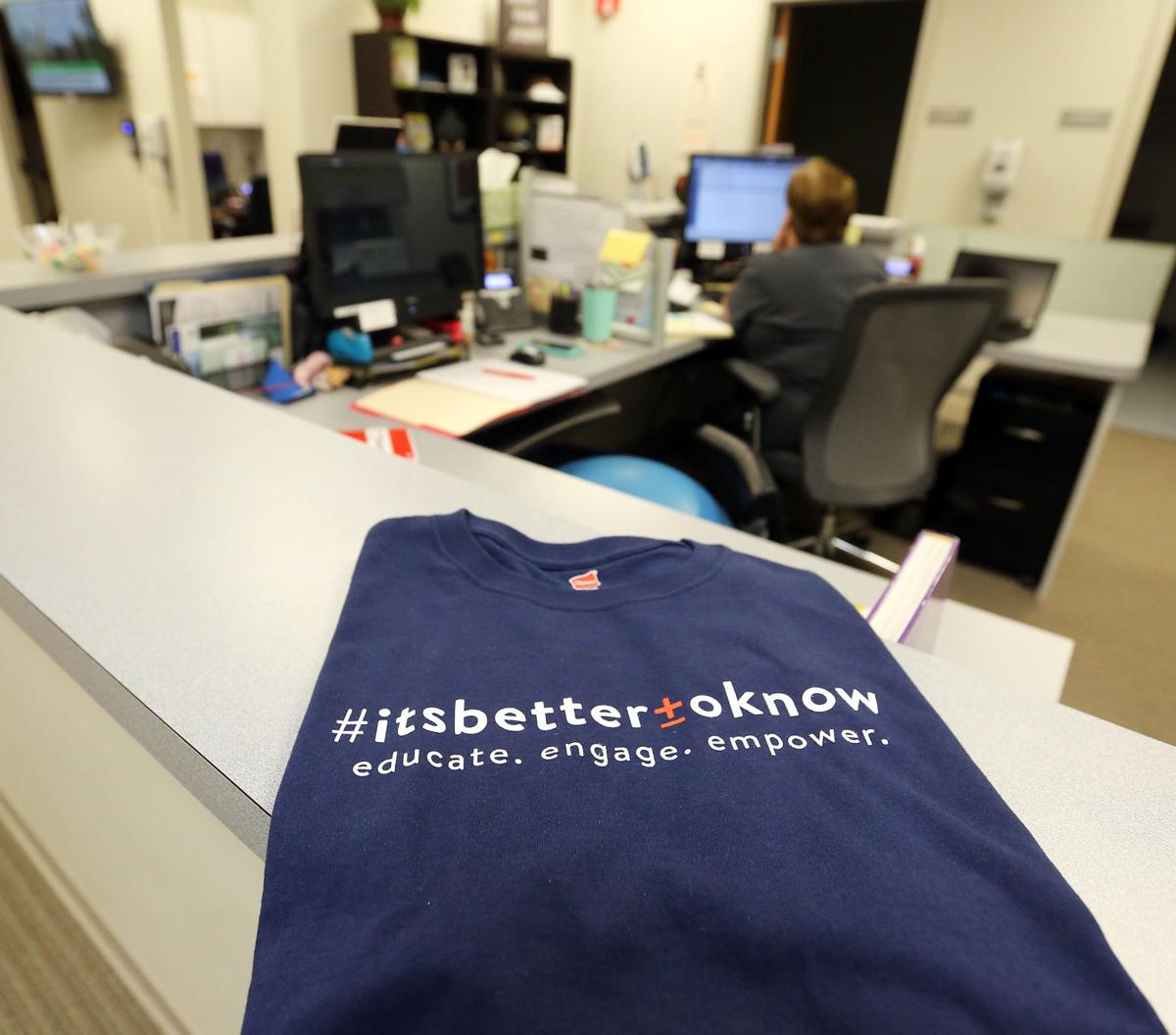 The Ryan White Wellness Center at Roper St. Francis hands out this shirt to raise awareness about hepatitis C and HIV. Brad Nettles/Staff

Lowcountry AIDS Services in North Charleston administers HIV tests, such as the one pictured here, for free. File/staff

The Ryan White Wellness Center at Roper St. Francis hands out this shirt to raise awareness about hepatitis C and HIV. Brad Nettles/Staff

More patients tested positive for HIV at Lowcountry AIDS Services in January than during any other month in the group's 27-year history.

The support clinic tested roughly 130 people last month and seven of those tests were positive — an abnormally high number.

"People think HIV and AIDS are a thing of the past," said Adam Weaver, prevention program manager for Lowcountry AIDS Services. "It’s really not."

By comparison, 20 people tested positive for the virus in all of 2017, the organization said. Typically, one or two patients test positive each month.

Roper St. Francis' Ryan White Program also saw a higher-than-average number of new cases in January. The program, which provides comprehensive care for people with a positive diagnosis, had 10 referrals from various health care providers in January. Six to seven referrals is normal.

Kim Butler, director of the program, said the numbers are "troubling." She pointed to a couple of possible reasons: Many people are moving to Charleston; there is a perception that HIV is not as serious as it was before; and testing for the virus remains poor.

In the Southeast especially, sex education lags and testing is not as regular as it should be,  she added.

"Just living in the South alone is a new risk factor for HIV," she said.

The number of positive HIV tests identified among Medical University of South Carolina patients was not abnormal last month. But the January numbers reported by Lowcountry AIDS Services and the Ryan White Program reflect concerns from other public health agencies the disease may be making a comeback. HIV experts are particularly worried about the rise of HIV among young black men who have sex with other men.

Weaver could not disclose identifying information about the seven people who tested positive at Lowcountry AIDS Services. He said they were a mix of black and white people. All were young adults under 30 who live in the Lowcountry. He would not disclose their genders.

HIV is the virus that causes AIDS. It is considered a "life-threatening or severely disabling disease," according to the Department of Health and Environmental Control.

Tommy Crosby, a spokesman for the department, said it is possible some of the people testing positive at Lowcountry AIDS Services had already received a positive test before.

There were on average 67 newly diagnosed cases per month in the state between January and October 2017, according to DHEC data. There is about a 3-month lag in counting, Crosby said.

He pointed out it is possible the increased numbers could be reflective of improved screening.

"There is not necessarily an increase in new infections," he said.

The agency funds a number of community organizations like Lowcountry AIDS Services to do testing, and requires some of those groups' efforts to be targeted to the African-American or other minority populations.

There were 4,606 people living with HIV and AIDS in DHEC's Lowcountry region as of December 2016. That figure represented about a quarter of the state's cases.

The average number of newly diagnosed cases has hovered around 700 per year in South Carolina between 2011 and 2016, DHEC reported. Numbers for 2017 are not yet posted online.

In the Lowcountry region, African-Americans were nearly eight times more likely to have a positive HIV test. The majority of those cases have been young black men who have sex with other men.

Weaver said no new cases have been identified by Lowcountry AIDS Services in February so far. All of the organization's services are free. Confidential HIV tests are available; no appointment is needed.

At MUSC's emergency department, everyone who is given a blood draw is tested unless they opt out, said Valerie Assey, a nurse administrator in the hospital's Division of Infectious Diseases. More than 11,000 tests were done between February and December 2017, Assey said.

Therapies now exist for treatment of HIV/AIDS. Most recently, the biopharmaceutical giant Gilead was approved to begin selling a daily medication. Costs for treatment remain high — Gilead's drug will cost about $36,000 per year, Reuters reported.

Improved treatment means that HIV/AIDS is no longer considered a probable death sentence. People can lead largely normal lives, experts said. The likelihood of transmitting the disease to other people once they begin regular treatment has also declined.

Managing the disease can be exhausting for her patients, so much so she said fatigue associated with maintaining HIV treatment was the No. 1 reason her patients sometimes still die from it.